Week fourteen has been dedicated to quitting the swaddle.
We were fully addicted.
Kenley didn’t hate it and she was sleeping so well.
If it ain’t broke, don’t fix it, right?
So we spent a week [or more] researching, reading, and discussing when and how we should quit it
and decided to just quit cold turkey on Friday night.
It had to be a weekend night just in case we didn’t get any sleep.

The first two nights were flawless. Awesome.
Since, we’ve been up a few times each night consoling her back to sleep
because she was woken up one way or another and hasn’t quite figured out her self soothing mechanism.
We’ve swapped one vice for another. Now that she’s really loving her tootie,
we can give it to her and majority of the time, she’s back asleep.
Other times do require some rocking or shhh-ing.
It’s still a work in progress, but we’ve officially retired the swaddle.
(Even though it crossed my mind last night after the second or third time up
to just put her back in it “just for tonight”… but I resisted, thankfully).

She can’t get herself back to sleep at night, but she sure can fall asleep while playing with her toys.
Hilarious.

Pay no attention to her lovely outfit. She had a little accident at school apparently. 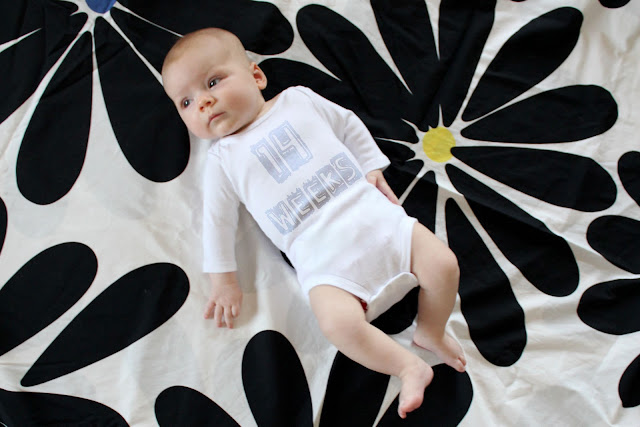