Let me just start off by saying that going to NIRSA not pregnant
is way better than going to NIRSA pregnant like I did last year in New Orleans.
I’ll even go out on a limb and say that Tampa trumped NOLA by a LOT, but I may be biased.

I headed over to Tampa this week to learn more about the field of recreation,
sport clubs, higher education, and student development, which I love.
I’ll fully admit that I’m a nerd.

This week could not have worked out any better
with my parents and Kenley having the same spring break.
We cannot thank them enough for keeping her during the day
and helping out Greg at night while I was away.
I’ve been getting the question a lot why she has spring break to begin with…
Kenley’s new school is a charter school that operates on the Orange County schedule,
but has children infants to third (soon to be fourth) grade.
So yeah, Kenley has spring break!

Tampa was awesome!
It was hard to believe that I was just two hours away from home.
It was so nice to see that water and the weather was phenomenal.
We were right downtown and in walking distance of everything.

I was a little stressed leaving Kenley and had to be very strategic about blocking time off to pump,
which I thought was going to be hard with a jam packed schedule,
but I managed and the fam came over one day to visit, so that was great.
Overall, it was a very successful trip away and it was great to see old friends and colleagues.

View from the 15th floor!

View from the convention center!

Happy to see the little nugget!

Met up with Kim for a delicious seafood dinner!

Nick and I were GAs together back in the day

Cheerwine at our Region II meeting thanks to North Carolina!

Kenley is kickin’ it with Grandma and Grandpa this week while she is on spring break. 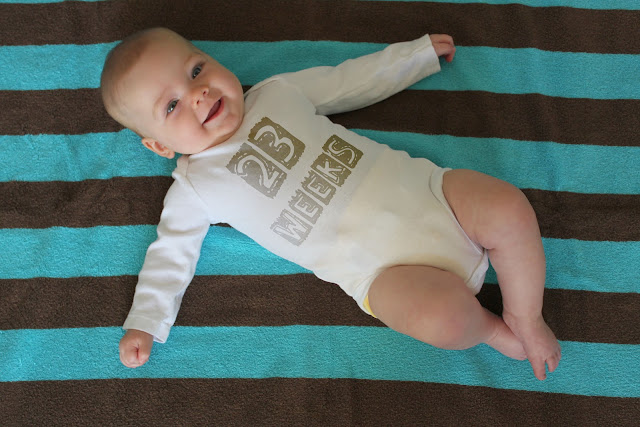 Misha started posting pinspiration projects, obviously inspired by Pinterest,
so I thought I’d join the fun with our latest project!

I pinned this a while ago and we have talked about framing our bathroom mirrors ever since,
but we finally got around to it this weekend, thanks to Greg deciding the time is now!

We hit up Lowe’s on Saturday, obviously, because Lowe’s knows.

We got our supplies.

Gotta love the standard builder light fixtures.
Don’t worry, that one bulb has been out for months.

The first parts were easy,
measure the width and height of the mirror,
cut the 1 x4 and trim, then spray paint it white.

After the spray paint was dry, it was time to glue with the liquid nails.

We started at the bottom and worked our way up.
I say “we”, but Greg did majority of the work… he’s a rock star.

Then we made the decision to change out the light
because the original crown molding we chose blocked the light.
Big win for us. Great decision on our part.

The hardest part of this project was figuring out how to cut the crown molding,
especially on the side that is not flush against the wall.
We used a miter saw to cut the molding at a 45 degree angle to do an outside corner cut
that you can see on the left side of the mirror.

Our original piece of crown molding was very tall, which ended up blocking the lights and didn’t look good at all.
So back to Lowe’s we went for a third time and picked out a different crown molding that was shorter and more awesome.

We are so happy with the final project and can’t believe it’s the same bathroom.
Such an easy upgrade to the standard mirror and lights that the builders install.

excited for grandma and grandpa to get here

saturday errands including lots of supplies from lowe’s

doing such a good job sitting up

baby feet on crunchy grass for the first time

aaaaand, we’re back at lowe’s
project is complete, pics to come

so excited for grandma and grandpa to visit!

No joke.
This girl has a serious death grip.
And it doesn’t matter what it is.

I think her favorite thing right now is my hair.
And of course my hair is already falling out all over the place (thank you postpartum hormones)
so this doesn’t really help the matter.
She doesn’t just grab it either. I mean, she GRABS it. And doesn’t let go!

However, she does make up for it because when she sleeps she loves grabbing
her pink rabbit, pink bear, or taggy blanket (we change it up)
and it’s the cutest thing I’ve ever seen.
She rubs them against her face, snuggles them, and doesn’t let go all night long.

She’s also very fond of toys, other people’s fingers, her own feet, blankets, and Sophie.
Sometimes she’ll just start grabbing for things, in thin air, when there is nothing around.
It’s rather funny. 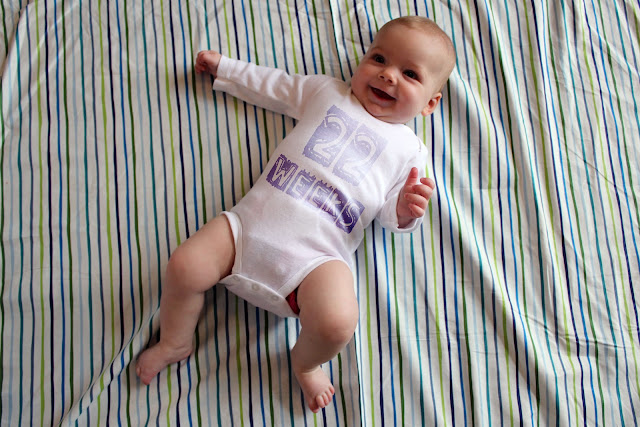 On another note, after coming back and looking at this picture,
I really need to work on my photography skills.
I do realize that it looks like she has no eyes in this picture.
My apologies.

She is so alert and is constantly looking around to see what’s going on.
She’s still drooling a lot but there are no signs of any teeth ready to peek through.

She’s been doing a great job sitting in the Bumbo and against the Boppy
and even has sat up a few times on her own, but only for a few seconds before she gets wobbly.

We are still in the stage where we can leave her on the playmat and she pretty much stays put,
which is a luxury I know we won’t be enjoying for too much longer.

She also does her impression of Superman slash a skydiver all the time.
Arms back, feet up, and chest off the ground.
I have no idea how she does it because Greg and I both tried and it’s hard!

She definitely is a happy baby (majority of the time), talking, smiling, and laughing.

She is still in some 3-6 months clothes, but is quickly moving into 6-9 months.
She is in 6-12 months in some brands (which seems like a very wide range for baby clothes, in my opinion),
and just moved up into 9 months Carter’s pjs.
The 9 months are just a tad big and the 6 months are just a tad small,
so we’re in the in-between stage now, but it seems like pjs become too small before anything else.

One thing is for sure. This little girl loves her daddy.

hanging out with mom and dad on a friday afternoon.

watching some basketball with jeremy.

celebrating st. patrick’s day and a hoosier victory with my first guinness.

post-church lunch date with karen. we went to iu together!

so happy she got to meet kenley.
kenley was excited too.

we had a wonderful, eventful weekend.
sorry for the lack of photos.

how was your weekend??

I am in a love/hate relationship with daylight savings time.
Last November, I remember being so confused at 2:00 in the morning,
trying to figure out how long it had been since her last feeding,
what time was it really, what time did she think it was,
all while being completely delirious from lack of sleep and having a 4 week old.

Now we have a 4 (almost 5) month old who slept until 6:45am on Monday morning.
While that is awesome, it also stinks because it has completely thrown off her eating schedule the past few days.
She’s on a pretty set schedule so it’s been tough changing it up an hour.
Yes, one silly little hour, but what can you do?
She now goes to bed when it is still somewhat light outside.

DST has, however, been good for our work out schedule.
We are definitely able to take longer walks in the evening since it’s lighter later.
So, that’s good at least.

We’ll continue working on our eating and sleeping schedule the rest of the week and weekend
and I’m sure we’ll be back to normal in no time. 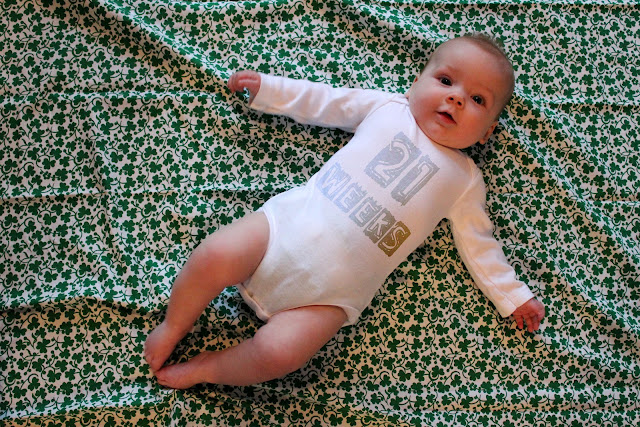 One of the many perks of living in Florida is spring training baseball!
With Greg being a huge baseball fan, we usually try to hit up at least one game each year.
The Grapefruit League has teams all over the state of Florida and several in central Florida.
The Atlanta Braves spring training facility is right down the road at the ESPN Wide World of Sports.

Saturday was Kenley’s first baseball game!
We were lucky enough to come across tickets to the Braves v. Yankees full squad game at Disney.
We were able to see a lot of big name players and the day was absolutely perfect.
It was overcast most of the day plus our seats were in the shade right behind home plate, a rare commodity.

Of course we had to wear our Mets gear to show those Yankees and Braves fans
that we weren’t rooting for either of their teams.
But I’m sure they all fell sorry for us since we are, in fact, Mets fans.

Kenley was great! She rode around in the Ergo almost the entire time
and even had a little rest right when the game started.

Overall, it was a very successful trip and first baseball game experience!
We even captured the little one laughing!
It cracks me up that my obnoxious noises were so funny to her.