I got to pick Kenley up from school on Friday, which doesn’t happen often.
Once I was holding her, she immediately put my finger in her mouth to chew on it.
Low and behold, I felt something. Something that wasn’t there the day before.
I finally got a good look after she was fighting to keep chewing on my finger
and noticed a little tooth poking through her gum.

After all those phantom teething episodes
and everything that we blamed on the “teething”,
she is actually teething!

She has been fine so far :: knocking on wood ::
She’s been a little whiny, but overall, it doesn’t seem like it bothers her too, too much.
We’ve put several teethers in the freezer
but have resorted to a wet washcloth most of the time. 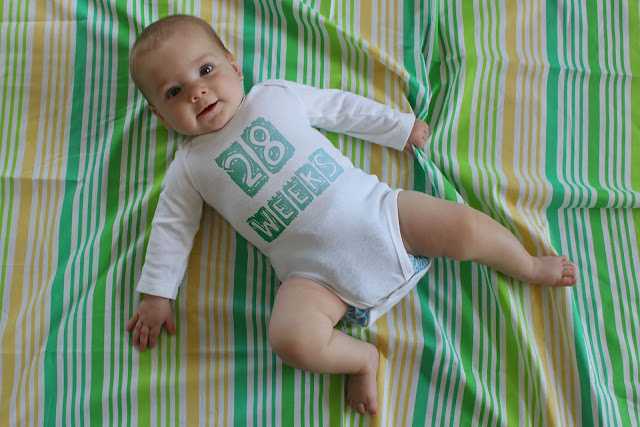 Greg has seen Kenley get up on her hands and knees and start to rock a little bit,
which is both very exciting and a tad bit scary.
I was trying to capture it, but got her laughing instead.
(Ignore the vacuum in the background)

If you help her up on her hands and knees, she definitely does rock back and forth.

She’ll be on the go before we know it… yikes!