There is no doubt that this girl loves food.
She intently watches if anyone around her is eating
and even goes as far as opening her mouth like you’re going to feed her your food.

Right now she’s eating two pureed food snacks a day, one in the early afternoon and one in the later afternoon.
in addition to her five breastmilk feedings a day, ranging from as early as 5am to about 7:30pm.

We have been blending up foods on the weekends
and have decided what to feed her by what organic veggies are in stock at either Publix or Target .
We freeze some of the food, then thaw it mid week for the next few days.

My plan is to get a bunch of fruits and veggies and make a huge batch that will last several weeks,
but we’ll see when we actually get around to that.

I am definitely feeling much better about solid foods,
after her six month check-up and talking to the pediatricians, I felt much more at ease.
It’s fun to feed her and watch her eat; and she likes it, which helps. 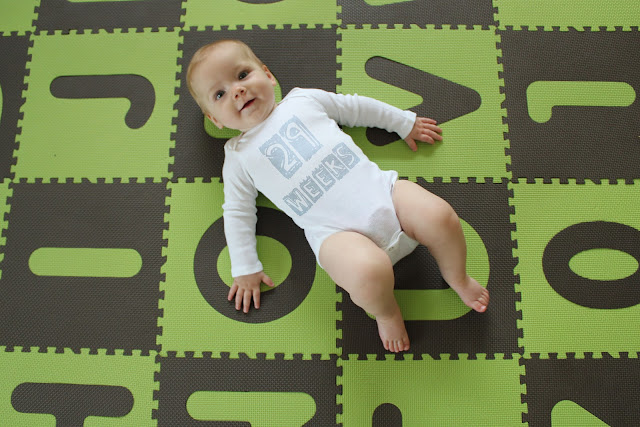