One of the fun things that happened last week was Kenley’s newest trick.
While standing at the coffee table at grandma and grandpa’s house,
she let go and tried to balance herself by standing on her own.
Of course, she immediately plopped down, but this turned into her new found love.

Ever since, she has been trying to stand on her own.
She’s getting more brave every time and will put her hands up in the air, to say “look at me!”
Of course, when the video camera is on, it’s like pulling teeth to get her to do it.
She only stays up for a few seconds at a time, but she’s had some long ones in there,
which as resulted in us cheering, squealing, and encouraging her to keep doing it.
She’s probably thinking we are lunatics. Well, guess what Kenley, we are.

Every so often, she’ll start to “cruise” around the couch or ottoman.
I have a feeling that’ll come very soon. She’s going to get where she wants to go.

I did capture a couple videos. They aren’t great, but you get the picture.

In other news, her other top tooth (number 4) finally broke through today! 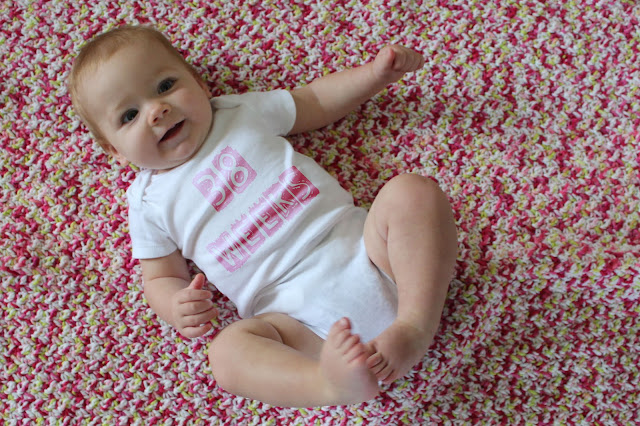