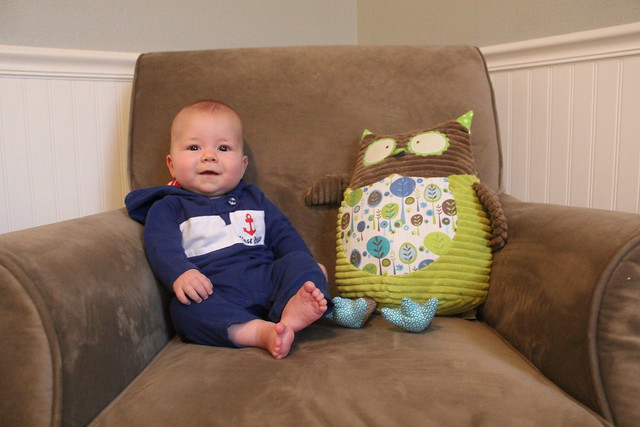 I am happy to say that we’ve made strides in the sleep department in the last month and it seems we have passed the four month sleep regression. Bedtime is 7:15-7:30pm and he will sleep until about 5:30-6:30am. Sometimes he’ll eat as early as 5:30am, others he will wait until closer to 6:30am. This week (since he’s been on spring break), he’s gone back down after his morning feeding and has slept past 7:30am! We occasionally will get up to put the pacifier back in, but that has slowed down considerably the past few weeks (excuse me while I go knock on wood).

We have been using the HALO SleepSack Swaddle

with his arms out (no more swaddle!) and he’s been sleeping well. It was getting small, so I opted to get a regular sleepsack because I am convinced he likes the weight of it on him. Really, I have no idea, I just didn’t want to try to let him sleep without it. If it’s not broke, don’t fix it, right? I ended up finding a Just Born Sleep Sack

on clearance, so I couldn’t pass it up. So far, so good.

We are also seeing a little bit of a nap schedule and at home and we have figured out when to put him down so he doesn’t get overtired. We are still amazed that he can and will go to sleep on his own, which is something that his sister struggled with. 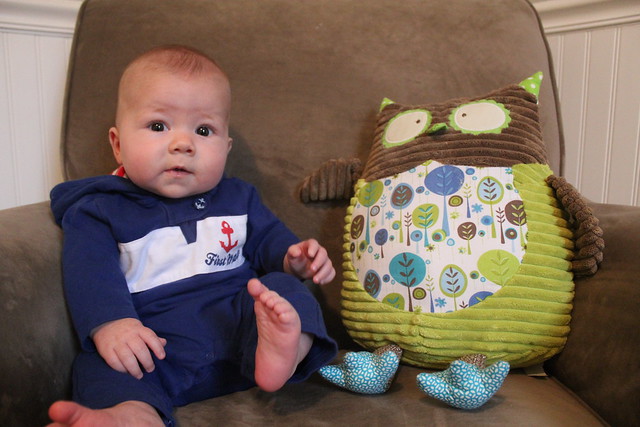 Crosby has also started rolling from his back to his belly! This is a new development this week and you would have thought that we had hit the lottery. We were all so excited. He probably could still be getting some more floor time (versus sitting in the rock n’ play or the high chair) but it’s a little bit harder to do this time around knowing that we have a wild two year old on the loose. He really likes his play mat and bats and grabs at his toys. He is not really showing any signs of sitting up yet, but that will come. I keep reminding myself that he’s going to be on a different schedule than his sister. 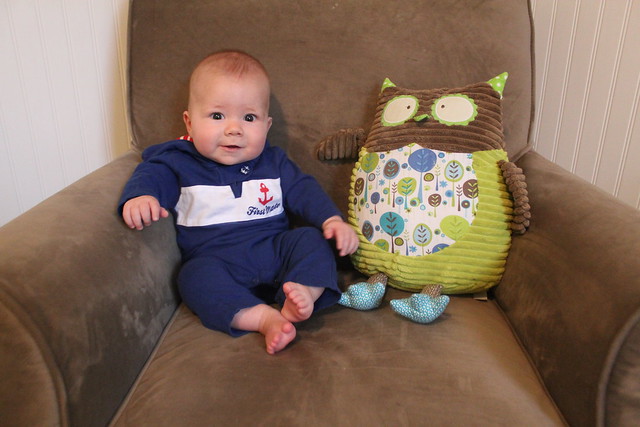 His room has still been a work in progress. We’ve slowly been adding things to make it his own, so I’m hoping I’ll be sharing it soon. At this rate, maybe by his first birthday?

Five month notes:
Weight – Just under 16 pounds by our bathroom scale.
Hair – Lightening up, filling in slowly and a bald spot in the back.
Eyes – Dark blue slash grey
Diapers – Cloth diapers by day and disposables by night, size 2.
Clothes – 3-6 months and some 6-9/6-12 months in pajamas solely because I can’t keep up with the laundry
Likes – NUK pacifier, putting his hands in his mouth, the play mat, playing with his feet, being held, grunting
Dislikes – Being overtired, green beans, the high chair, tummy aches 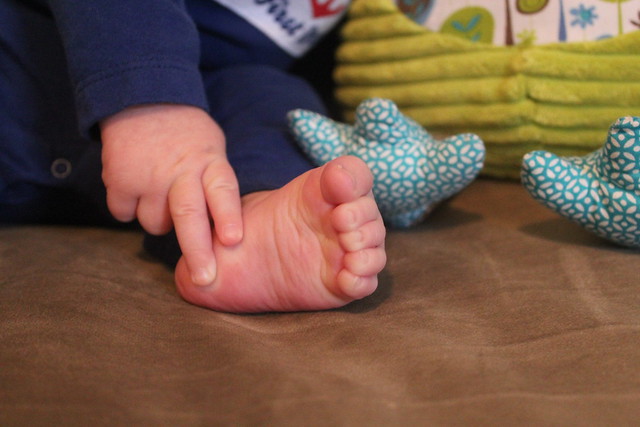 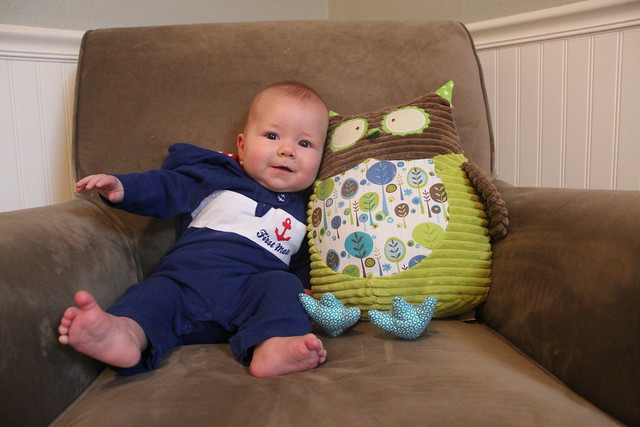