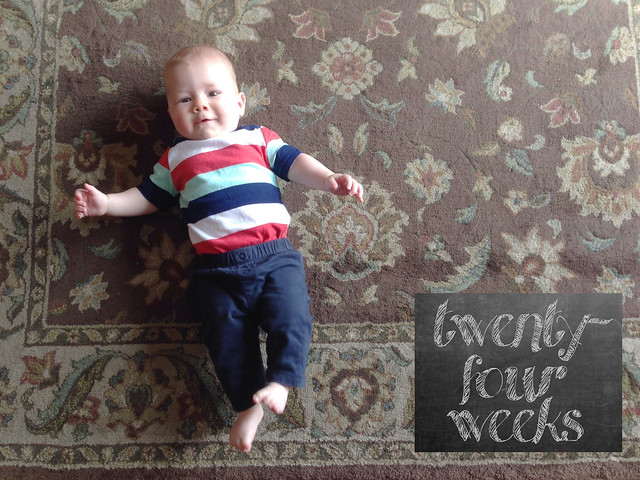 Crosby had a big week!
He went on an airplane for the first time on Friday when we travled to Indiana.
The flight there was awesome and he didn’t make a peep,
even while we sat on the runway for an hour before taking off.
Sunday was a different story, but I knew it wasn’t going to go as well since he was just off the whole day.
We survived though!

He also has found his voice. He talked and talked the whole weekend.

I told someone on Saturday that he loves grabbing his feet, but he couldn’t get them to his mouth yet.
On Sunday, he showed me and started sucking away on his toes during a diaper change. 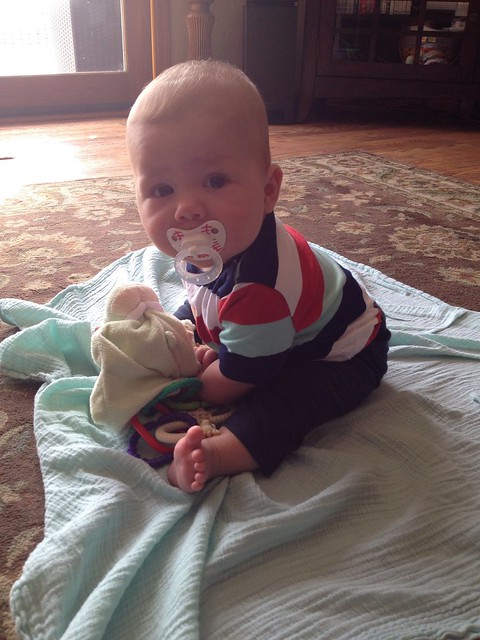 He isn’t actively sitting yet, but he sat up for record time on Sunday.
Long enough for me to snap a picture!
It won’t be too long now before he’ll be able to sit and play with toys.