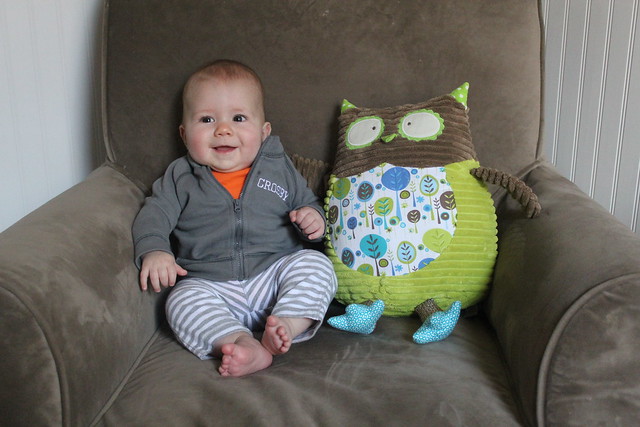 He continues to be very laid back and chill. Majority of the time he is really happy, smiling away. He knows no stranger and will go to and smile at anyone. He has zero teeth and really no signs of any yet. The drooling has picked up over the last couple of days, so I wouldn’t be surprised if one popped up soon. 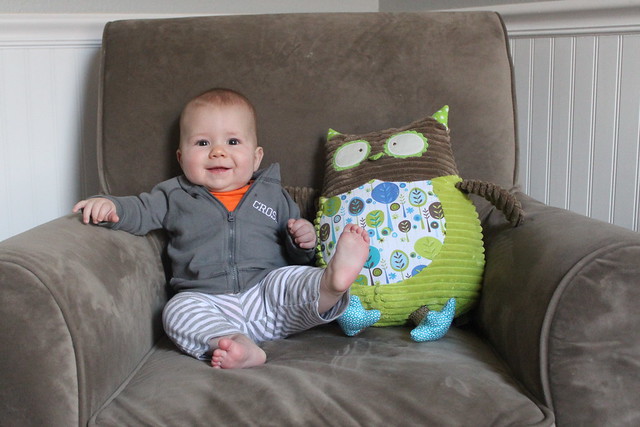 We are finally starting to get into the swing of things with eating solids. I was dreading making all of his food like we did with Kenley, but Greg and I quickly remembered that we both really enjoy it. We haven’t been able to do a huge batch like we would do with Kenley because we don’t have the time (1) to go to Whole Foods and get a ton of food and (2) spend an entire evening making all of it. Hopefully we’ll be able to do that soon. But, quickly making smaller batches here and there has been working out well. Crosby eats two small solid meals a day, one at lunch time at school with his bottle and the other for dinner at home about an hour before his last feeding/bedtime. Overall, he is doing very well. He was not a fan of the green beans at first and still hasn’t warmed up to bananas yet. 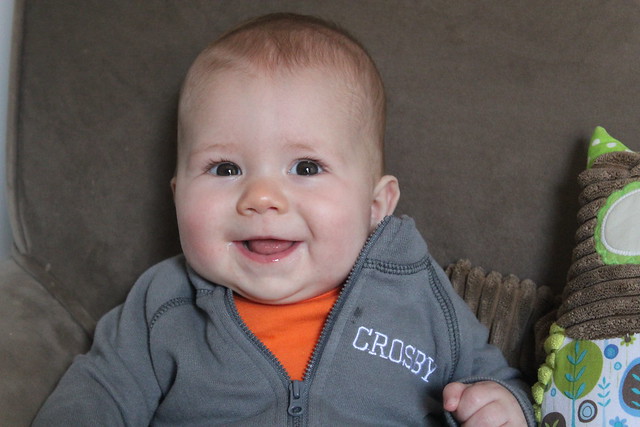 We were so fortunate in the beginning that Crosby was such a rock star sleeper (he dropped all night time feedings around three months). We made it through the four month sleep regression and had a good month or so. Now he’s really hit or miss in the sleep department. One night he’ll sleep great and we’ll only have to put the paci back in a couple times; other nights he is wide awake at all hours and has to get rocked back to sleep. I think a lot of it depends on how well he naps during the day. In the last couple of weeks, three new babies were added to his room almost doubling the initial room size, so his naps have been all over the place too. He by no means is a horrible sleeper, I would say just very unpredictable right now. The boy does love to be cuddled and rocked, which makes it hard to stay strong and try to let him fall asleep on his own. Sometimes I give in. 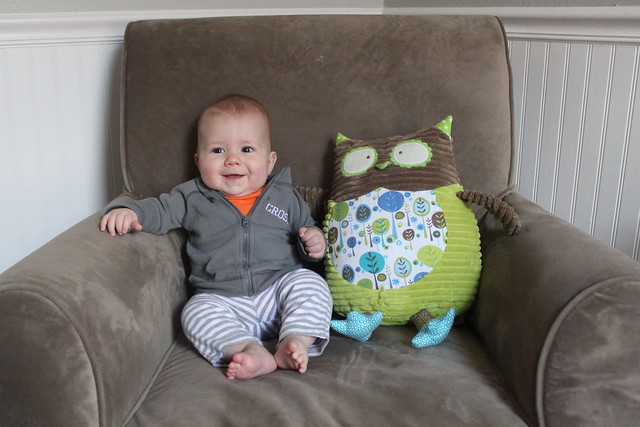 I have a feeling little man will be on the move somewhat soon. He loves rolling over to his belly and he’s able to roll back even though he doesn’t do it much. He is sitting up unassisted, but I still feel better with the Boppy around him. While he’s down on his belly, he does find a way to get around, mostly turning in circles. He’s started to pull in his knees when he’s on his belly and even rock back and forth a few times. Since I know what we’re in for, I’m not looking forward to this stage as much as I was with Kenley. It’s been a long time since we’ve had to worry about a crawling baby. We still have to do some baby proofing in the next few weeks. 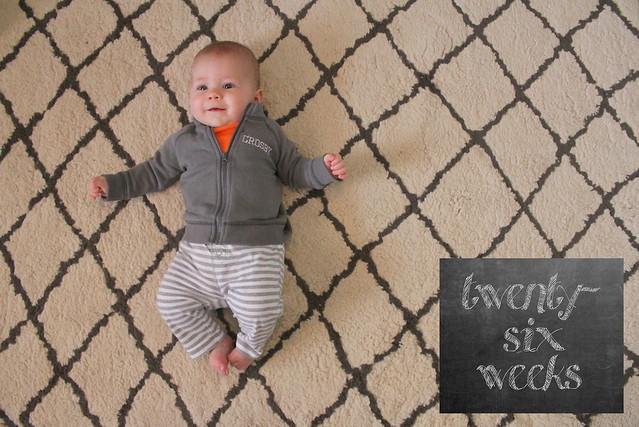 Six month notes:Weight – 16 pounds 14 ounces (45th percentile)
Height – 27 inches (70th percentile)
Head – 17.17 inches (70th percentile)
Hair – Light! He’s got a sweet dark patch in the back.Eyes – I think he’s going to have brown eyes like his daddyDiapers – Cloth diapers by day and disposables by night, size 2.Clothes – 3-6 months clothes, 6-9/6-12 month pajamas.
Starting to wash his 6-9 month and 6-12 month clothes.Likes – paci, putting his hands in his mouth, playing with his feet, sitting upDislikes – Being overtired, getting scared by the volume of his sister’s voice sometimes, interrupting his eating to burp.

After looking back at Kenley’s six month update, I was shocked how close their stats were at this age. 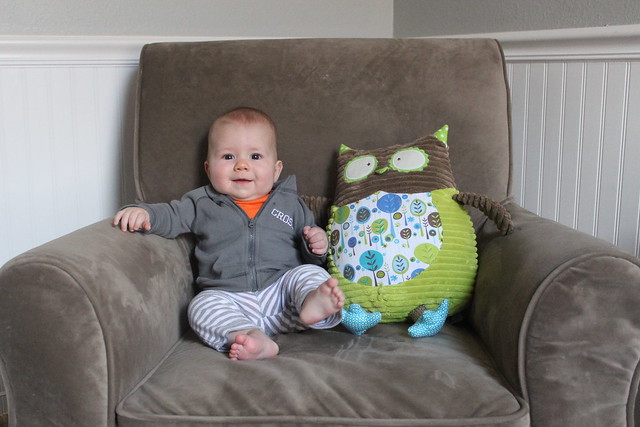 One thought on “Six Months”