Just yesterday we made a comment about having to lower his crib mattress because he has been very close to being able to pull himself up. Low and behold when it was time for his nap, we flipped on the monitor to find him standing in his crib…with the mattress still on the highest setting. Needless to say, nap time was postponed so Greg could lower his mattress. Also fun… we saw him sitting in his crib last night a couple of times while he was supposed to be sleeping.

This weekend, we had to return the extra infant car seat base that we had borrowed for seven months. That means that today was his first day riding in a convertible car seat AND that I didn’t have to carry the infant car seat into school today either. I’m very excited about the latter. 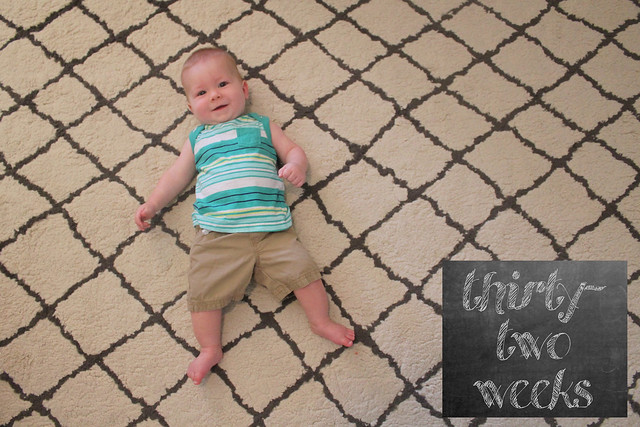 He is quickly passing all these milestones…and it’s been rough on mama!
Slow down buddy boy!