Little man is nine months old! I am still not quite sure how this is possible. These last nine months have flown by, more quickly than the first time around. I try not to dwell on the fact that my baby is growing so quickly, but it’s hard.There isn’t much “baby” left in this little guy, he’s getting big, fast! 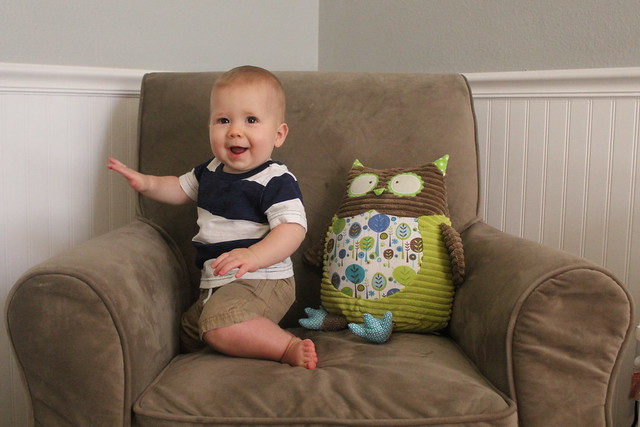 One big update for this month is that we recently got rid of the pacifier. We had not been using it for night time, which felt like it was a tease to him to be able to use it during the day, so we tried not giving it to him for one nap, then another, and then a week went by and we haven’t used it since. We are no stranger to this since we got rid of Kenley’s pacifier at eight months, so we knew what we were in for. Thankfully, it’s gone very well. Of course in hindsight, we probably could have done it a month ago. 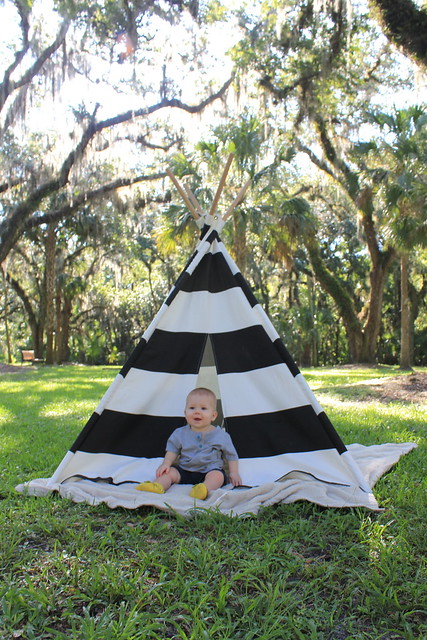 Crosby loves to eat. Loves it. He really will eat anything except bananas. We are more laid back with food than we were with Kenley (second child syndrome, I’m sure). We’ve introduced finger foods a lot earlier, so he’s getting a good mix of both finger foods and puree foods. He’s also gotten on a pretty good eating schedule this month. His doctor says we could probably be feeding him more foods and to expect his milk intake to drop as we do. I really can’t remember at this point what’s a “new” food, but we’re looking forward to introducing cheese, yogurt, and ham very soon. I’m surprised and happy about how much he loves avocado, it’s definitely one of his favorites! 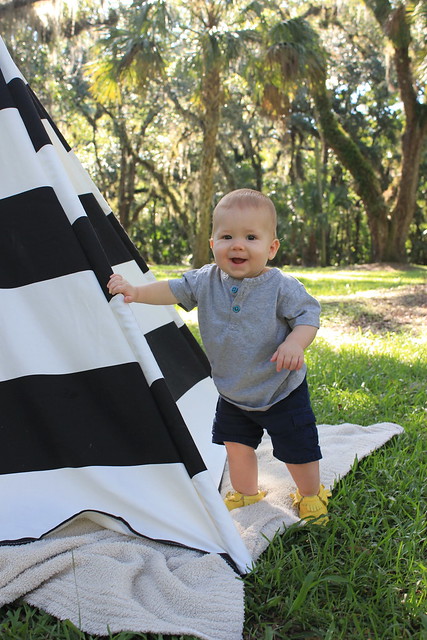 Little man is constantly on the move. He crawls all over the house, exploring. The best sound is hearing his hands pitter-patter on the tile as he goes from place to place. It won’t be too long before it’s his little feet going pitter-patter. One of his favorite things is the teepee. He loves crawling in there and crawling out the side of it. He’ll crawl and crawl (dragging the teepee with him) until he gets out. 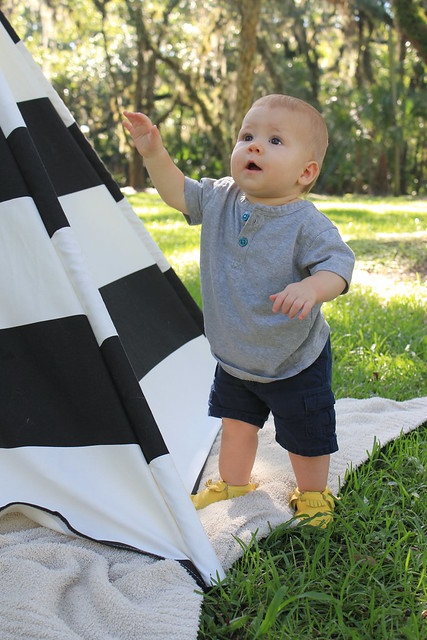 Another new trick is standing and letting go. This is a recent trick, but we’re starting to see more and more of it. He doesn’t stay up for every long, but it’s fun to watch him. Yet another sign that he’s quickly moving towards becoming a toddler. The other day he made it up the first step on the staircase (supervised, of course), so I’m sure we’ll be putting up the gate (at the bottom of the stairs) very soon. 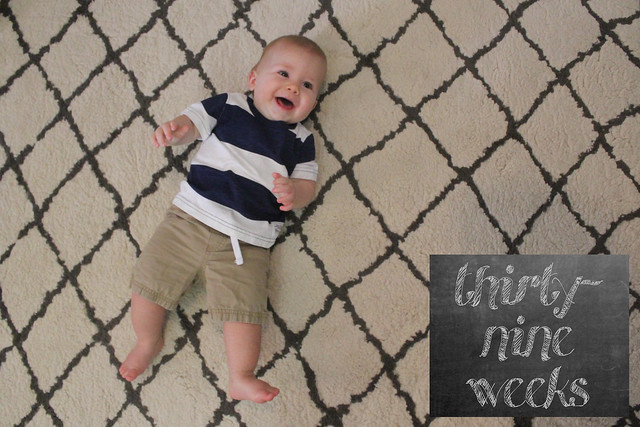 Weight – 19 pounds 14 ounces (about 50th percentile)
Height – 28 inches (about 50th percentile)
Hair – It’s getting long and he’s already had his first mohawk!
Teeth – Two on the bottom, but definitely working on more, poor guy.
Eyes – Brown
Clothes – About half 6-12 months and half 12-18 months. It seems like the 6-12 month got snug very quickly, but the 12-18 month are still a little big.
Diapers – Cloth by day and disposables at night, size 3.
Likes – Outlets, door stops, the teepee, chewing on spoons, Sophie, falling asleep in the car, the Ergo, chewing on anything,
Dislikes – Bananas, diaper changes, clothes changes

I am very surprised (yet again) how similar Crosby is to Kenley’s nine month stats. They are definitely growing at the same rate right now. 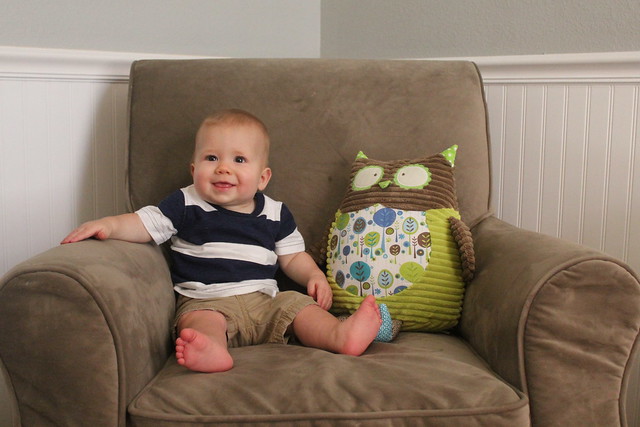 I can’t believe I’m already starting to think about a first birthday party. Somebody pinch me.