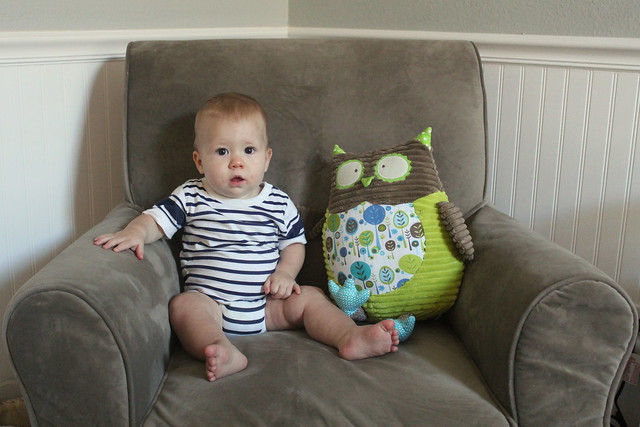 Crosby started in a new class this month and it’s going very well. We love his teachers and his little classmates. Unfortunately, he’s been out the last couple of days with a viral infection, on top of teething. The poor guy can’t catch a break. Hopefully the worst is behind us and he’ll be back to normal soon. He has been so “go with the flow” so it’s really heartbreaking to see him in pain and being so whiny. As a result, we’ve had a couple sleepless nights and hours spent sleeping in the gilder with him. I have a feeling we’ll have to sleep train him again next week once he’s all better. 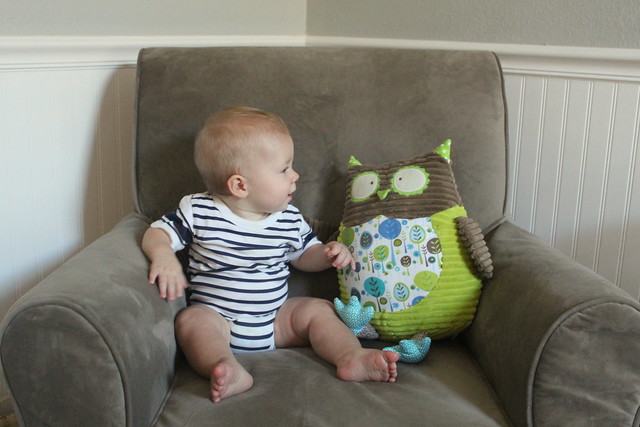 On a more exciting note, the boy loves to stand. We (and his teachers) think that he’s going to take his first step “any day now”. He dances, bounces, and does squats while he’s standing, he just hasn’t taken that first step forward. In time! He’s not saying very many words now except for “da-da-da” and sometimes “uh-oh” if prompted, but his new thing is waving! I may be biased, but it’s the cutest thing ever. 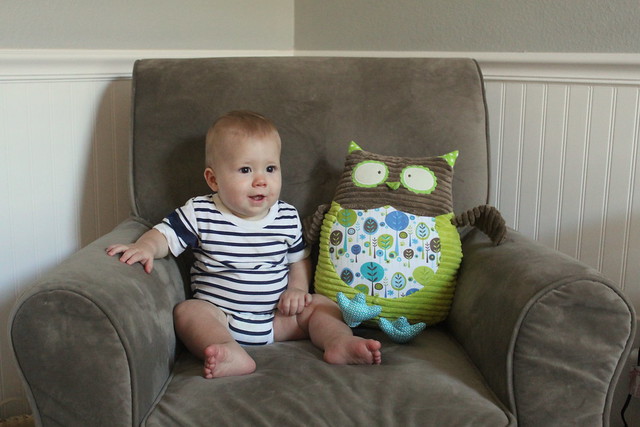 Weight – 21 pounds 2 ounces
Hair – I think he may need a little trim soon.
Teeth – Four
Eyes – Brown
Clothes –  Mostly 12-18 months and some 6-12 month.
Diapers – Cloth by day and disposables at night, size 3.
Likes – Chewing on anything, Mum-Mums, Goldfish, chugging from his sippy cup, dancing, all kinds of fruit, being outside, his big sister
Dislikes – Diaper changes, the high chair, clothes changes, getting teeth

One thought on “Ten Months”