Two weeks prior to race day, I ran seven miles…a long, hard seven miles and my knee hurt afterwards. During our run, I chatted with Kayla about possibly signing up for the Miracle Miles 15K. After the run, I seriously doubted myself considering how my knee hurt and I just didn’t feel like I was in good enough shape to be signing up for a race. However, I had serious FOMO (fear of missing out) so after thinking about it for a couple of days, I decided to register. I didn’t want race day to come and then seriously regret not running. I got in two short runs that week and did eight miles the next weekend. The night before the race it really hit me that I was going to be running 9.3 miles the next day… what was I thinking?! I followed such a specific and detailed training plan for months leading up to my first half-marathon almost two years ago and here I am signing up for a 15K less than two weeks in advance with very little training. I went to bed that night after setting my alarm for 4:45am…. again, what was I thinking?

I got downtown around 6:00am after carpooling with some ladies from the running group. There were over 50 of us representing East Orlando MRTT, so that was pretty awesome. From the moment we arrived downtown it was raining. Everyone was talking about ways to stay safe on the road, like to avoid the road paint because it’s really slippery. We walked around the lake, went potty, and headed over to the start line. 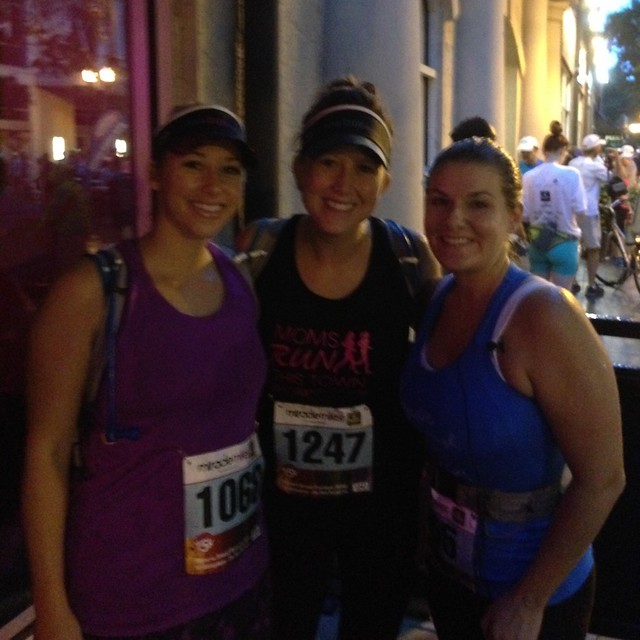 The 5K started first on one street and the 15K started about 20 minutes after on another street. Once the gun went off and we made our way to the starting line, we were off! It took a little bit to get into our rhythm. We had planned on running intervals (run 4 minutes, walk 1 minute) so I already had my watch set to remind us.

It rained the entire race. Most of the time it was just a sprinkle or a drizzle, other times it was much harder. The good thing about the rain was that it wasn’t hot at all, the temperature felt great. I had prepared for heat and humidity by putting 4 packets of Cocogo in my Camelbak

so I wouldn’t get dehydrated, so the cooler temps were a nice change of pace.

We stuck to our plan of running intervals the entire time and I really felt good most of the race. Looking back at our splits, mile 5 was our slowest and miles 8 and 9+ were our fastest. We definitely paced ourselves well and finished strong. Our overall pace was around 12:15/mile. My goal for the race was to finish and I definitely did that. I am pleased with my time and pace, but I also want to work to improve over the next couple of months. 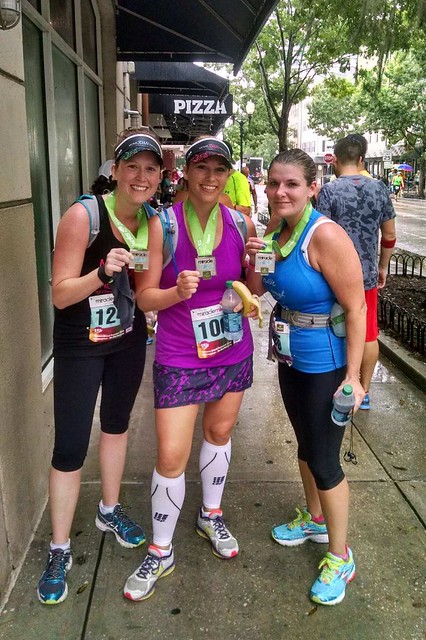 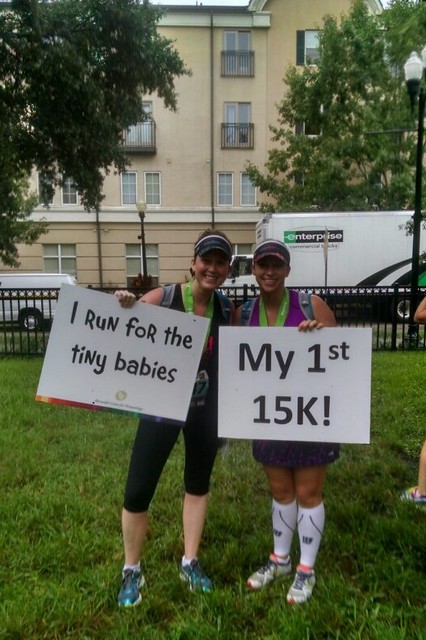 I am already looking forward to running this race next year. The event was very well put together and the vendors were also great. Greg and the kids came down to see me, but by the time we were finished, the rain was pouring so they didn’t even get out of the car. It’s a bummer that the rain ruined the family fun aspect of the race, but such is life.

Overall, my first 15K race was a fun one!