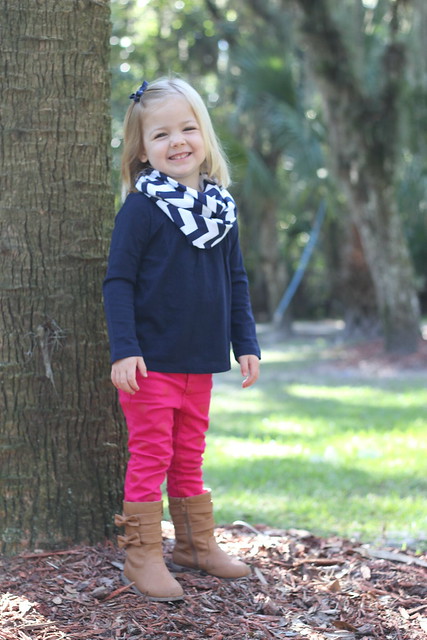 This girl is funny, smart, and has a great memory.

She is constantly talking about friends and family. It’s so awesome that she knows and remembers extended family members, even though we don’t get to see them that often. She will ask us where certain people live, then she will answer her own question. I’m sure she is going to love geography since we have friends and family all over the United States. Whenever she sings a song, she is sure to include as many people as possible.

Kenley loves her brother, but she also gets frustrated with him very easily. Now that he’s on the move, he always wants to see what she’s playing with, so we hear a lot of “I don’t want Crosby to get this.” On the flip side, whenever he’s upset, she sings to him a “you’re ok” song that she’s made up. There is also a good mix of hugs and kisses and being rough with him. It won’t be too long before he can be rough right back with her. It’s been so fun watching them learn to play with each other now that he’s getting older.

Kenley knows her colors very well, she can not only say the alphabet, but she can also identify letters and say a word (or words) that start with that letter, and she can count to 20 most of the time. Every now and then she throws in “eleven-teen”, but then says “mommy, there is no eleven-teen.” She can also spell her own name, as well as Crosby’s name. We are currently working on spelling mommy and daddy. I’m hoping she has my sense of direction as she already announces “this is the way to …. ” when we are in the car. Majority of the time, she’s right. She definitely is a creature of habit. We are on a very good schedule and she loves it. She is starting to be more flexible when we aren’t on the schedule, like a later bedtime, but most of the time we try to stick with the norm.

Seriously, her memory is unbelievable. I’ll be anxious to see what she remembers as she gets older and what her first memories will be. She knows that something happened in the past, but everything happened “yesterday”. She always says “remember when … something happened…. yesterday?” Usually it is something from left field that happened forever ago.

I could go on and on about this one. She sure is fun at this age, but that’s not to say that it’s not challenging at times. We are definitely in the “testing” phase and as soon as you ask her not to do something, she does it anyway, just to see what she can get away with. Our time-outs consist of her sitting against the wall, crying, and it ending with a hug. Bedtime is an up and down process. Some days are definitely better than others.

Finally, I will let her tell you a little bit about herself. 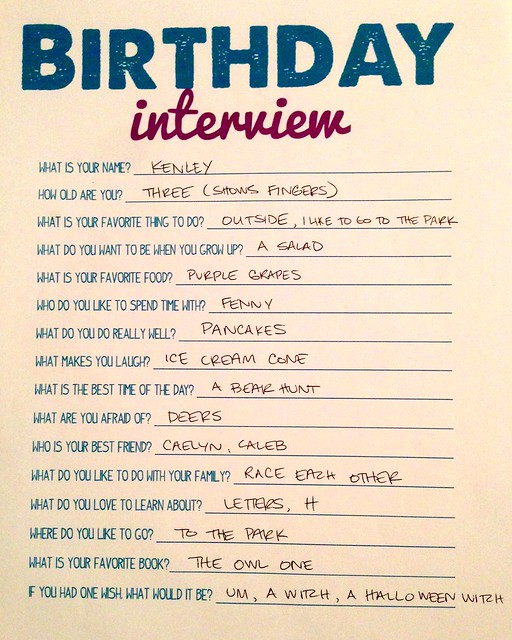 Happy birthday Kenley Dee! We love you so very much.