We spent a couple days in downtown Chicago last week before heading out to Oak Park for the wedding festivities for my brother. We had obviously been planning this trip for a while and it started a little earlier than expected on Wednesday morning when Kenley was up at 4am throwing up. We made it to our 9:05am flight and thankfully it wasn’t a full flight. Kenley proceeded to get sick the whole rest of the day. I felt so so so terrible for her, but she honestly was such a champ. I know if that was me, I would be in the fetal position bawling my eyes out all day. 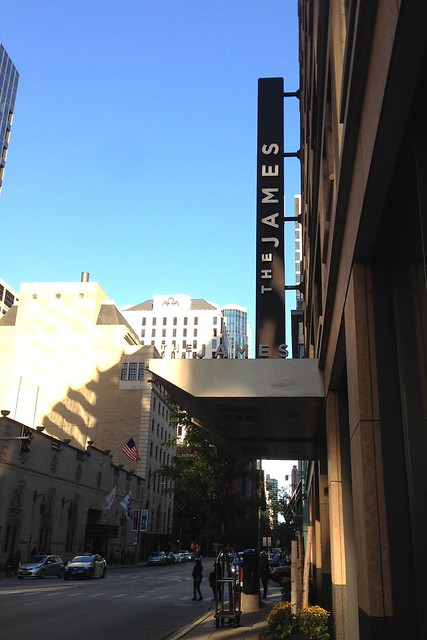 We flew into Midway and took a cab to our hotel which was conveniently located right across from a Trader Joe’s and a Starbucks. After getting settled into the hotel, getting some groceries, and taking naps, we started our food crawl through Chicago. We met up Mary Beth & Jon at Portillo’s for dinner. It was so good to catch up with them since we hadn’t seen them since Labor Day of last year. 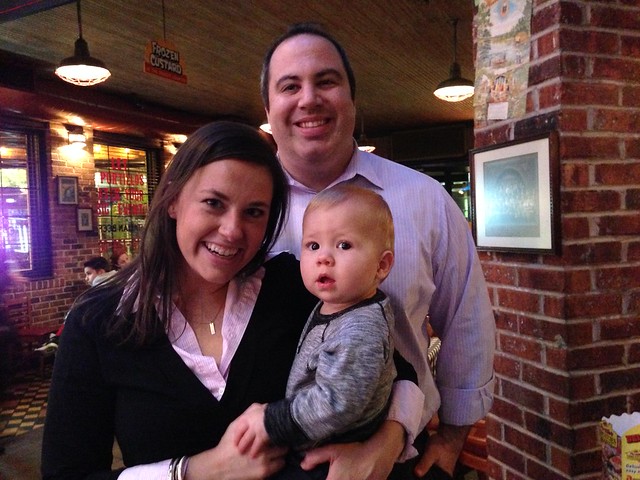 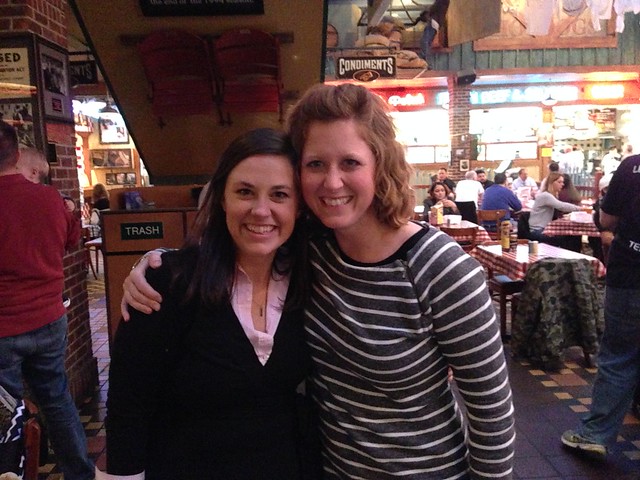 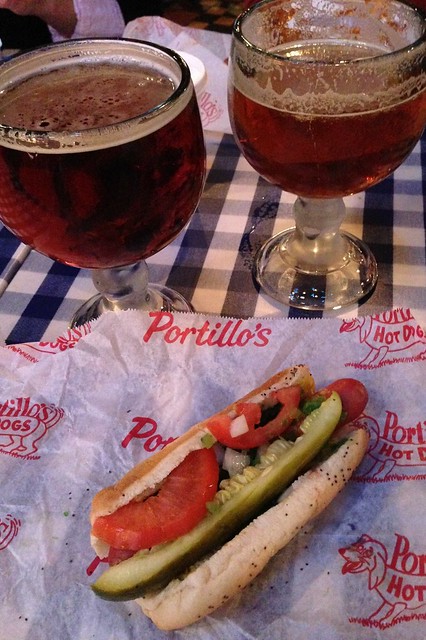 Kenley woke up feeling much better on Thursday so we decided to hit the town. We started with breakfast at Eggsperience Pancakes & Cafe, which was delicious. 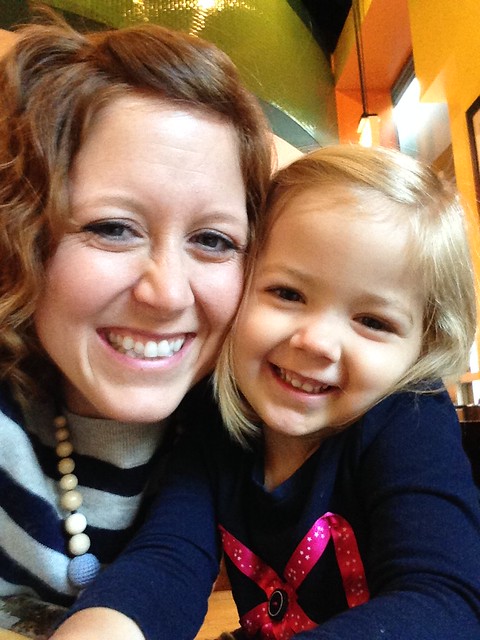 We walked down to Navy Pier to go to the Children’s Museum. It was great for the kids, very reasonably priced, and it wasn’t crowded at all. We ended up playing for a couple hours before it was time to head back for lunch and naps. We made a point to get in good naps since we knew we would be staying up late most of the nights we were there. On the walk back to the hotel, we made sure to stop by Garrett’s Popcorn for the Chicago mix, which was amazing. 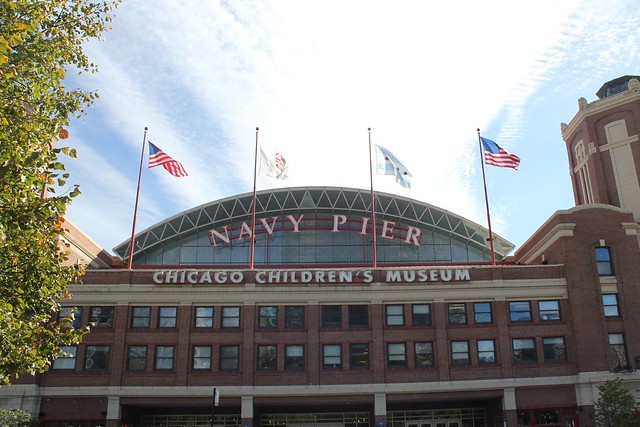 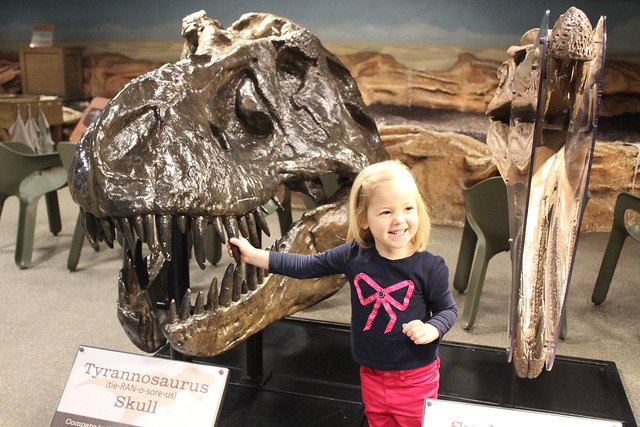 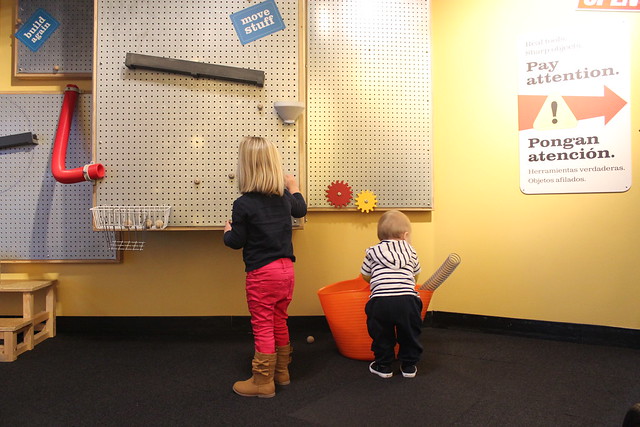 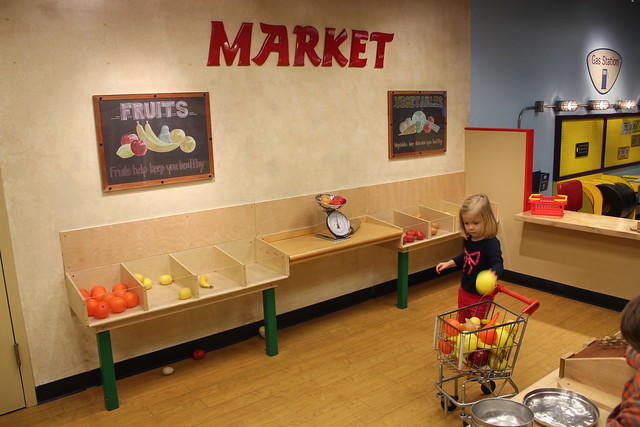 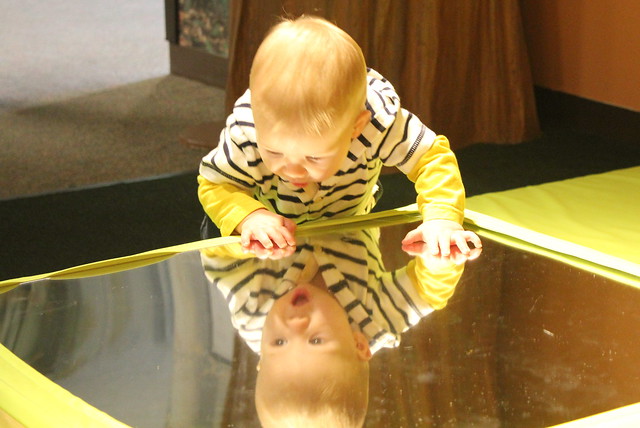 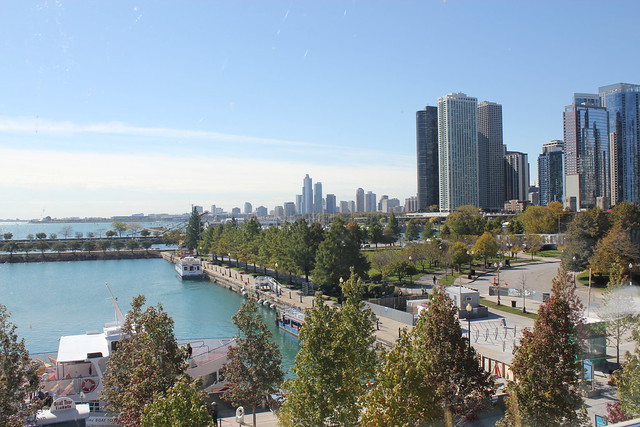 After nap time, we took a cab down to Millennium Park to see the giant bean and Michael took the train in and met us there. Since we took a cab, we didn’t take the stroller and I wore Crosby in the Ergo. 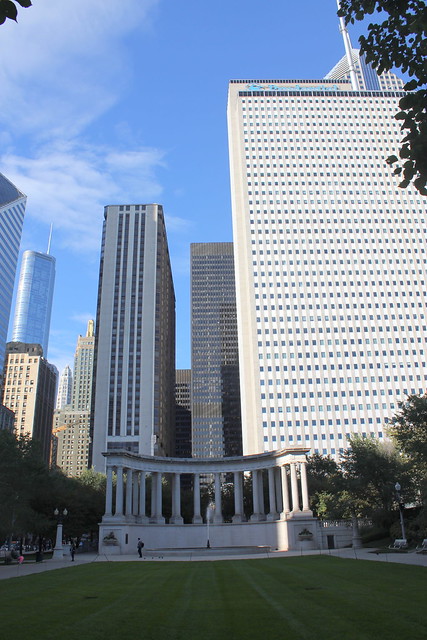 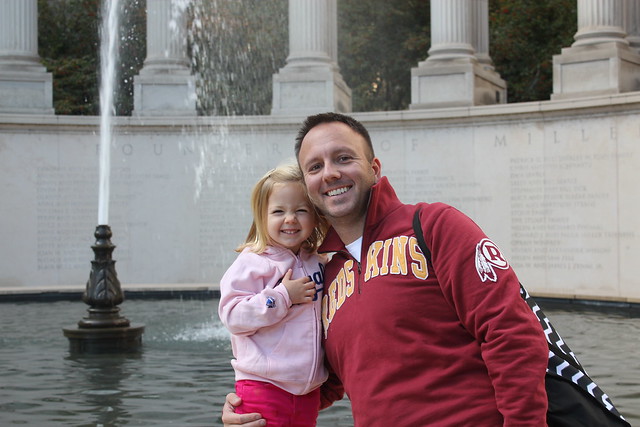 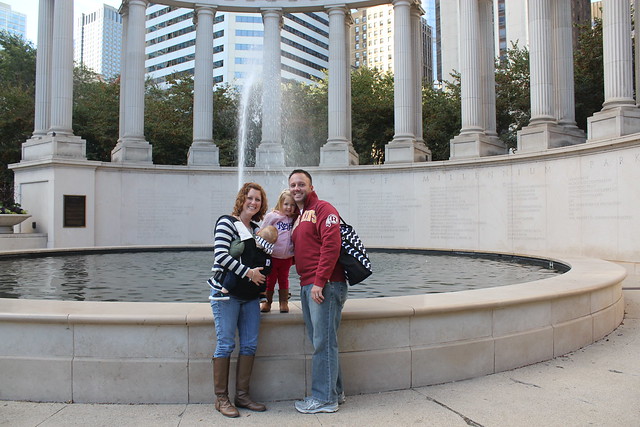 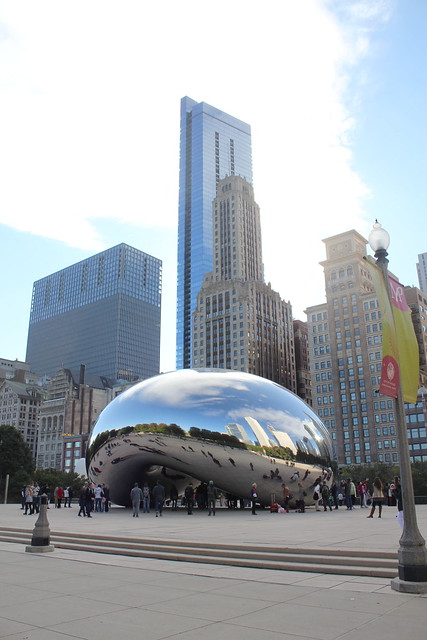 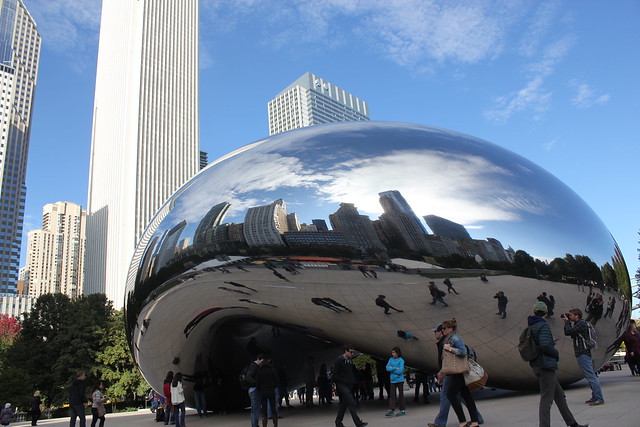 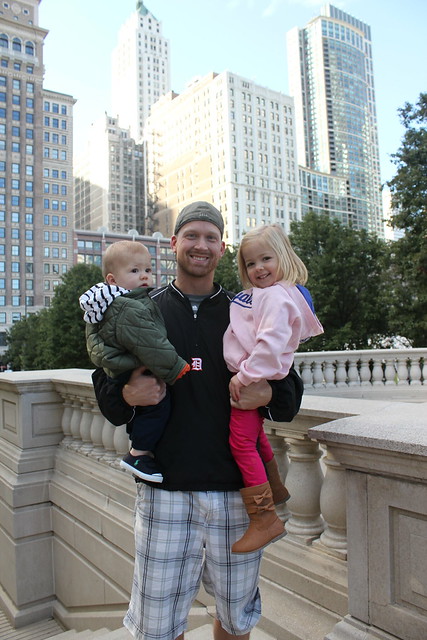 We walked a couple blocks to have dinner at Giordano’s. 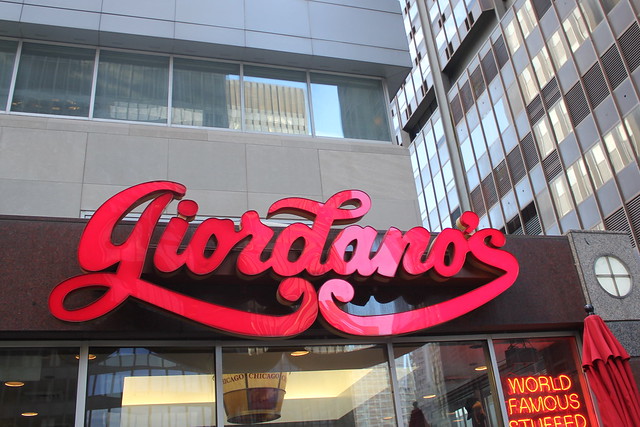 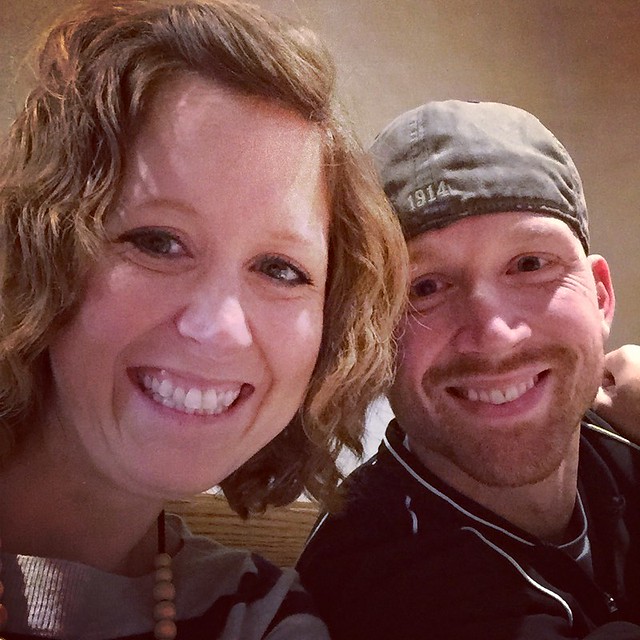 After dinner, Michael headed back to the train and we walked back to the hotel. Mind you, we didn’t have the stroller so Kenley was riding on Greg’s shoulders and Crosby was in the Ergo. It was definitely colder than what we were used to as the sun was quickly setting, but we did our best to take in the scenery through the city as we crossed over the Chicago River. 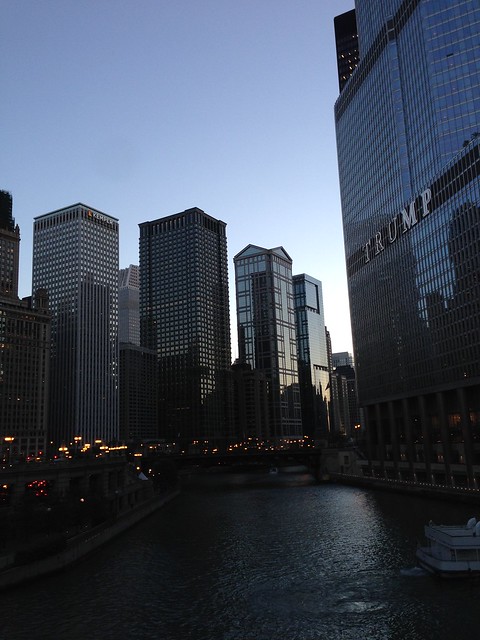 Lucky for us, the Colts played Thursday night that week so we were able to watch some of the game after the kids went to bed. Unlucky for us, we couldn’t stay up to watch the end of the game, but the Colts won! Friday morning, Michael, Eric, and Alex rode the train in to the city to pick us up. We wanted to get the full experience in the city, so riding the train was a must. However, we could not have done it without the three boys helping with the kids and all of our luggage. On the way out of the city we stopped at Glazed and Infused for some monster donuts. I think we successfully hit up all of the great food stops while we were in the city. 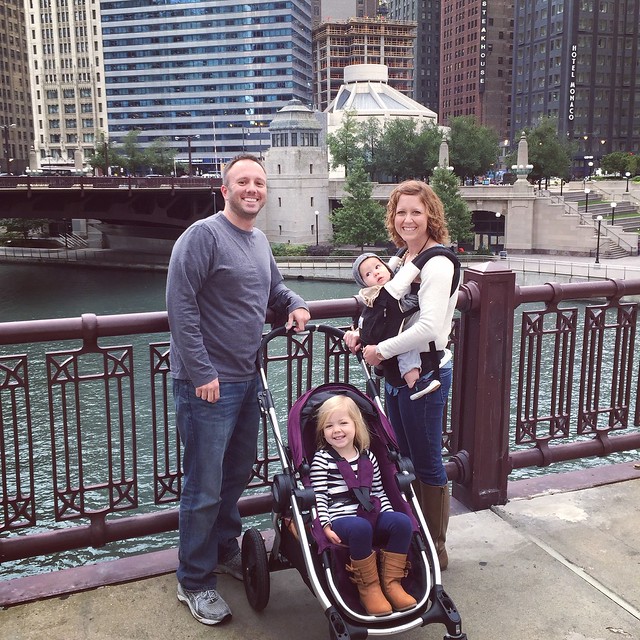 Travel wise, I think we did a pretty good job for our first trip as a family of four, especially traveling with a sick toddler. We brought the stroller and could not have lived without it. We used it as a double stroller most of the time except when we were getting on the train because it doesn’t fold as easy when there are two seats on it. We did not bring car seats since, by law, the kids can ride in the cab without one. That’s not to say I was thrilled with that decision, it just wasn’t feasible to bring them along. I was a nervous wreck riding in the cabs without their seats. Once again, the Ergo saved the day multiple times. Crosby took several naps in it throughout our trip. We also checked a cooler with dry ice and frozen breast milk with our luggage. The whole process was smooth from start to finish. We had no problems at the airport and our first hotel kept the breast milk in their freezer. We had a mini fridge with a freezer at our second hotel, so we got to keep it in our room. The things we do for our kids! Both of the kids slept on both flights, so that gave Greg and I a short amount of time to rejuvenate ourselves. Once we arrived back to Orlando, Greg and Kenley went to pick up our car while I had Crosby in the Ergo. I am pretty proud to say that I successfully loaded two 50 pound suitcases and our double stroller in the travel bag off of the carousel and onto the cart.

Stay tuned for part two which is the whole reason we were in Chicago to begin with!