Crosby Martin is one year old! 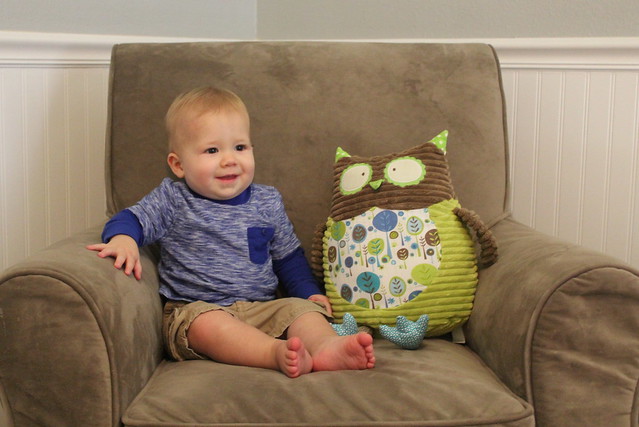 I am not quite sure how this is possible, but we now have two toddlers! Wow. Crosby is typically very happy and very go with the flow. He rarely gets upset, aside from those bumps and bruises, then he is quickly over it. He makes it easy to tell when he’s not feeling well because he’s very chill at all other times. He likes to cuddle more than Kenley did and he gives great big bear hugs around your neck. 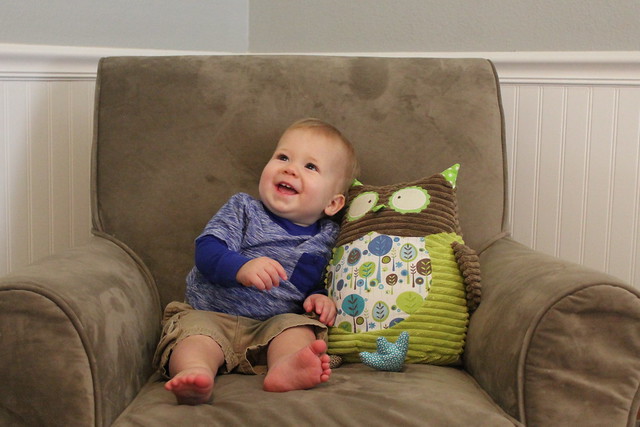 There haven’t been many changes from last month. He follows a very good schedule that works for him. He’s drinking about 15 ounces of breast milk throughout the day from a sippy cup for breakfast, lunch, dinner, and at bed time. He eats three meals a day and has one or two snacks. The boy loves food! The only thing he doesn’t care for still is bananas. He could leave the green veggies behind, but when they are mixed with other foods, he will eat them. We figured we wouldn’t get lucky twice since Kenley has always loved her green veggies. Crosby is eating “adult” food just like the rest of us for dinner rather than having his own meal made for him, which helps out immensely. We are at the point now where there really isn’t much that is off limits, though we will probably hold off on peanuts for a little while longer. 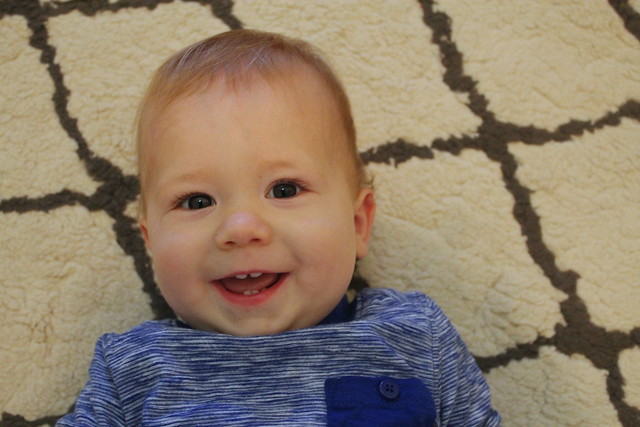 Crosby is definitely down to one nap a day from 12pm – 2pm (or 1pm at home… figures). He goes to bed around 7:15-7:30pm and is up around 6:15am. He usually is good with just one nap, unless he’s not feeling well or we’re riding in the car, then he decides he could go for a cat nap (I don’t blame him). He will begin sleeping on a cot at school now that he’s one, so no more crib during the day! He will be in the crib as long as possible at home though. 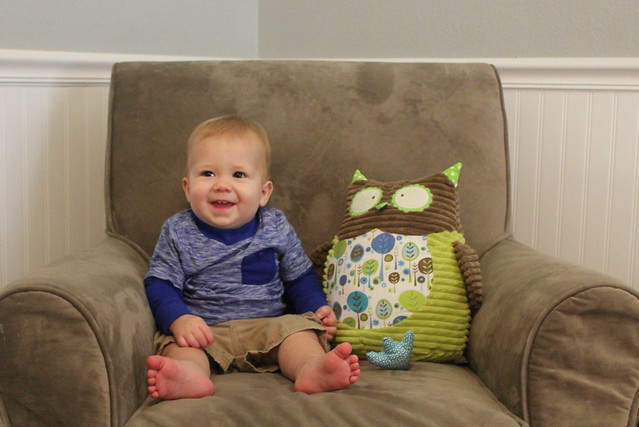 He is quite the explorer. His teacher jokes that it’s not a day until Crosby is in something, under something, or has gotten hurt. He goes from one thing to the next and when he’s done with it, he usually throws it. Now that he’s walking, he is literally into everything. He goes from room to room, then back again once he’s had enough. You always have to keep one eye on him to make sure he’s not eating cords or trying to pull things down. He also will get going fast and not have time to catch himself, so he goes head first into everything. In two days, he got a nice goose egg on his forehead from the wall, then a cut on his eye from a trash can. 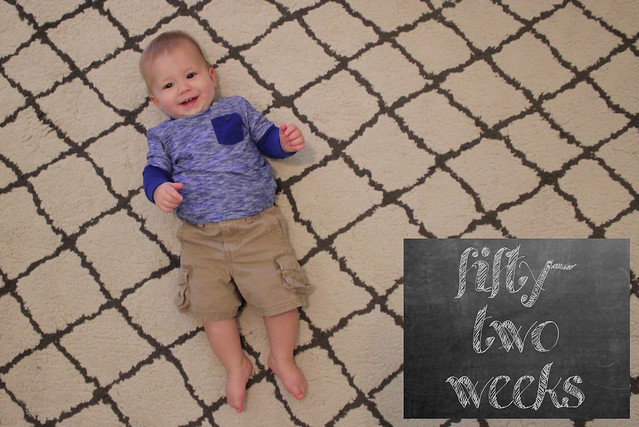 He and Kenley have a ball playing on the Anywhere Chair and the couch. It’s turned into somewhat of an obstacle course in our living room and Crosby has been known to do a somersault over the side. I am frequently reminding them (Kenley) to be careful, stop jumping on the couch, no pushing, etc. I don’t think this will be ending any time soon. It’s all fun and games until someone gets hurt (usually Crosby). 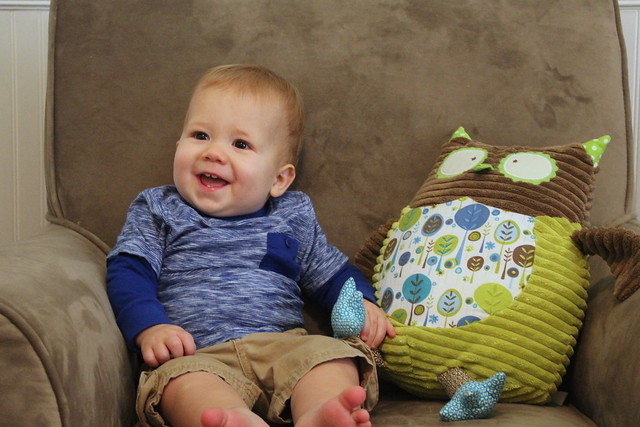 Weight – 22 pounds 4 ounces
Height – 29 1/2 inches
Head – 18.23 inches
Hair – Brown, thick, and a little bit curly in the back
Teeth – Seven and working on some more
Eyes – Brown
Clothes – 12-18 months, size 4 shoes
Diapers – Cloth by day and disposables at night, we just finished size 3 and are now into size 4.
Likes – Walking, almost running, climbing on furniture, cabinets, bath, push toys, trying to keep up with his big sister
Dislikes – Laying on the changing table, getting his clothes changed, getting his diaper changed, being forced to sit still

Happy birthday sweet boy. It’s been one fun year, that’s for sure.

3 thoughts on “One Year Old”