Crosby’s first birthday was under construction and we had such a great time celebrating! 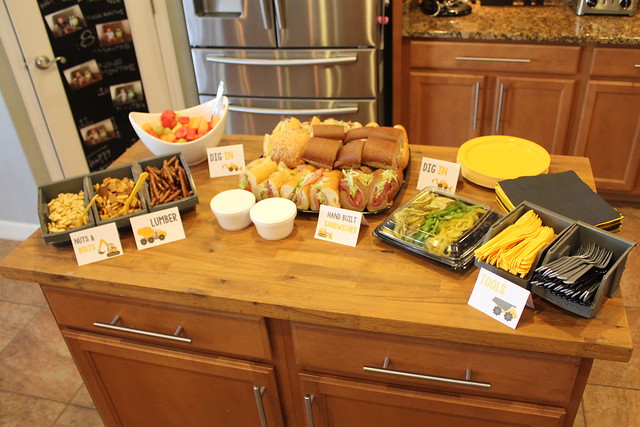 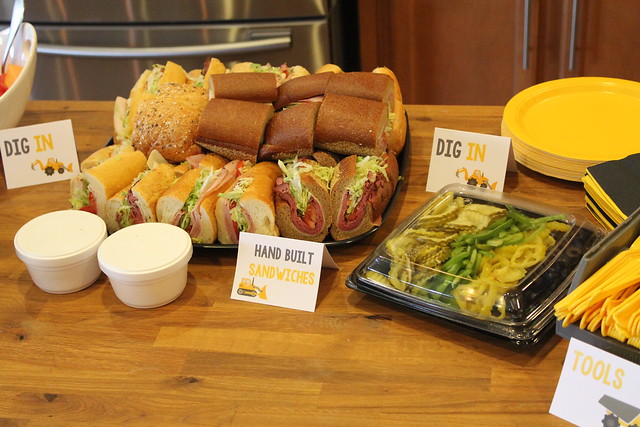 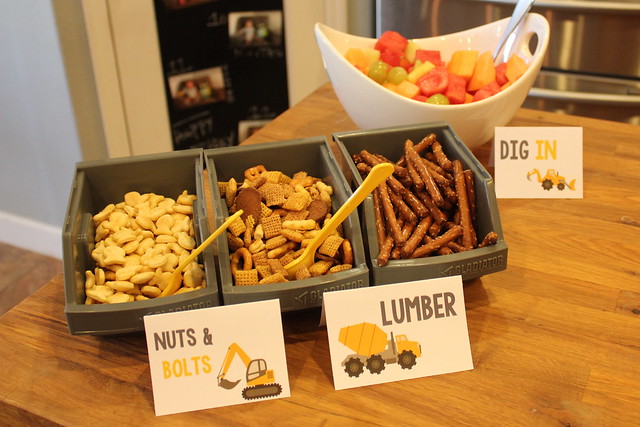 The plate, napkins, utensils (tools), and cups were from Party City.
The Gladiator GarageWorks small bins

were repurposed from Greg’s tool bench and worked great for displaying food and utensils.
We used caution tape for decorating around the house. 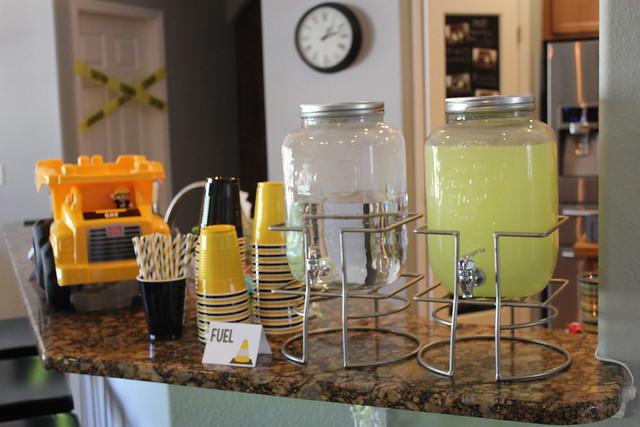 The stripe straws were from Little Free Radical which were great because I got to choose the colors I wanted. Most of the “construction” mixes had orange in them which was not one of my party colors. 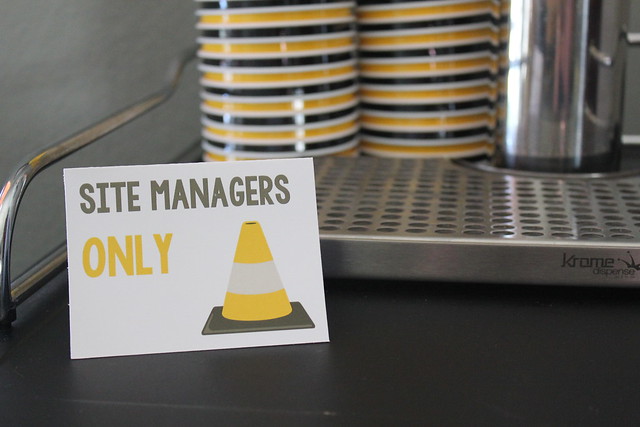 The fuel included water and lemonade, as well as beer for the site managers. 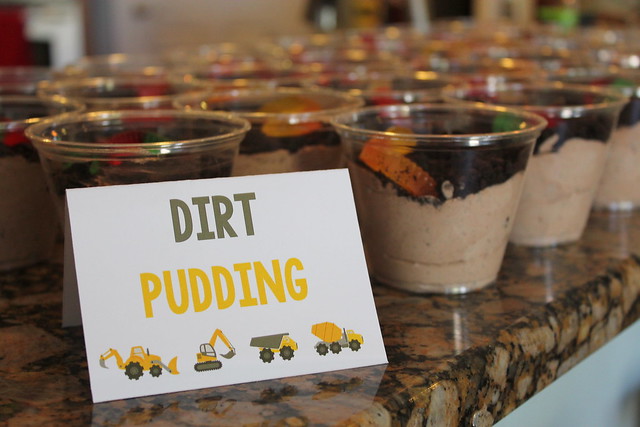 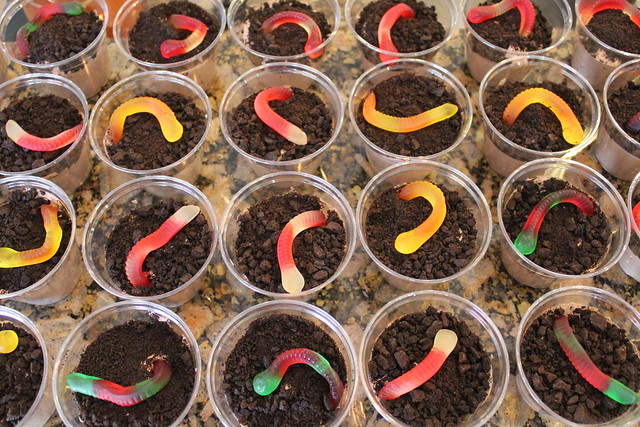 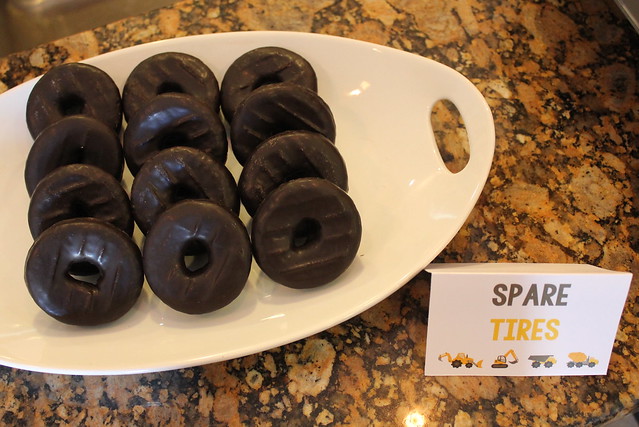 Dessert included dirt pudding and donuts as spare tires.
Crosby got his very own construction smash cake, made by Greg! He followed this recipe. 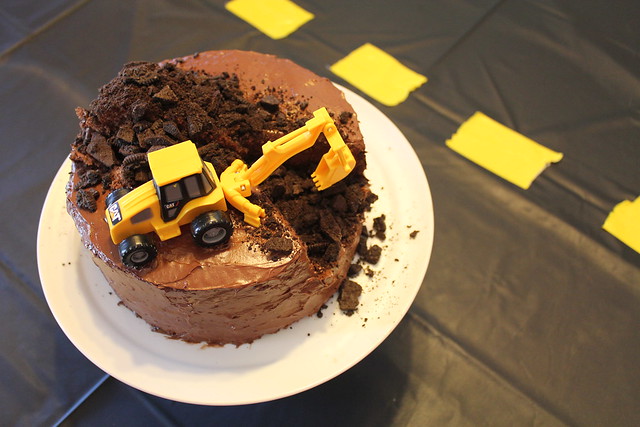 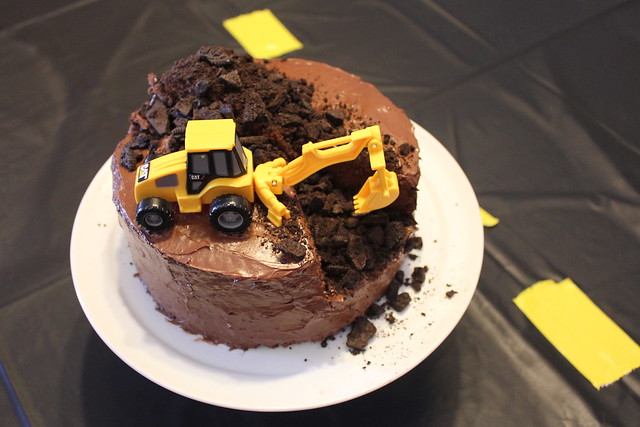 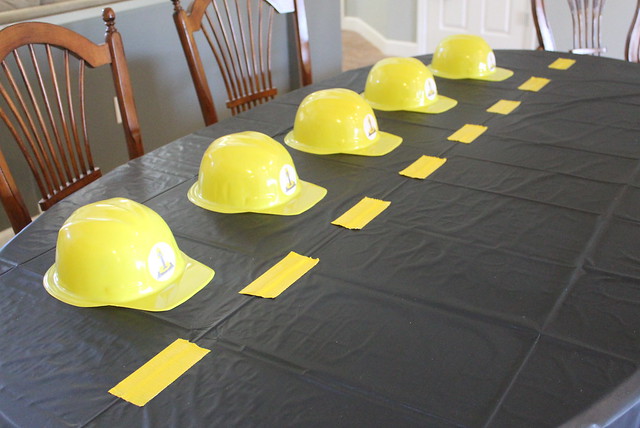 doubled as decoration and party favors.
The stickers, food cards, and the invitation were done by Michelle at This Grey House.
I used yellow duck tape

on the black table cloth to make the road, both from Party City. 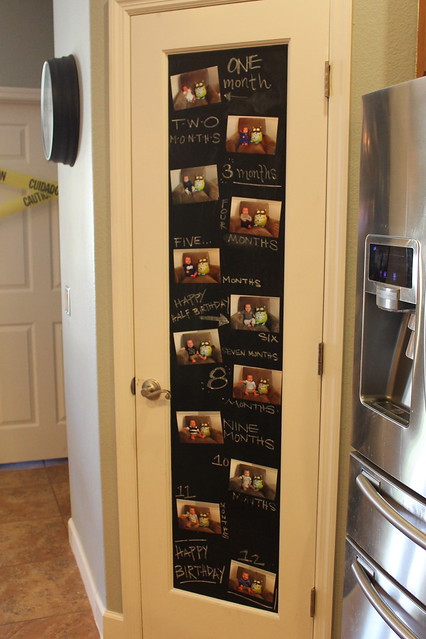 I displayed Crosby’s monthly pictures so everyone could see how he’s grown each month. 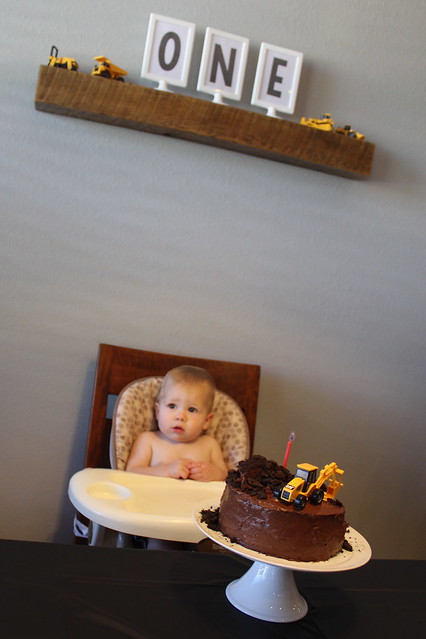 were from Amazon, but we only paid six bucks for them, I believe Target has the same pack. 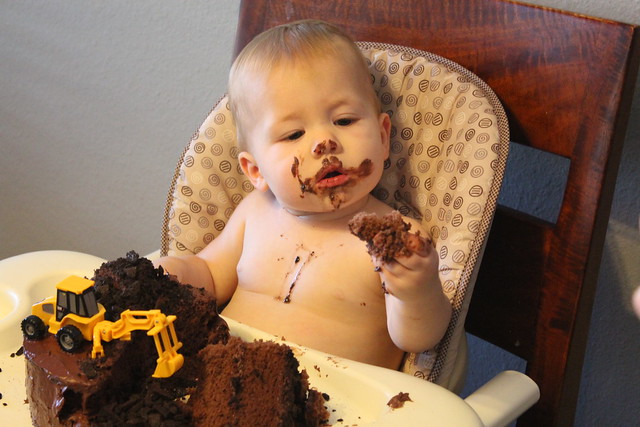 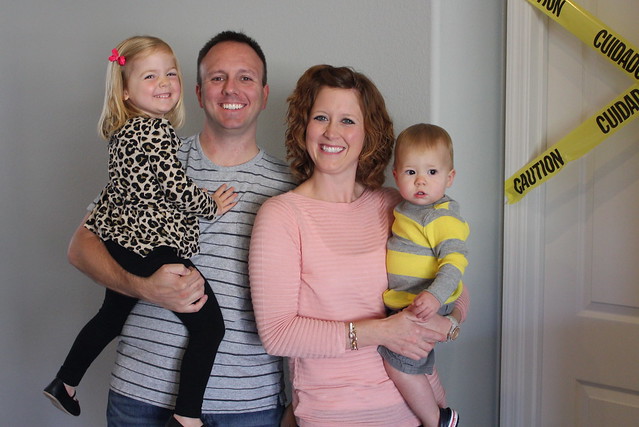