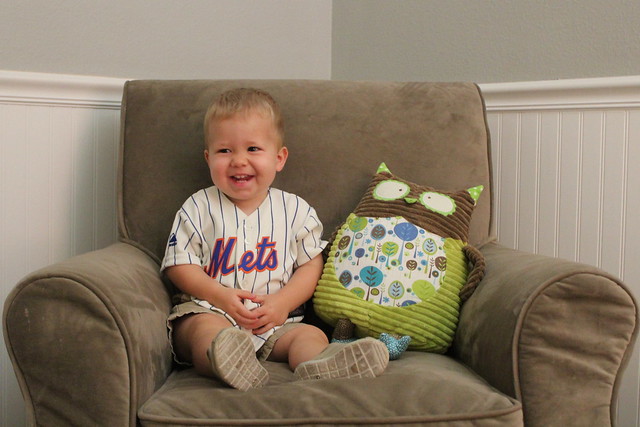 There really hasn’t been much to note this month. It seems like this month has absolutely flown by. Crosby should be finishing up with swim this week (or early next week), which is wonderful. He’s been doing a good job and is a real trooper. We are looking forward to watching him in action this summer in the pool and also looking forward to having our Monday through Thursday evenings back again. 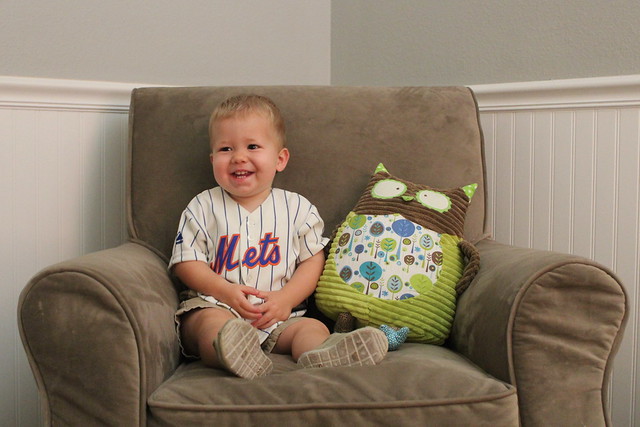 It seems like Crosby is always sporting a bump or a bruise somewhere. Over the last week or so, he has had a nice little bruise on his cheek that could easily be mistaken for dirt. He’s still a climbing machine and I wish we had a dollar for every time we said “feet on the floor”. The kids love to climb over the Anywhere Chairs and onto the couch and Crosby likes to free fall face first onto the couch. I swear the boy has no fear. He runs full speed ahead at all times which usually makes you cringe. 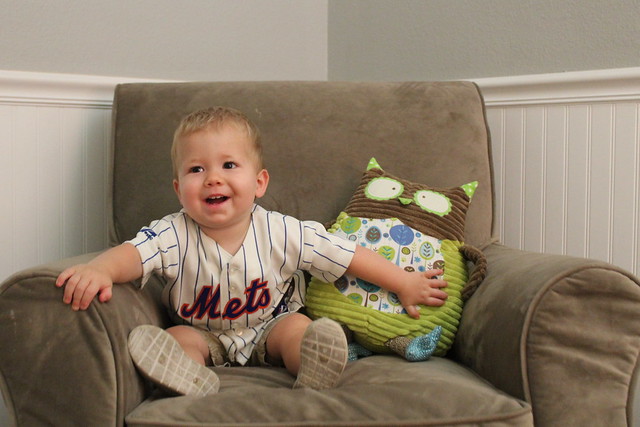 He is doing very well with his words, mostly thanks to Kenley who loves to play “Crosby, say…” every time we are in the car. “Crosby, say dog. Crosby, say mommy. Crosby, say banana.” It’s really cute. However, she also throws in a “Crosby, say no sir!” and then he does and she thinks it’s hysterical so he will just keep saying no over and over again. Speaking of, he does not shy away from telling you when he doesn’t want to do something. Usually it’s a whiny no with a forceful head shake. Cute, but not cute at the same time. 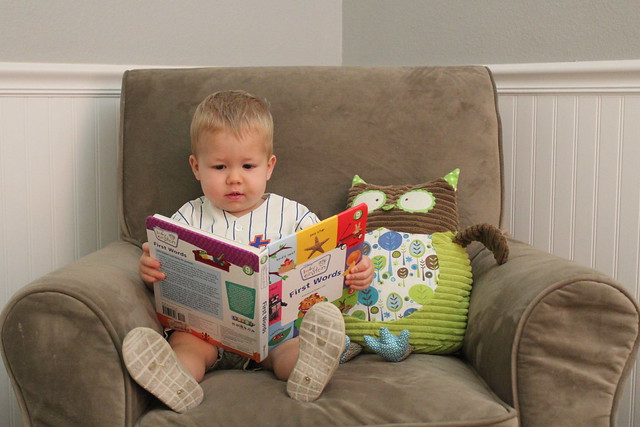 Nineteen month notes:
Weight – I’m guessing around 24-25 pounds. He’s a solid boy.
Hair – Brown. Grandpa buzzed his hair when we were home in Indiana this month.
Teeth – Still 12
Eyes – Brown
Clothes – 18-24 months and more 2T thanks to some hand me downs from Jack!
Diapers – Cloth diapers by day, disposables by night, size 4
Likes – Pointing at airplanes, being outside, food, push toys, cars, being chased or chasing something, birds, bugs, sleeping [knock on wood], Daniel Tiger, going to the park, pointing at the “lights”, singing (and signing) Five Little Monkeys, climbing tables and chairs, playing with whatever Kenley is playing with, Lego Duplos, trains (choo choo), going for walks around the block, books
Dislikes – Diaper changes (little does he know he can avoid these by going to the potty), waiting for his food to be served, chickpeas