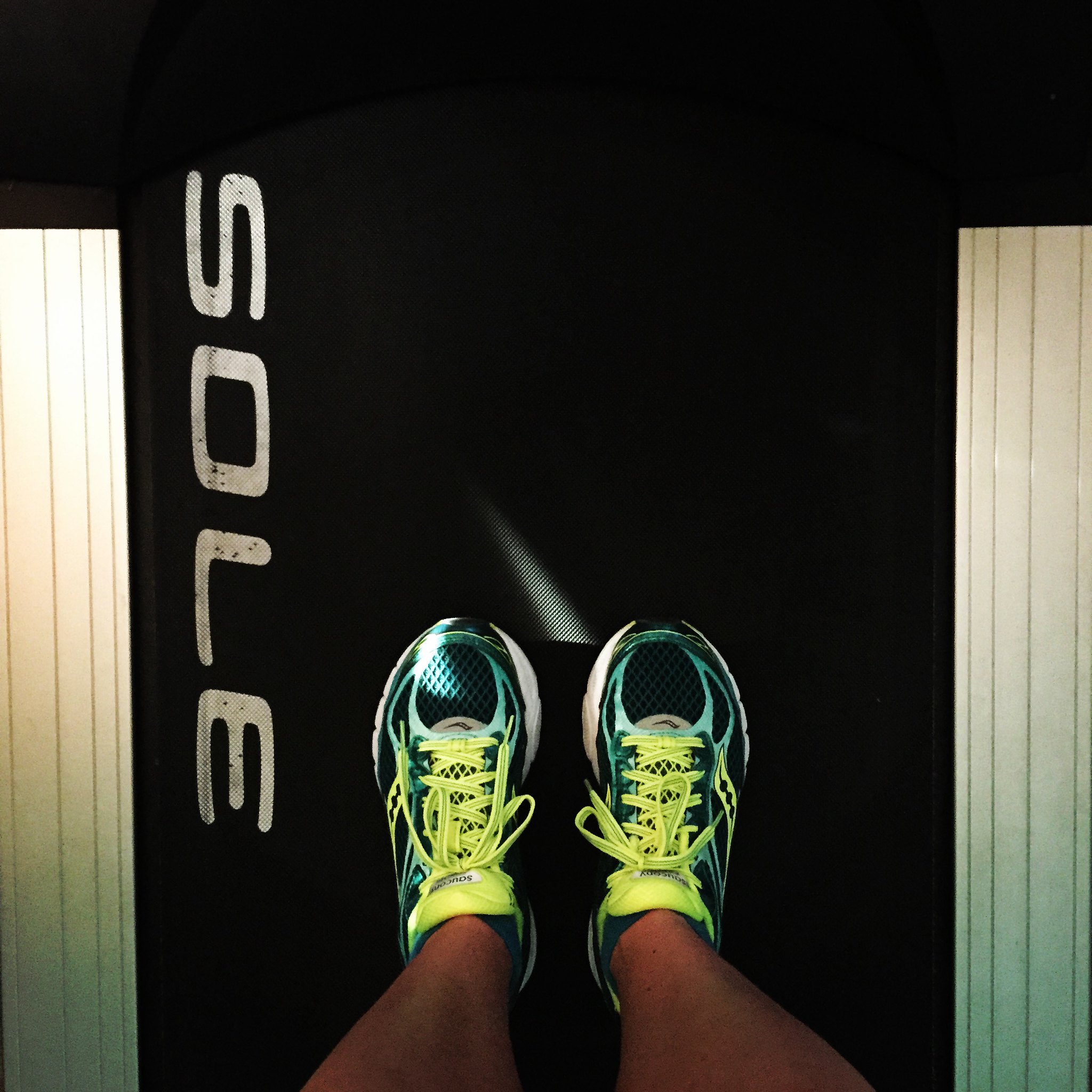 i took friday off and after not doing so hot with my runs all week, i hopped on the treadmill for a hilly three mile interval workout. great way to start the long weekend! 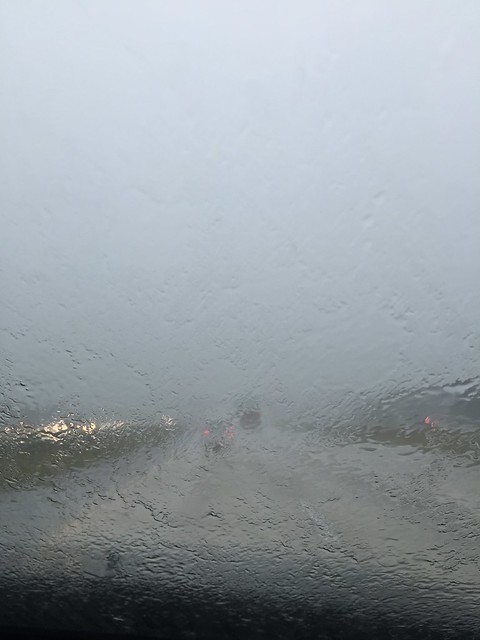 greg and i packed up the car and picked the kids up from school just before nap time to head south. thanks florida weather for making it an enjoyable ride. 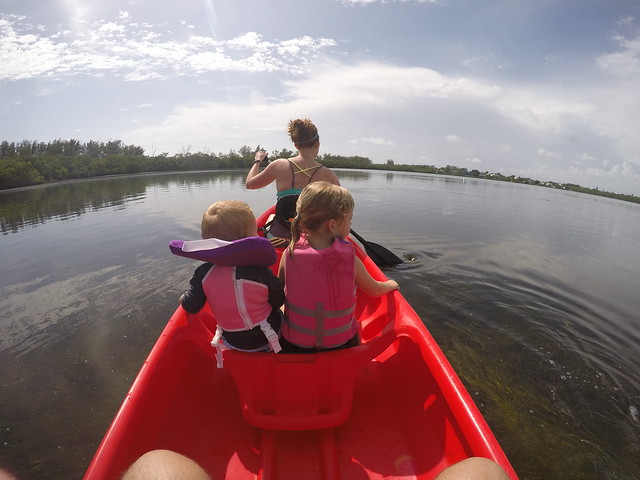 after swimming, we took the kayak out. it was short lived, but still fun. 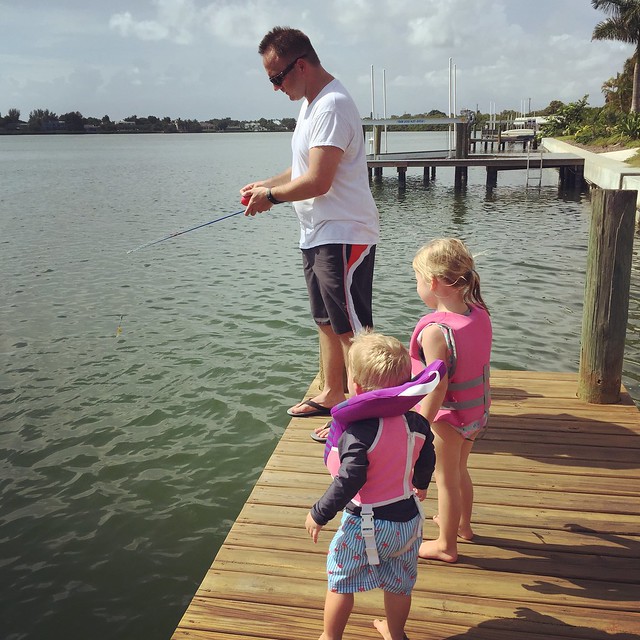 the kids did some fishing. also short lived. 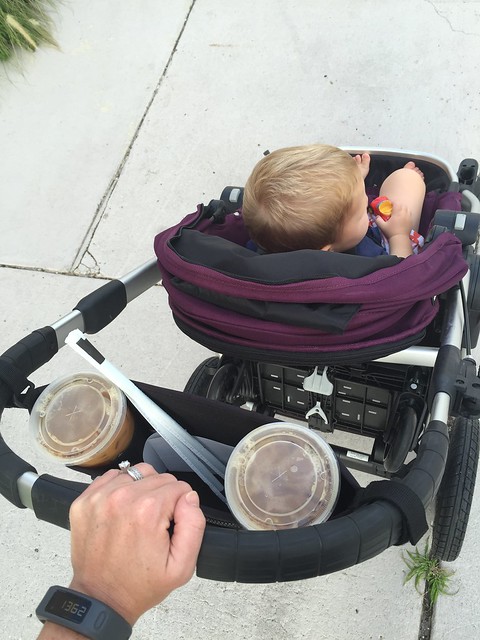 crosby and i went out for starbucks on saturday morning and got to see some trucks around town. cars in hand, watching trucks, and getting pushed around in the stroller made him a happy camper. 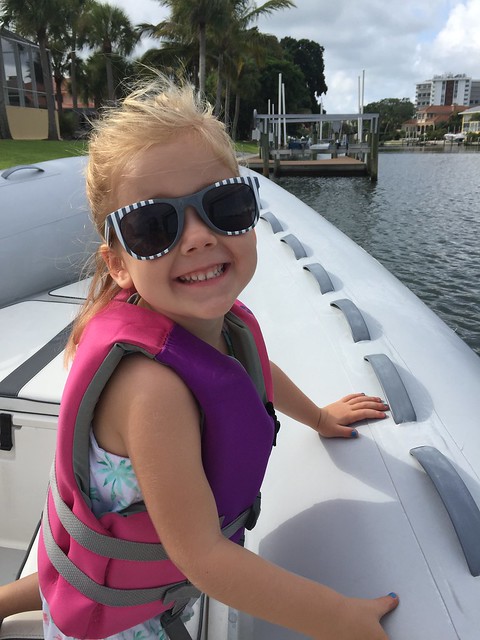 we took the boat out on saturday morning to try to beat a little bit of the heat. 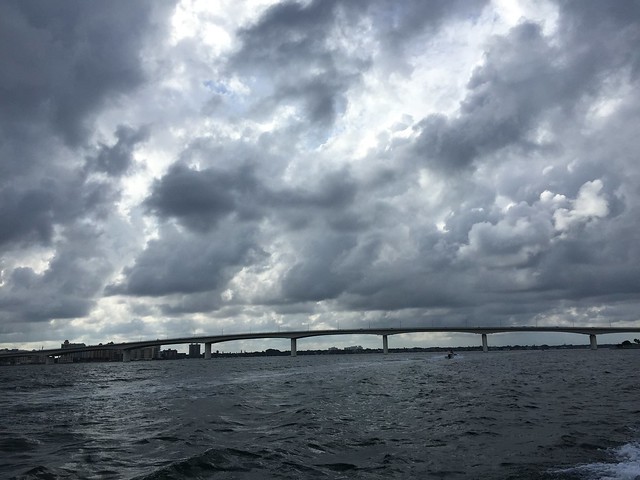 thankful for the clouds. 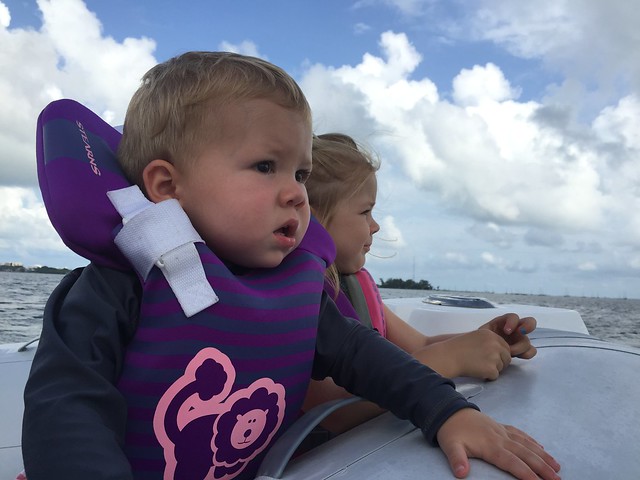 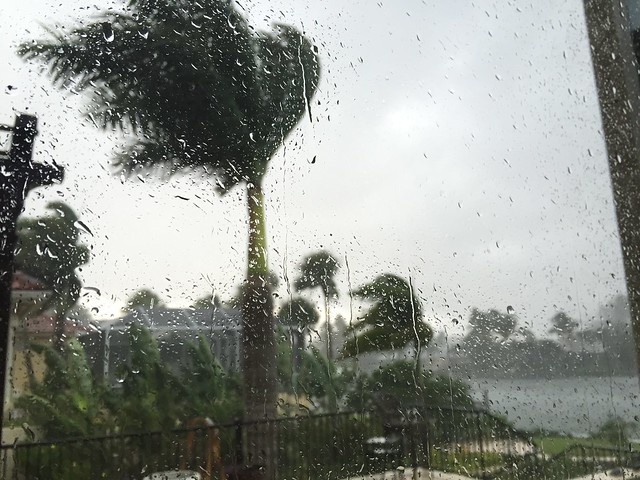 after nap storms called for a movie on the couch. 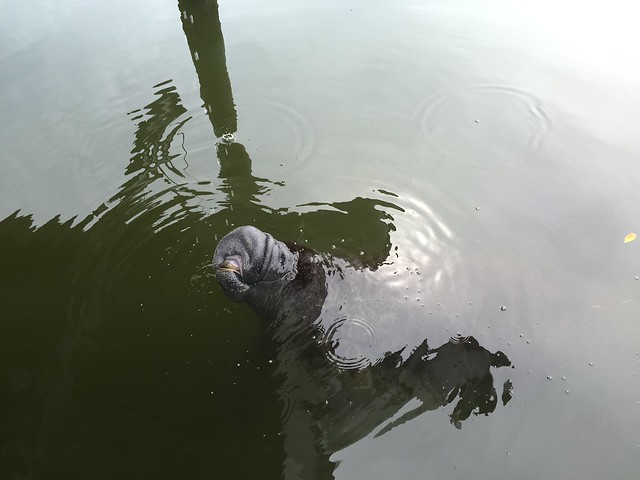 we had a few visitors at the dock on saturday after all the rain.

it was crazy to see them that close. 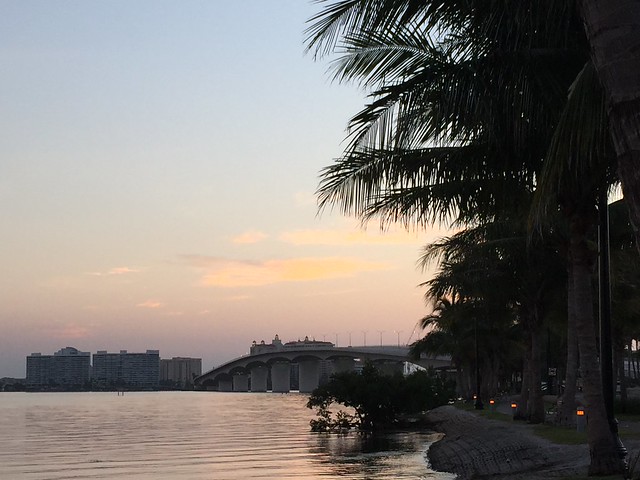 i tackled that bridge twice during my six mile run on sunday morning. my legs were definitely feeling it. 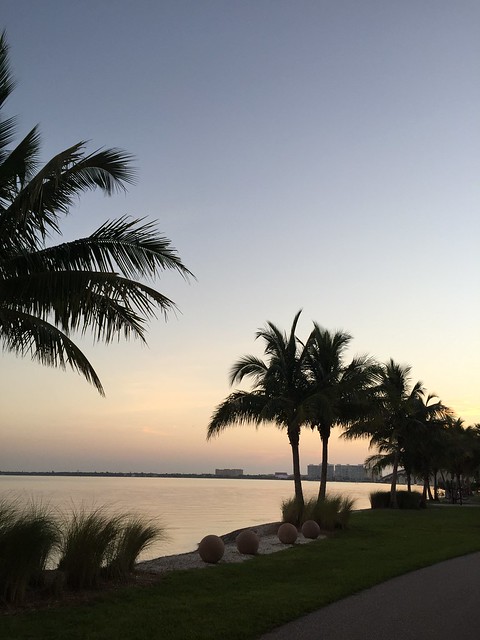 it sure was a pretty run as the sun was coming up, but i missed my running buddies! 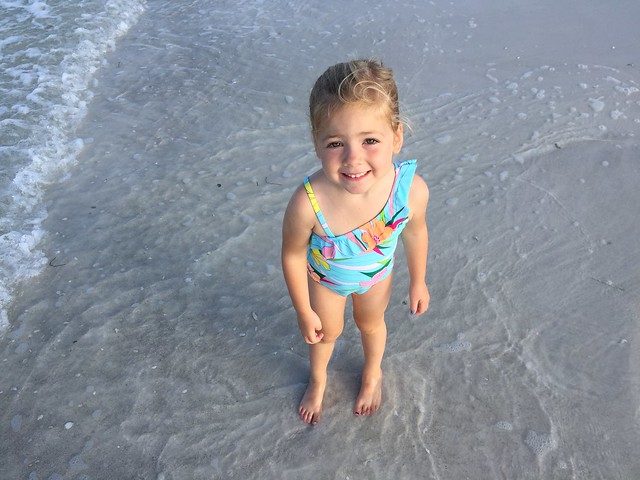 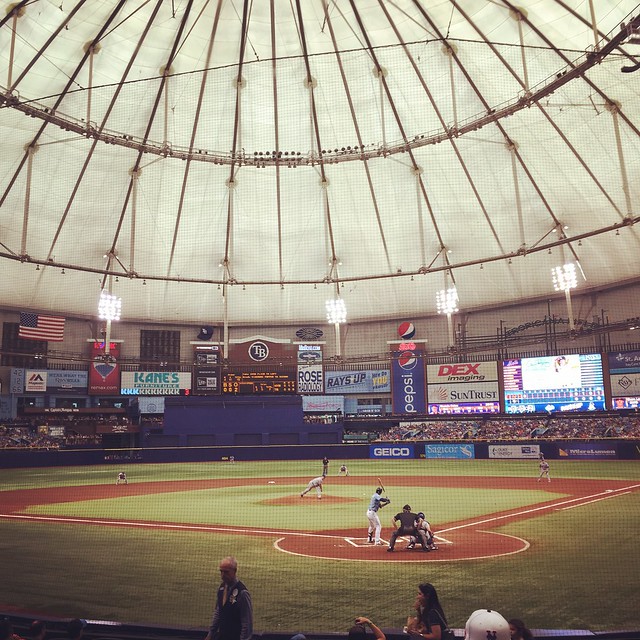 on the way home, we hit up the rays game and it worked out perfectly that they were playing the mets! 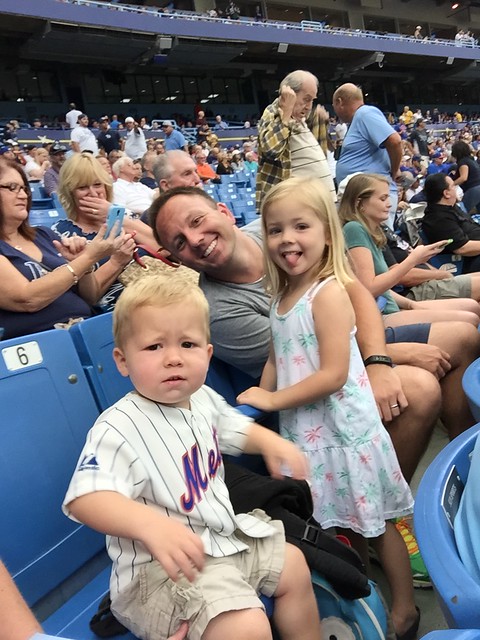 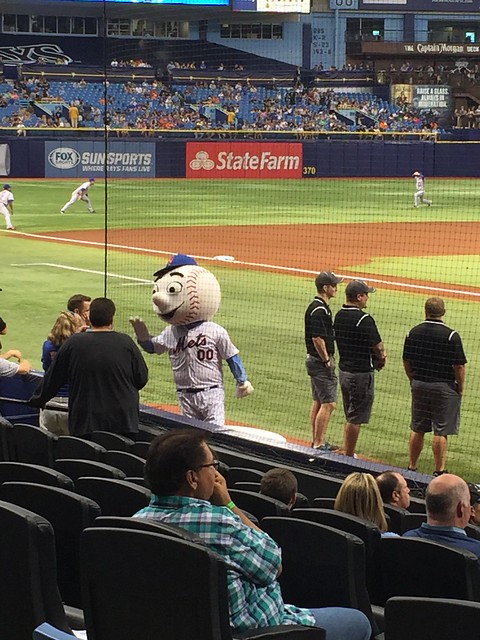 kenley kept asking if mr. met was going to be at the game and it was hard explaining that he probably wouldn’t be there since it was an away game for the mets. she was so excited to see him when we got there! 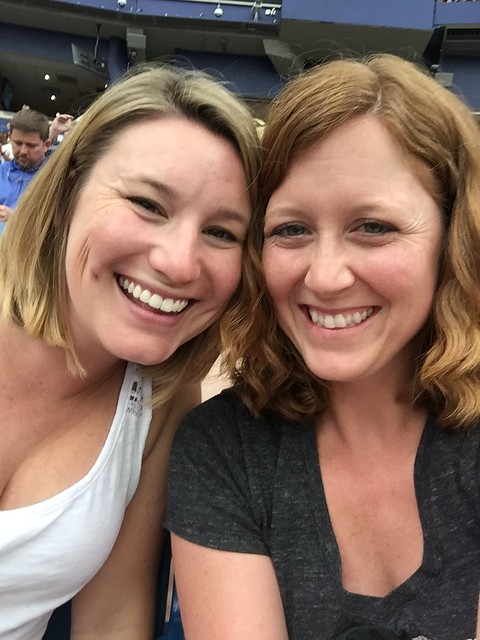 ashley & britton met us at the game so it was great to hang out with them.

we had a great weekend away at grammy’s house, but we were very sad that grammy wasn’t there! it’s hard to believe summer is coming to an end and school is starting in two short weeks.