Last month, I headed up to Chicago to celebrate Mary Beth’s upcoming wedding at her bachelorette party! In the months leading up to my trip, a mom in our running group had posted that she was running the Rock ‘N’ Roll Half Marathon in Chicago. I randomly checked the date and noticed it was going to be the same weekend I was going to be in Chicago! I realize that it is probably not common to want to run a half marathon the morning after a bachelorette party, but I ultimately decided to sign up because I knew that I would be upset with myself if I was there and had decided not to do it.

I arrived early on Saturday morning and headed straight to the expo to pick up my race packet. This race was a lot of “firsts” for me, including my first large race expo. It was huge! 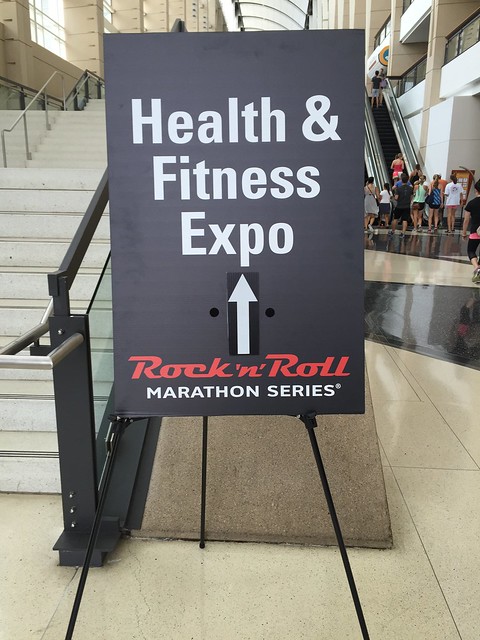 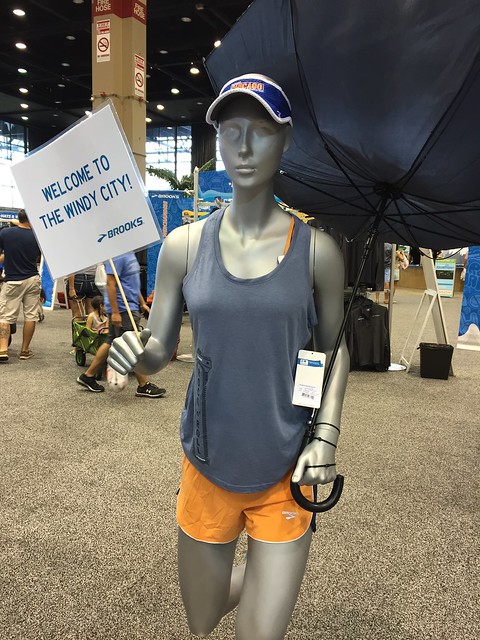 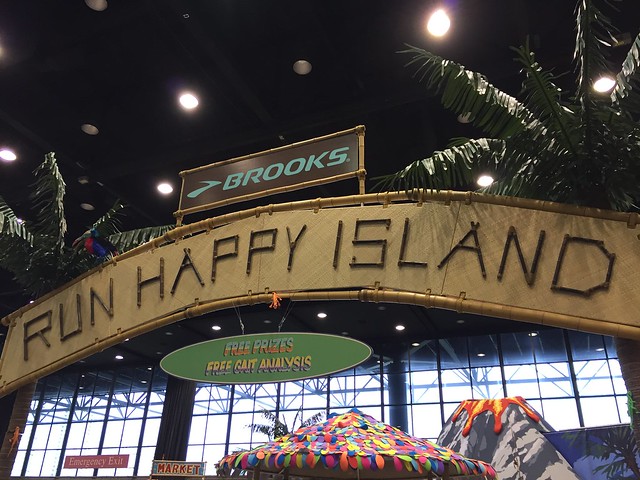 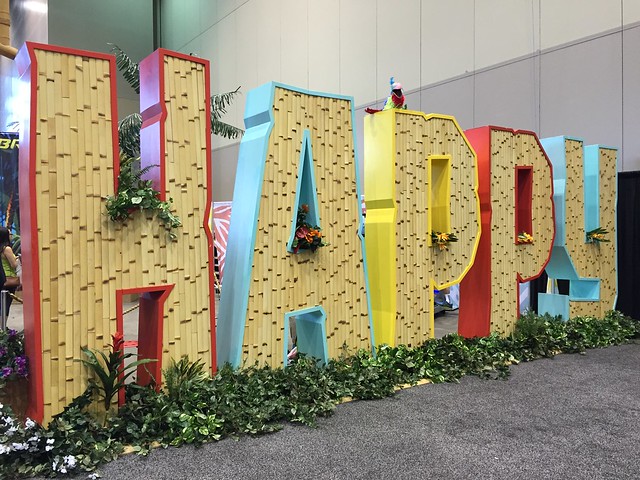 I didn’t have a ton of time to browse the expo, but I was there long enough to pick up my packet and shirt, purchase a pint glass and some GUs, and stock up on some free samples. Michael & Rachel were on their way to pick me up so after the expo, I got to hang out with them. I spent the rest of the day hanging around Chicago with Michael, Rachel, and Celeste until it was time to get the party started and celebrate the bride-to-be!

After an awesome night celebrating MBK all over the city of Chicago with some of my favorite girls, I got up and headed down to Grant Park where the race was starting. Another first for me was the size of this race. It was huge! I was slated for corral 28 out of 33 total, meaning I was waiting in line to start the race for about 30 minutes. I think I ended up starting with corral 26 by the time I was actually at the start line and ready to go.

This is where I started in my corral and the start line was actually on a different street. 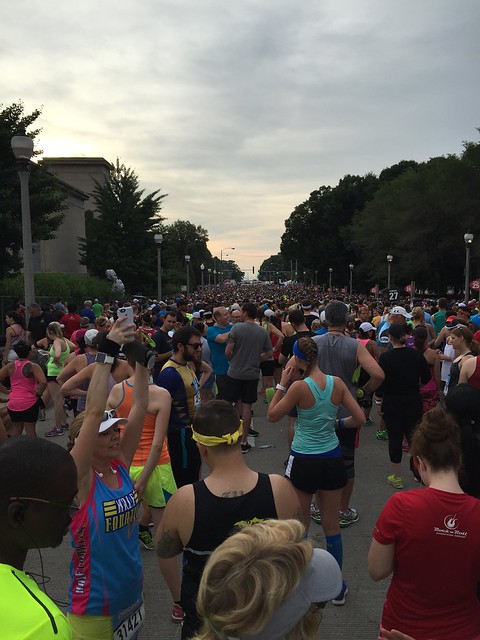 This is when I turned onto said street and could actually see the start line. 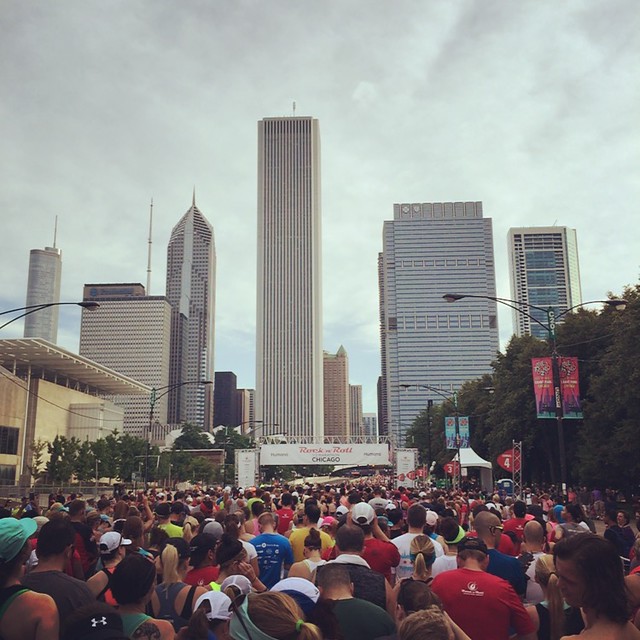 I will let the pictures speak for themselves, but overall the race itself was amazing, but how could it not be when you’re running through the city of Chicago? There was entertainment along the course and we ran by so many of the Chicago landmarks. I was able to see Michael and Rachel on the course twice which was so great. It gave me something to look forward to as the miles rolled by. After I saw them for the second time, I knew I wouldn’t see them again until the finish line. The race course took us too far south for them to go down there. There was a small portion of the course where we were passing runners ahead of us. I knew one of our local running buddies, Dave was somewhere in the mix and if I was going to see him then it was going to be at that time between miles 8 and 9. I made a point to look for him the whole time and I finally spotted him…and it was just what I needed to see, a familiar face. The rest of the miles were long and hot and I did a lot more walking at the end of the race. I was beat. By mile 8 my watch was clocking me a full mile ahead of where I really was which was mentally challenging. I figured it had to do with the tall buildings downtown messing up the GPS, but that wasn’t something I thought about going into the race. It was tough, my final distance by my watch was 14.1 miles, which was obviously not right. 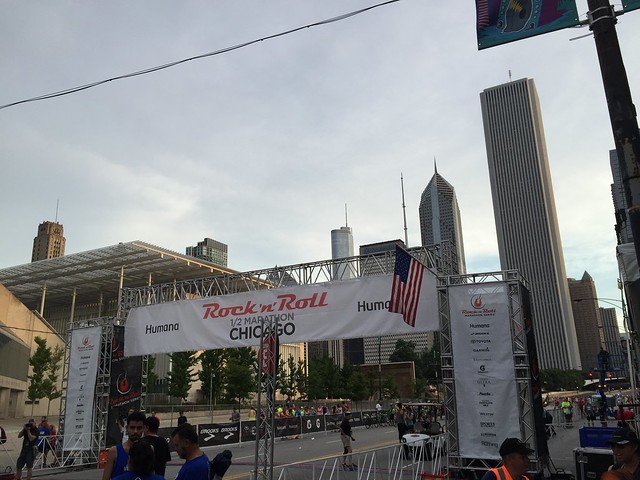 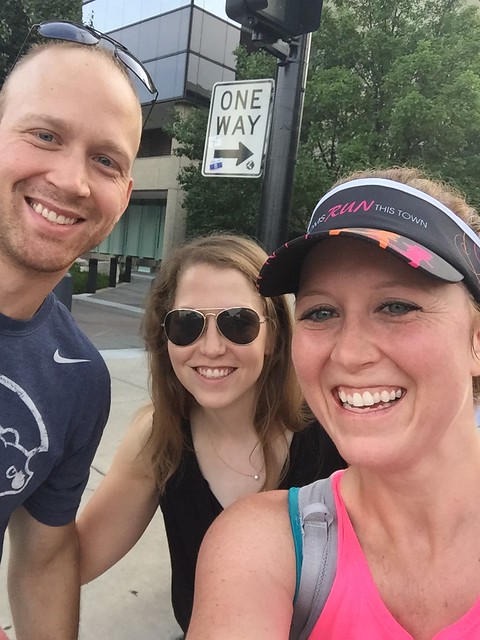 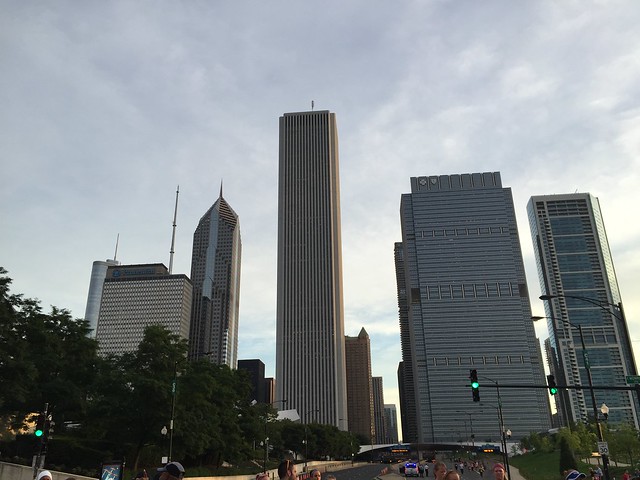 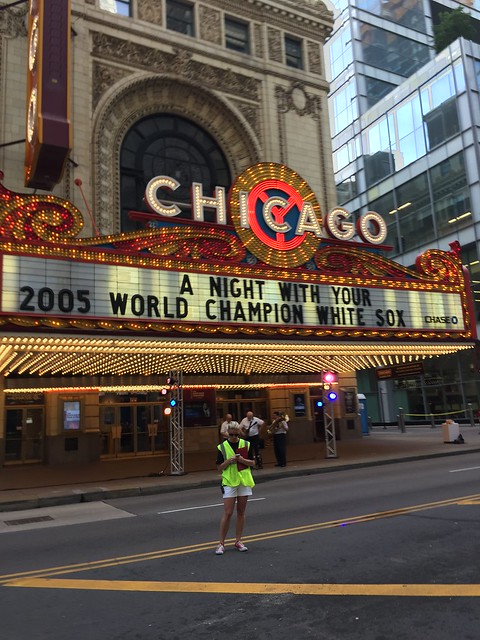 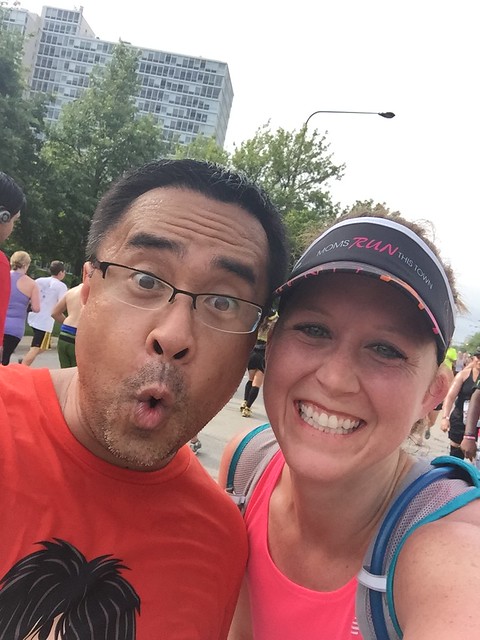 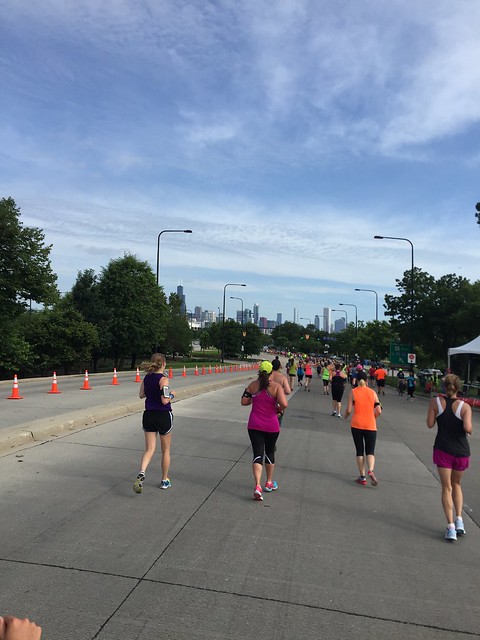 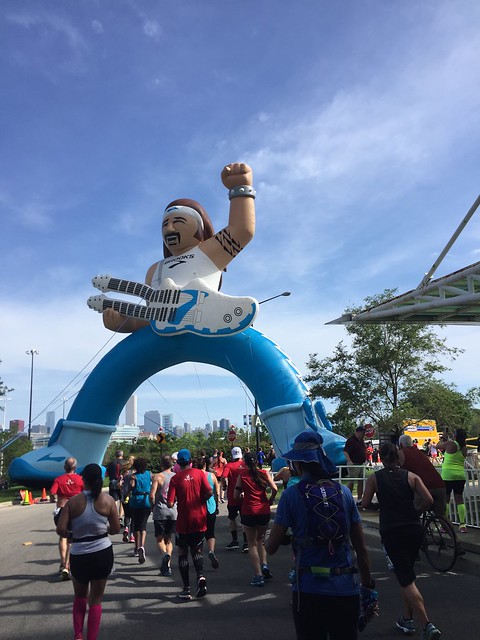 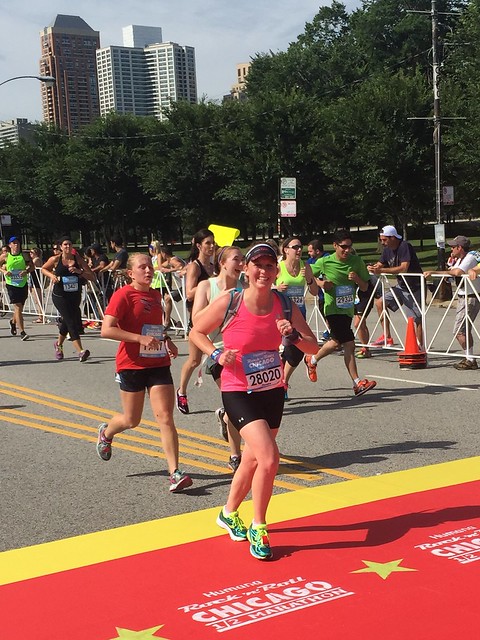 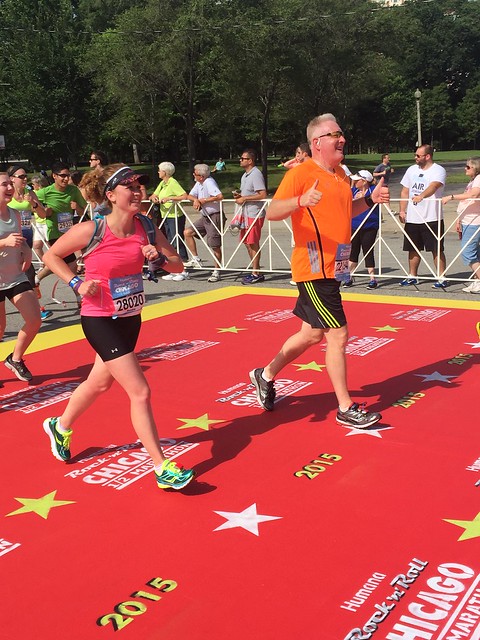 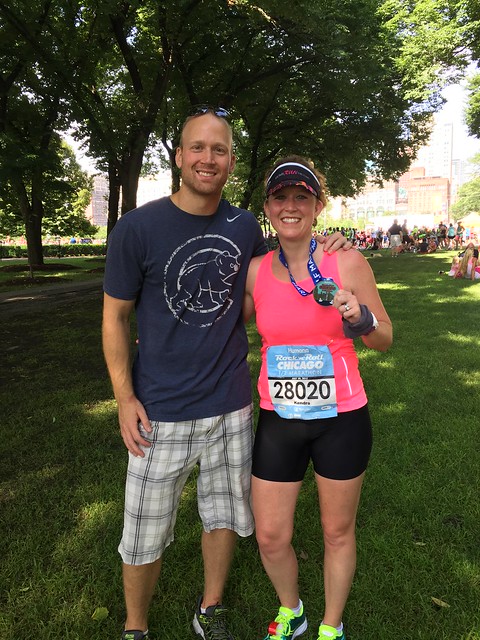 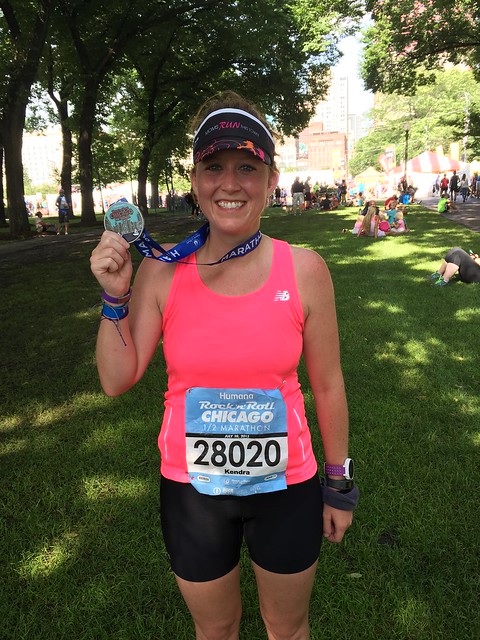 My official time was 2:26:37 with an overall pace of 11:11 min/mile and I placed 5,917 out of 12,075 runners. I am very pleased with my time considering how much I crammed into about 36 hours in Chicago. After the race I went back to the hotel to shower and say goodbye to my friends before I was off to Midway to catch my flight. I was back home in Orlando by 6pm that night completely and utterly exhausted. It was such a great two days in Chicago.