About a month after we booked our trip to Key West for October, I was scrolling through the list of must-do marathons of 2015 on Runner’s World. Much to my surprise, the Key West Southernmost Marathon was on that list and it was the weekend that we were arriving in Key West. The marathon and half marathon were held on the day we arrived, so running the half marathon was out of the question, but I did notice the 5K and 10K were being held the day after we arrived… awesome! I signed up for the race knowing that I would be forced to get in my training run that weekend even though we were on vacation and I could do another destination race.

The race didn’t start until 8am. On one hand this was good since it would be daylight when I had to leave and I had no idea where I was going AND taking a cab at the same time. I felt much better being about to see where I was going rather than it being before the sun came up. On the other hand, the sun was blazing down on us as soon as the race started and it was HOT. 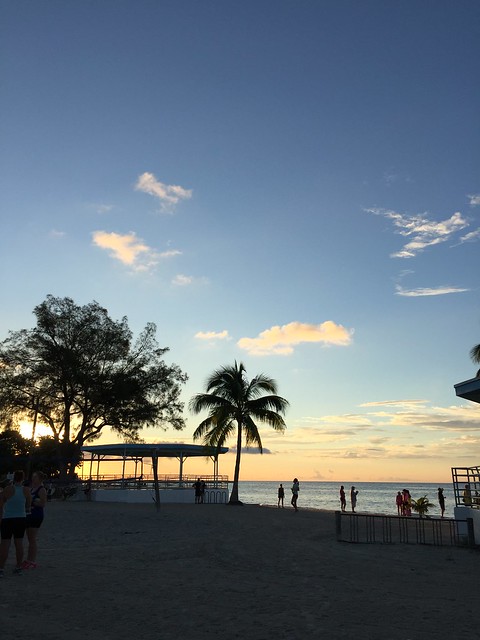 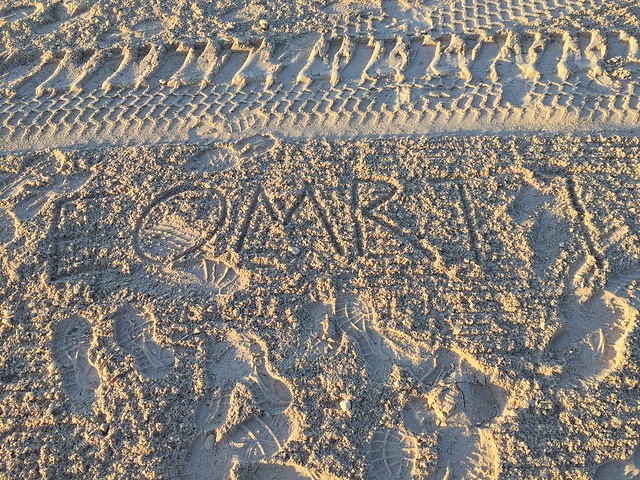 The race started at Salute! On The Beach which is a restaurant located directly on the man made beach in Key West… I later learned about it being a man made beach on our trolley tour of the island, which I will definitely share more about. The 5K and 10K started together and it was a relatively small race. 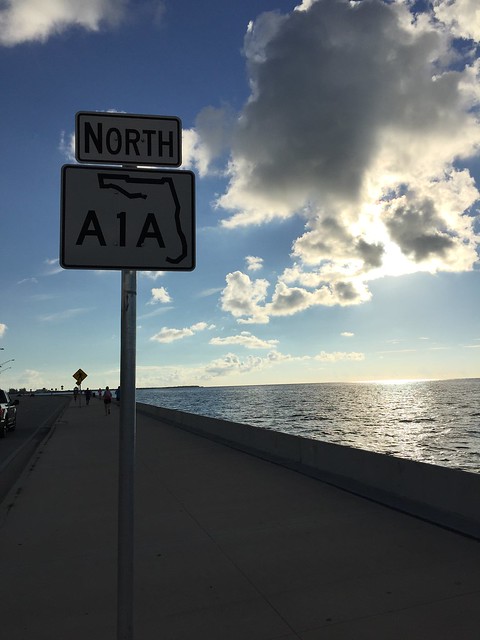 The course took us up A1A for 3.1 miles and we turned around and headed back to the restaurant. It was great overlooking the water for most of the race, but the sun was also beaming down on us the entire time and there was no breeze whatsoever. I really wish I would have brought my Camelbak or water bottle, but neither made it into the suitcase. There was water available on the course and I stopped at every water stop to grab a cup or two, but the water was so warm… so it definitely did not hit the spot. Not to mention, I probably did not hydrate well leading up to the race, so that didn’t help. As the race went on, the more drained I got. 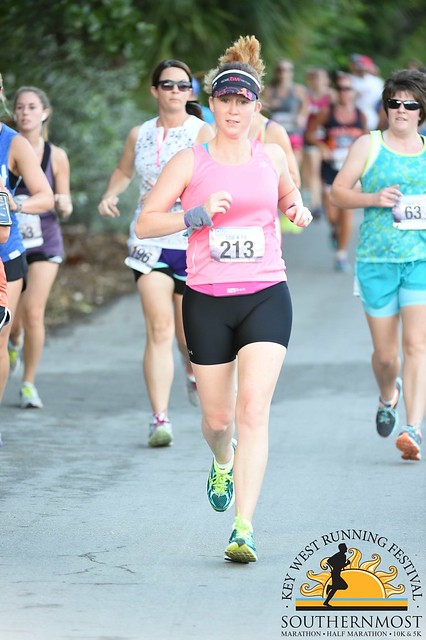 I started with a solid pace, but looking back it was too fast for how hot it was. My last mile was significantly slower than the first five and I walked more towards the end. I was so ready for it the race to be over! You can see my forced smile around mile five, but the next picture is a true representation on how I felt… beat! 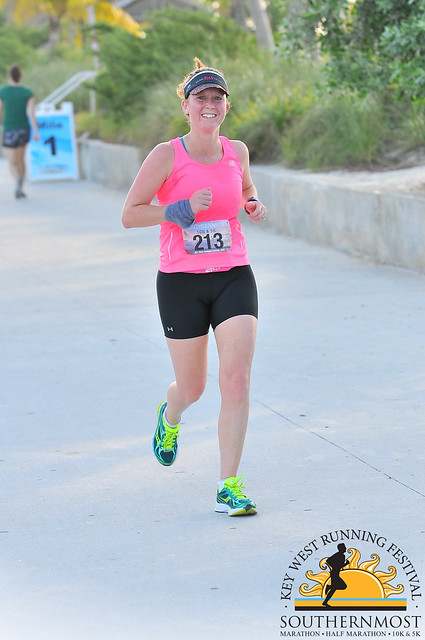 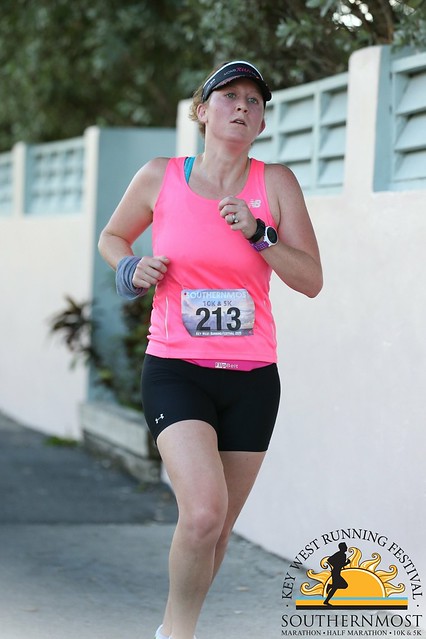 I finished 6.2 miles in 1:04:13 which was a 10:21 min/mile pace which gave me 4th place in my age group, 16th of the women, and 35th overall. I am pleased with my time, but knowing how much I slowed down at the end of the race, I know I could have done better. I am still convinced that the 10K race is my least favorite. I am not sure why, but I feel like it is such an awkward distance. 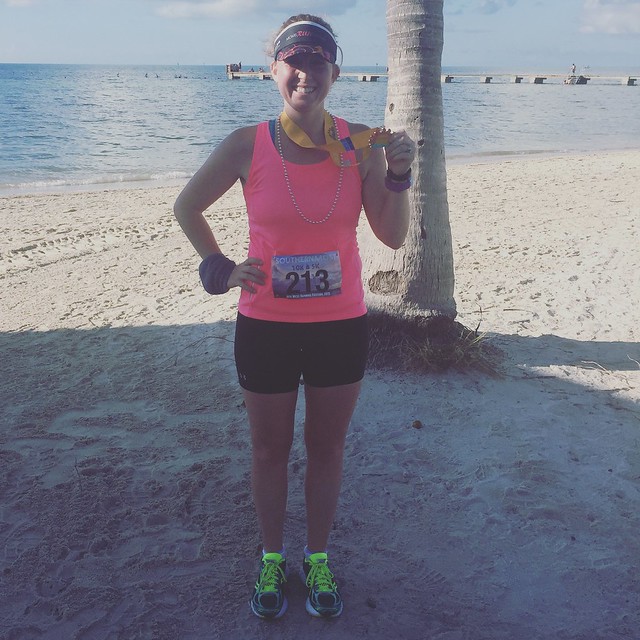 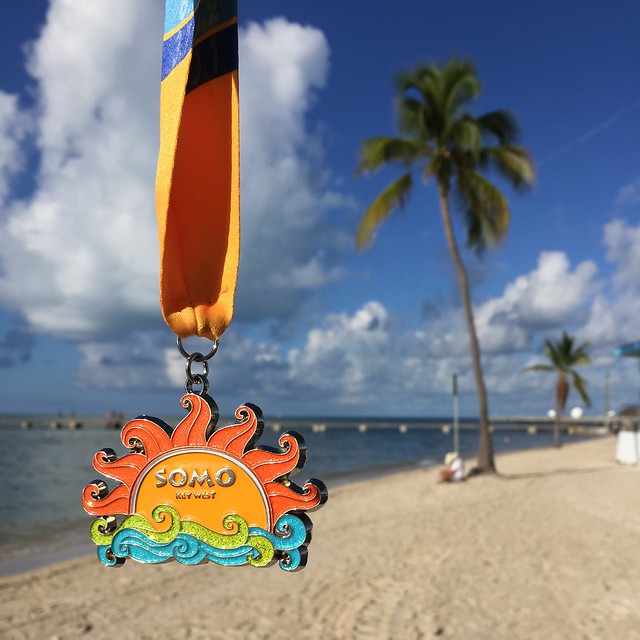 I am so glad I got to run this destination race in Key West and I going to start making it a point to look for races every time we travel!