Crosby is two years old! However, every time you ask him how old he is going to be, he replies with “be three!”. Sorry buddy, time is already flying, we’re not passing by a whole year! That pretty much sums up the C man though, he definitely thinks he’s older than what he actually is…I guess that’s what comes with having an older sibling. Anything Kenley does, Crosby tries to do, why wouldn’t he think he’s going to be three? 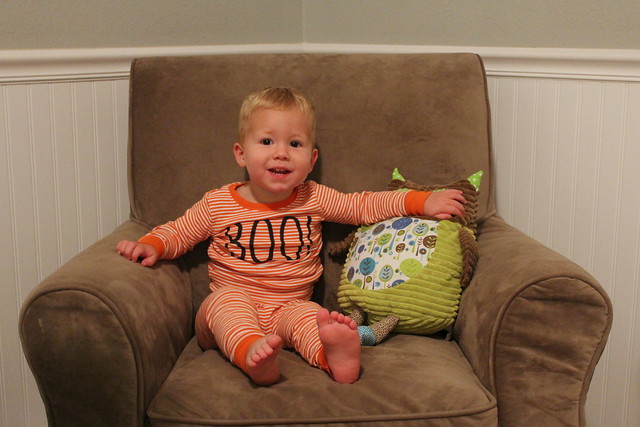 One big change this month was that we have decided to stop using cloth diapers. It is actually a much bigger change for Greg and I, than it is for Crosby, and I am still coming to terms with the decision. After returning home from Key West, Greg and I were both just over it. We dreaded doing the laundry and everything else that came with it. At that exact time, Target was having a huge sale and gift card deal on their boxes of diapers, so we bought three boxes that will hopefully last us through the next several months. It was clearly our decision, but it is still an adjustment considering we have been using cloth diapers for four years now. I would still recommend cloth diapers to everyone and can talk to anyone about them for hours on end, but with having two active toddlers, it’s just easier to do disposables. While I am a little bummed that we didn’t make it until the end, I can’t even begin to tell you how proud I am to say that we cloth diapered two children for four years straight. Don’t even get me started on how much money we saved over the course of those four years.

Another reason for the decision is that we have been introducing the potty more and more. I was thrilled to see that Crosby’s name was on the potty chart at school, so I know they are doing the same thing. A couple of his older friends have stars on the chart, so hopefully Crosby will start following in that direction. We get reports that he does sit on the potty, so that’s a step in the right direction in my book. 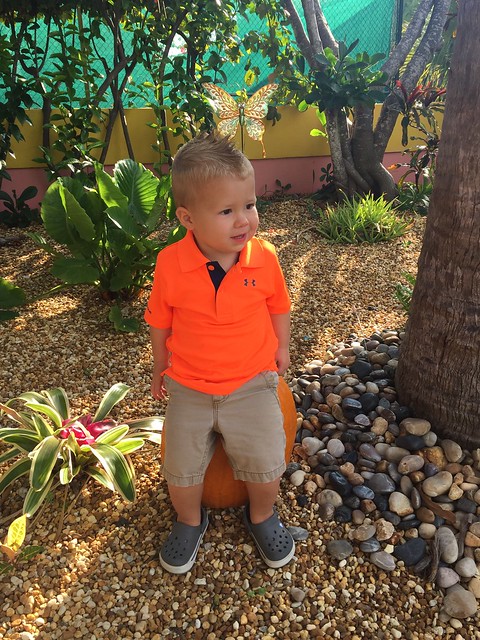 Crosby has turned into a talking machine. He is doing very well with his ABC’s and numbers, as well as singing some of the popular nursery rhymes. His colors still need some work. The drive to school in the mornings are becoming more interesting since majority of the time both kids are talking at the exact same time. I remind them that they have to take turns, but Crosby doesn’t quite get it yet, so it just turns into them trying to talk over each other. Now that his car seat is forward facing (another big change this month!), he loves to point out everything he sees as we are driving. He is doing a great job with his words and he is a little parrot.

This month Crosby took his last airplane ride as a lap child. He now has a Rapid Rewards number and will get his own seat on our next flight in December. He loved being at the airport and watching the planes take off and the trucks go here and there. He was in heaven. 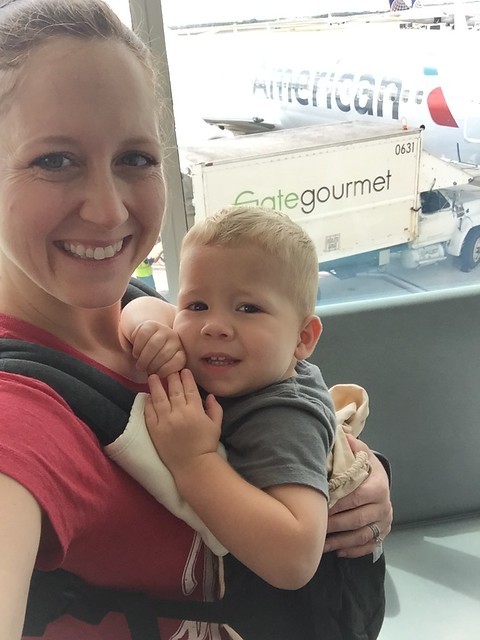