We went to Animal Kingdom this past weekend with my mom. My parents were staying at Disney because my dad was attending a conference and Greg was working on Saturday, so we made a day of it. The kids and I got up on Saturday and headed down to the Grand Floridian to pick up Meemaw and we made our way to the park. 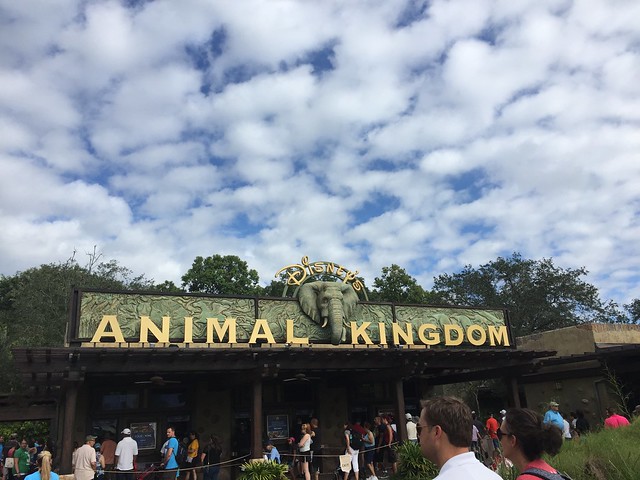 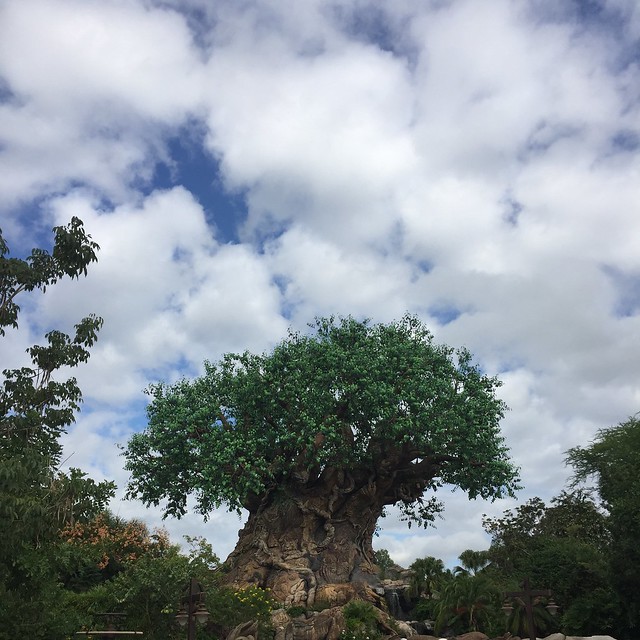 We had reserved our fast pass for the African Safari through the My Disney Experience app (which I highly recommended), but the wait was only 20 minutes when we arrived, so we got in line. I would say it was probably a little over 20 minutes by the time we got on the ride, but the kids were pretty good in line. We’ve been having a heat wave, so it felt like it was 90 degrees out and about 100% humidity, so we were dripping after about ten minutes in the park. The safari is the best ride at Disney, in my opinion, and probably the longest ride. We saw so many cool animals! 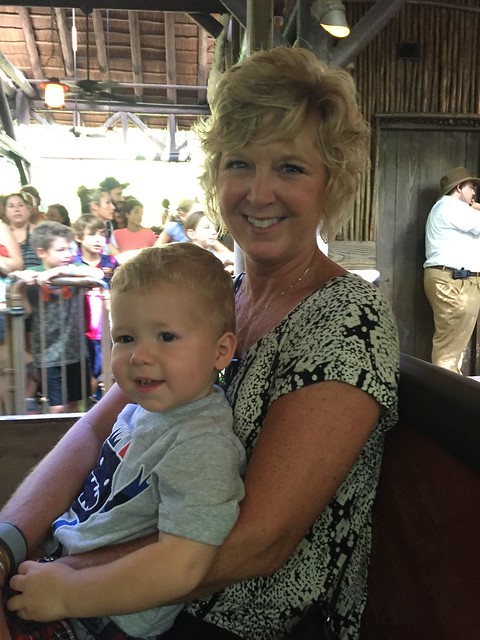 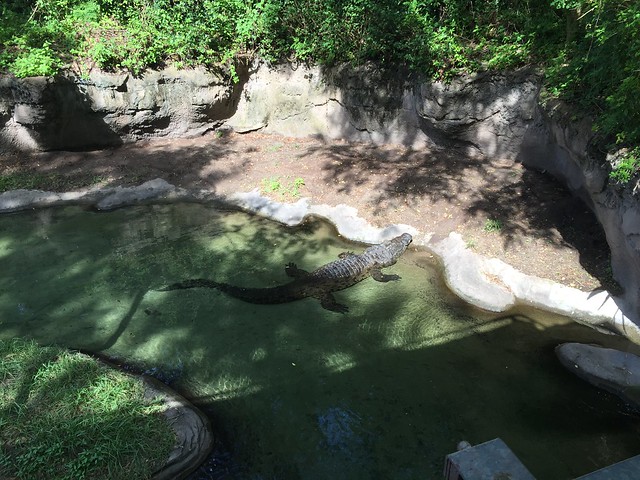 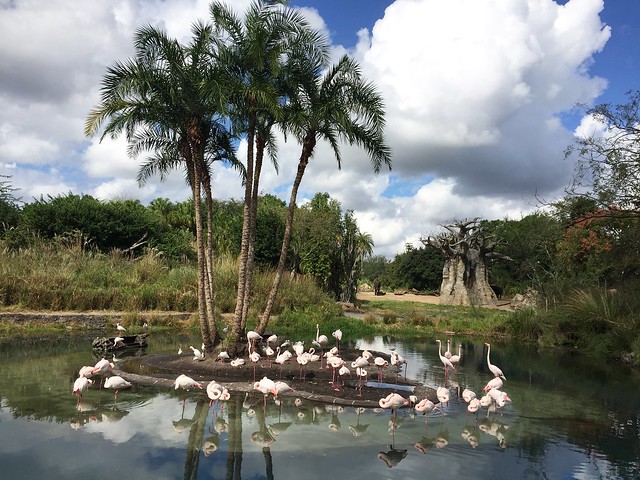 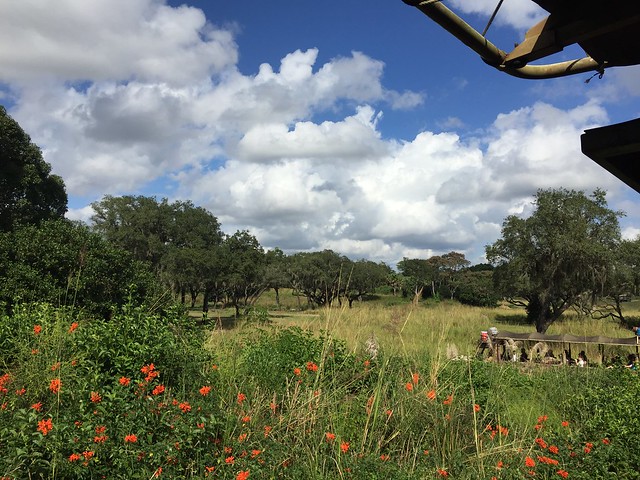 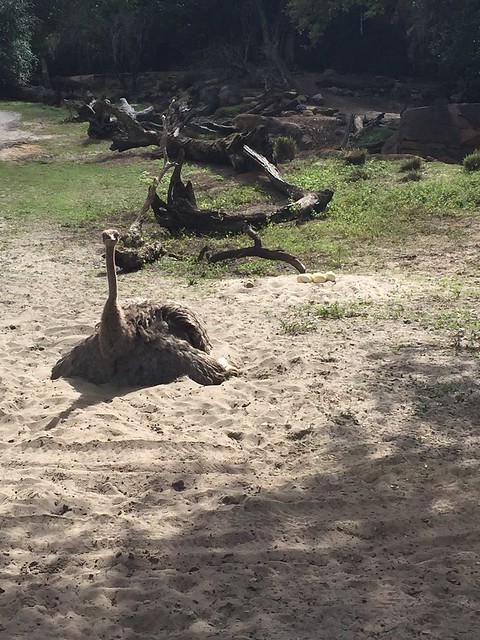 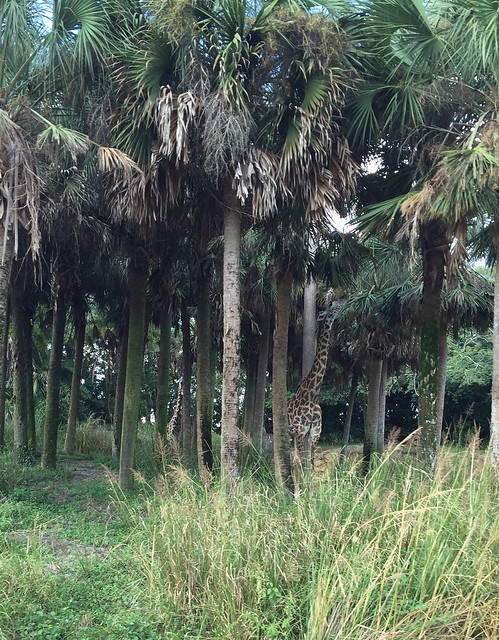 After the safari, it was already time for lunch! We walked through other areas of the park, including DinoLand where we rode some kid rides, and Asia. I had a fast pass for Everest, so hopped right on and rode it quickly by myself. 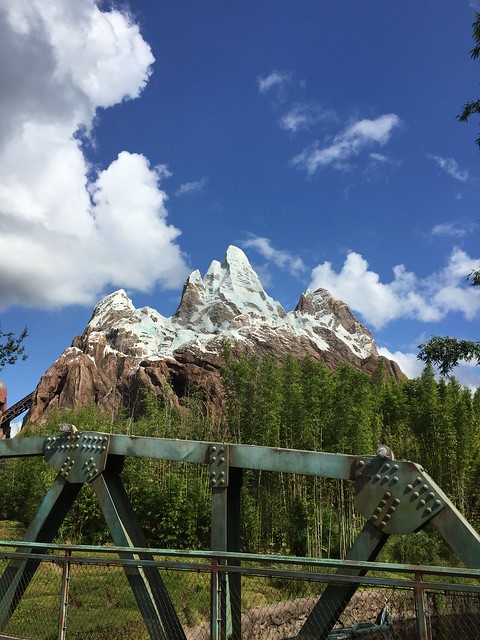 It was then time to see Mickey and Minnie! The kids were all about it, but I know they didn’t know what to expect. Once we got in there and saw how big they were, they were not as excited. Kenley reluctantly gave Minnie a high five after the picture was over and Crosby wanted nothing to do with them. Of course, afterwards, they kept talking about seeing Mickey and Minnie again. I am sure next time will be much better. 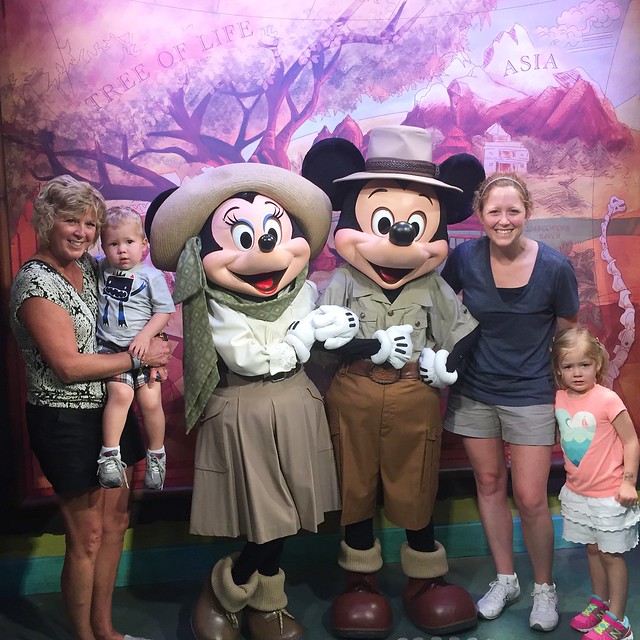 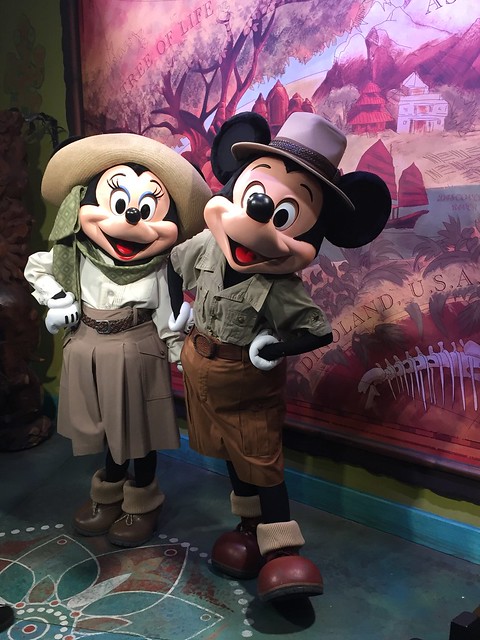 We hit up The Lion King show back in Africa which gave us a chance to sit down in the cooler temperatures. Crosby took a 15 minute snooze in the Ergo and that was all the napping that either of them did that day. The show was absolutely amazing and was Kenley’s favorite part of the day. Side note: she will tell you that her least favorite part was the It’s Tough To Be A Bug show which was a 3-D show with special effects (thrill level: loud, dark, and scary). In hindsight, we probably should have passed on it, but oh well!

We ran into Tarzan on the way out and Kenley was excited about getting her picture with him. I’m pretty sure she doesn’t know who he is, but that’s okay.

At the end of the day, we got a couple much-needed drinks and walked through the shops before heading back to the Grand Floridian to meet up with Grandpa and have some dinner. The kids loved hanging out at the hotel and by the time we hit the highway, they were both passed out in the car. 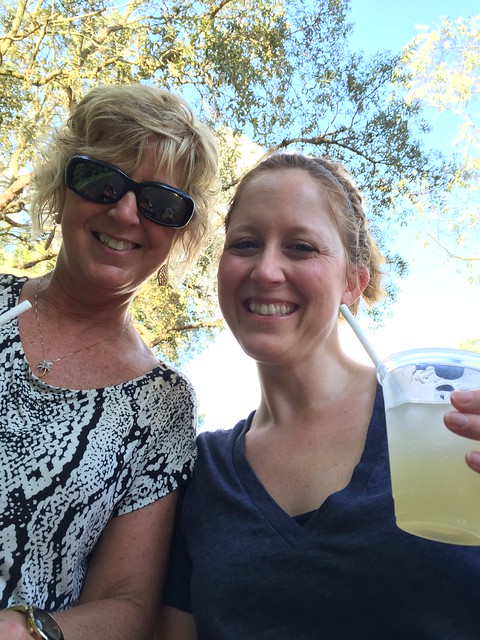 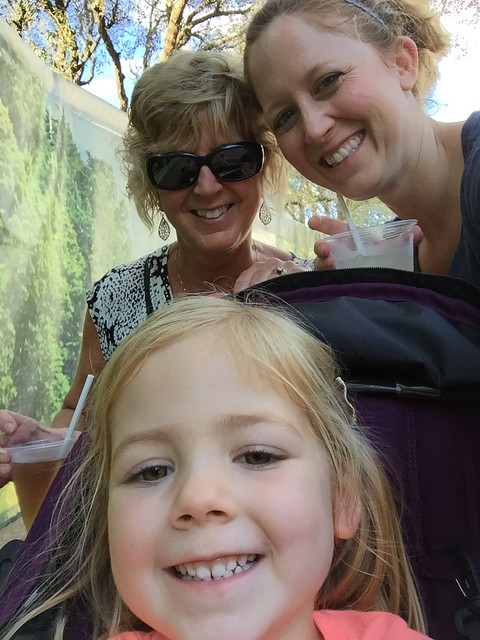 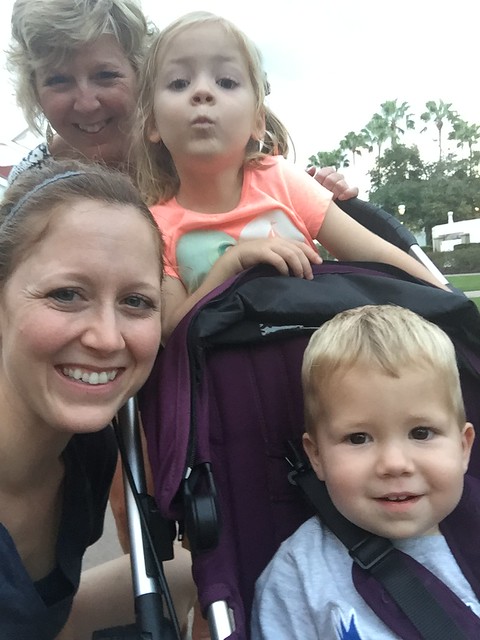 It was such a fun day!