Over Thanksgiving weekend, I ran the Space Coast Half Marathon in Cocoa. I had signed up for the race back in February since the half marathon sells out very quickly as it is a very popular race here in Florida. Since February, various things happened leaving me without a running partner for the race. I wasn’t all that thrilled about running alone, but I had heard such great things about the race, that I was still excited about that. Since the Lake Nona half marathon, I felt pretty unmotivated with my training, so I didn’t put a lot of effort into my runs in the four weeks between races.

I went over to Cocoa on Saturday with some other moms who were all running the full marathon. We hit up the expo, had an Italian dinner, and stayed the night in a hotel so we could be closer to the start of the race. 4:15am came very early the next morning and we all headed to the start of the race. The half marathon started at 6am and the full marathon started at 6:30am heading in the opposite direction. 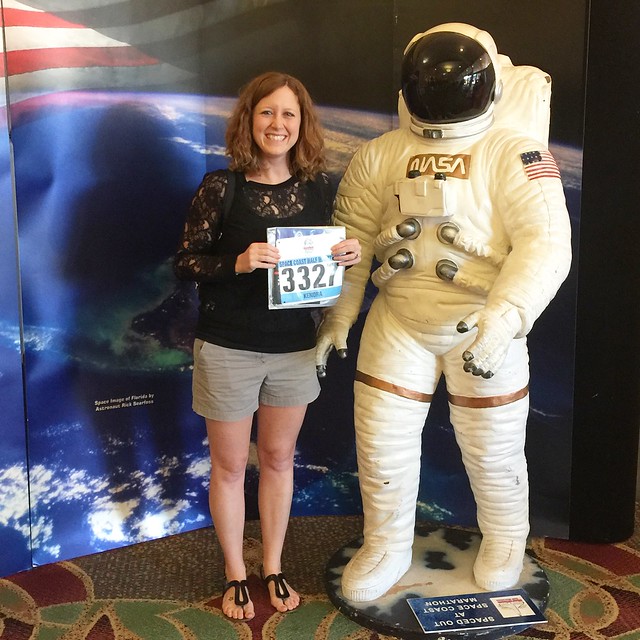 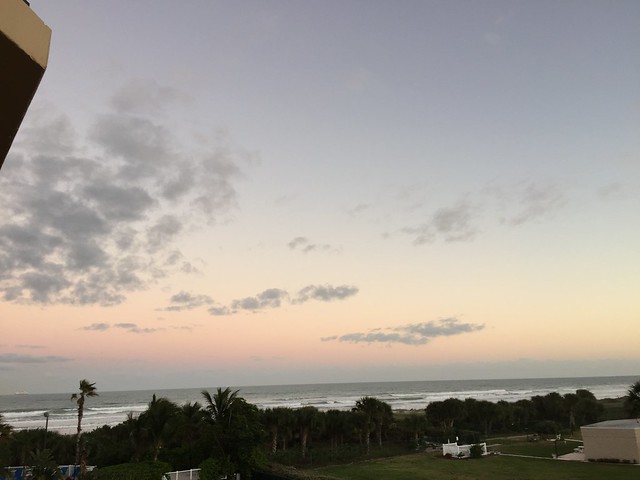 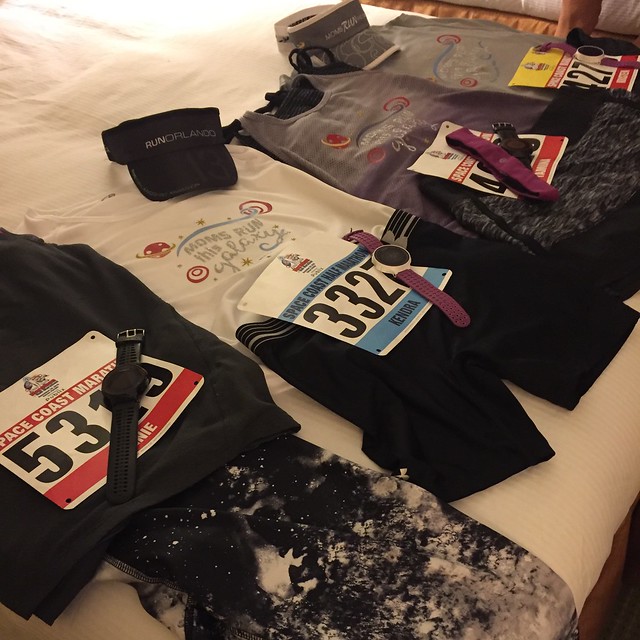 I headed to the corral by myself since the other mamas had more time before the start of their race. I made my way into the crowd and lined up behind the 2:15 race pacer. I really didn’t have a goal in the race, but I had listened to a little bit of what the pacer was telling his group of runners and picked up some tips. I didn’t plan on staying with the pace group because I was planning to run intervals (run 5 minutes, walk 45 seconds), but I thought if I could see the group while I was running then I could probably beat my Tomoka time of 2:20. 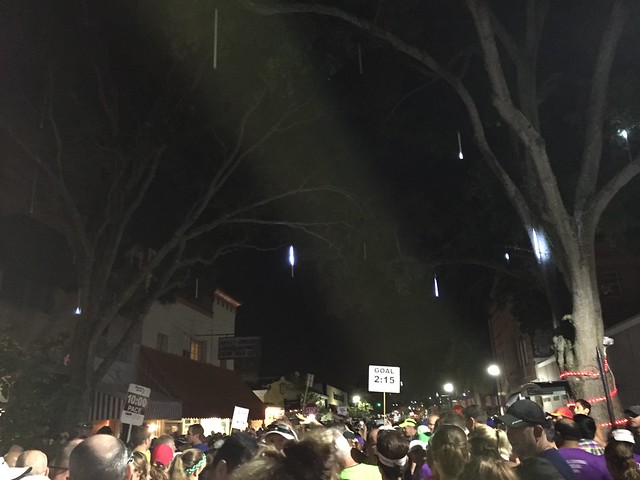 The race started out well and when I saw my first mile was closer to 11 minutes, I wasn’t upset since I heard what the pacer had just told his group about starting out slow. The water stops were pretty much every mile, so I got to the point where I would start skipping some my walks if I knew there was a water stop ahead. Around mile 4, I made a mental note to remember how peaceful and quiet it was. There were no spectators, no other runners were talking, the sun was starting to come up, and it was just so refreshing. As we continued, some of the local residents had food, beer, and liquor out for the runners, which was awesome. The course was out and back, so around mile 6, I started looking for other runners I knew on the course.

Once made it to the turnaround, I started looking for the 2:15 pacer and realized that I was further ahead of him than I thought. That gave me a huge boost and I made my way back still looking for other runners I knew. I figured that it was the same course on the way back so I could definitely keep my current pace. I kept skipping walks and taking them during the water stations. I was still feeling pretty good and completely flying on adrenaline. Around mile 12 (which is always the worst), I saw Katie. We chatted a bit and when I stopped to walk, she kept going. As I got closer and closer to the finish line, my speed kept increasing. Right as I was about to turn right to head into the shoot to finish the race, I saw Kristen who was passing the midway point of the full marathon. She gave me a high five and said “great time!!”. 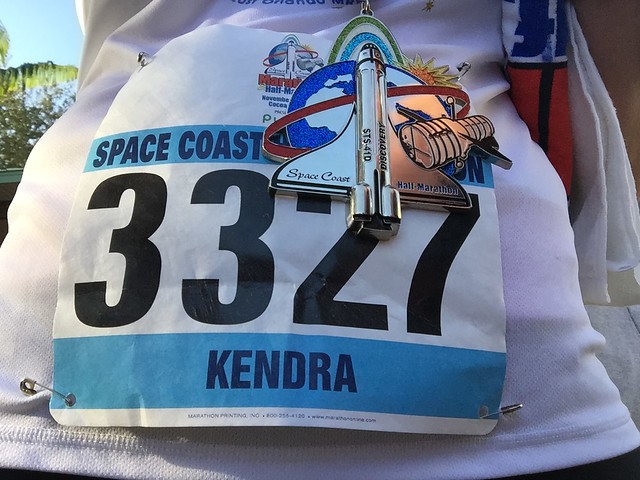 I busted it out and finished in 2:14:14 which was a six minute PR and ten whole minutes faster than the Lake Nona half marathon. I was seriously in shock. I grabbed some water and made my way through the crowds. I didn’t have anyone waiting for me at the finish line and I wasn’t running with anyone, so I was just aimlessly walking / hobbling around on cloud nine. I finally ran into Katie again who gave me a huge hug. She ended up finishing a minute or two behind me when I thought for sure she was still ahead of me. I must have been in the zone because I didn’t even notice passing her in the last half mile. 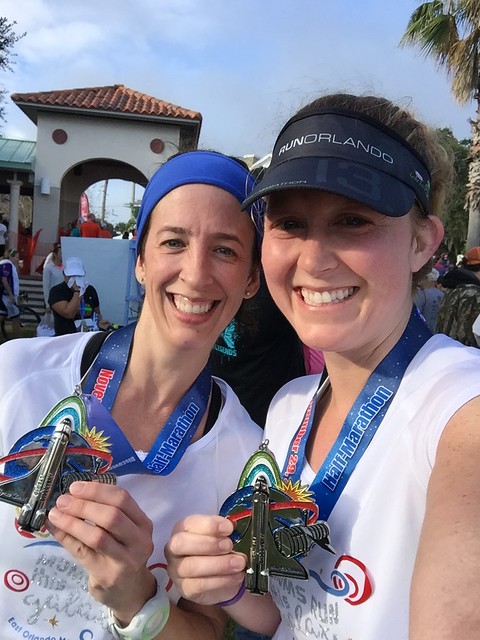 Katie and I took some pics and I saw a few other moms that I chatted with. The after-party was really great, but after my pizza and beer, I headed home to Orlando. I needed to see my people who I hadn’t since the day before. 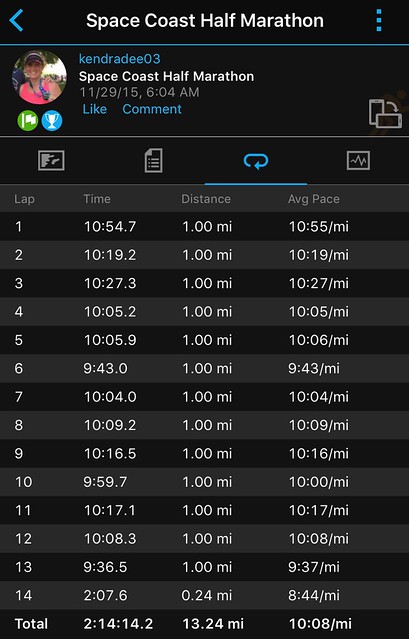 I was still looking back at my splits this week as we are gearing up for our next race at the end of the month. I am still a little bit in shock that I pulled off a sub-2:15 half marathon in 2015, which was a very, very distant goal in my mind. Overall, the weather was good, though on the hotter side, the course was very flat and very fast, and I think all of the stars aligned (no pun intended) for me to have such a great race that day. 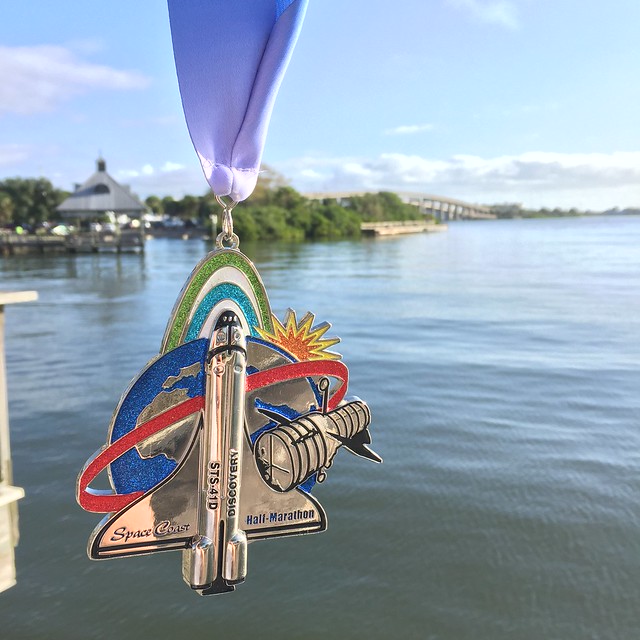 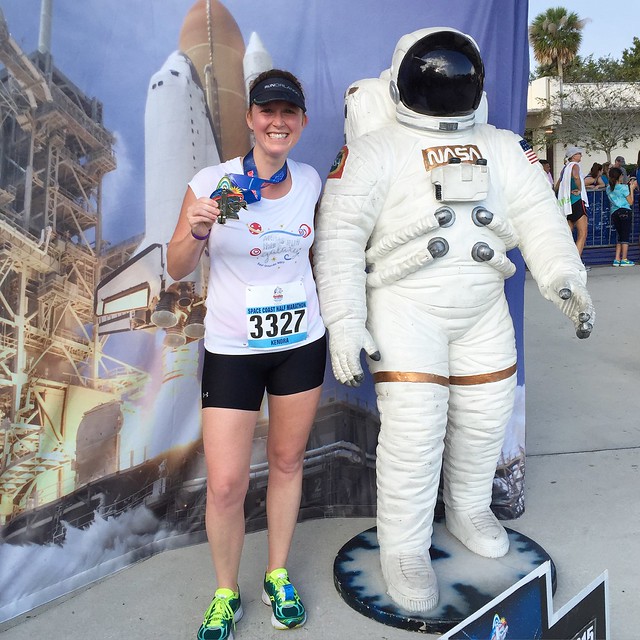 I’ll definitely be back for Space Coast 2016…and hopefully 2017 so I can earn my three year Milky Way medal!