Race season continues! Two weekends ago, I ran the Best Damn Race 10K for the second year in a row. This year, I was more excited for the sole reason that I actually had someone to run with and I had several friends that were going to be there. There was a very large group from the running group running one of the three races offered that day. I knew it was going to be a fun time. 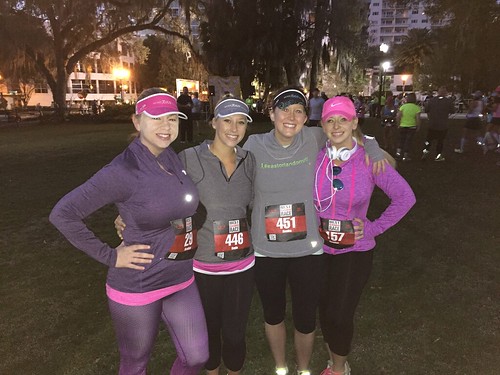 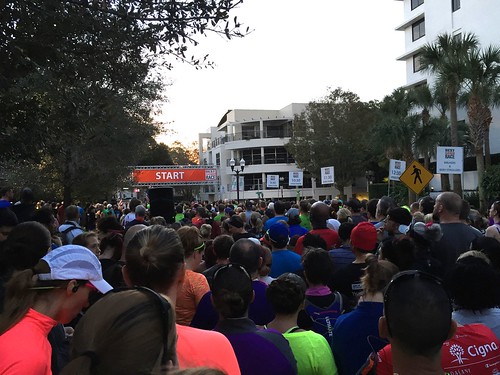 The race started and we were underway. Heather and I had a goal to run the race under one hour and PR. It was chilly at the start of the race, but I later regretted wearing a long sleeve shirt. It warmed up quickly and I was definitely sweating by the end of the race. We did a good job of pacing ourselves and each of our miles were pretty consistent. I was even surprised by a few of them when I saw we were going faster than it felt like we were going. Once we hit mile 5, I knew we had to finish in the next 12 minutes in order be under an hour, which I knew we could do. I casually mentioned this to Heather and it turns out she was already having a little bit of anxiety about the finish (oops!). Around mile 5 and a half, I inched ahead of her and she gave me the wave to keep going. At mile 6, we turn the corner to finish the race, but the finish line is at the other end of the road. It is the longest .2 miles of my life! The street is lined with runners who have already finished, as well as fans cheering everyone on. It is exciting, but also stressful. I could see the giant clock at the finish line and knew I was going to PR. 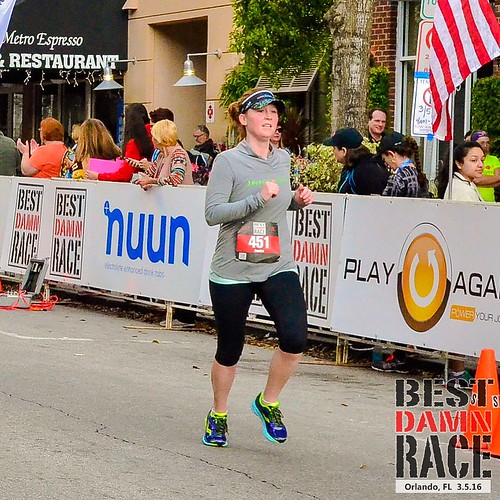 I finished the race with an official time 58:51 which was over a minute faster than last year! Before grabbing my medal, I turned around to see Heather finish. Not long after we got our medal, we saw Kayla walking up! She finished a lot sooner than she thought she was going to so I was happily surprised to see her! 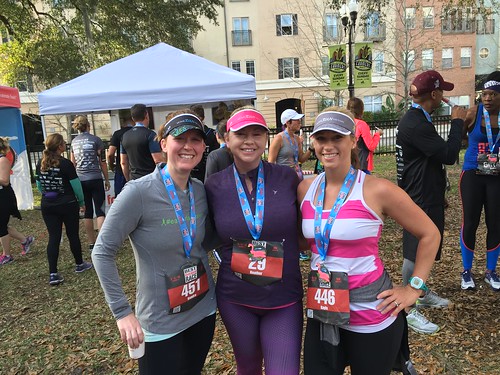 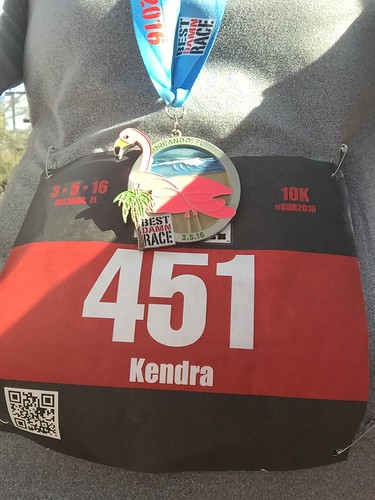 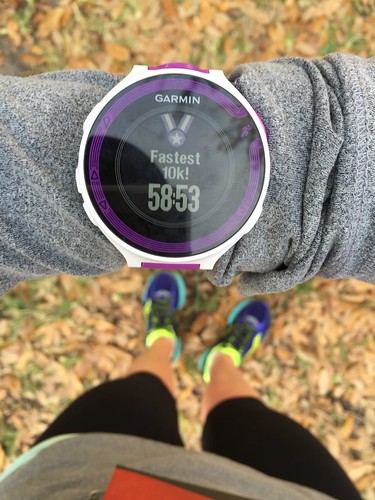 We ran the whole race without stopping, which is affirming our decision to no longer run intervals. My watch congratulated me on my fastest 10K and we were off to celebrate! 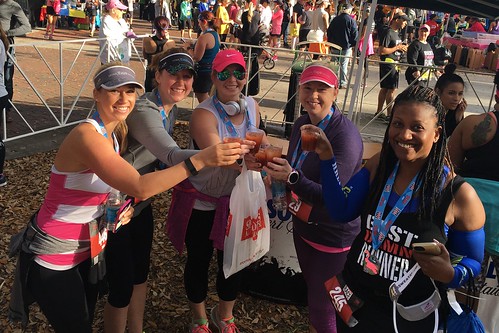 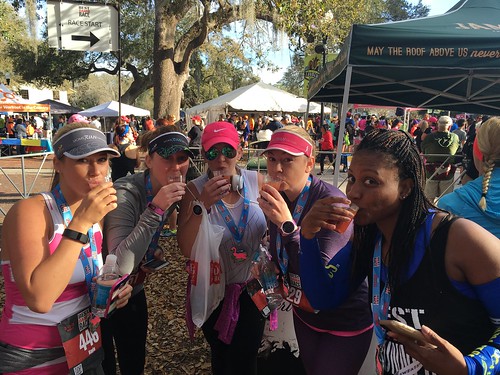 The after party was great, complete with free beer and Absolute vodka – hello Bloody Mary! We also devoured rice, beans, and chicken from Pollo Tropical. It was all delicious and so much fun seeing all of the running mamas out there. Thank you BDR for a great race, even though I still am not a huge fan of the 10K distance.