This month Crosby started back up with swim lessons with Heidi. He has been at it for two weeks now and has picked up right where he left off. Last week, Kenley got in the pool with him and showed Heidi how she could dive off the sun shelf. Crosby proceeded to follow the lead and dove right in himself. I think it was just a preview of what’s to come this summer. 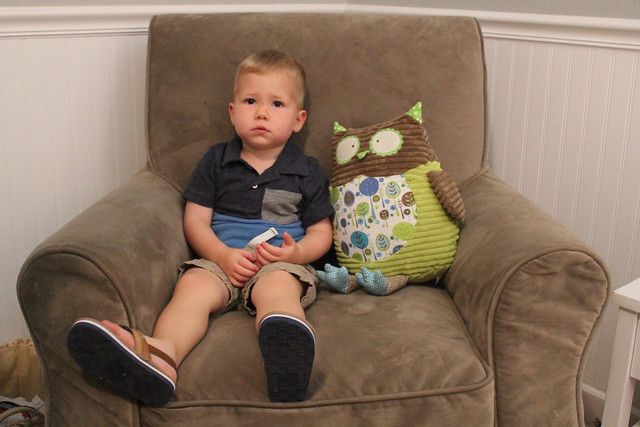 He also is into repeating everything you say with the same tone of voice, such as “oh my gosh!” and “the answer is no.” He will just sit and intently watch Kenley while she is telling a story (like the leprechaun story), then repeat the story like it happened to him. 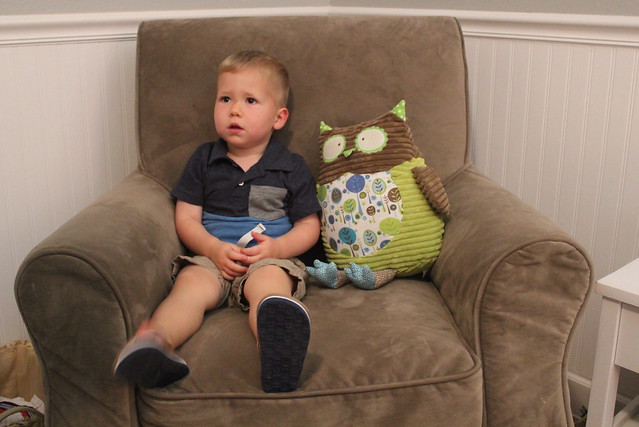 While he is quite hysterical most of the time, this month has also been a little bit of a challenge. We’ve received some less than stellar reports from his teacher about his behavior at school, mostly stemming from not wearing his listening ears. He also loves the word “no” right now and needs reminders to use nice words and nice hands. I think the “trying twos” are in full effect over here. 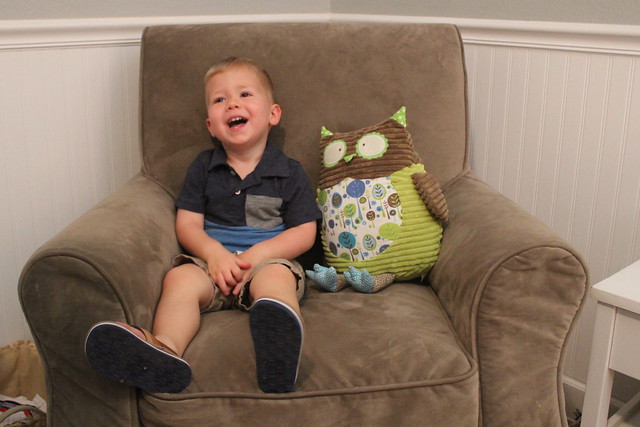 I am happy to report that bedtime has been slowly getting better. We spent a few nights at Disney this week and Crosby and I slept in the same bed for the first time ever. Boy does he move around a lot at night! Several times I had to move him back to his own pillow because either his head or his feet were in my back. The kids enjoyed sleeping in our beds, but I think they were happy to be back in their own beds tonight. Crosby likes to sleep with his lovies, animals, Mickey, boat pillow, whatever the chosen item is that night. It may be a phase, but it’s pretty different than Kenley who rarely sleeps with anything in her bed. 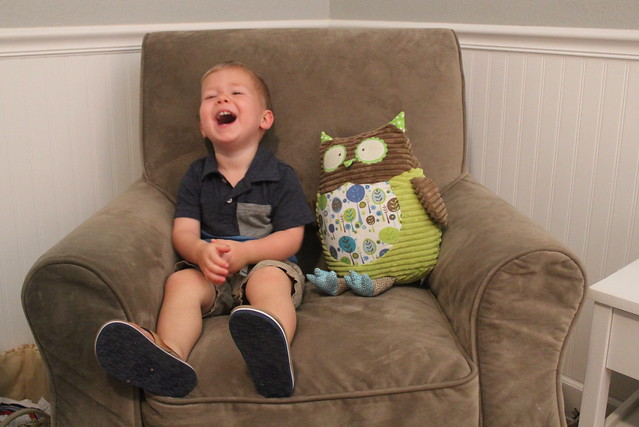 We haven’t attempted potty training boot camp yet but that is the next item on our agenda. He had been sharing Kenley’s bathroom for teeth brushing and taking baths so the little potty has always resided in there. This week, he got his own step stool and we moved all of his stuff to the pool bathroom which will be his very own. The potty, toothbrush, toothpaste, and cup all got moved with the hopes that he will be excited to have his very own bathroom now! Once we start potty training, he won’t be able to go into Kenley’s room to use her bathroom, especially in the middle of the night, so hopefully claiming ownership of his own bathroom will make him more excited to use the potty.

29 months notes:
Weight – Probably around 33-34 pounds
Hair – Light brown and just got a haircut this week!
Teeth – 16, but I definitely think at least one molar is coming in.
Eyes – Brown
Clothes – 2T clothes, some 3T pajamas, and size 8 shoes
Diapers – Size 5 disposables during the day, size 6 at night
Likes – Saying “no”, but also saying “thank you”; cuddling; sharing; animals; not listening; swimming; Mickey Mouse; eating; riding his balance bike; helping himself to the crackers; running everywhere; playing with trucks, cars, trains, planes.
Dislikes – Getting his monthly picture taken (see above) which usually ends with Daddy trying to make him laugh and M&M bribes; getting his diaper changed; getting time outs; seeing Mommy or Daddy upset with him.