Today is Kenley’s half birthday and just like that, we have a four and a half year old.

This girl is growing so fast. I had to go back and read her post from her 4th birthday and I can safely say that age 4 has been our favorite so far… which I am sure I will keep saying, but the first six months of 4 have been so different than age 3. She seems so much older than four and a half on most days, just by what she says and the things she asks. Greg and I are usually stumped or frustrated that we have trouble explaining what a word or concept means to her because we have never thought about it before. It is also very hard to explain what a word means without actually saying that word. She is very inquisitive. 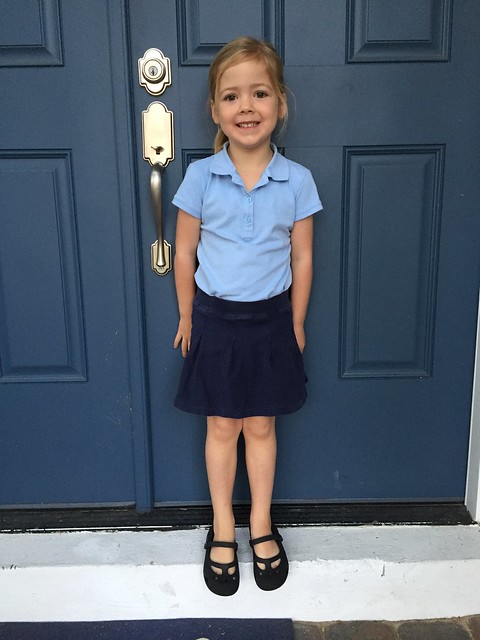 Kenley visited the dentist this month and needed several pep talks leading up to the big day. This was her third visit and she hadn’t been thrilled about the first two  visits, so she had it in her mind that it was going to be terrible. However, I was pretty concerned about a tooth, so I stressed the importance of her getting x-rays done and getting a good cleaning. At her appointment six months ago, the dentist mentioned two of her teeth that we needed to keep an eye on and she was right…both of them already had cavities this time. As I sat there feeling like a failure of a parent, she said the both teeth were doomed from the beginning just by the way they were shaped, so there was nothing we could have done about it. Kenley will have both of them filled on two separate occasions, which is a bummer, but they aren’t painful now so we will avoid that by getting them done. The good news is that Kenley has asked to go back to the dentist several times since we’ve left, so hopefully her fear has subsided and the two fillings go well. 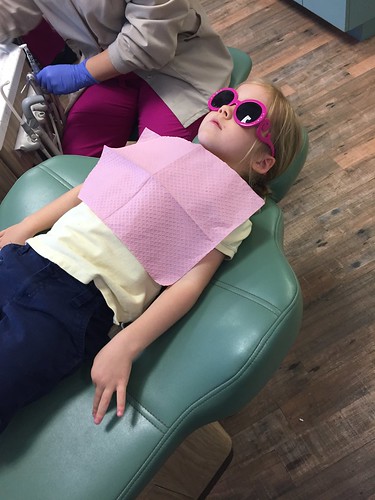 We have officially submitted the paperwork for Kenley to start VPK (voluntary pre-kindergarten) this fall and she will be at the same school. Realistically, not much will change for her, but a portion of the day is free, so Greg and I are excited about that part. She is currently evaluated four times throughout the year now in preschool and already been evaluated on the VPK standards this spring. You know how it is…all about the assessments and milestones. She does very well in school and absolutely loves it, so we are very happy about that.

I’m not sure how, but sleeping has definitely gotten better with age for this girl. She willingly goes down for naps and for bedtime most nights. She can get by without a nap if needed, but sleeps hard when she does take a nap. She also will nap anywhere which she gets from her mama. If we are going someplace and we tell them they need to take a nap in the car, she’s in her car seat and has her eyes closed within the first 10 minutes. She also crawled into the stroller at Disney a couple weeks ago and went right to sleep. As long as she doesn’t fight taking a nap, we will offer her a nap, but I am also mindful of not letting her sleep too long during the day. She really will only be able to nap for another year or so, so we aren’t in a rush to drop it just yet. I hope she understands how awesome naps truly are and that she will miss them once she starts school. Her bedtime is 8:00pm and we are usually still pretty strict with that since she will get up at 6:30am the next morning no matter what time she goes to bed. The girl loves a schedule, I can tell you that. Her brother, on the other hand, will probably be done with naps when she is done with them. 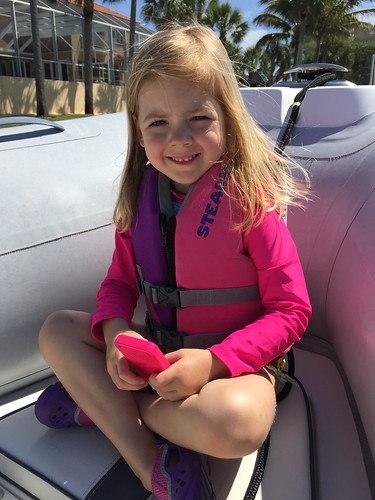 Here are some of her favorites at four and a half:

I then asked “which heart dress?” and she said “I don’t know, but I want to buy one.”