It’s Crosby’s half birthday and he is officially two and a half years old! This concludes the month of half birthdays for our family. April is almost as exciting as October. We celebrate the kids’ half birthdays with a donut to have something exciting happening in the spring since all of the real fun happens in the fall. Sometimes, it’s the little things. 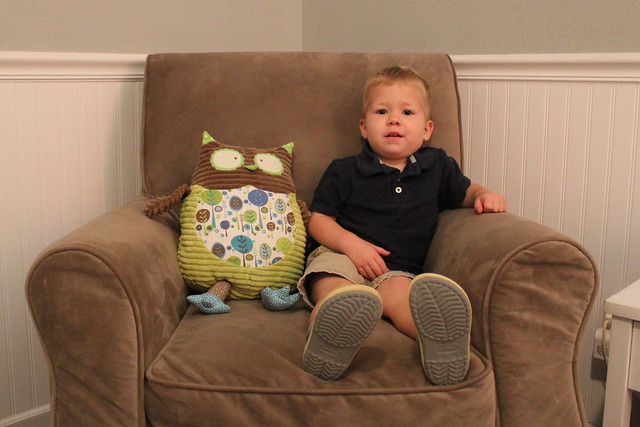 Crosby has a lot of updates this month!

This month was his first trip to the dentist! Kenley didn’t go until she was three years old and really didn’t like it at all, so I wanted to start Crosby sooner with the hopes that he doesn’t think much of it. It also helped that his big sister was there too. To be honest, he could care less about it and did a great job! Since he was a first-timer, he got his name on the board! 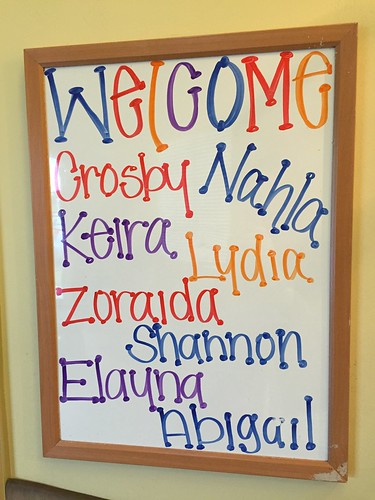 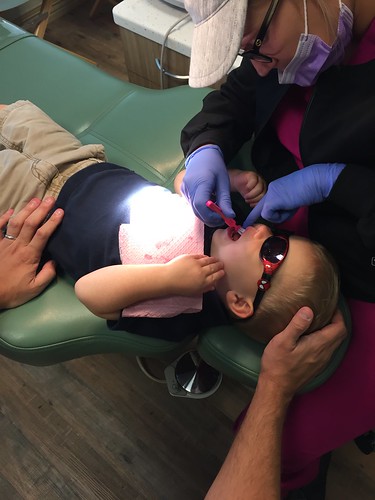 Another first this month was our trip to the ER a couple weeks ago. As I was arriving at school to pick up the kids on Thursday evening, he was playing on the playground and had a mishap with the slide. His bottom canine tooth went straight up into his top lip very close to the crease. As soon as I saw it, I knew it needed stitches and I do not do well with things like this. Of course, Greg was at work too, so we all headed to urgent care to see what they could do. Turns out, not much. After thinking everything through, I ended up going back to the house to change out of my heels and suit jacket and to put Crosby in some comfy clothes. I dropped Kenley off at Kyler’s house and Crosby and I were on our way to the ER. He ended up getting called back around 7:45pm, right at his bedtime. I’ll spare you the details, but he did awesome and I did horrible. I had to sit down because I was about to pass out. He got three stitches in his lip and one dissolving stitch on the inside of his cheek. He was limited to bland, soft foods for the week and no straw or sippy cup which was actually the hardest part. The stitches were removed on the following Wednesday and we celebrated at Tijuana Flats. 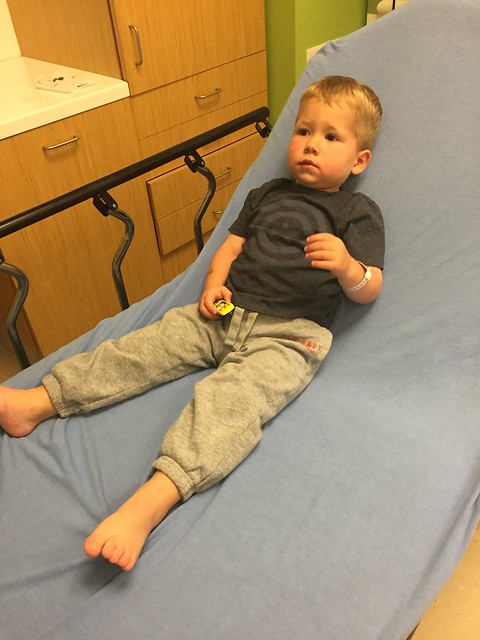 Another awesome update is that we have completed the three day potty training boot camp! We are huge fans of the three day potty training method and we started on Saturday. Crosby went back to school yesterday and had a great day. I will have a longer update next month after we have been at it for longer, but overall, I am very impressed with how quickly he’s picked it up.

Other than those big updates, it’s been normal two year old stuff around here.

30 months / 2.5 years notes:
Weight – 30 pounds at the ER
Hair – Light brown and needs a haircut!
Teeth – 18! His two bottom molars came through this month, and his top two are not far behind.
Eyes – Brown
Clothes – Mostly 2T clothes, but some 3T, and size 8 or 9 shoes
Diapers – He was in size 5 disposables during the day and size 6 at night, but now he is only wearing his big boy undies! Hooray!
Likes – ALL of the cars, trains, planes, construction vehicles, trucks, car loaders, anything that moves; Jake Legos; reading books; singing songs; running; chasing and being silly with his sister; really, anything his sister does; riding his balance bike; playing with friends; watching Disney Junior; seeing the animals at Animal Kingdom Lodge; getting an M&M for going in the potty; swimming and playing with the water table; his baby froggie.
Dislikes – Pooping on the potty; waking up in the morning; getting dropped off at school; getting into trouble; time-outs.