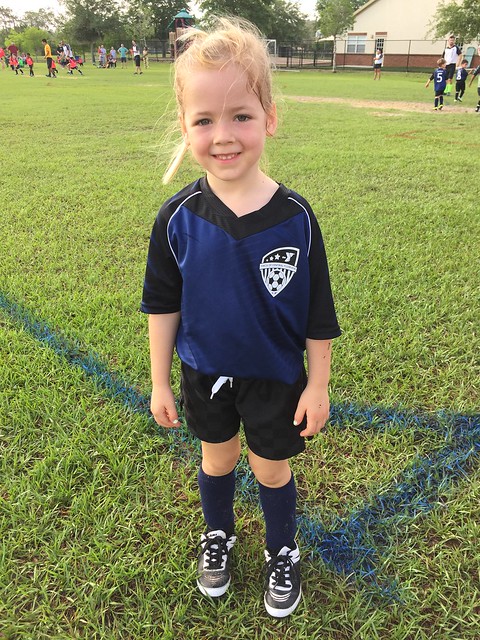 after an uneventful friday night, we were up and out the door for an 8:15am soccer game on saturday morning. 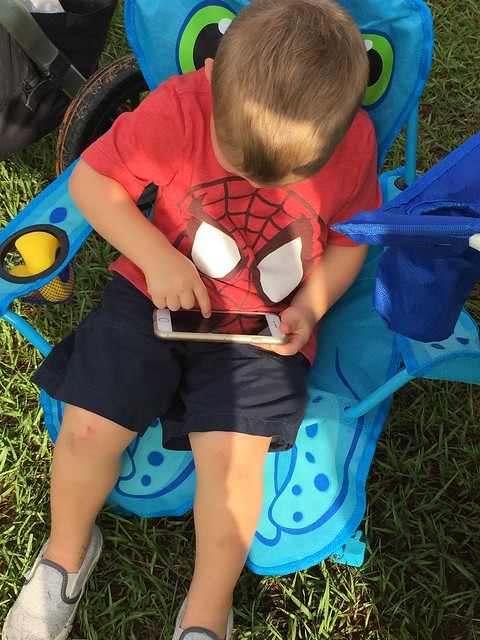 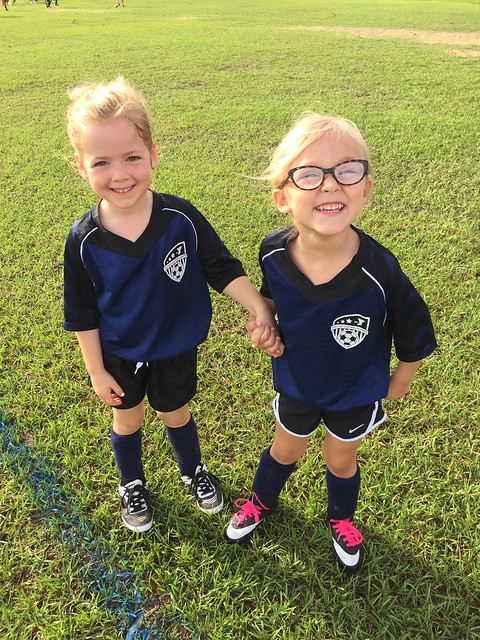 it was a great season! we had such a good time and kenley ended the season playing so well. we are already looking forward to playing in the fall again! 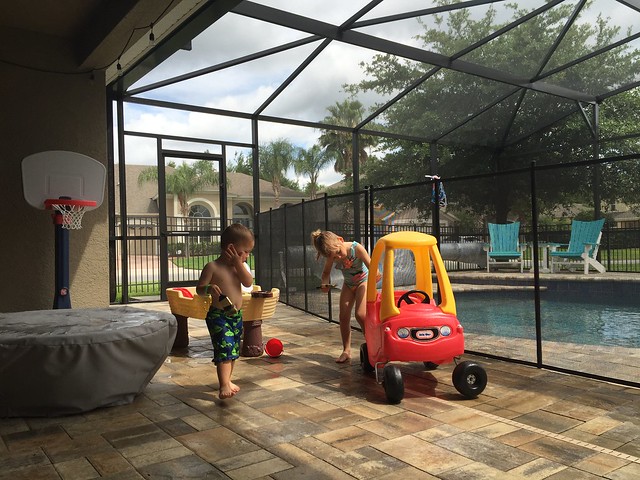 after soccer and the y, the kids played in the water table until it was time for lunch. 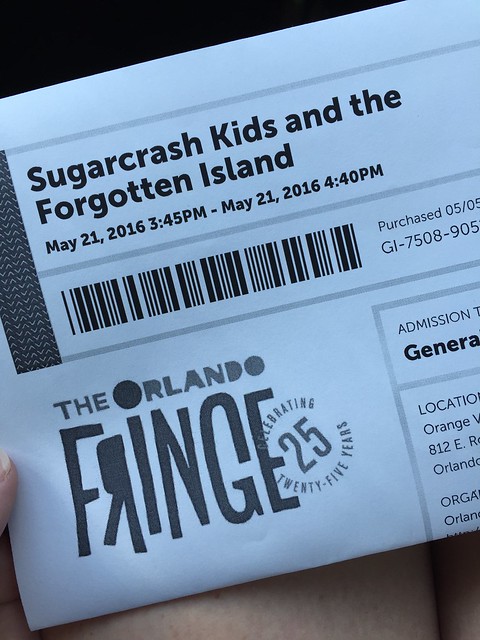 after nap, we took the kids to see sugarcrash kids and the forgotten island, as part of the orlando fringe festival. the show was super cute and kenley was really into it. unfortunately, parking was terrible, so greg missed the show, but enjoyed watching the mets game in the car instead. 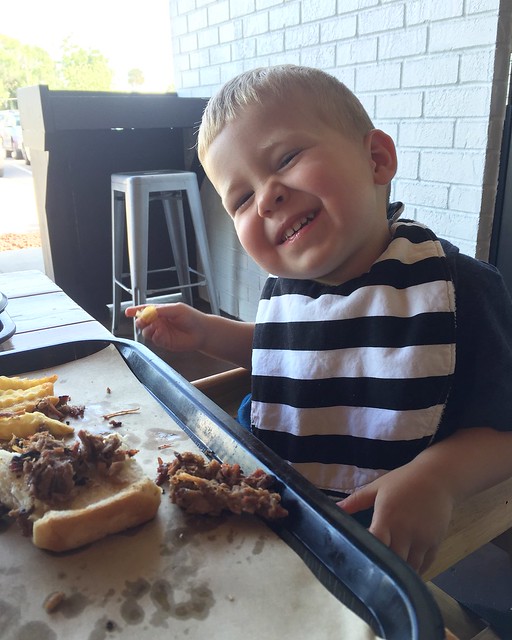 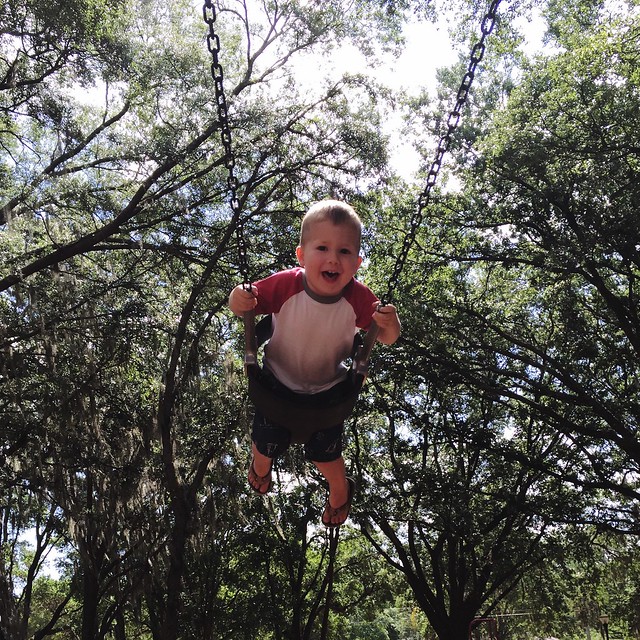 after church, we were on a mission to find a new park, and we did just that. 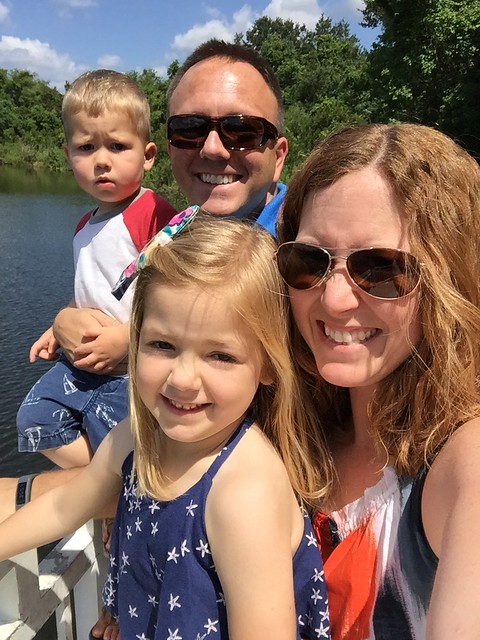 family selfie while watching the turtles in the pond. 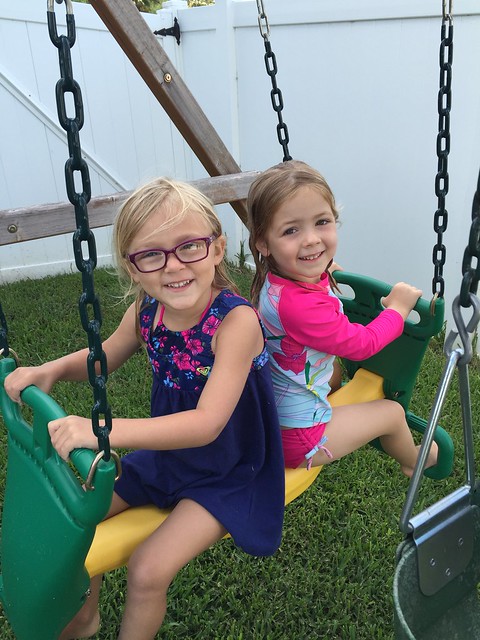 after naps, we swam all afternoon. first in our pool, then we headed down to swim with the jenks! it was a beautiful afternoon.

we had a great weekend! how was yours?