Last weekend, we finally went to the Legoland Water Park! We have been to the park several times, but this time we went to go to the water park itself. We did do a few rides before the water park opened, but the rest of time was spent splashing in the water. 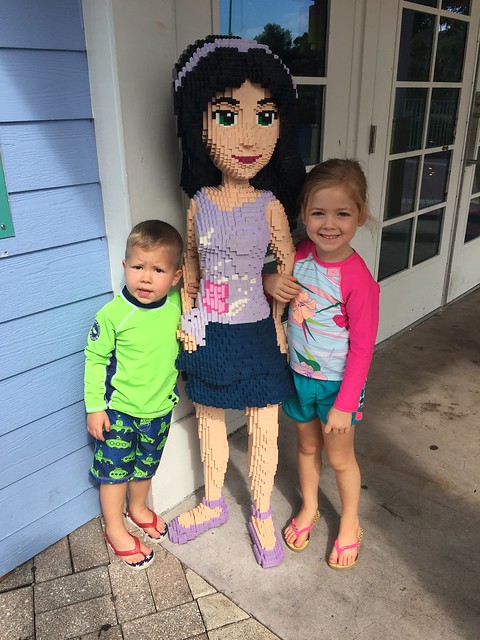 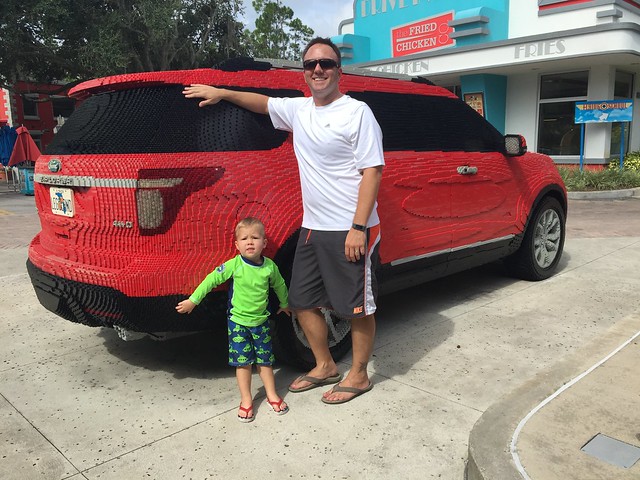 Greg and Crosby posing by Greg’s future car…made out of Legos. 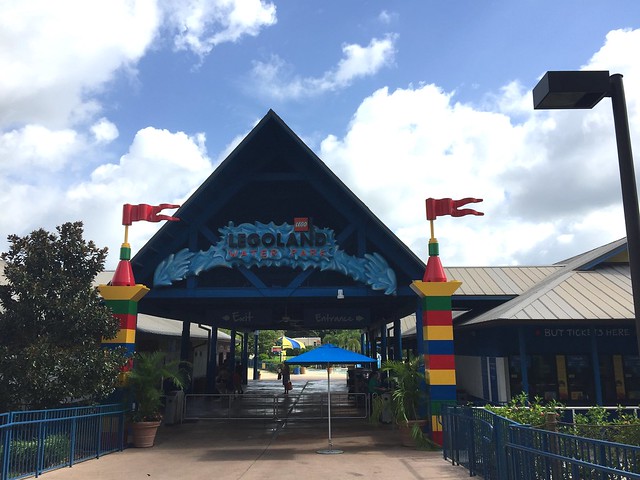 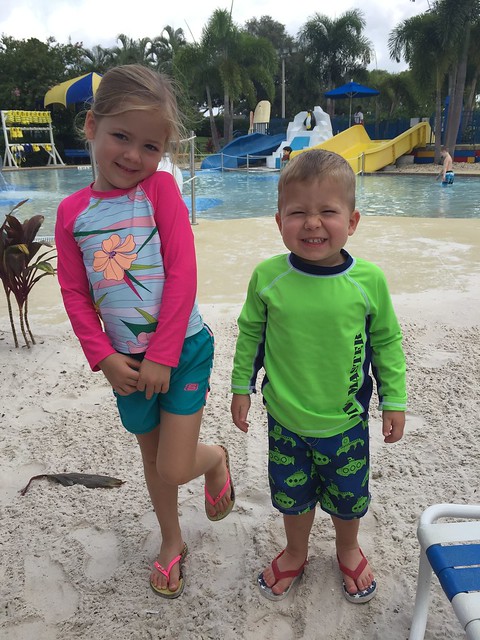 Kenley rode all of the slides that she could, but she wasn’t a fan of the tunnel slide since it was pitch black the whole ride. She spent majority of the time at the Joker Soaker, which had a lot of different slides in that one area. 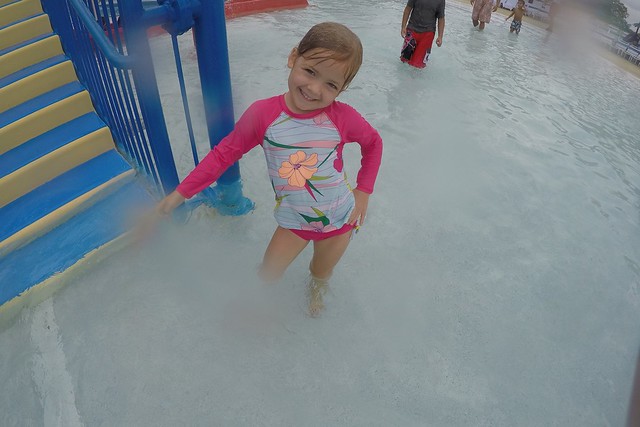 Greg and I both rode one of the tall water slides. I chose the tunnel slide because it had a less steep incline, but I’ll definitely try the other two next time. I’m not going to lie, they are really tall and I was nervous to go down them, which is completely silly since the height minimum is 48″!

Crosby liked the water slides even though he wasn’t tall enough for some of them, but he really didn’t like water coming straight down on his head so he wouldn’t even go near the slides that had waterfall type features. He really liked playing with the jumbo Legos in the wave pool.

My favorite was the lazy river. I could have stayed there all day. The kids had fun collecting the jumbo Legos and building them on our rafts. 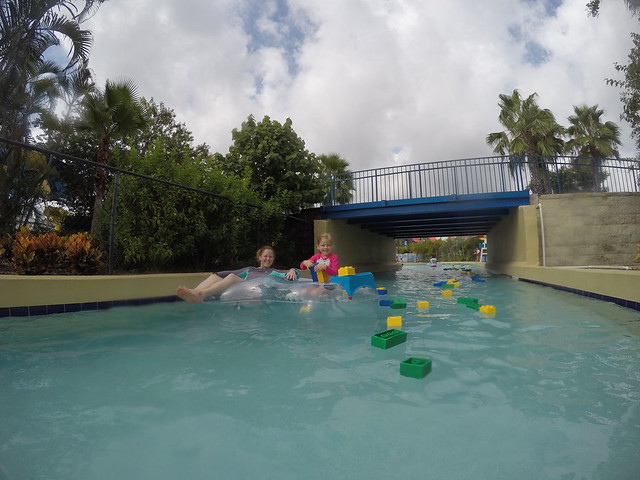 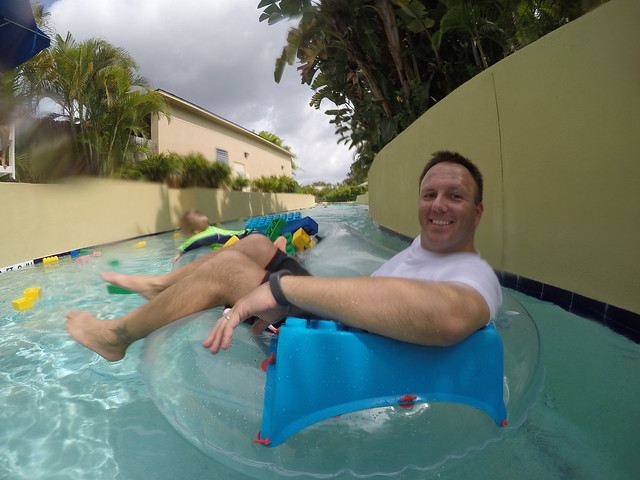 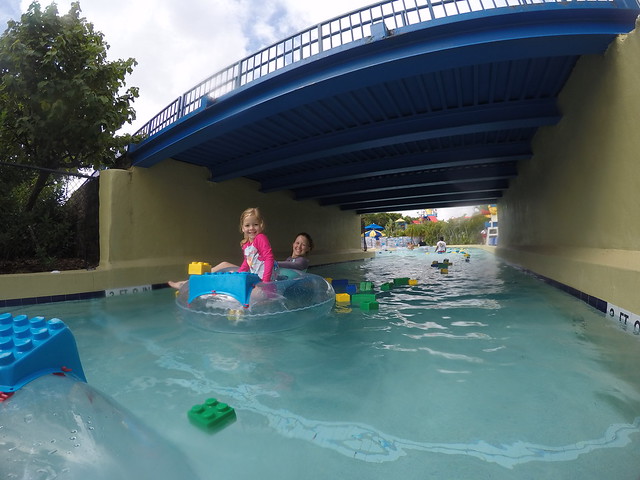 We ended up staying for about two hours before the storms rolled in and we decided to call it a day. We did the lazy river just one more time before we changed into dry clothes, which ended up coming back to bite us since we had to run to the car in the rain and ended up with wet clothes again.

Hopefully we’ll be back to the water park before it closes for the season. If not, definitely again in the spring.