C-man is just two short months away from turning three! I will spare you all the reasons how this is entirely not possible, but we’re almost there.

The big news this month is that Crosby started preschool! I was a little surprised that he moved up this year since Kenley did two years in the toddler hall and just moved to preschool last year. Crosby will do two years of preschool before starting VPK. I am already thrilled that he moved up as he is doing so well in his new classroom. It’s also fun that he and Kenley are in the same morning care room together now since he’s in the preschool hall. He’s been so excited about school, each morning we get to school he asks someone different if they like his new backpack, which is actually not new since he had the same one last year. 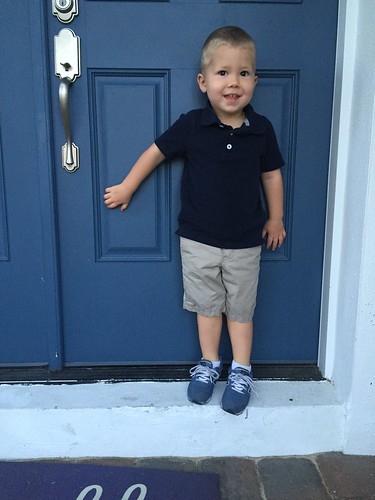 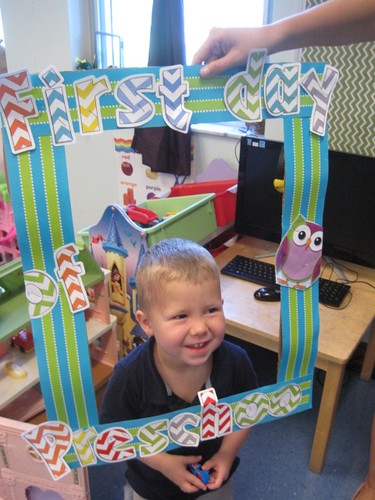 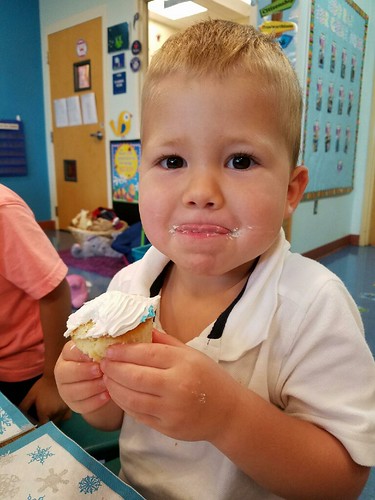 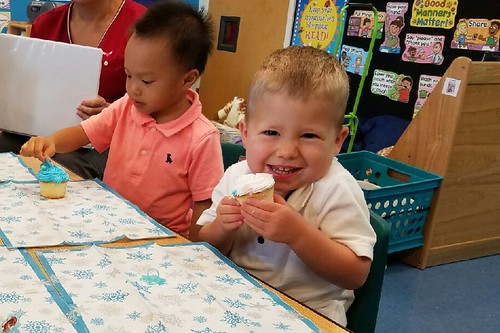 It’s really funny how opposite Kenley and Crosby are in many aspects. Kenley is such a morning person and hops right out of bed when her green light comes on. Crosby is the complete opposite. During the week of Gilbo Camp when the kids didn’t have school, he slept until 7:15-7:30 am almost every day. That may not seem late, but we are in the car by that time on a normal school day. He would even wake up, see his sun was on, and roll over to put his covers back on. I kept telling him that he was in for a rude awakening once school started and he sure was. He does not like to be woken up and he is not a morning person whatsoever. Kenley is just like her daddy and Crosby is just like his mommy.

Overall, he’s a great sleeper. He’s doing a much better job at bedtime and does get out of his bed a couple of times to “go potty” or see what we’re doing. Most nights he’s in bed for good by 8:00 pm. He’s been doing a great job of staying dry all night and has been accident free for a while. We take him to potty when we go to bed between 10-10:30 pm and he doesn’t mind at all. Most nights he’s barely even awake.

Crosby is getting so old and becoming such a little boy. He is such a lover and a cuddler. His teacher mentioned how cuddly he was after just the first day. He loves babies and loves on them so sweetly each time he sees one. He’s such a sweetheart. He also loves his sister. He hangs on every word she says and repeats everything that comes out of her mouth, which is not always a good thing.

34 months notes:
Weight – 34 pounds according to the scale at the Y
Hair – Blondish brownish
Teeth – A full set of 20
Eyes – Brown
Clothes – A good mix of 2T and 3T clothes and pajamas; size 9 shoes
Diapers – Size 2T/3T undies
Likes – Trucks, Legos, trains, construction vehicles, anything that Kenley has or doesn’t want him to have, climbing the wall in the house, jumping on the trampoline, swimming, most foods, Daddy’s ship Legos, reading, coloring, running, playing at the park, listening to Disney Junior songs, brushing his teeth, wearing his backpack, pretending he is a dog, or a baby, not listening (some of the time), popsicles
Dislikes – Waking up early, getting into trouble

We are really looking forward to a fun October and celebrating this guy’s third birthday!