On Saturday, we headed to the Mote Aquarium while we were in Sarasota. I am not sure why we haven’t been before since it’s super close to Grammy’s house, but this was our first time! We were even more excited because Florida residents get in for $6 on Saturdays in September, a total steal!

There were several indoor and outdoor exhibits (cue the sweating) and two different buildings. We saw all sorts of fish, jellyfish, and lobsters inside before making our way outside.  Kenley especially liked the puffer fish and kept waiting for it to puff up, but it never did. 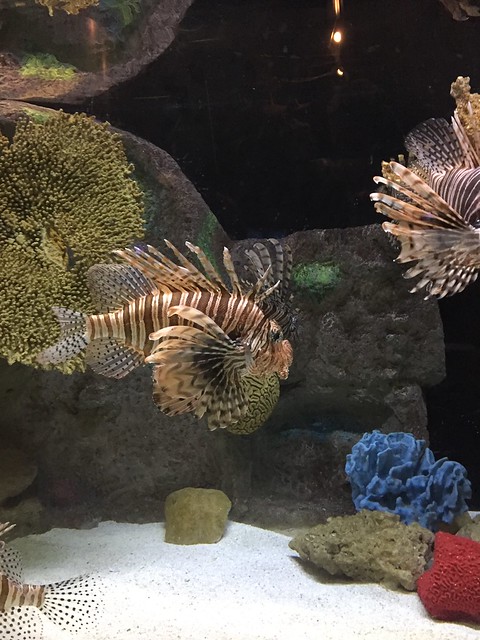 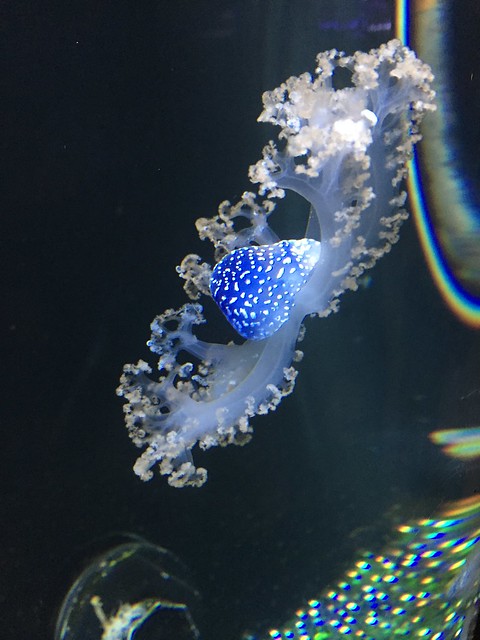 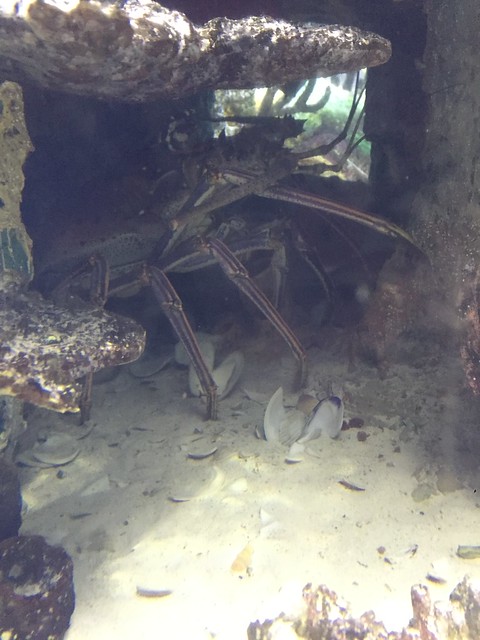 Crosby and I watched this little crab go back and forth next to the glass for a couple of minutes. I couldn’t believe how quick he was. I was getting such a kick out of him. 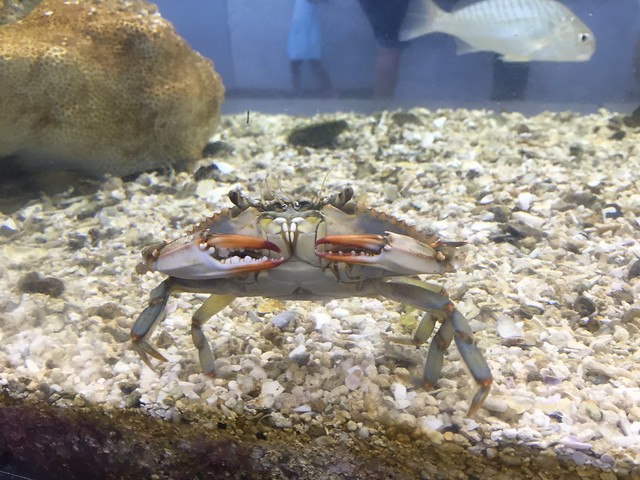 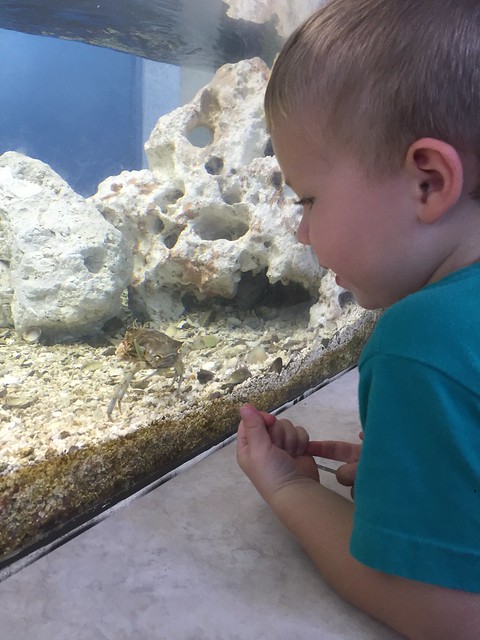 We also saw adorable seahorses and starfish outside. 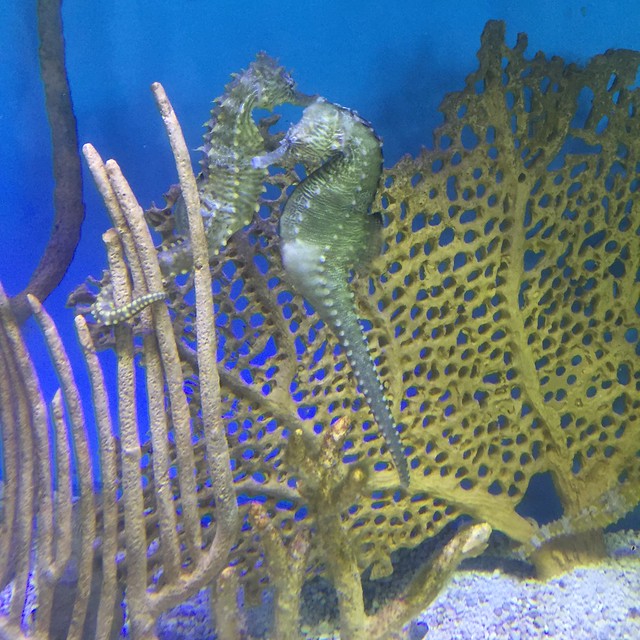 The shark tank was another one of Crosby’s favorites. He loves sharks! There was also a huge sting ray in there and another tank with hammerhead sharks. 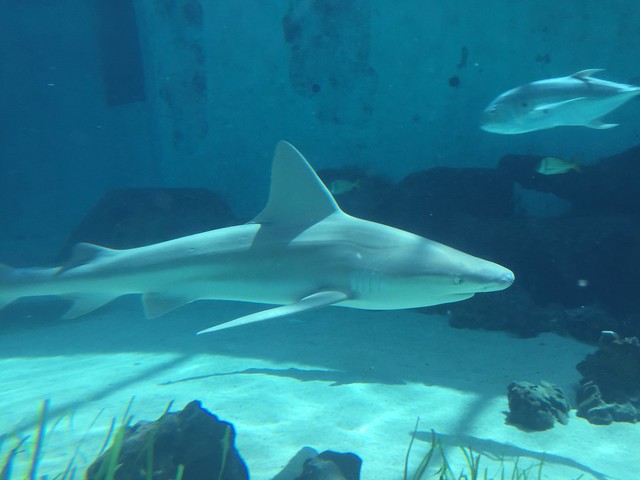 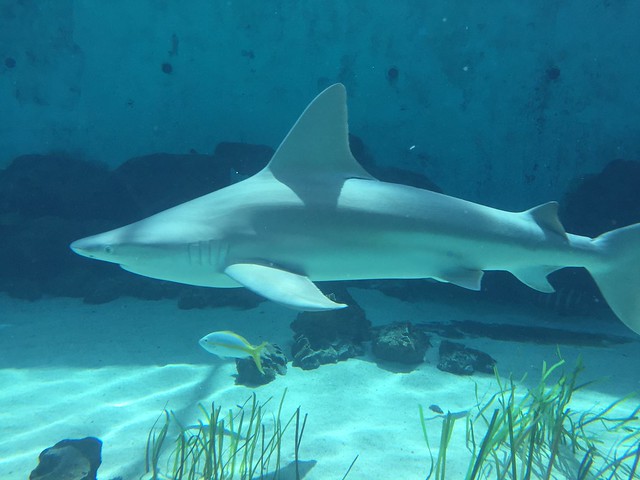 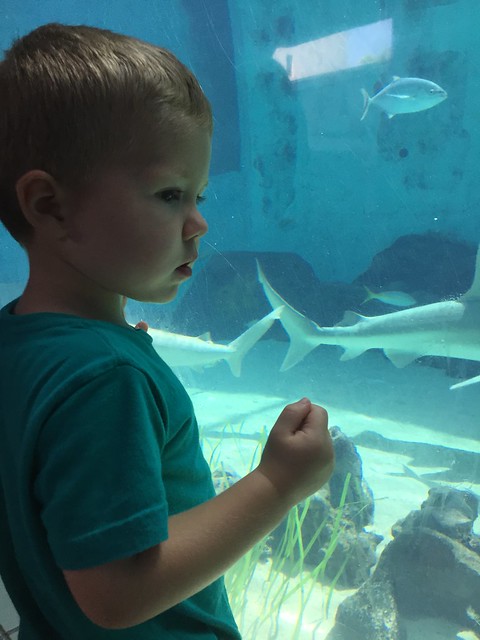 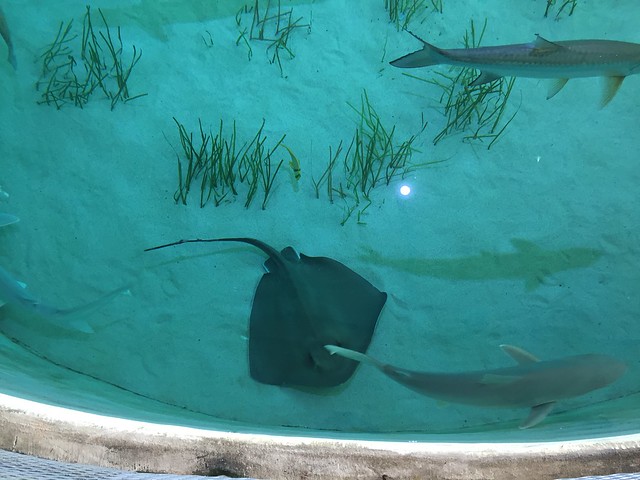 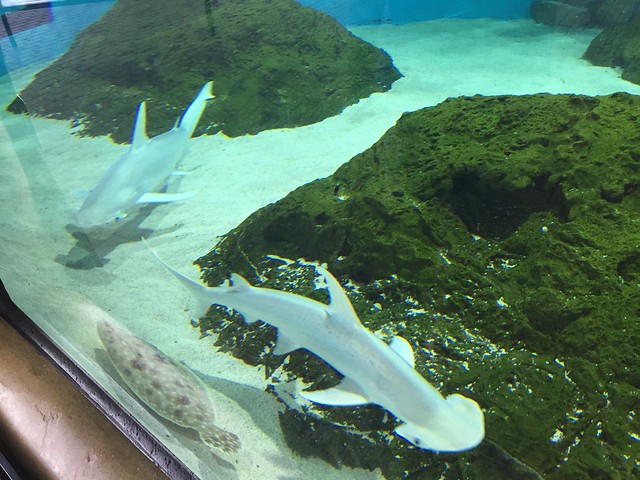 The other building had giant turtles, manatees, and the cutest sea otters ever. They were so active climbing, jumping, and sliding all around. There was also another exhibit with baby fish and baby sharks, which were adorable. I’m not sure why we didn’t get any pictures at the other building, but it was also super cool.

We had such a fun afternoon. Both kids really enjoyed it, but Crosby was very interested in each tank and exhibit and we had to encourage him to move on to the next thing. I think he could have stayed even longer taking it all in.