A couple of  months ago, we decided it was time to work on Kenley’s bathroom. Of the four bathrooms in the house, we had already completed the pool bathroom (now Crosby’s bathroom) and our guest bathroom upstairs. We kept putting off working on it for one reason or another, but her bathroom had definitely seen better days. At some point, Greg grabbed her towel bar for balance and ended up pulling it off the wall, leaving a big hole that needed to be patched. It was high time to do something to it! I am hesitant to show the before picture, but full disclosure, here it is… 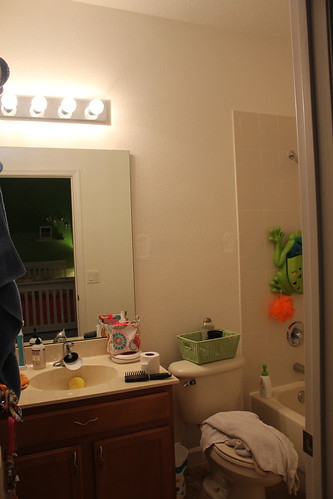 We asked her what paint color she wanted and she chose pink. I had a feeling that would be the answer, so I already had been getting some ideas of what I thought she would like. 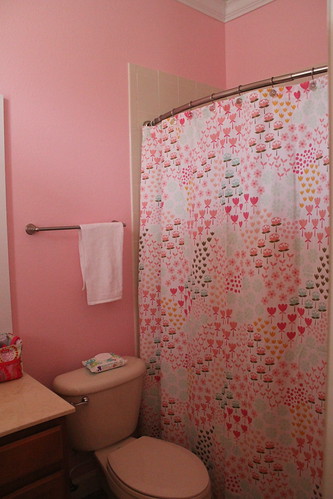 Greg did all of the painting, installed crown molding, framed the mirror, installed the new light and all of the new hardware. Most importantly, he not only fixed her toilet, but all of the other toilets in the house, which seems crazy to be excited about such a thing, but they now all flush properly. It’s the little things, you know? 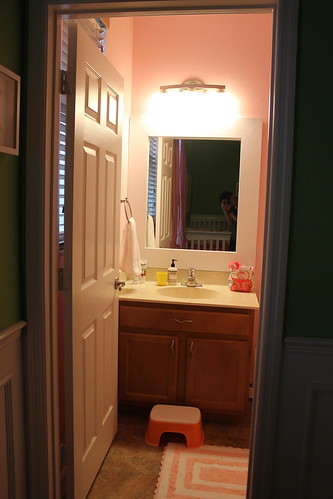 Majority of the supplies Greg needed were from Lowe’s. The paint color is Valspar Oh So Pink, the light is allen + roth Merington, and the hardware is Moen Caldwell (on clearance!). Majority of the finishing touches I picked up were from Target. The floral shower curtain and striped rug are from Pillowfort and shower curtain hooks are from Threshold. 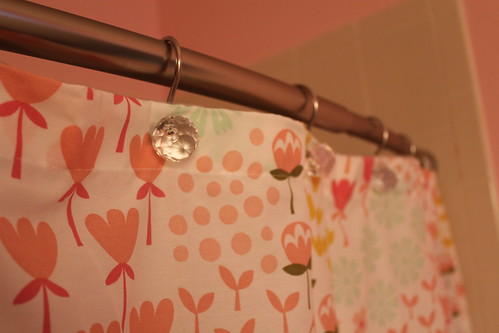 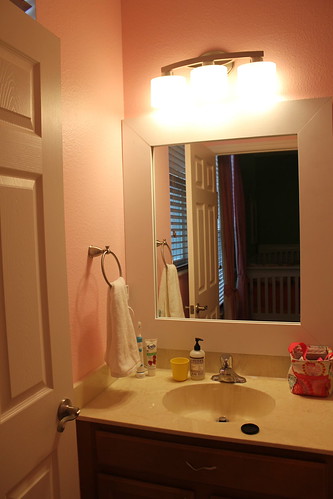 I knew it would look better once we put in some time and effort, but I am amazed with how different it looks now that we are all done! I am so happy with it and now I’m wondering why it took so long to do it.