In the midst of our crazy month of October, I put Legoland on our calendar since they were hosting Brick or Treat. We had never been to this event before so I figured it was a good excuse to get down there. Along with trick or treating in the park, the fireworks show was scheduled to start at 8pm, so we took our time getting out of the house. The kids ended up taking a nap in the car on the way there which was great!

We arrived at the park around 1:30pm and we could already tell that it was more busy that it normally is. Of the few times we had been to the park, we haven’t seen any of the shows, so we started with the Lego Movie 4D show. The kids really liked it! We rode some rides and checked out the new Ninjago figures for the new ride opening soon. 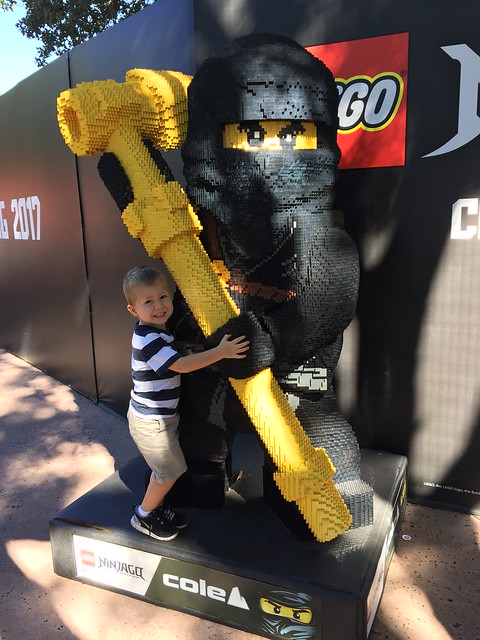 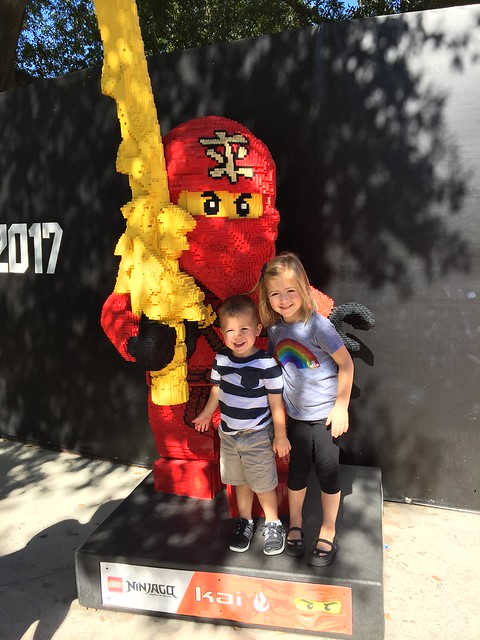 To be completely honest, the first couple hours were a struggle. There was a lot of whining, complaining, and threatening, but once we decided to change into their Halloween costumes, the mood totally changed. After being a little scared of the giant Lego mummy, they got their picture with him and we were off to Brick or Treat! 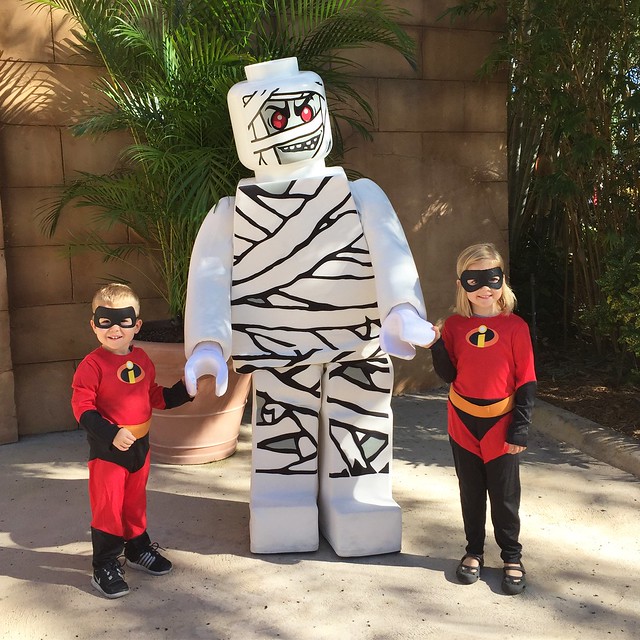 We also had to get our picture with the pirate Lego man since Greg and I were sporting our shirts. We originally had gotten the shirts for pirate night on the cruise, but they worked out well for this trip too! 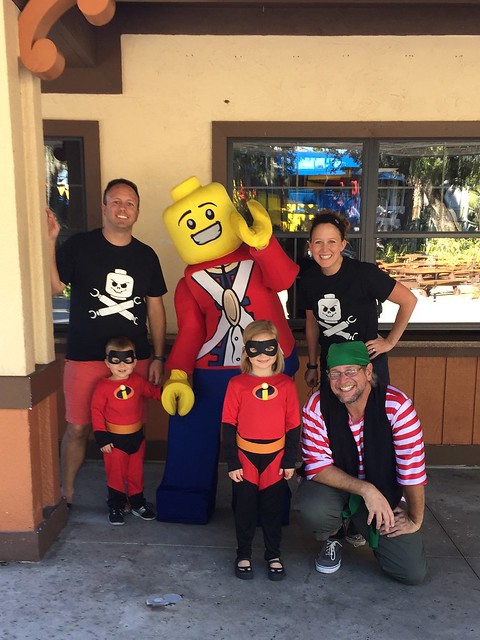 The weather was absolutely gorgeous since we went on the coolest weekend of the month. 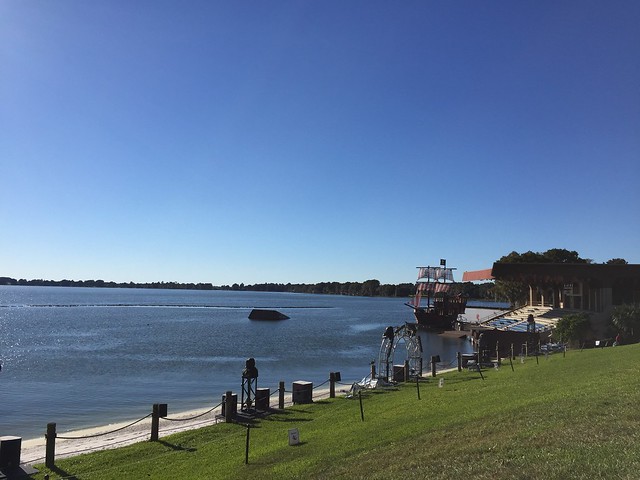 The little path was lined with the most adorable Halloween Legos. I really want one of these guys for our yard next year! 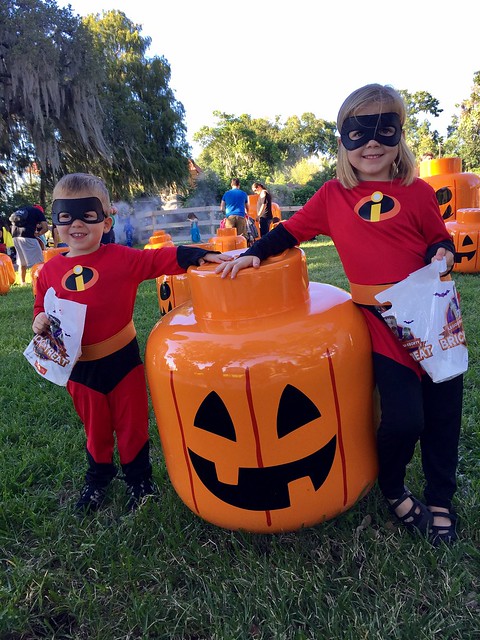 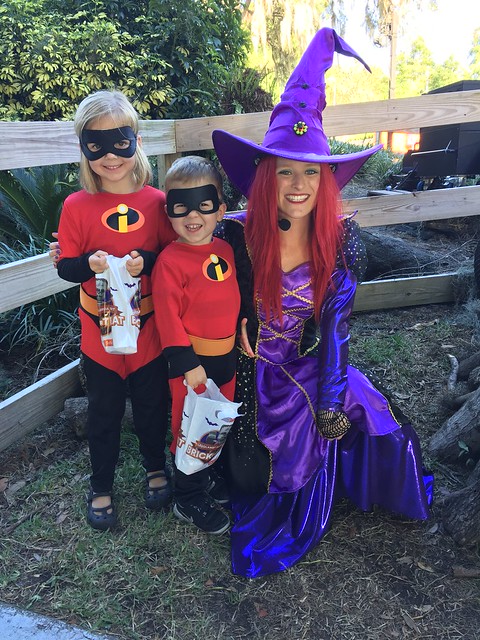 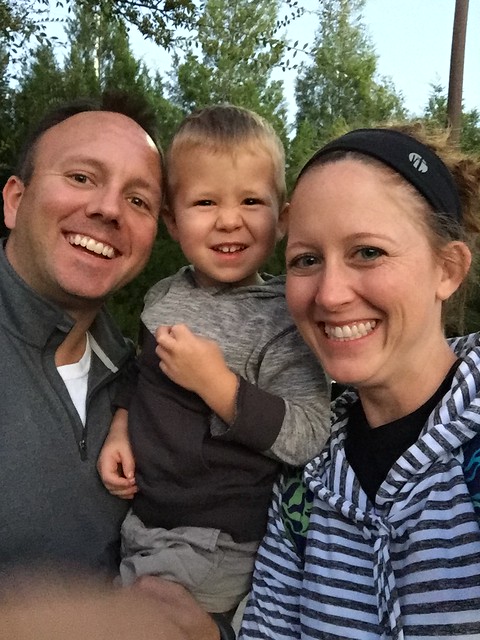 We grabbed some dinner and rode a few more rides before the fireworks started. Crosby loved playing in the waiting areas building Legos while Kenley rode the rides that he couldn’t. 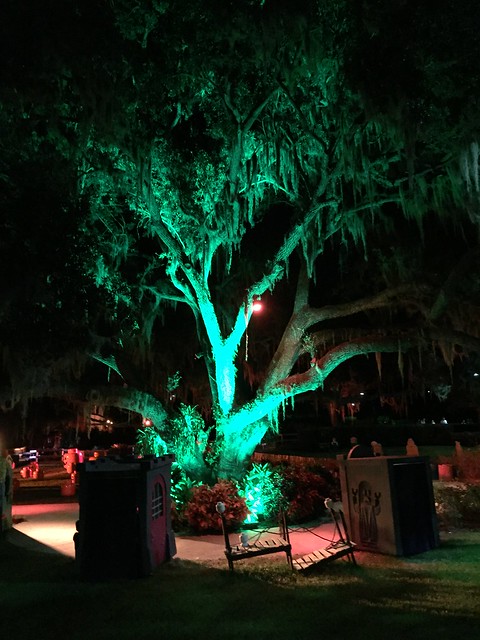 We were all handed our 3D glasses for the fireworks show which turned out to be amazing! The glasses made it seem like there were Lego bricks bursting in the sky with each firework. It was really cool. 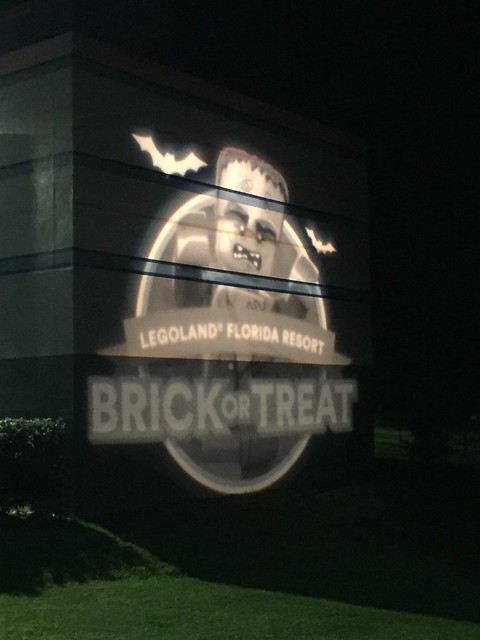 We had such a great time at Brick or Treat! The kids each came home with a new Lego set as part of their birthday presents so the fun continued the next day when we got to build them. Hopefully we’ll be back next year!