My first half marathon of the race season was on Saturday, October 30th. It was my first time running the Lighthouse Loop Half Marathon, so it was a great way to end a very busy month of October for us.

The race started in Port Orange which is just over an hour away from east Orlando. The race wasn’t scheduled to start until 7:00am which meant my alarm was set for 4:00am. I carpooled over with some other running mamas from the area and we arrived around 6:15am, which was enough time to go to the potty, stretch, take some selfies, and head to the start line. 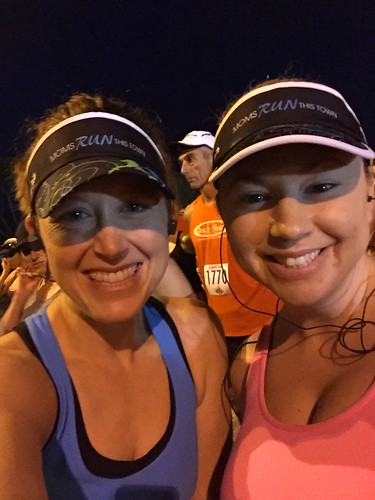 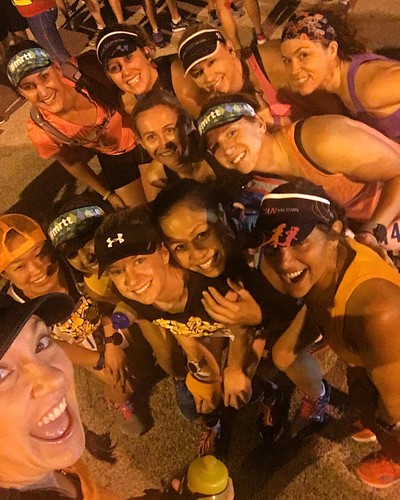 Leading up to the race, I didn’t do a whole lot of mental preparation which is normal for me. I know I’ve logged the miles so I typically just go out there and run.  However, I was preparing for a hot and humid day, which was a bummer considering we had amazing weather the weekend before. I got the normal pre-race jitters, but nothing crazy, mostly because I had never been to the area so I wasn’t familiar with where the race started and ended. Thankfully, I was with a lot of other mamas who had ran the race before.

The race started and we were off. We planned to walk through the water stops to get water at every stop since it was so hot. I also brought a water bottle with Cocogo in case I needed something more than water. Our first three miles were solid — 9:54; 9:59; 10:10 — but once I saw mile 4 was 10:28, I was annoyed. Based on my own reaction, I knew today could be a good race day, so I kicked it into gear. 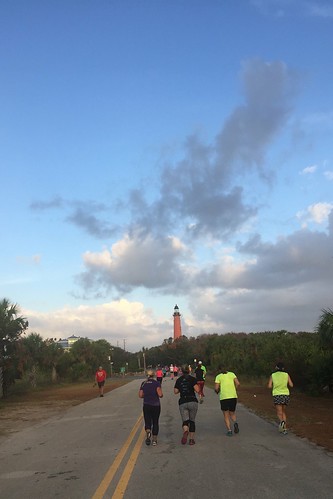 Miles 5 through 9 were between 9:44 and 10:05 and I was feeling pretty good. The course took us down the Ponce Inlet until we were forced to turn around and run back up. We made a loop around the lighthouse around mile 6 or 7, which was pretty anticlimactic at the time, but looking back it was pretty cool. I should have brushed up on the history of the lighthouse before running the race and I may have appreciated it more. 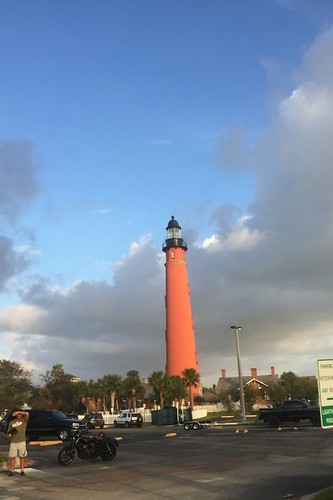 Around mile 10, I started to slow down a little bit. The sun was blazing down on my back and there was very little shade coming back up the inlet. It was hot and my feet hurt. I could tell my walks through the water stops were getting a little bit longer. Miles 10 and 11 were 10:17 and 10:32 and I just couldn’t help it. It’s always around this time that I start to think about my projected finish time. I knew it could be a personal record (PR) for me, but I couldn’t help to think about what was coming for me at mile 12… the bridge. I started to get anxious and short of breath (even more than I already was) so I forced myself to not think about it. 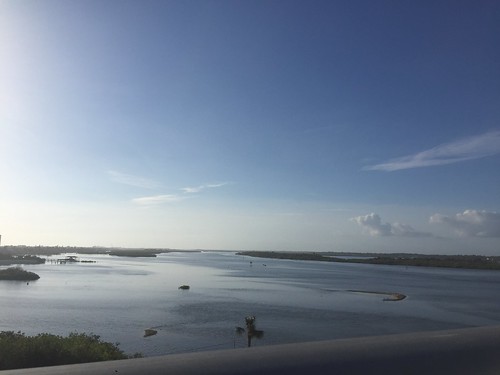 After making my way back up the inlet, I turned the corner from the flat road and there it was…the bridge. I slowed down on the way up the bridge and even walked a little bit. I forced myself to not look at my watch. I knew if I started to think about my finish time then I would start to get anxious again and all I really cared about at that point was making it over the bridge, and then to the finish. 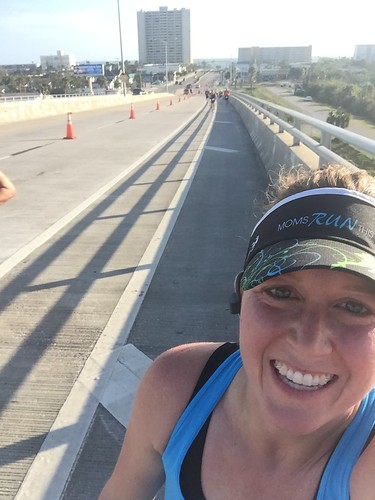 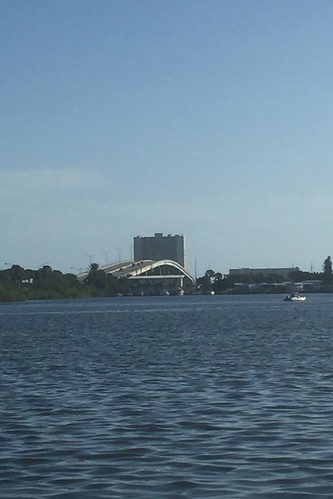 Miles 12 and 13 were 10:31 and 10:25 and I was able to pick it up for the last .1 miles of the race. Thankfully, I saw Jaime who had already finished, she yelled at me that the finish was just around the corner so I busted it. I came in with a finish time of 2:13.19 which was my fastest half marathon yet.

I went back out to watch Heather and a few other moms finish before I made my way over to ring the PR bell and get my much-deserved beer(s). 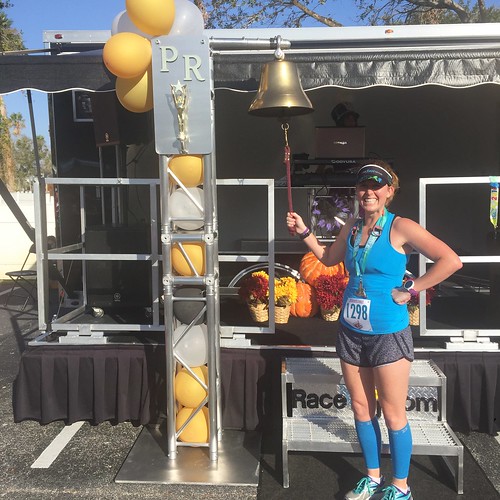 Despite the weather, it was a really good race and I couldn’t have been more pleased with the outcome, especially considering the steep bridge at the end which slowed me way down. I wasn’t expecting a PR for this race, but I am happy with the progress I’ve been making and now looking forward to breaking it again next month at Space Coast where I know there are no bridges! 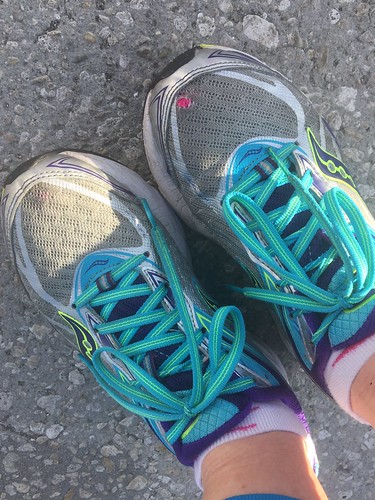 Now, on to the next race and a new pair of shoes!