Another item on our advent list this year was to see the Christmas lights and decorations at SeaWorld. We went last year for the first time and absolutely loved it. Instead of the Polar Express this year, the main attraction was Rudolph and friends. I was a little bummed that the Polar Express wasn’t back because it was really so cool last year, but Rudolph was a nice change of pace and something new for us to see. 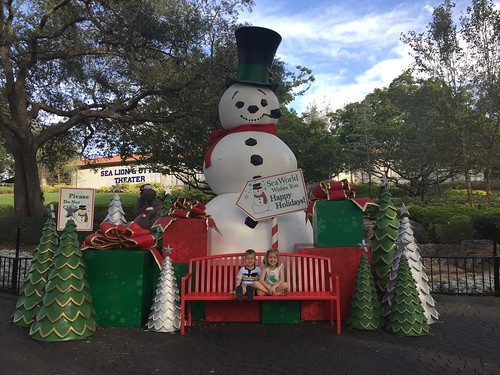 Unfortunately, it was pushing 90 degrees when we arrived. Nothing says happy holidays like sweating like crazy walking around to look at the decorations. Luckily, when the sun went down it was a little better, but it was still really humid. 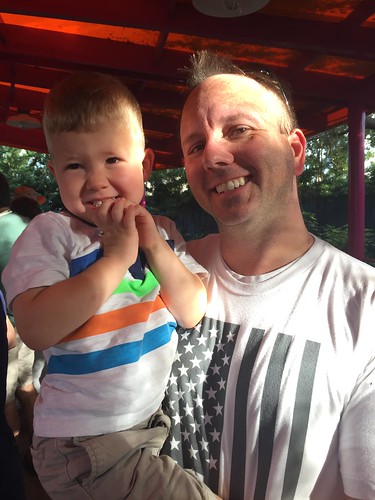 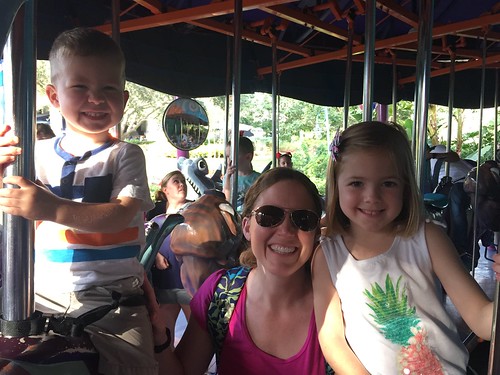 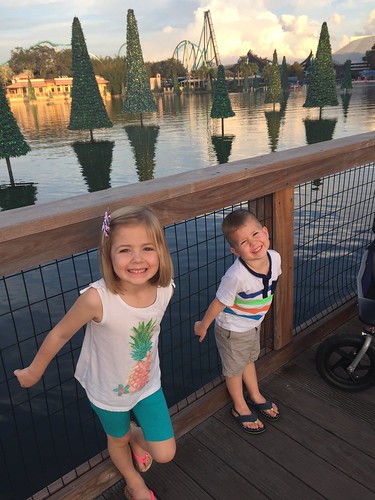 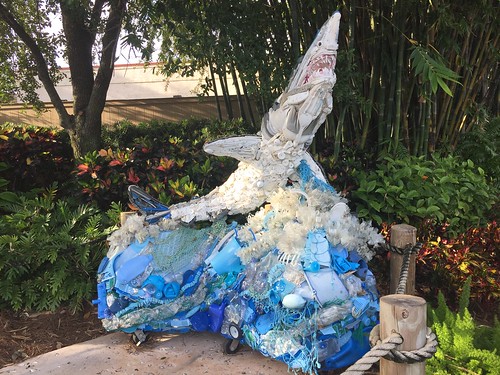 We only rode a couple of rides since the lines were a little long. The kids could have looked at the train display all day. We watched them go around and around during the day and then again at night when they were all lit up. It’s such a cool display. 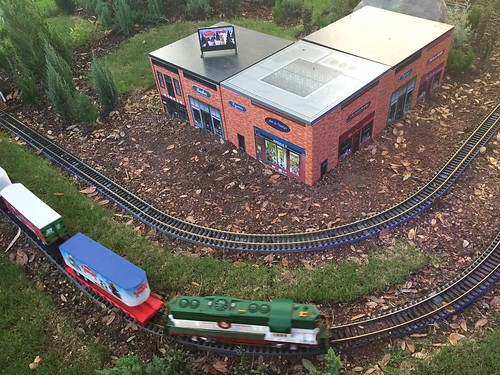 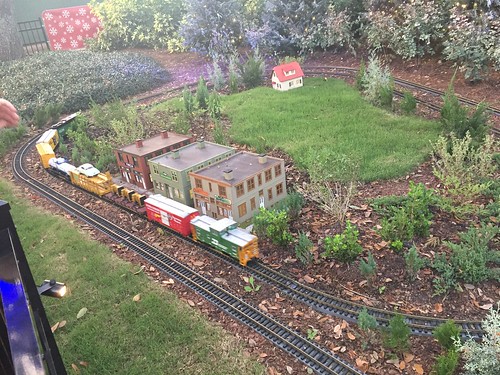 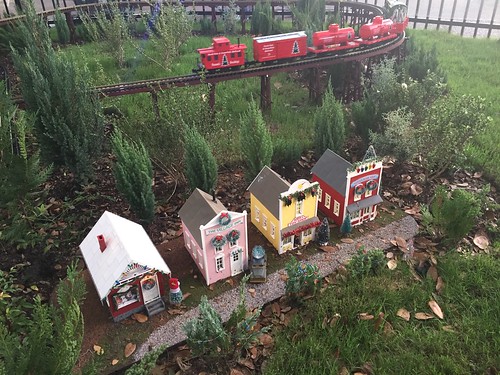 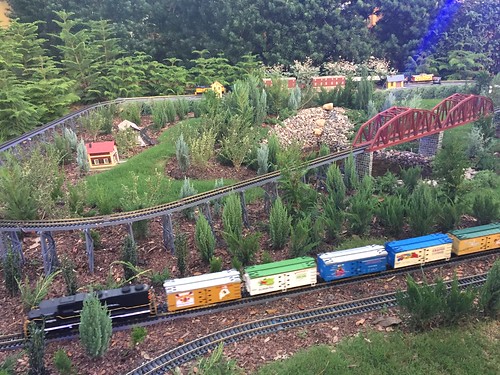 We were ready for the Sea of Trees show which had a cute little introduction and skit before the light show started. Crosby joined the other kids to sing a Christmas carol and was asked to participate in the show! 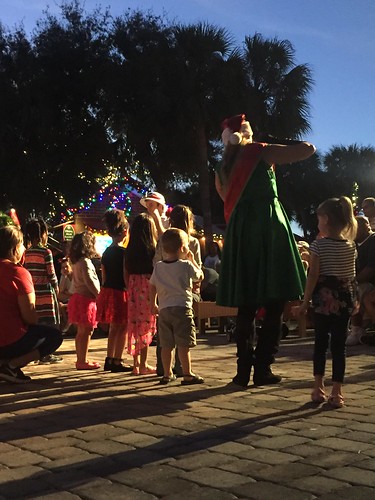 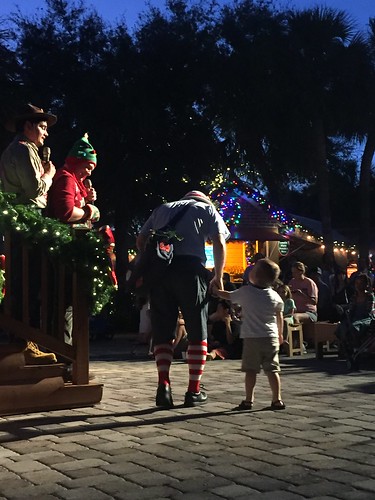 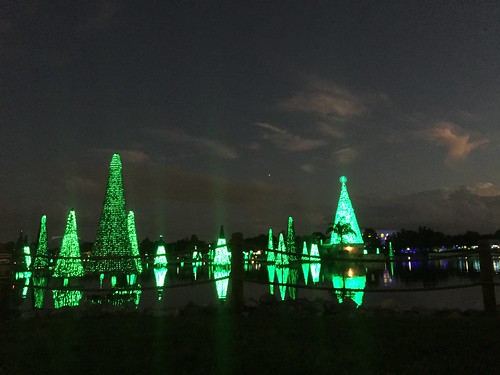 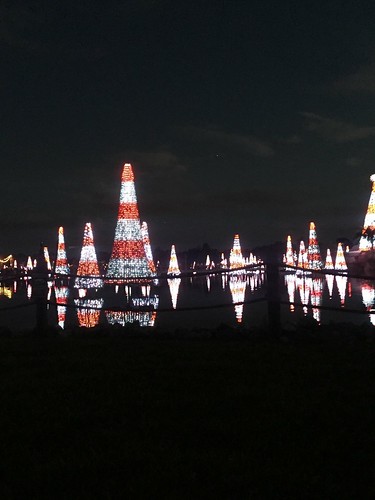 The show did not disappoint and Crosby did such a good job ringing the bell. He was all about it! After the show, we headed over to see the Rudolph in the Christmas village. 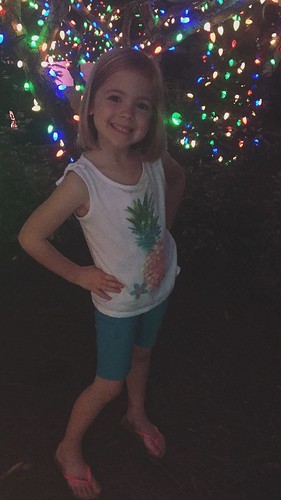 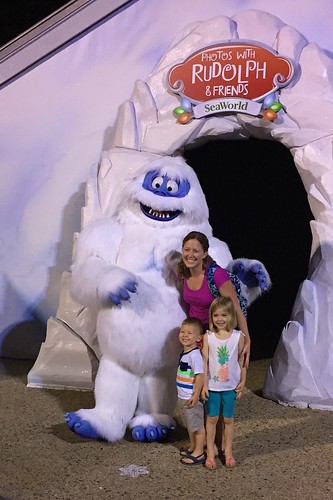 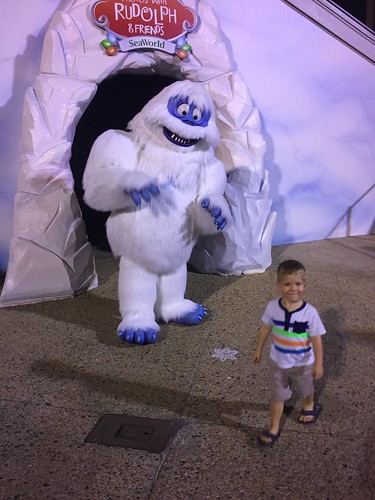 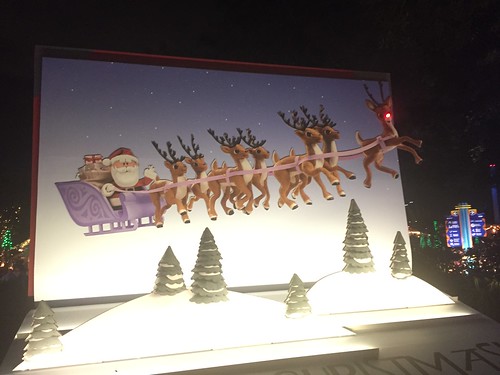 The line for Rudolph and Clarice was a bit long, so we met Bumble instead before we walked around to see the lights. 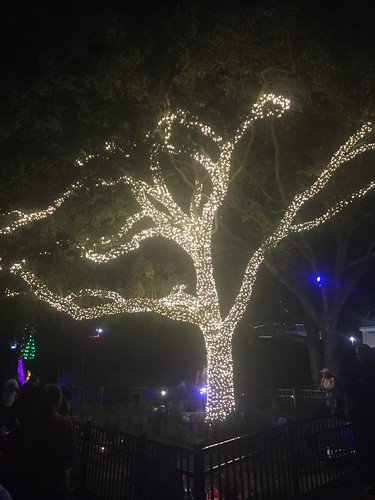 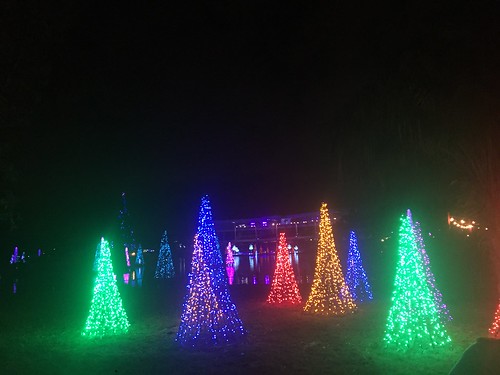 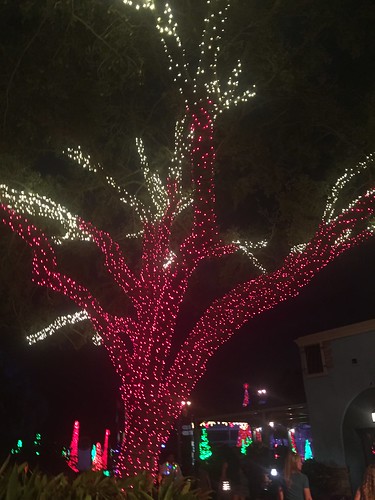 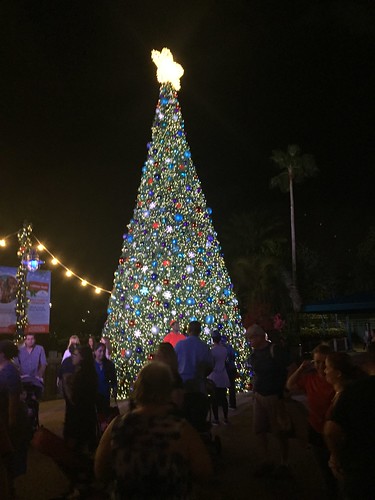 The park was beautifully decorated and the lights were amazing. We had such a great time once again this year.