My double race weekend started with one of my favorite races, the Lady Track Shack 5k. This year was even more special because Kenley came with me to run the race. I told her a couple months ago that we were going to run an all girl race so naturally she has been talking about it ever since. She even would tell Greg and Crosby that they couldn’t go because it was only for girls.

The night before the race, she got up at least twice asking if it was time to get up yet. She was so excited! We left before the sun came up and headed down to Loch Haven Park to meet up with some friends before the start of the race. Kenley was excited to see Livie, Michelle’s daughter, was there. 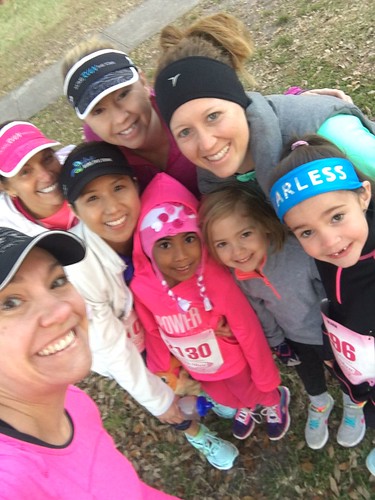 This was my first time ever running a race with a stroller and it will likely be my last. We had to start at the very back of the race, the very back. The whole first half of the race was spent bobbing in and out of the walkers trying to actually run the race, all while trying my hardest not to run into anyone with the stroller. Kenley asked the whole first mile if she could get out and run with the girls. Just after the first mile, when it opened up just a bit, she hopped out and was on her way. 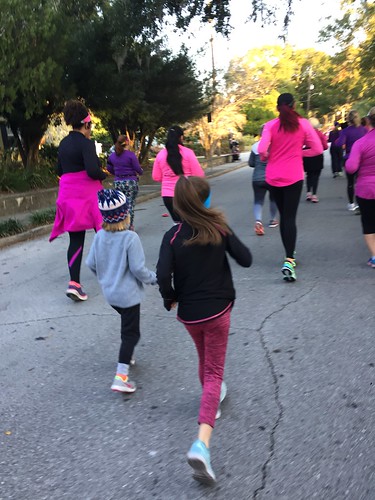 She was good about getting back in the stroller when she needed a break. I had to tell her a few times to slow down and to make sure she stayed next to Livie so she could pace herself. 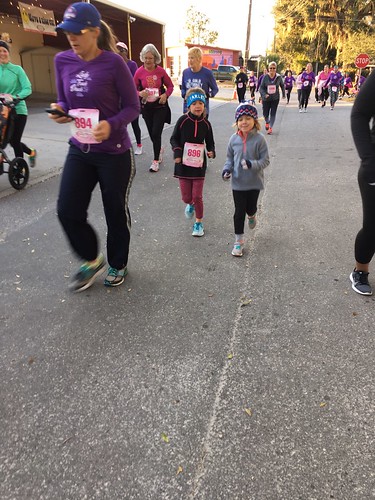 As we passed Track Shack, the DJ said into the microphone that she must be the youngest runner on the course. She hopped in and out a few more times and cheered Livie on from the stroller while she was resting. The last quarter of a mile, I pushed her to run the rest of the race. We kept telling the girls that the donuts were waiting for us at the finish line, which they were, Krispy Kreme!

We finished in 39:23 based on our chip. You can see that we crossed the start line a good three minutes after the clock started since we were in the very back.

We had such a good time and saw so many other mamas after the race. Kenley had a blast playing with Livie, who ended up placing third in her age group! Kenley is already talking about running the whole race next year. 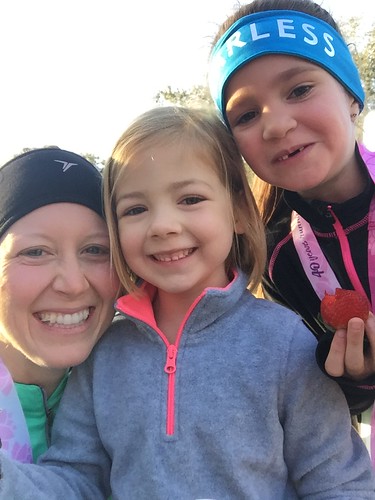 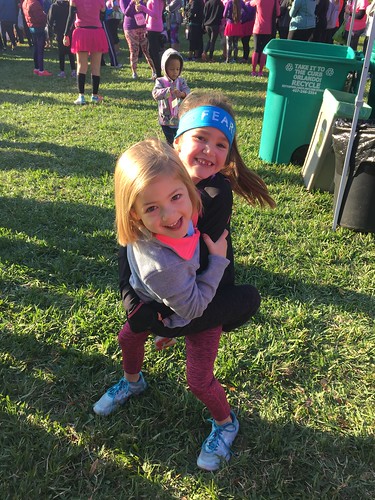