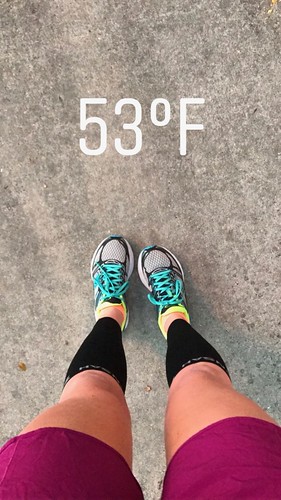 The race started at 7:25am, which is later than normal, but it was nice to have the sun up at the start of the race. It was chilly and I even considered wearing my long sleeve shirt, but I am so happy I didn’t. The weather was great, but I was definitely hot during the race. 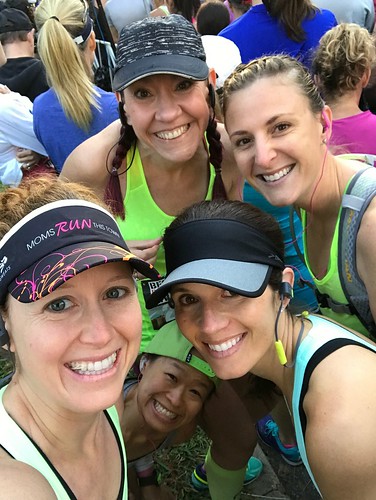 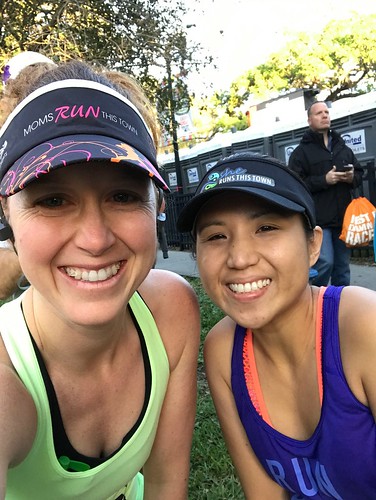 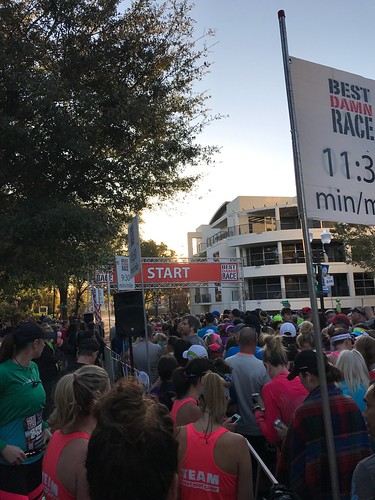 The race started and we were off. Leading up to the race, I hadn’t thought much about my race goals, other than to finish. I wasn’t too concerned about my projected finish time. When Michelle started having issues with her music, I decided to stop with her so she could get it figured out. Even with the quick stop, we still had a 9:59 first mile. I immediately thought about keeping each mile under 10 minutes, but tried to push those thoughts out of my head.

We were moving fast for the first half of the race. Each mile was well under 10 minutes, two of which were even under 9 minutes – 8:56 and 8:59! I was feeling it. I knew I started off way too fast and I told myself I wouldn’t be able to keep that pace for the whole race. My mind started to get in the way. At the mile 7 water stop, I got some water and went to the potty. It was a good excuse to let Michelle go ahead of me so I could slow down a bit.

I did slow down and I started taking more walk breaks than I care to admit. I walked through the water stops and took an extra walk break here and there between miles 8 and 13.1. After crushing the first seven miles, the next six were between 10 and 11 minutes each mile. It also didn’t help that the last half of the race had a lot more cobblestone than the first half. My feet and legs were taking a beating so when my mind was telling me that I couldn’t do it, or to slow down or walk, I listened. 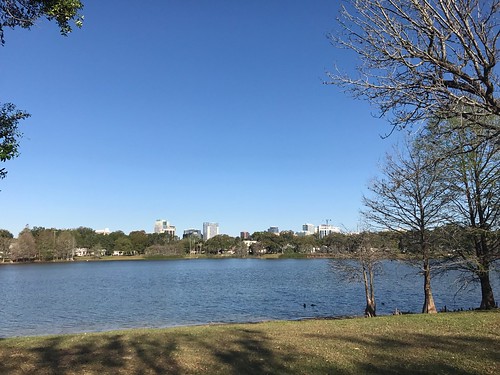 I knew Greg and the kids were heading downtown so that is what I focused my energy on after mile 12. I thought about trying to come in under 2 hours and 10 minutes, but once I saw them, I stopped to say hello and give kisses before heading to the finish. The kids cheered “go Mommy go!” as I ran off, which completely melted my heart. I crossed the finish line and my watch clocked me at 2 hours and 11 minutes exactly. My chip time was 2:10.55.

Based on time alone, this was my second best half marathon. But taking into account all other factors of the race, I am disappointed in myself. I have (over)analyzed everything about this race and have come to the conclusion that I started out too fast but that I could have continued at that pace. I am fully capable of doing it, but the mental struggle was real. I usually can push past it and just focus on finishing the race, but this time was different. I am still super stoked with my time, but can’t help to think about what it would have been if I didn’t stop to walk a few of those times. 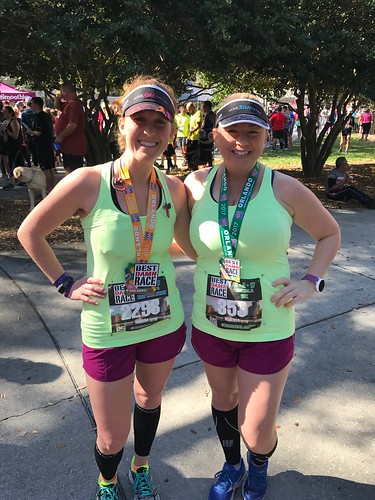 The Best Damn Race is a really well organized race and a fun one at that. One thing I didn’t like about the race was the course route. There were way too many brick roads and I have officially sworn off ever running downtown again. One thing I loved about the race was the after party. It was so fun to have a drink and chat with so many people! The kids played at the park then we walked around Lake Eola before heading to lunch. It was such a fun morning. 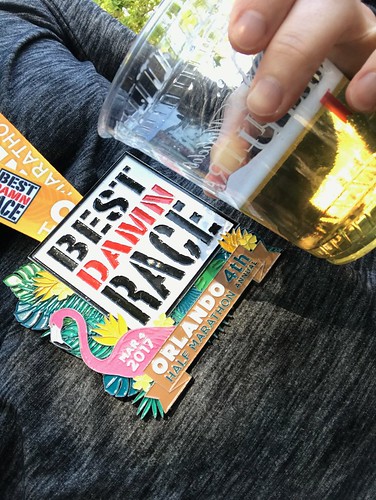 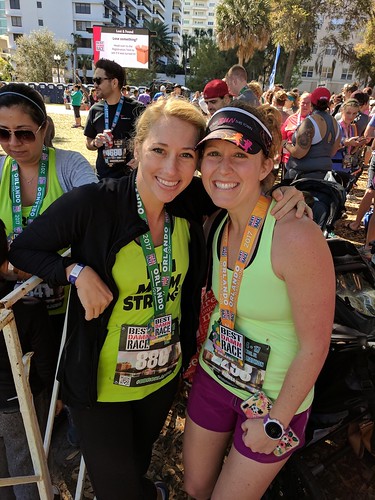 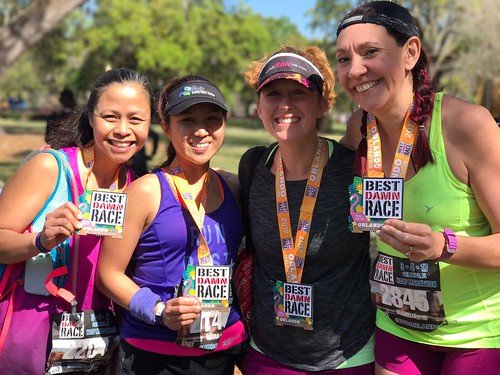 It was so good to see so many familiar faces at the race. I sure do love this little running community here in Orlando.