Over spring break, we headed over to Port Canaveral to finally embark on the Disney Dream! We originally booked our trip for October 2016 but didn’t board the ship due to Hurricane Matthew. We opted to re-book for spring break since the kids would be off school, so we waited another five months to set sail. For the whole month of March, I spent a lot of time on Pinterest reading all about the ship, what to do, what not to do, etc. and I still didn’t feel prepared for what was to come.

We drove over to the ship on Monday morning. The embarkation process was super quick and easy. We got checked in and right on the ship. I carried Crosby on my back in the Ergo so we didn’t have to worry about him wandering off. It worked out great for getting on and off the ship. 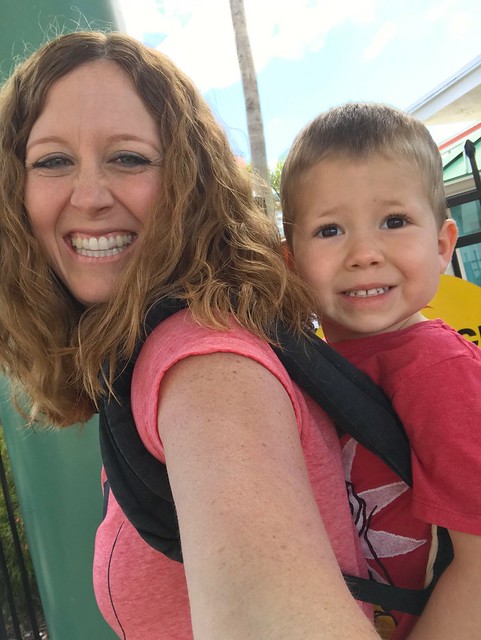 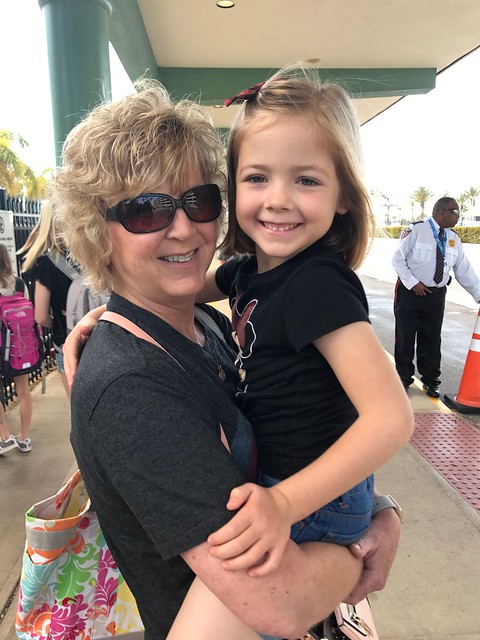 Once we were on the ship, we scoped it all out, had some lunch, and went to our rooms. We had connecting rooms with my parents and the rooms were huge! We lucked out when we re-booked and these rooms must have just opened up. They were twice the size of the other rooms on the ship and we had two windows! We are certainly spoiled for future cruises. I didn’t ever get a picture of it, but the couch turned into a bed and the top bunk came down from the ceiling. The kids took turns sleeping in the top bunk which was big fun for both of them. 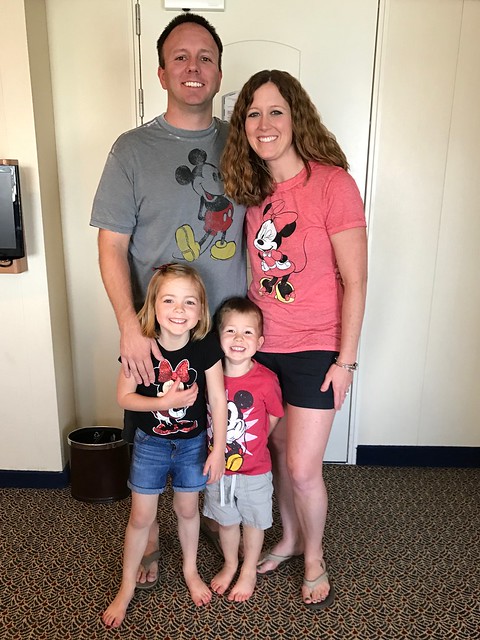 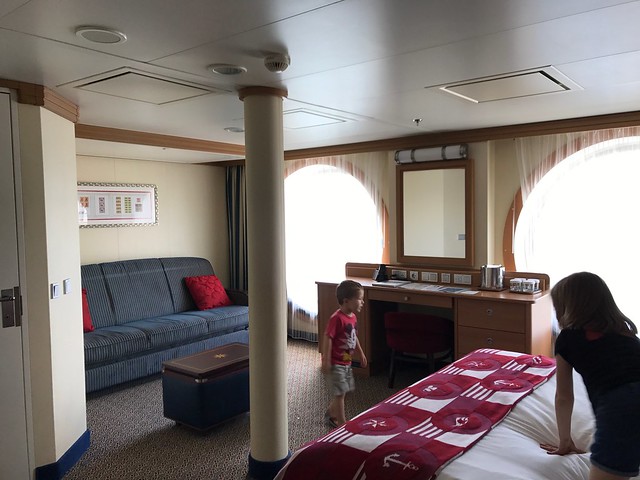 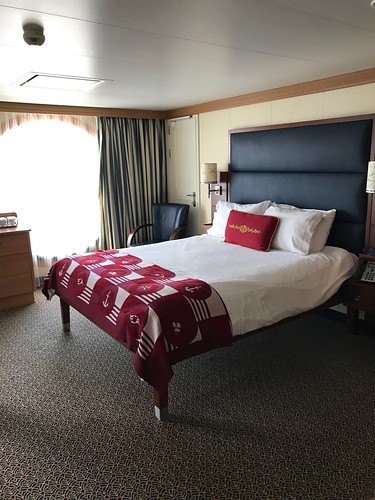 We spent the rest of the afternoon at Nemo’s Reef splash pad and the pool until it was time for our muster drill. After that was over, we headed up for the sail away party and waved goodbye to Florida for the week. 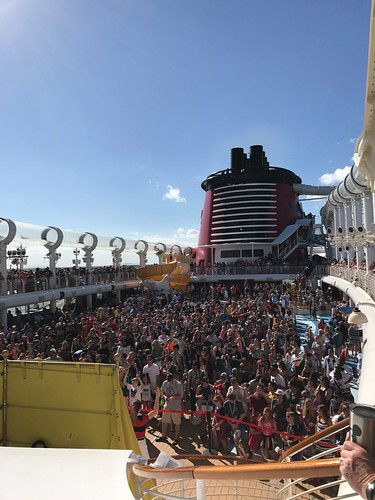 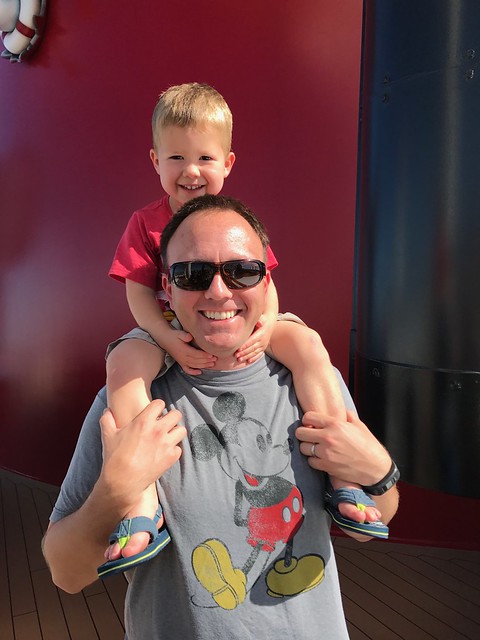 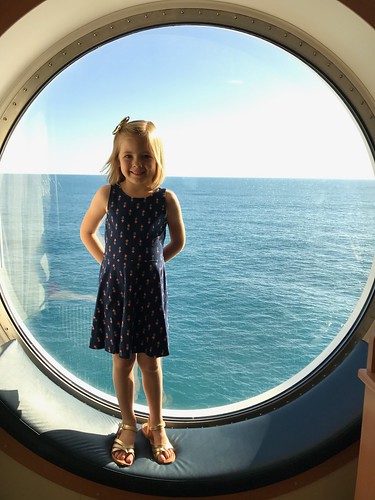 On Tuesday, we docked at Nassau, Bahamas, but we decided to stay on the ship. We took advantage of all of the fun activities planned throughout the day. The daily schedule was action-packed! The kids went to the Oceaneer Lab and Oceaneer Club, which we referred to as “kids camp”. They absolutely loved it! Crosby’s favorite part was Andy’s Room and Kenley liked Pixie Hallow. 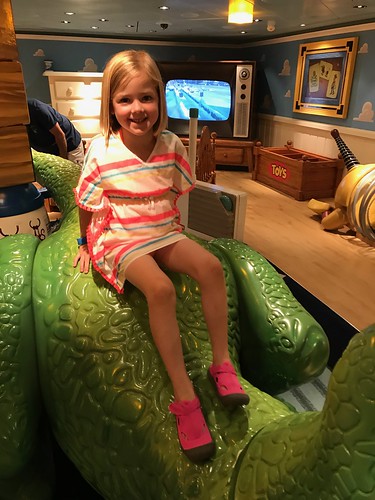 One of my favorite things throughout the week were the random character sightings. We saw so many characters, but some of them were by happenstance and those were way more fun! On the way to breakfast on the first morning, we ran into Pluto and Goofy! We also saw Stitch, but weren’t able to snap a photo with him. 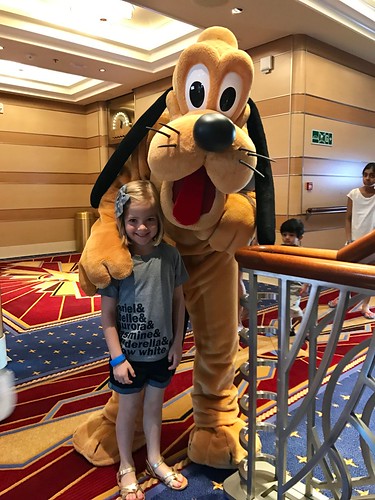 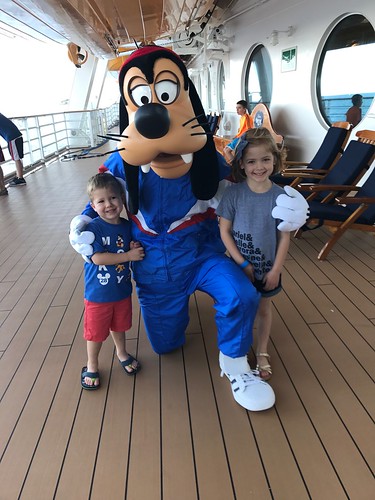 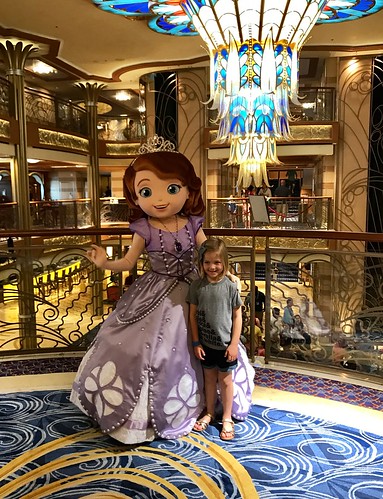 After naps, the kids were off to kids camp again and the adults headed to a mixology class. We made a variety of drinks and it was very informative. We ended up back in the same bar that night to order one of the drinks we made. 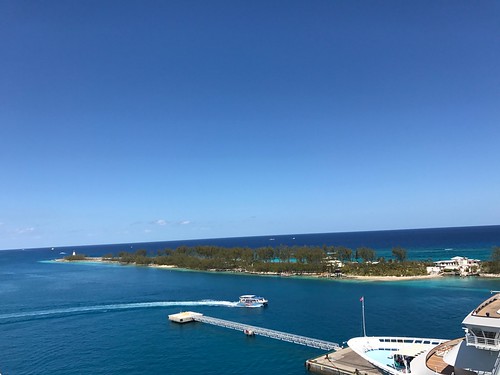 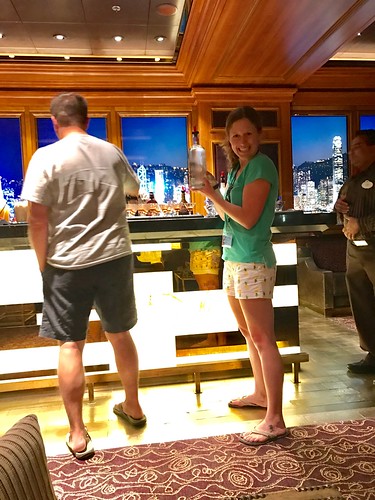 We also did some swimming on Tuesday and enjoyed shorter lines on the AquaDuck since some passengers were still at the port. I was surprised that we didn’t do more swimming throughout the week, but we rode the slides as often as we could. The Mickey pool was shallow for the kids, but there was also no jumping allowed, so Crosby got called out a few times (I know that doesn’t surprise you!). 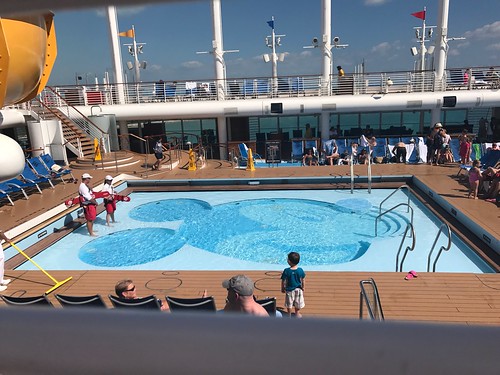 Kenley got to meet Belle before we had dinner in the Royal Palace on Tuesday night. Dinner each night was amazing! 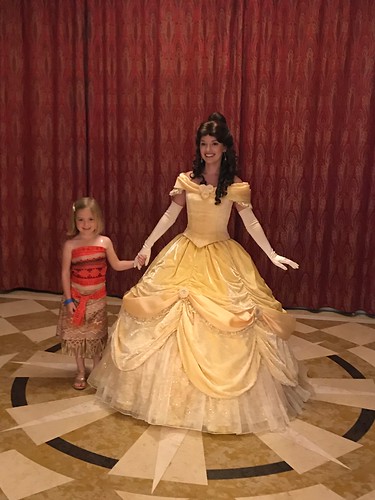 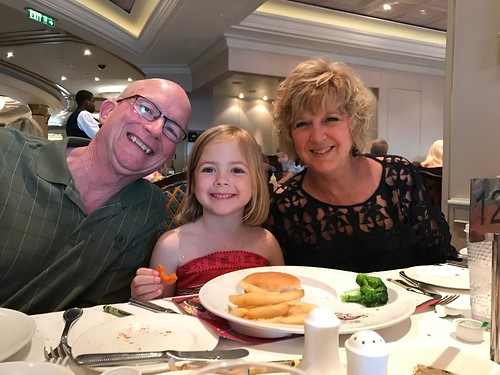 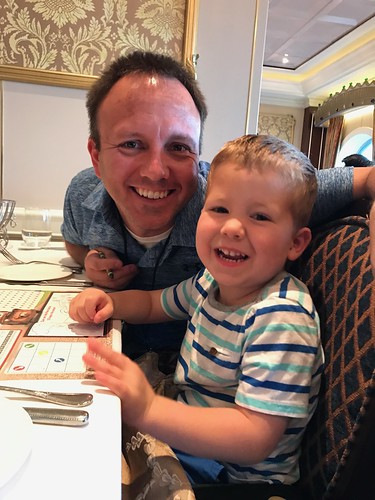 Instead of seeing the villains show, the kids went to camp for a little while after dinner and we headed to the Pink Wine & Champagne Bar and Skyline for some after dinner drinks. 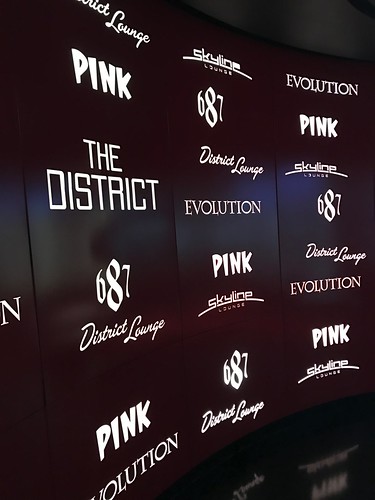 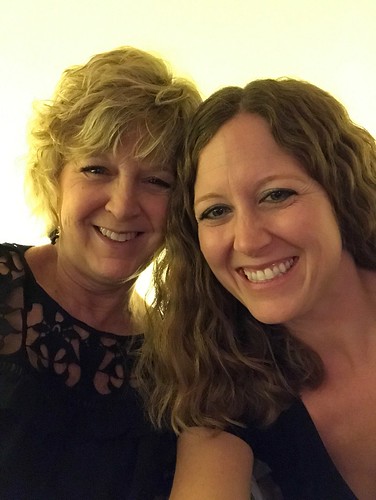 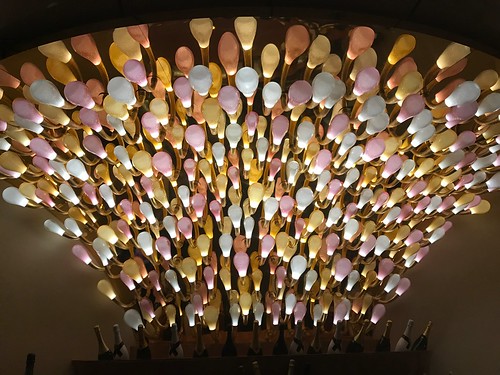 I’ll share about Castaway Cay, pirate night, and our day at sea in the next post!
Stay tuned!