The kids are officially back in school! 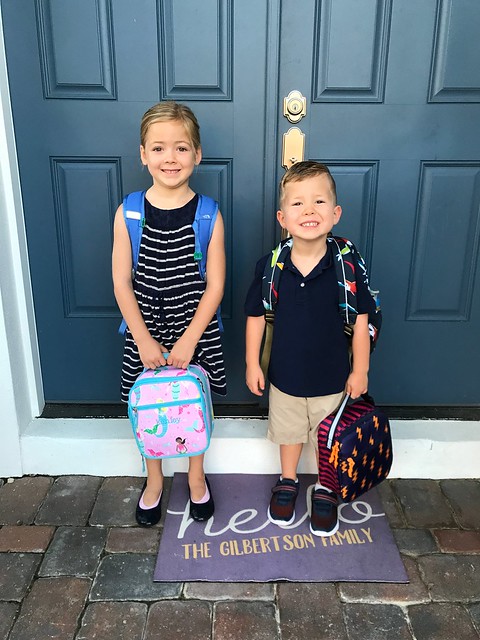 There was a lot of anticipation, discussion, and nervousness (on my part) leading up to the first day of school. The kids would be heading off to two different schools for the first time ever. We started the morning with pictures, of course, then all loaded into one car to make the rounds for drop off. 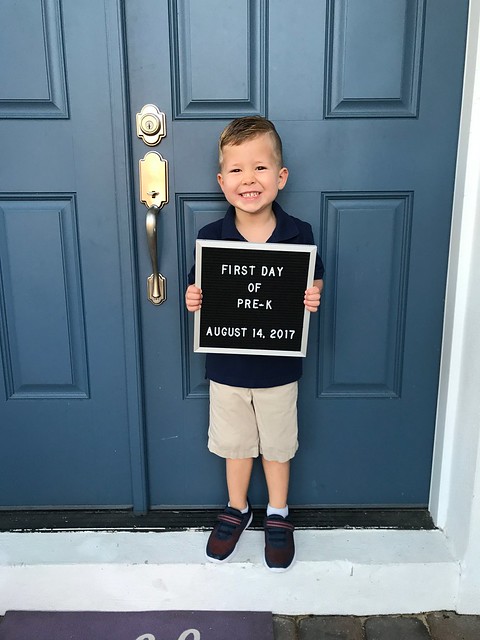 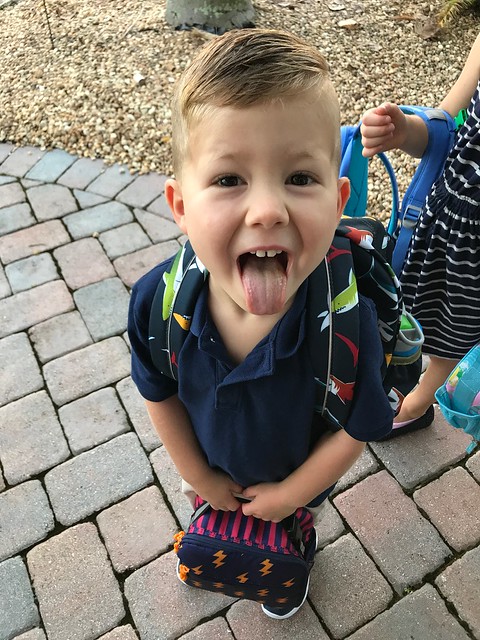 We took Crosby to his school and we all went in to drop him off. I was really nervous about leaving him there without Kenley, but he marched in there like he owned the place and was perfectly fine! On the ride home at the end of the day, he told Greg “I like this school” like it was the first time he was ever there. He also asked where Kenley was… ha! 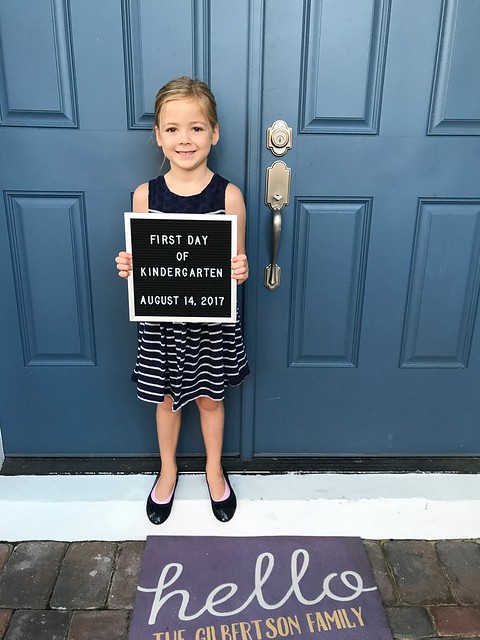 After Crosby’s drop off, we headed back to drop Kenley off. Greg and I had the opportunity to walk her into the school and into her classroom since it was the first day. When we arrived, I realized this was allowed for all parents, not just kindergarten, so it was a party! We saw Kyler and snapped the cutest picture ever before the girls headed to their classrooms. 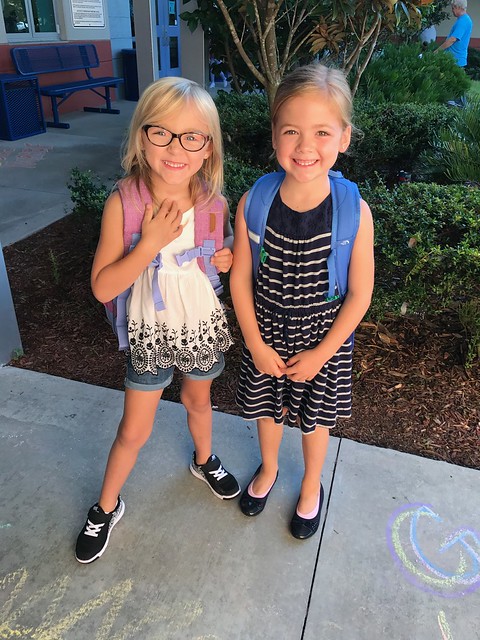 We said goodbye once she was in her classroom and headed to work. She was quiet and was taking it all in, but she was excited and not sad at all! 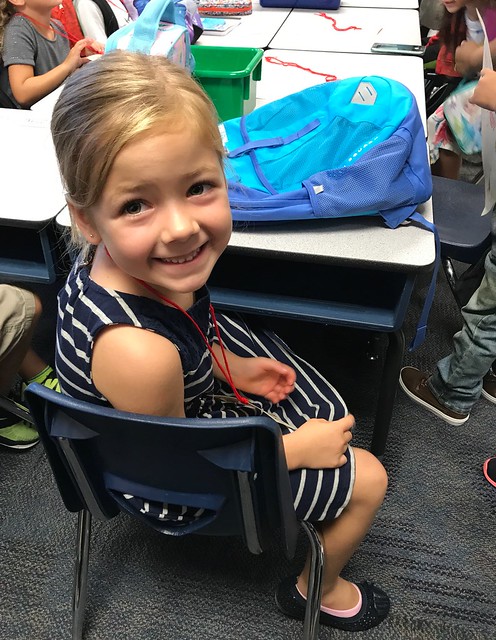 They both had great first days and they’re ready to tackle the 2017-2018 school year!