It has been a crazy two weeks since we arrived back in Orlando from Labor Day weekend. I didn’t go into much detail in that post other than we were going to be preparing for a hurricane, and boy did we. When I got to Target on Labor Day, I was a little caught off guard to see the water aisle was almost completely empty. I knew Irma was out there but I didn’t know people were already starting to prepare. She wasn’t supposed to arrive until the next weekend. That night, the governor declared a state of emergency for Florida. The rest of the week was spent preparing, watching, and waiting.

We’ve been in Florida for ten years now (which is crazy in itself), but we really haven’t had to deal with hurricanes much. In October, hurricane Matthew forced us to reschedule our Disney cruise but thankfully, we saw minimal damage in Central Florida due to a quick shift in the storm at the last minute. Irma was much different.

UCF cancelled classes on Thursday and closed campus on Friday. Greg and I were thankful that the kids were going to have school on Friday so we could finish getting the house ready without have to worry about entertaining them. Late Thursday night, the governor decided to close all schools, college, and universities in the entire state of Florida. So much for our free preparation day on Friday. We still were able to pull in all of the furniture and clean up the yard. Greg put up some boards on our front windows over the weekend. After my long run on Saturday, I went out to get some last minute supplies and decided that was the last time we’d be going out. It was crazy! We had plenty of food, water, and gas at this point. We continued to watch the Weather Channel as Irma made her way to Florida. 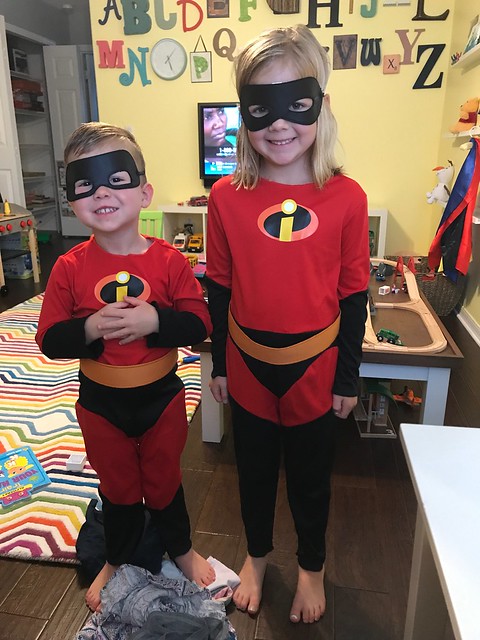 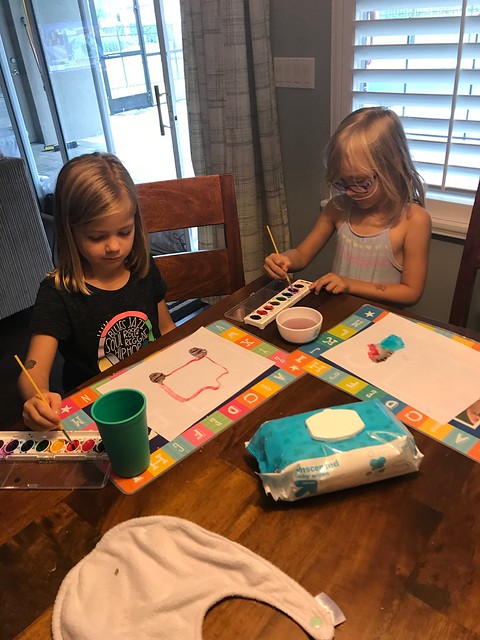 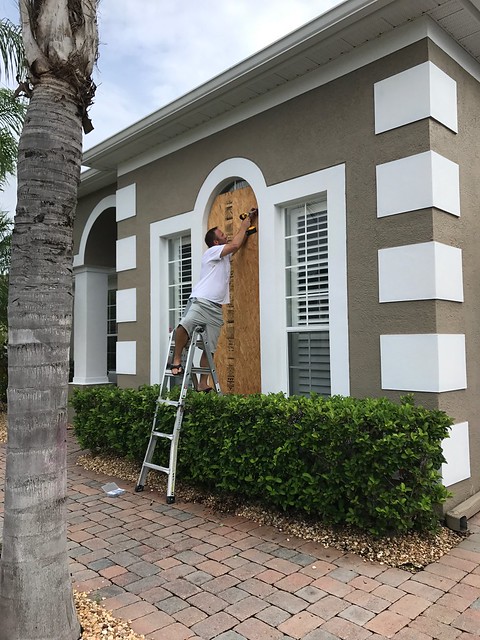 It rained most of Sunday as Irma made her way up the state. This storm broke many different records due to her size and duration. She impacted the entire state of Florida for well over two weeks. We spent a lot of time doing indoor activities, including building Legos. 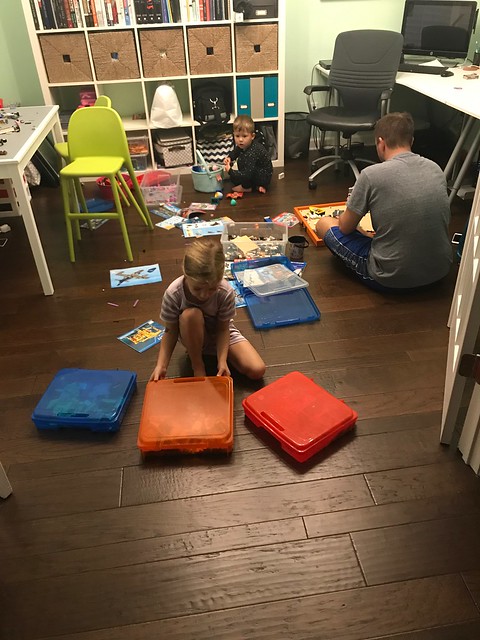 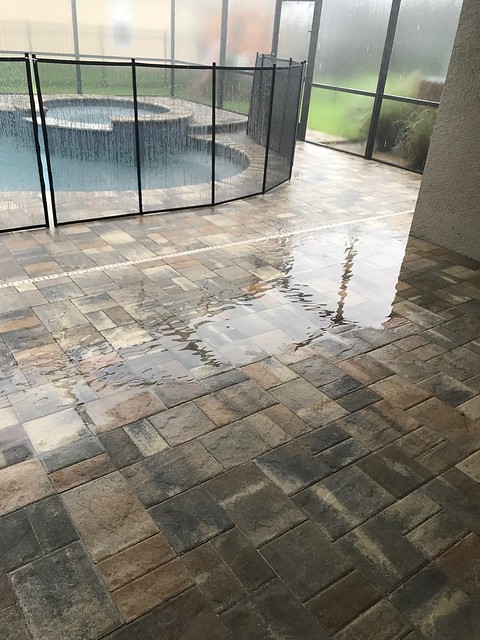 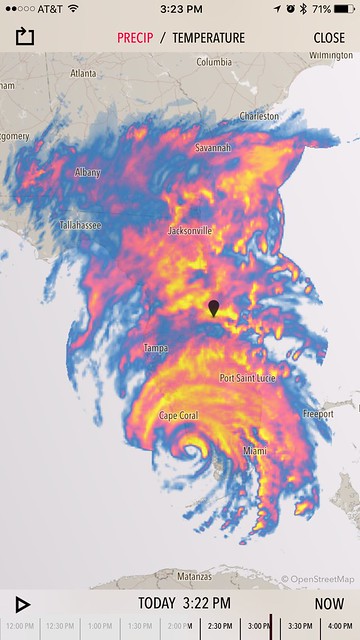 The worst part of the storm came through in in the late Sunday night and early Monday morning hours. Greg and I laid on the couch most of the night watching the news and the Weather Channel and listening to the wind howl. The sound of the wind will be forever etched in my mind. It was scary. The sounds that came along with the wind made it even worse. Originally, our main concern was the water pooling on our patio, but the bowing sliding glass doors quickly became my main concern. Throughout the night, we could see shingles start piling up in our yard, but we weren’t sure where they were coming from. We made it through the night with power, but we lost it at 6am on Monday morning. Crosby sat in his bed and cried because his room was “pitch black” he said (which is was). We continued to have tropical storm force winds through Monday morning, but we were able to walk around the neighborhood on Monday afternoon to assess the damage. 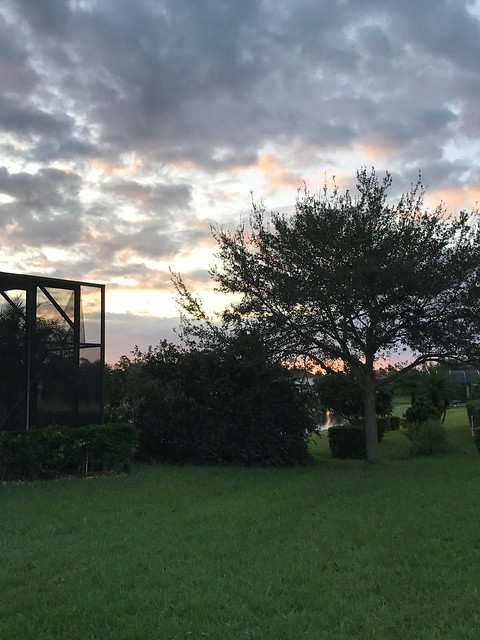 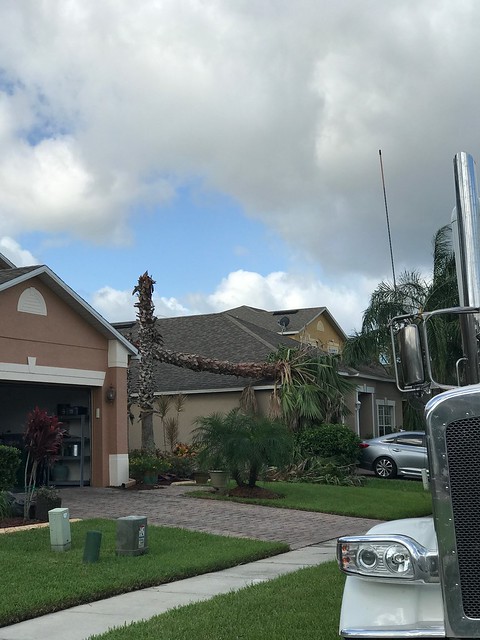 We were very lucky that our damage was minimal. We had to have a couple places on our roof re-shingled, but it was far less than some of the other roofs in our neighborhood (mostly the two story homes). There were a ton of trees down, including our neighbors, but our oak tree stayed upright. We also only had one panel of our pool screen rip.

The rest of the week we were in survival mode as we listened to the constant hum of our generator. School was already going to be closed on Monday and Tuesday to assess the damage from the storm. Thankfully, Crosby’s school made the decision to open at 11am on Tuesday, so he got to go to school and enjoy the air conditioning. On Tuesday, the decision was made to continue to close schools on Wednesday and Thursday. Kenley was able to go to gymnastics since the gym had no damage and still had power so that was something fun for her to do. We headed over to dinner at a friend’s house on Tuesday. We were also very lucky to get a hotel room from one of Greg’s coworkers. We stayed in the air conditioned room on Tuesday night, but the kids didn’t go to bed until very late so it was a different kind of miserable. 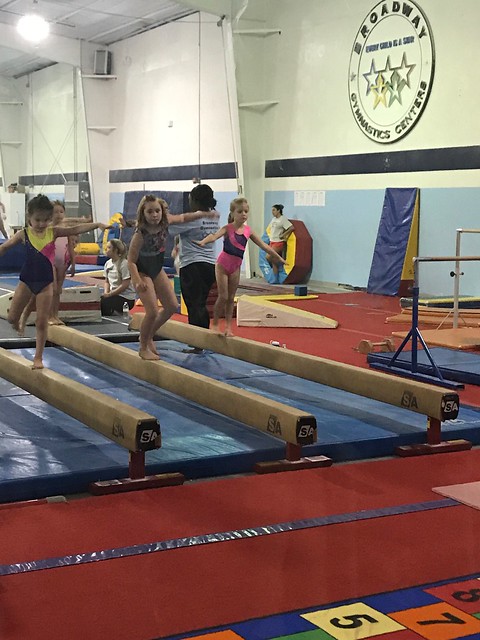 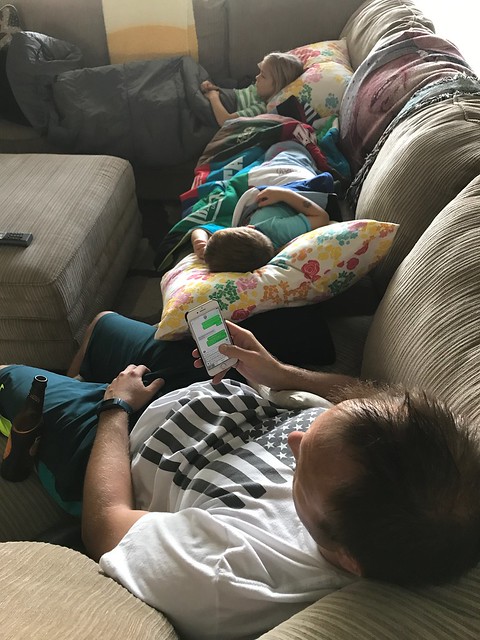 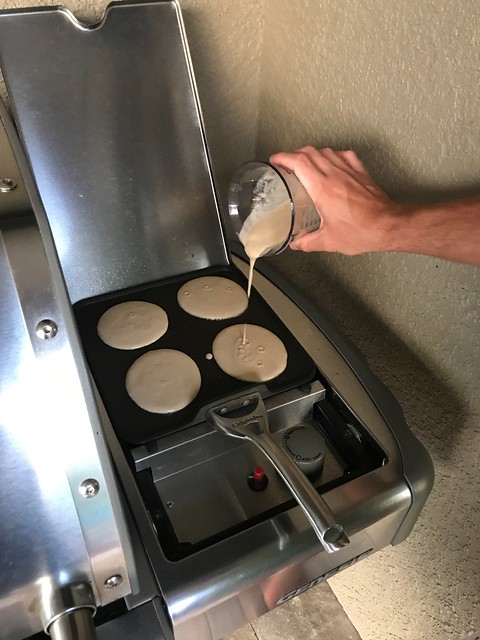 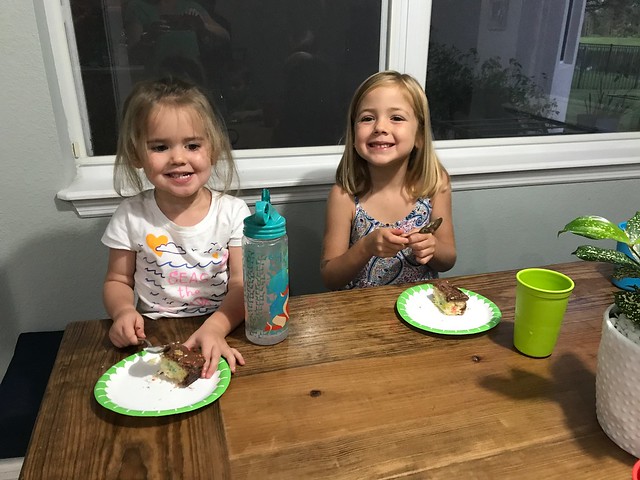 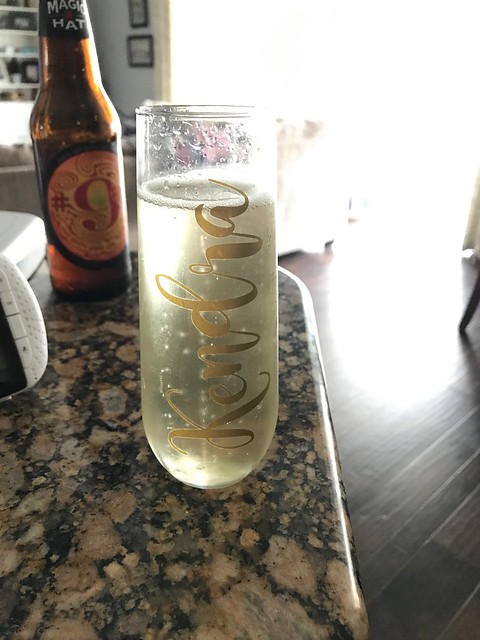 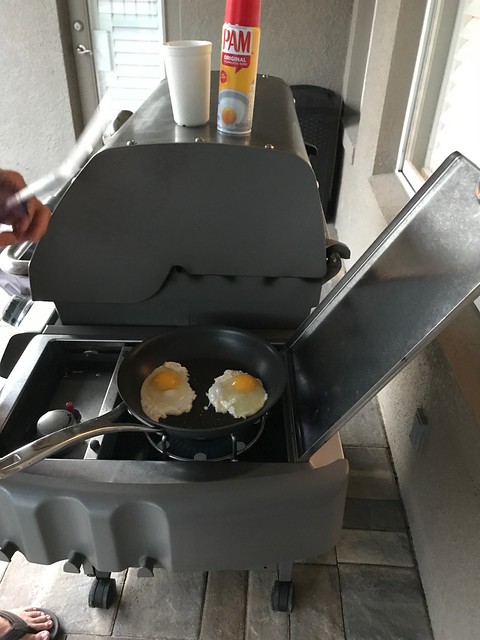 On Wednesday, we got word that schools would remain closed through Friday. We also got a portable air conditioner from a friend to put in our bedroom. It was our saving grace! Kenley slept on the air mattress and Crosby slept on his own mattress in our room that night. They loved having a sleepover in our room. Greg and I decided to take Crosby out of school on Thursday and head down to Disney World. If we were going to be hot, we may as well be hot at the happiest place on earth. 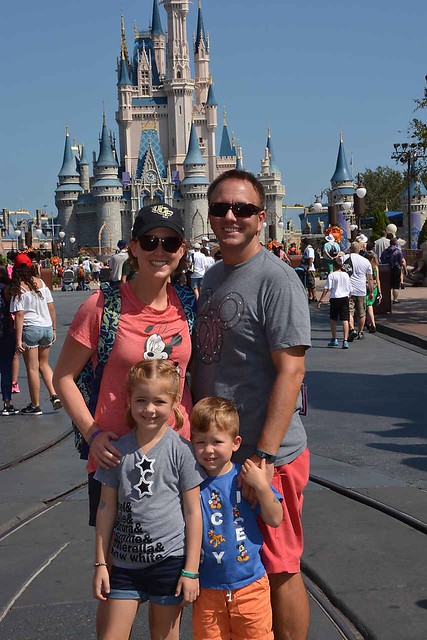 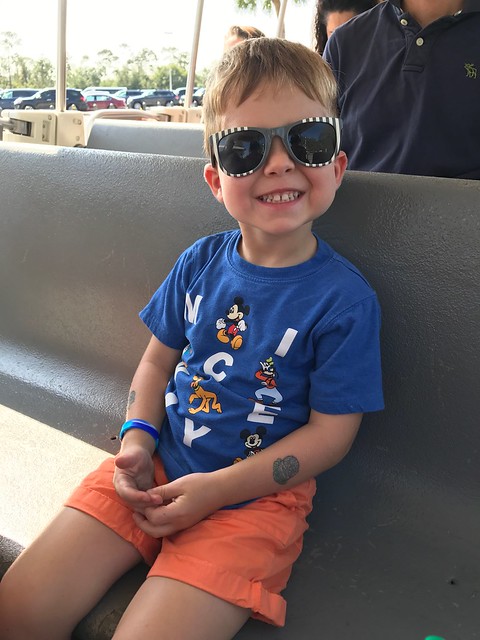 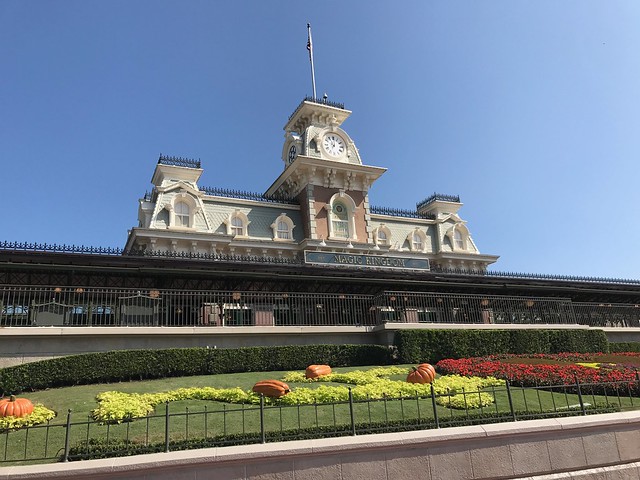 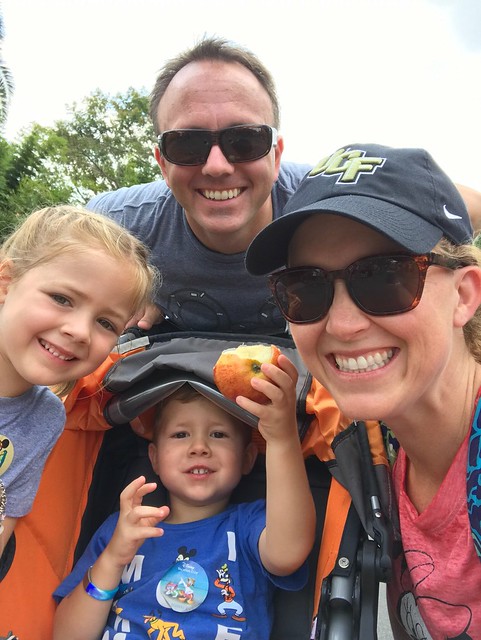 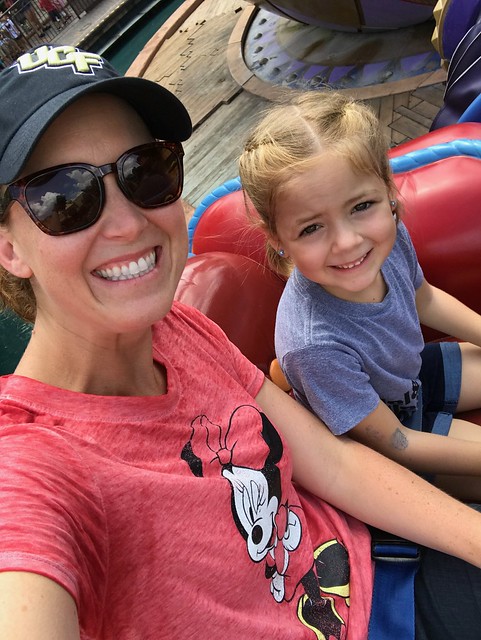 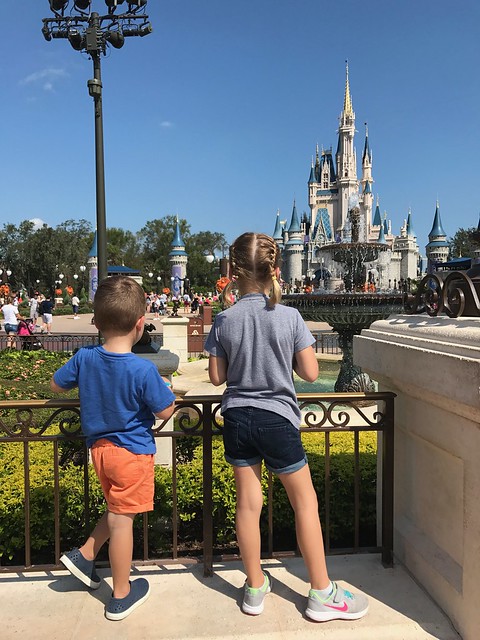 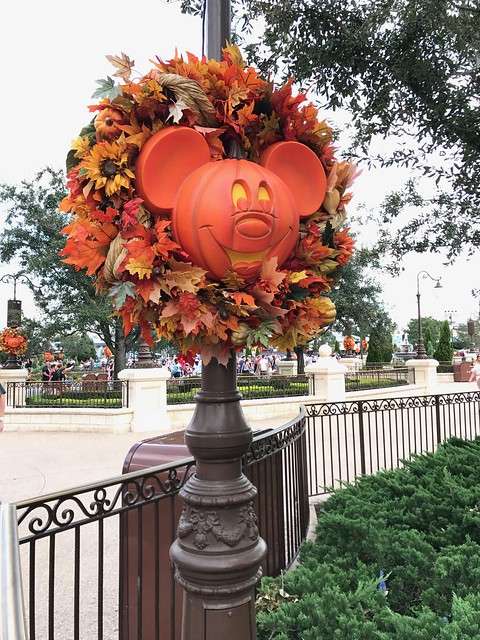 We had so much fun at Disney. There were hardly any lines and there were already Halloween decorations up! The best news was that while we were there, our power came back on! I was very close to crying tears of joy at that moment.

The storm impacted everything. Many businesses were without power, but if they did have power, the delivery trucks weren’t able to get here to deliver food and supplies. Even today, there were a lot of empty spots on the Target shelves. 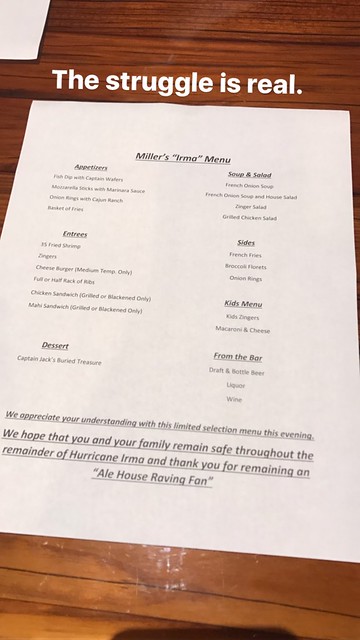 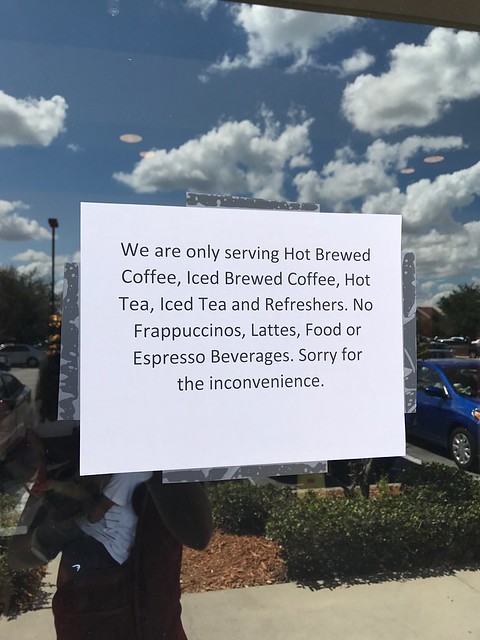 We tried to get back into our normal routine this weekend. I ran on Saturday morning and met the fam at Kenley’s soccer game. We celebrated Wyatt’s birthday on Saturday night with a slip-n-slide at his house. We meal prepped today and headed to church tonight at a completely different location, thanks to Irma. It’s been a long week but we’re all very excited to get back at it tomorrow! 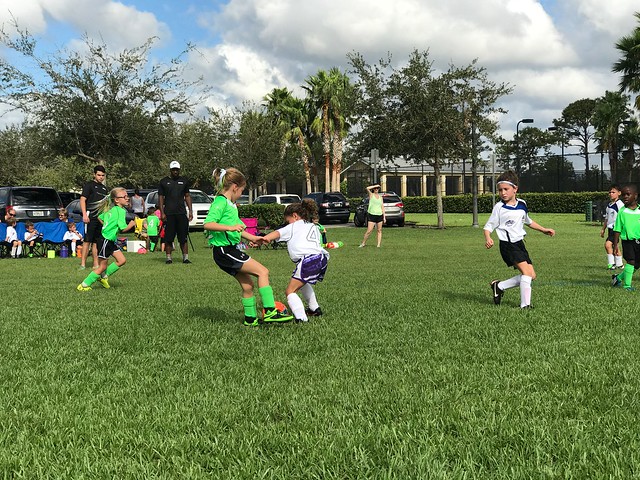 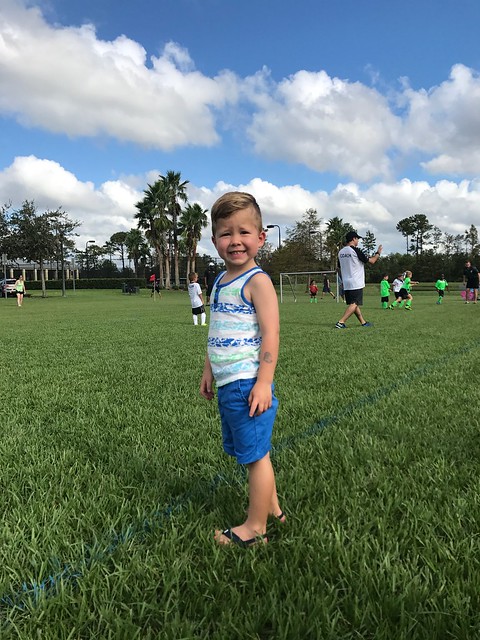 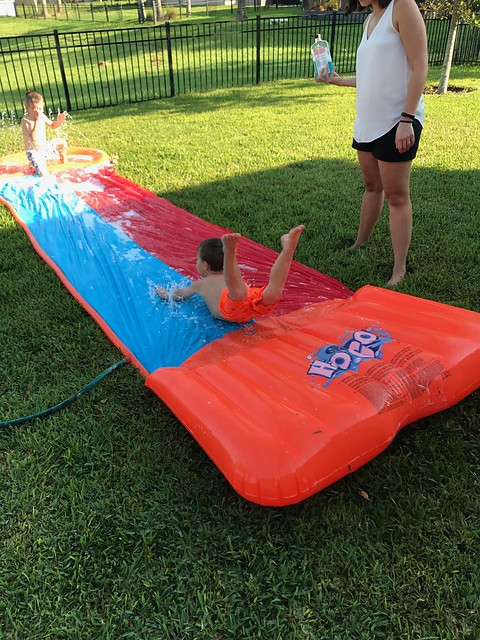 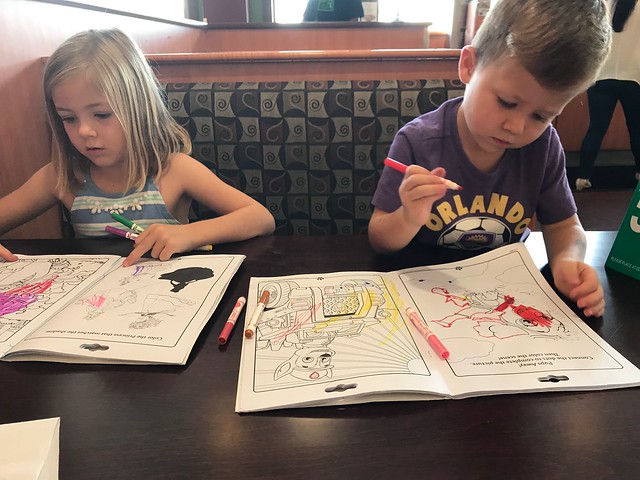 So long, Irma. I’ll be happy if I never have to hear your name again!