It’s been a whirlwind the last eleven days and I have a lot to catch up on! Two weekends ago, we headed up to Chicago for a long weekend away and for me to run the Chicago Marathon! We had an amazing, action-packed weekend filled with family, friends, and running.

From the moment we stepped on the plane, there was such amazing energy the whole weekend. Our flight attendants had all the runners stand up and there was about 20 runners on our plane alone. Jaime and I were on the same flight so we each enjoyed a complimentary Bloody Mary on the way. The kids were in heaven too. 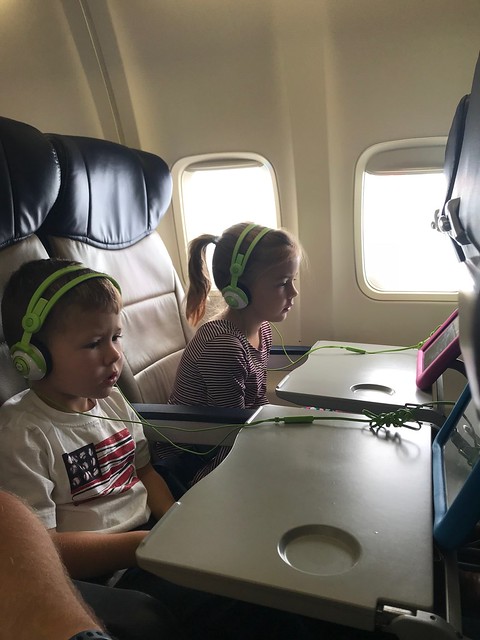 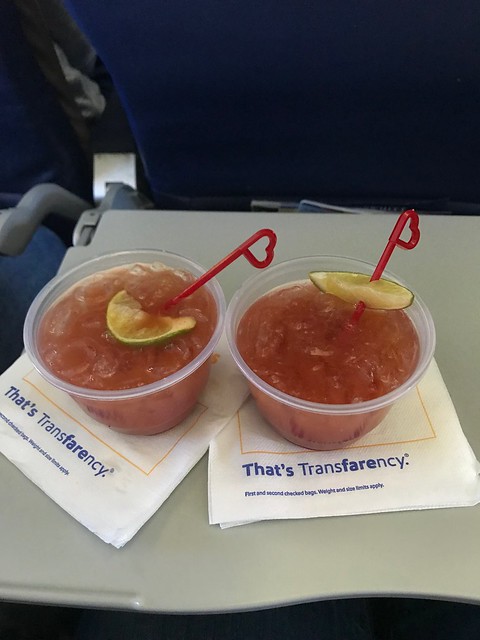 The weather was gloomy on Friday but it didn’t slow us down. My parents arrived at our hotel about the same time that we did, so we headed out for lunch and shopping. 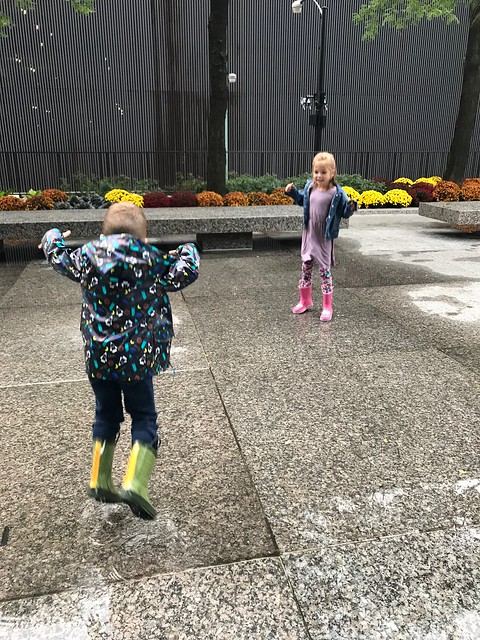 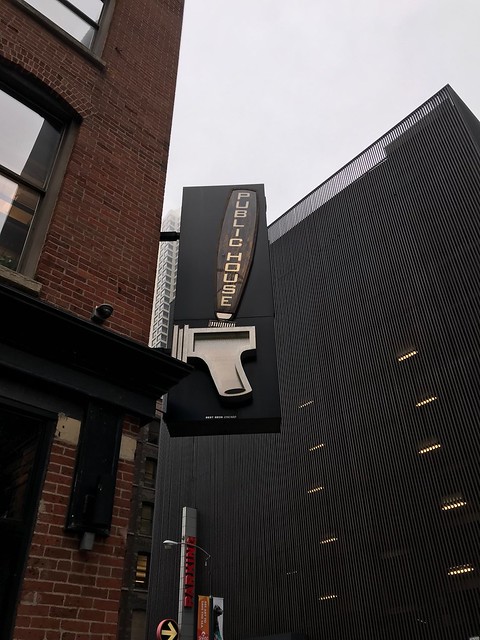 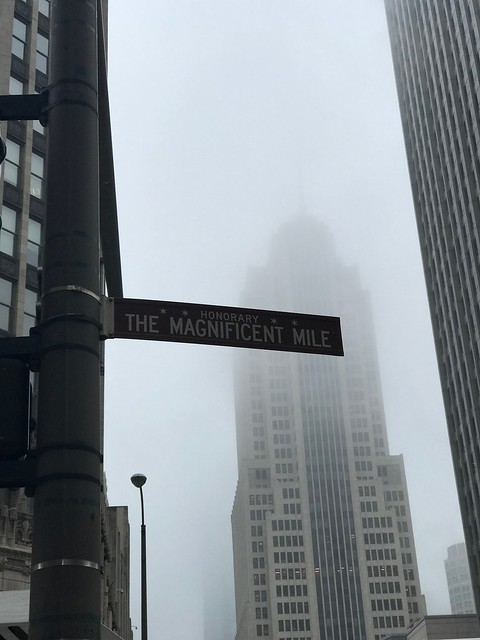 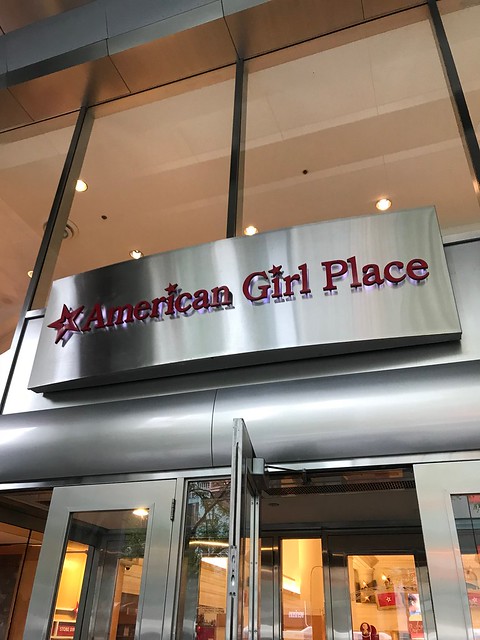 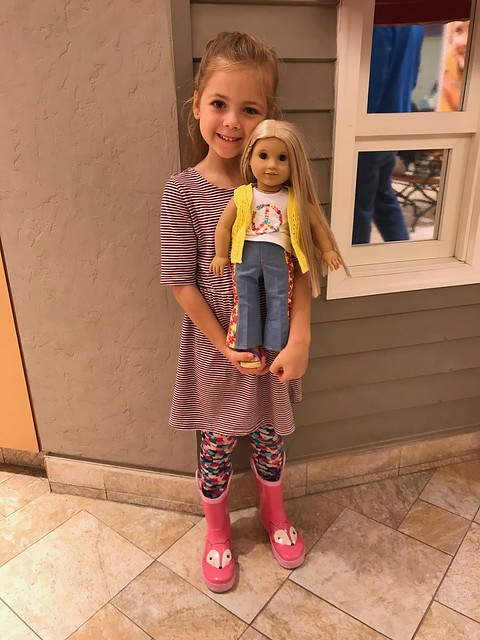 We headed to the American Girl store and the Lego store for the kids to pick out some early birthday presents. Julie came home with us and Kenley just loves her. Afterwards, Greg and I headed to Portillo’s for dinner then Bar Louie for drinks and baseball. 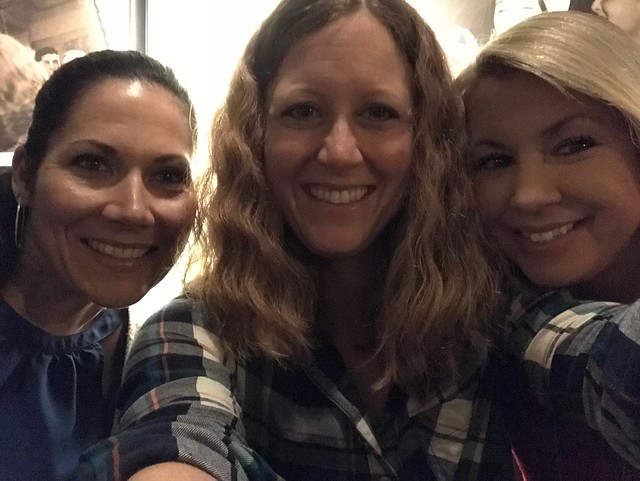 Saturday morning, we were up early to head to the race expo. The expo was insane and I think I could have spent the entire day there. We picked up our race bibs, did some shopping, took a lot of pictures, got beers, and met Bart Yasso. All in all, it was a successful morning! 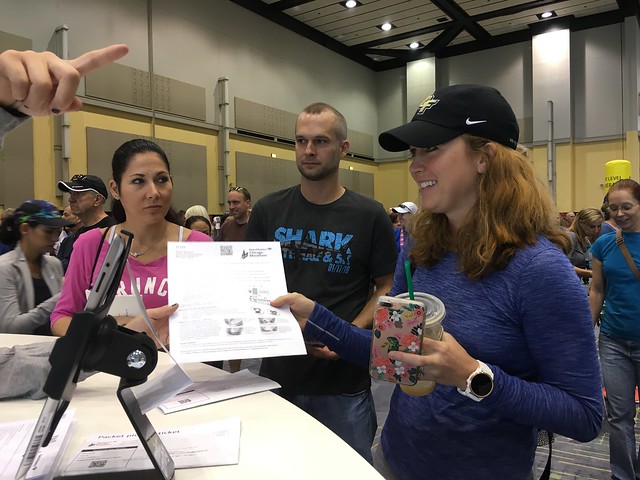 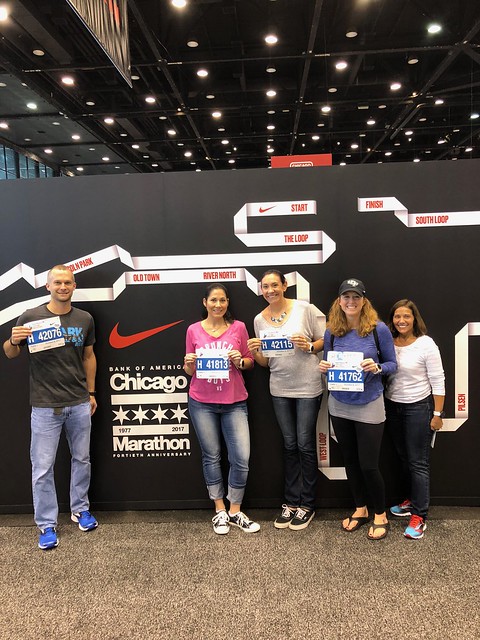 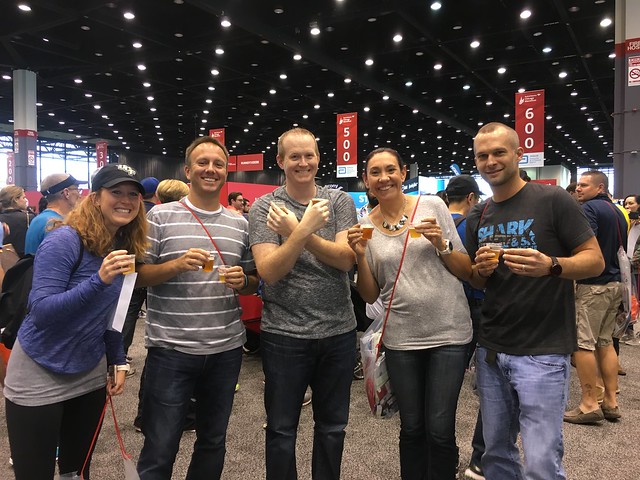 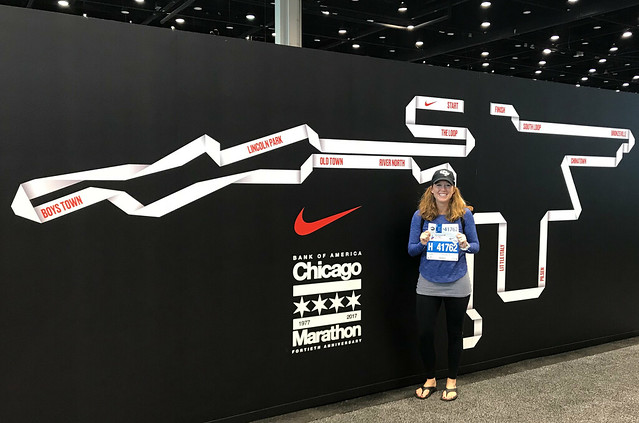 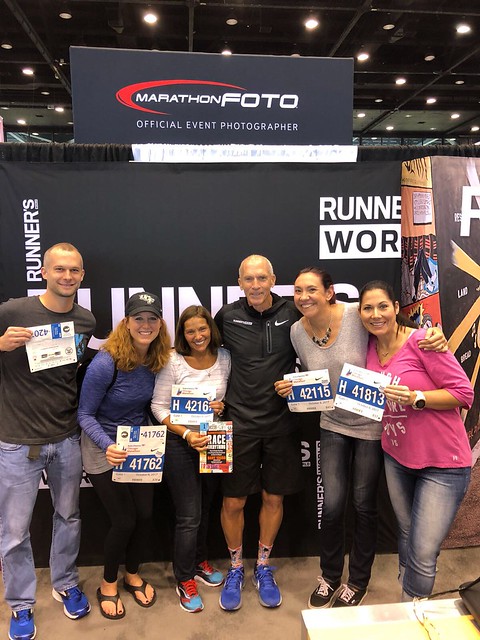 After the expo, we headed to the Taco Joint for tacos and beer before heading back to the hotel to shower. About 20 minutes before Greg and I were out the door, Mary Beth and Mandy showed up to surprise me! Mary Beth and I had planned on meeting during the weekend, but I had no idea that Mandy was coming in from Kansas City! It was such a fun surprise! 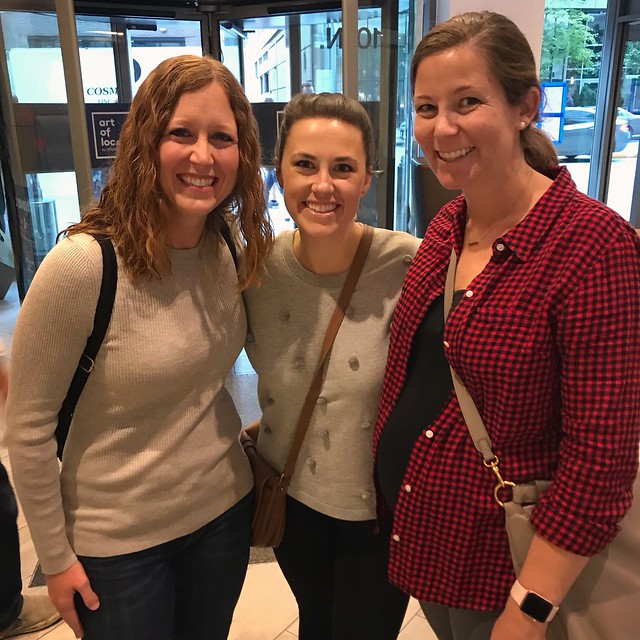 The Ronald McDonald House Charities (RMHC) pre-race dinner was on Saturday afternoon at Grant Park. It was good to see all of the other RMHC runners both from Orlando and all of the United States. 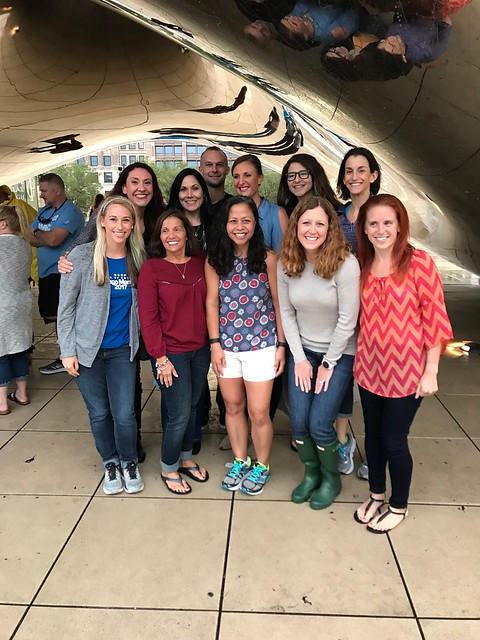 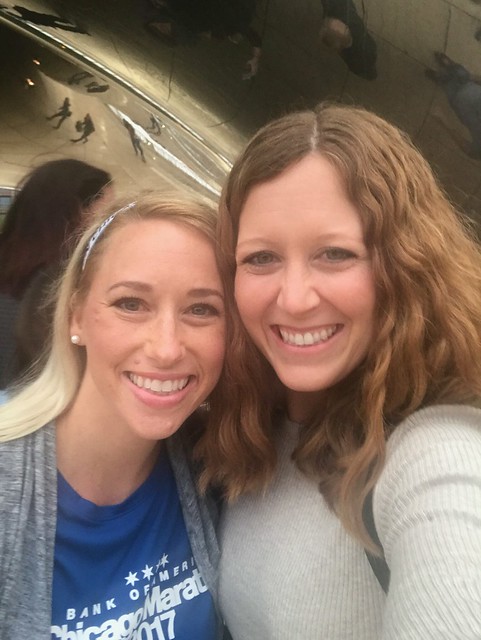 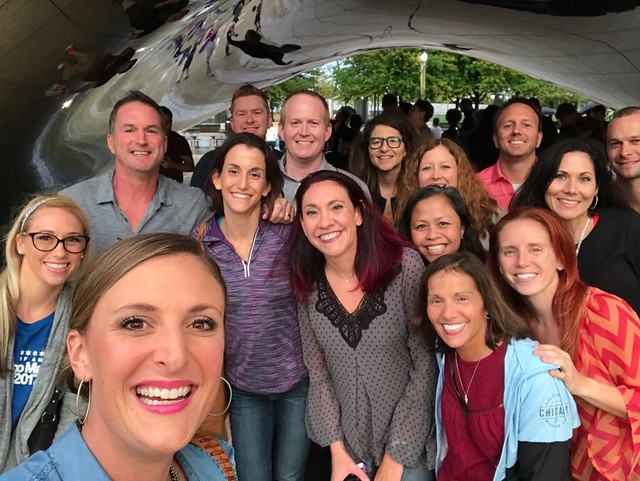 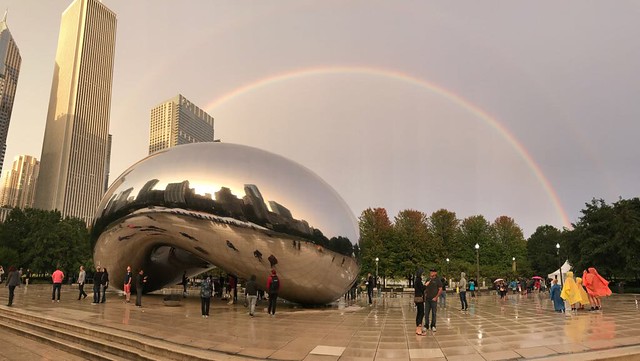 It was a gorgeous, but rainy evening in the city. After the RMHC dinner, Greg and I met up with MB and Mandy again before it was time for me to call it a night.

Meanwhile, the kids had an amazing Saturday at Michael and Rachel’s house. They had a birthday party, made a cake, built forts, and made race signs (which I saw the next day!). 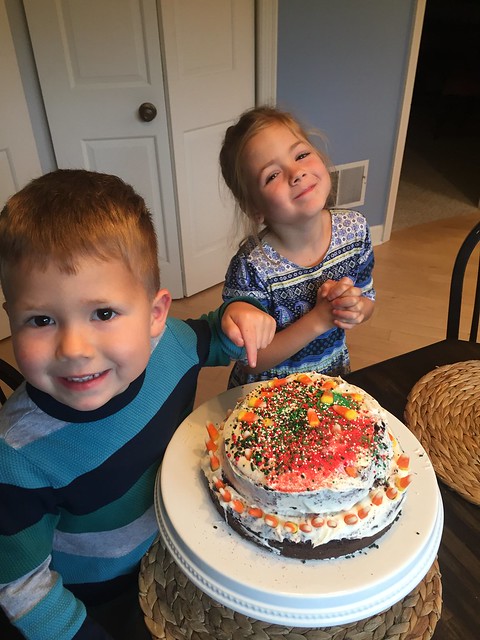 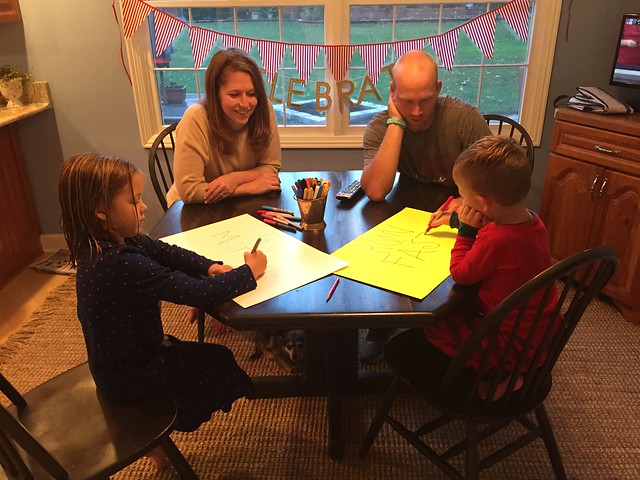 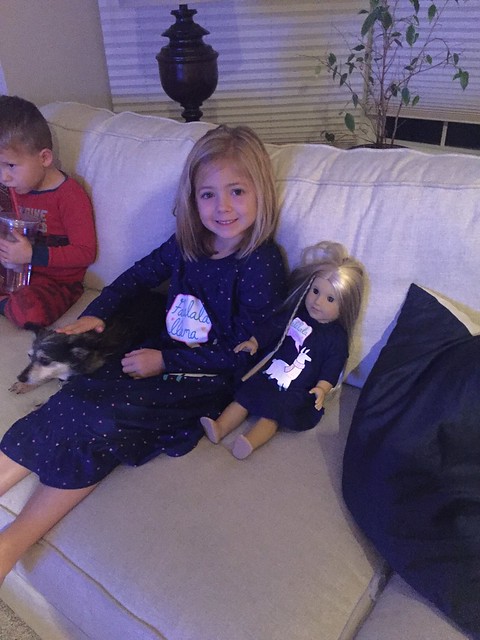 Sunday was race day which will have an entire post dedicated to it!

We headed to Niketown on Monday morning to get our finishers gear and get our medal engraved. The medal engraving didn’t happen due to the two hour wait, but we did some shopping so the trip was worth it. Afterwards, we took the kids to Maggie Daley Park which was absolutely amazing. I highly recommend it and we will definitely be back the next time we’re in Chicago! 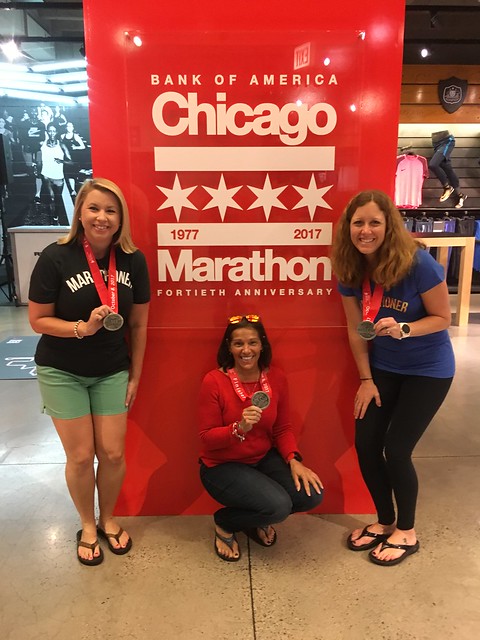 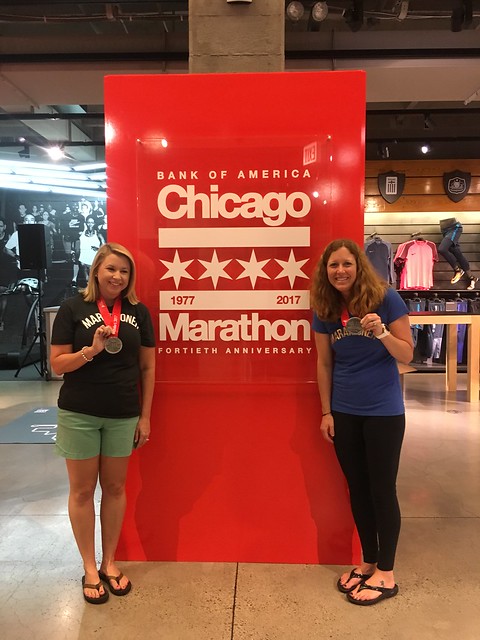 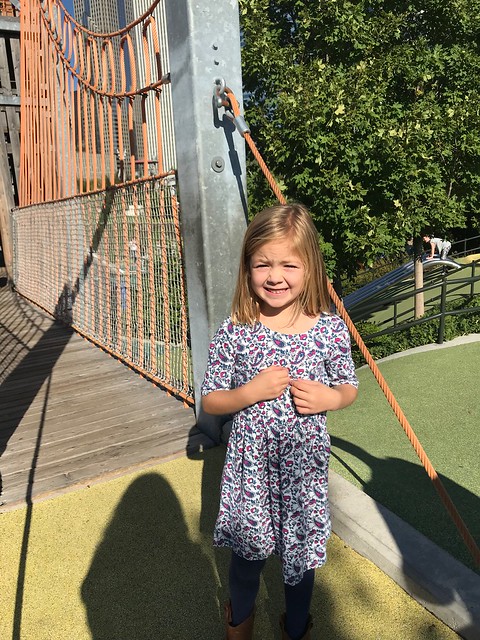 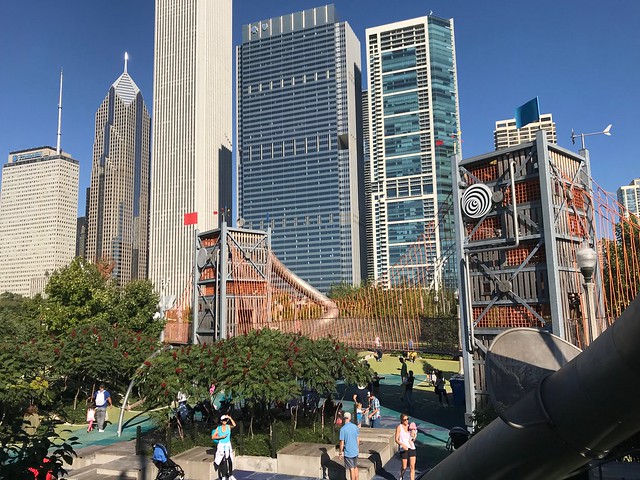 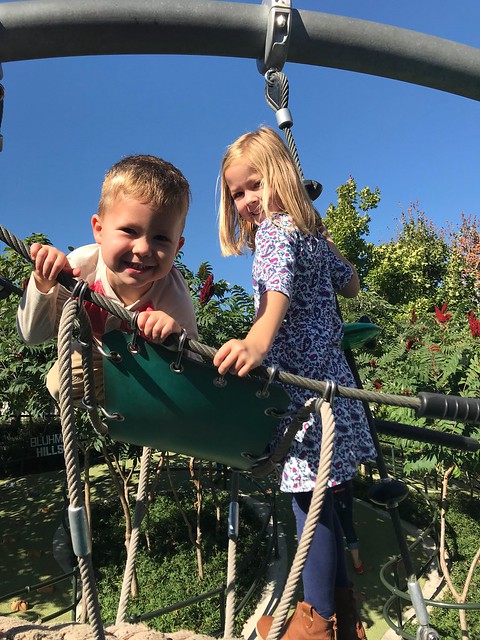 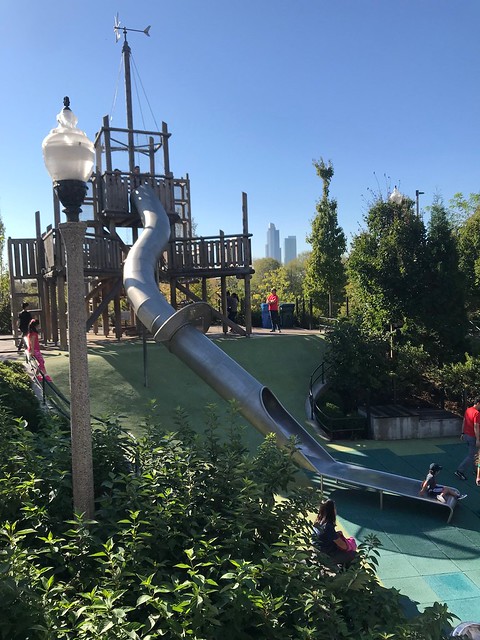 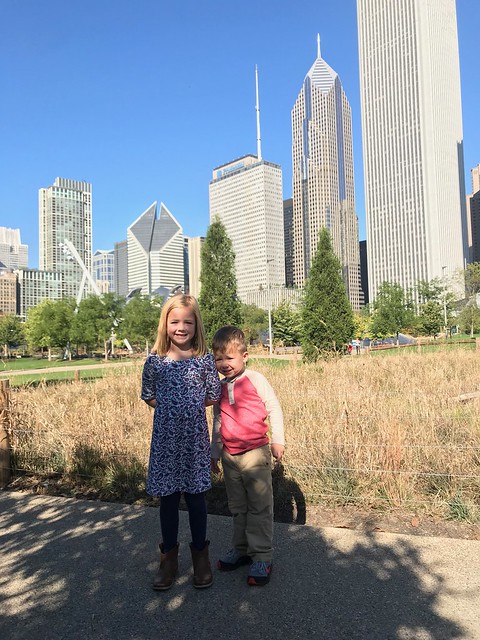 We had such a great trip to Chicago! It was great to be back in the Midwest. The entire city was so welcoming of all the runners and really made the weekend so memorable. A huge thank you to my parents, Michael, and Rachel for watching the kids while Greg and I did all of the pre-race festivities.