Kenley started her day with a Character Parade at school with the kindergarten and 1st grade classes. She chose to be Pinkalicious from the book Pinkalicious and Aqua, the Mini-Mermaid. We also have the book Aqualicious which has the same characters in it. She was excited to be able to take her pink mermaid to school with her and dress in pink from head to toe. Crosby had his Storybook parade yesterday and was Spiderman. 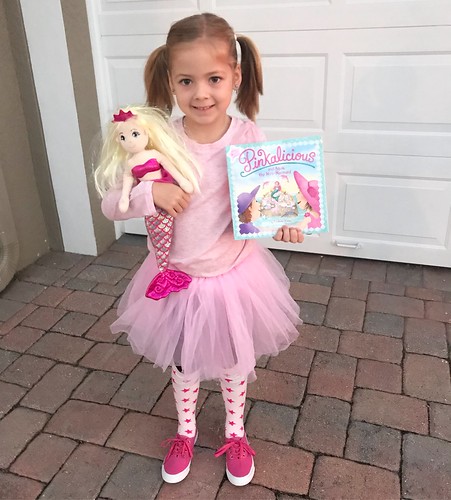 Tonight, we headed out for trick or treat fun with the Jenkinsons. They kids were all superheros! Kenley was Batgirl and Crosby was Justice League Batman. 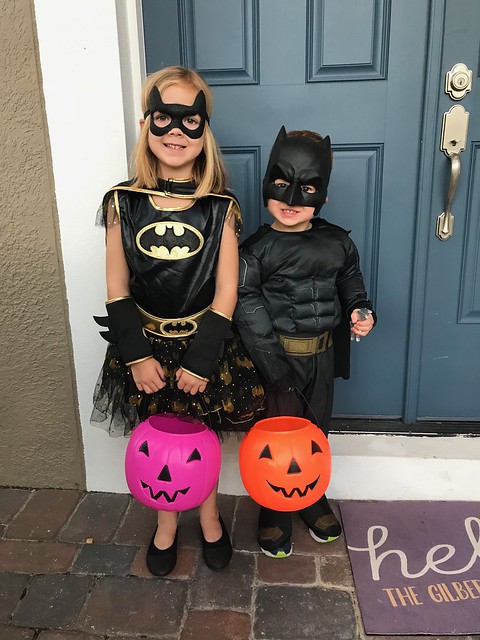 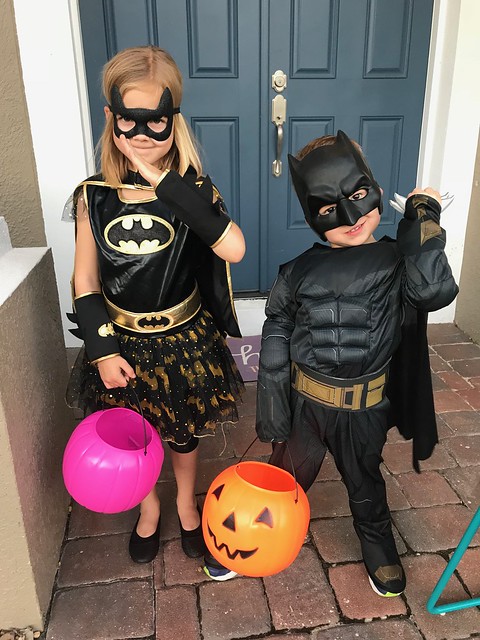 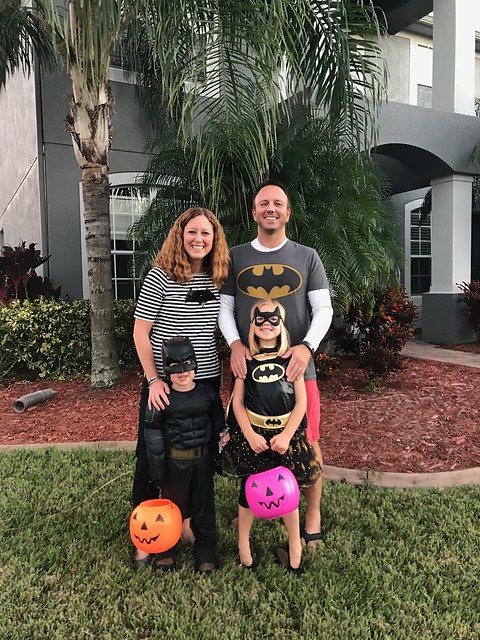 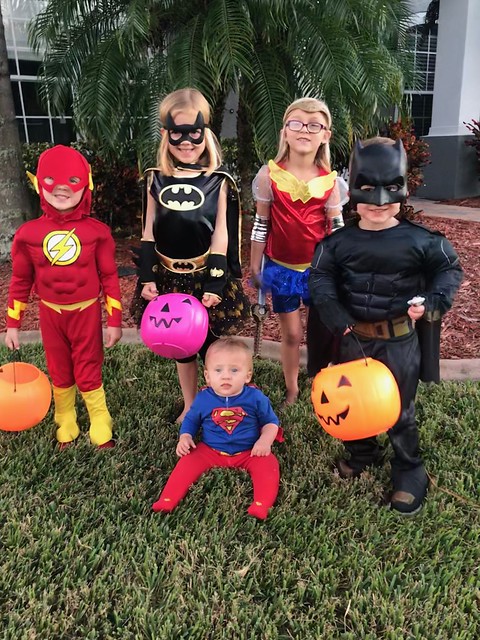 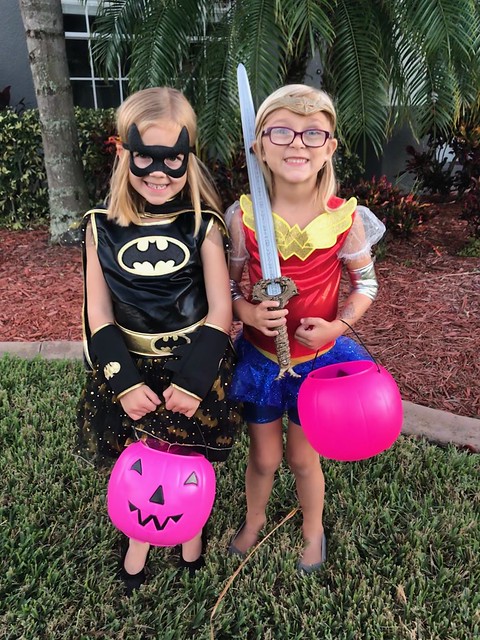 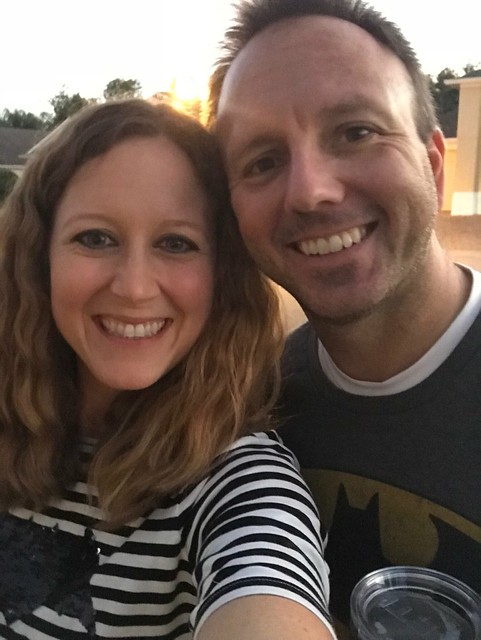 Greg and I keep talking about how much fun we had tonight. The kids had such a great time too and crashed as soon as we got home.

Halloween through the years.