The last weekend of January was the Lady Track Shack 5k! This is one of my favorite races and I have ran it for the last four years (I had to look back on the blog in order to fact check that statement). This year was extra special though because it was Kenley’s first 5k! Last year, she ran some of it, jumping in and out of the stroller, but this year there was no stroller! Kenley was excited about the race, but also very excited to see her friend Livie. 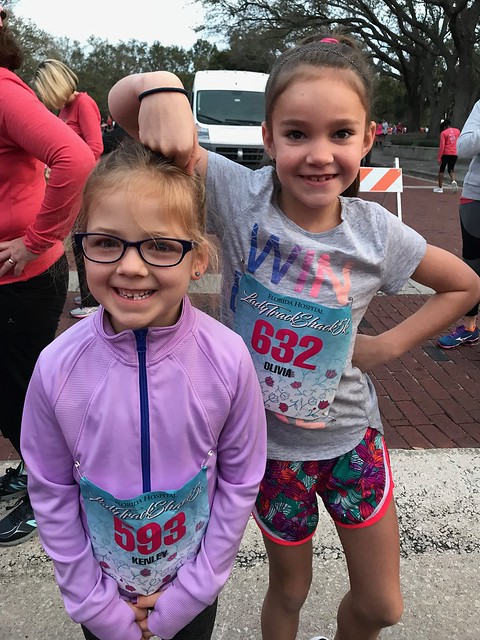 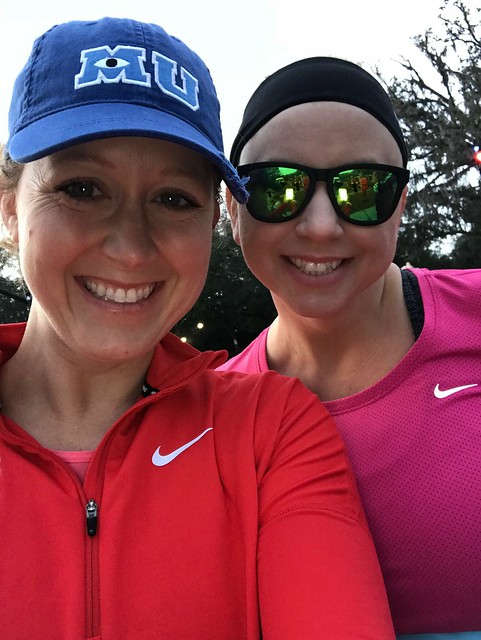 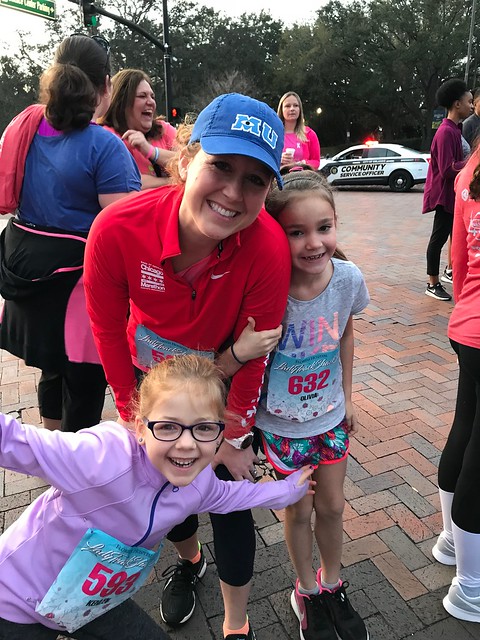 We didn’t do any official “training” so I had very low expectations. I knew she would need some encouragement along the way and that there would certainly be walking breaks. I was hoping we would finish under one hour, only because we were heading down to Magic Kingdom afterwards.

Kenley ran almost the entire first mile before we needed to stop and walk. She asked for water many times leading up to the first water stop, so I will remember to run with a water bottle next year. There were times during the race where we would “run to the stop sign” then we would take a walk break. 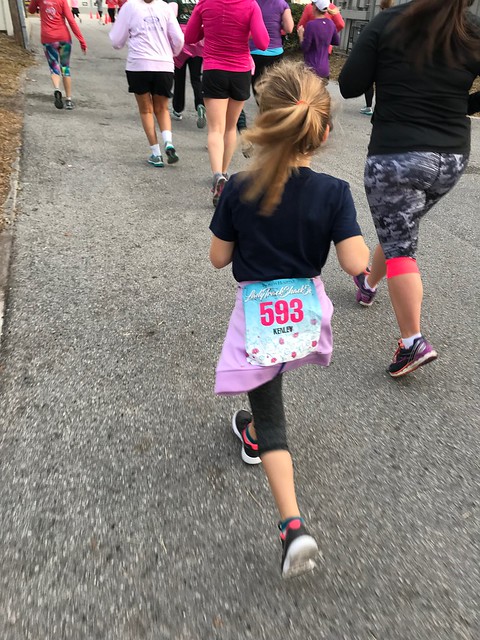 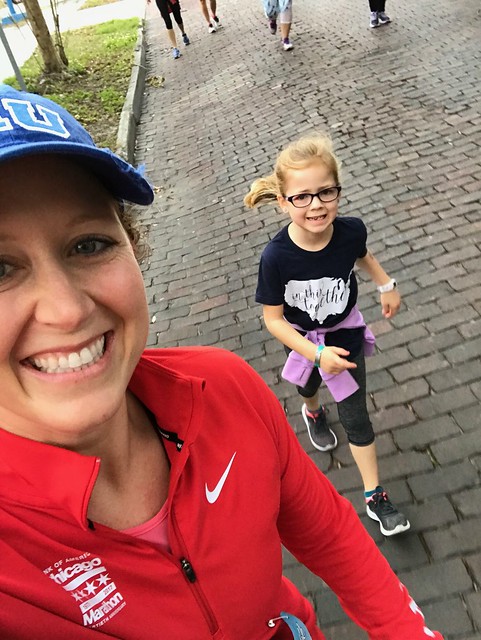 Towards the end of the race there was more walking (and whimpering), but there were so many encouraging women along the way cheering for her. It was seriously amazing! 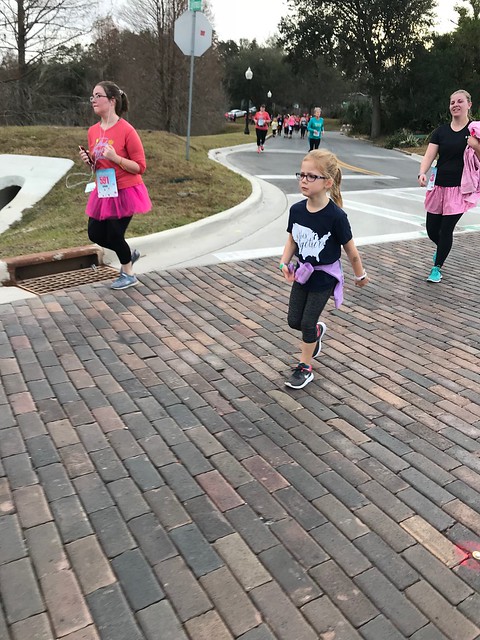 She finished the race running and we came in at 44:13! She did such a great job and I am so proud of her for getting out there and running her first 5k!

She earned that medal! 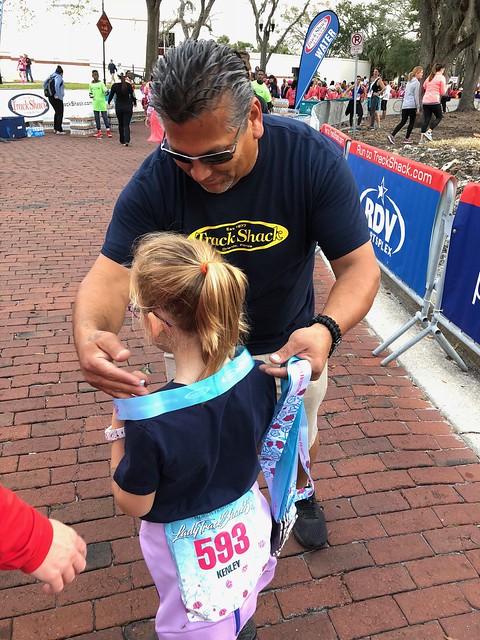 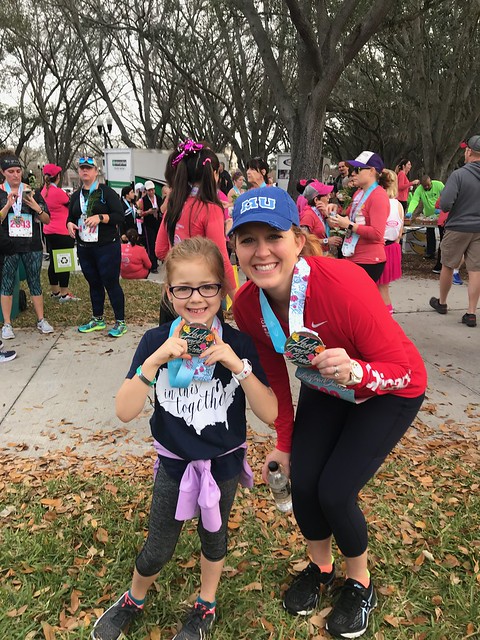 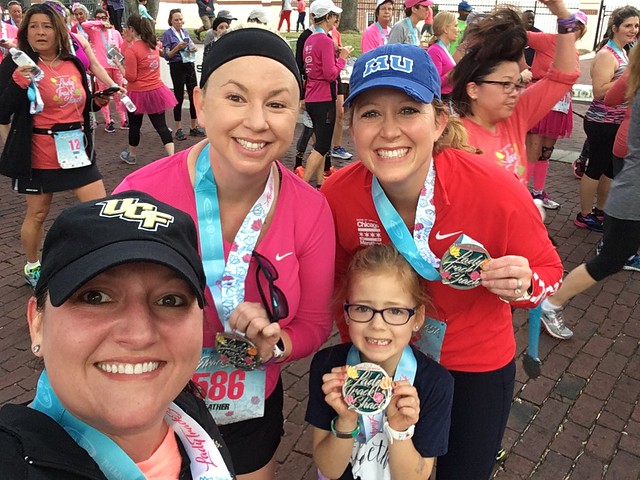 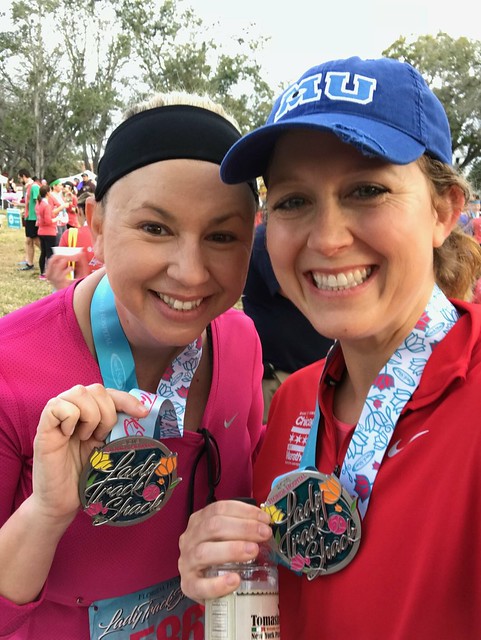 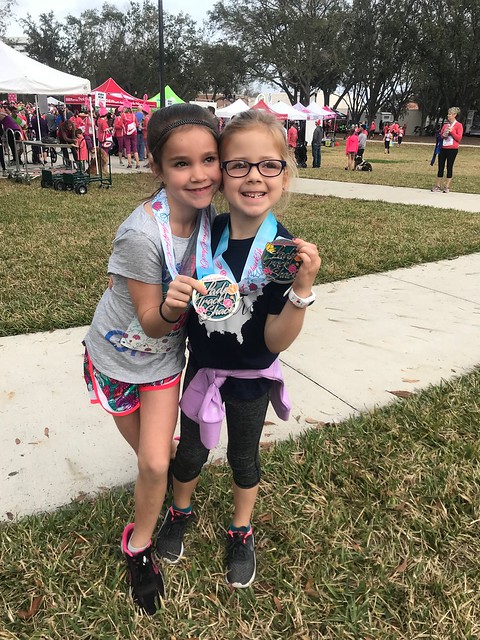 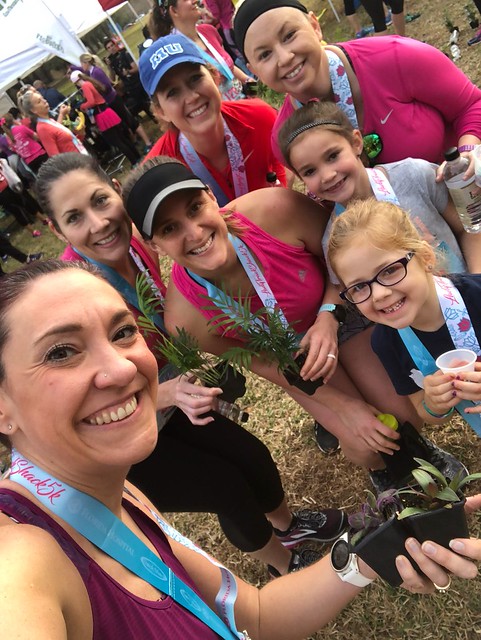 Thanks to the Orlando Track Shack for another amazing race! We’re already looking forward to next year!