We ended spring break with a day trip to Hollywood Studios. We decided that we would maximize our time at the park and planned to stay the whole day, which is not something we normally do.

My original plan was to meet Buzz and Woody before our first fast pass, but Donald and Daisy were right by the entrance, so we stopped for pictures and autographs. Kenley is really into having the characters sign our character book. I love the picture of she and Daisy together. 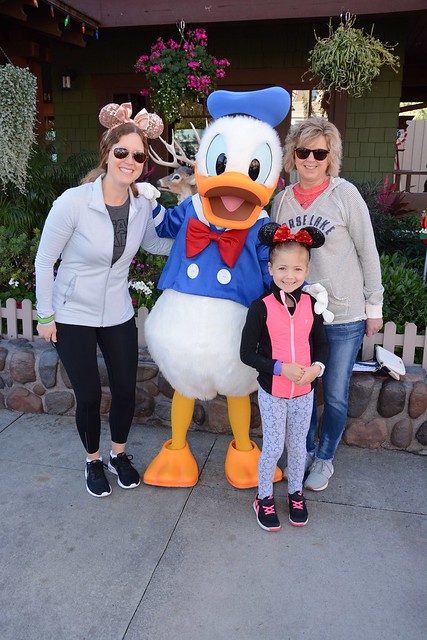 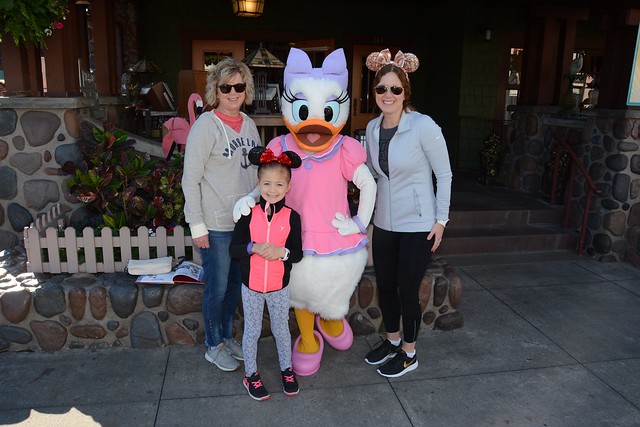 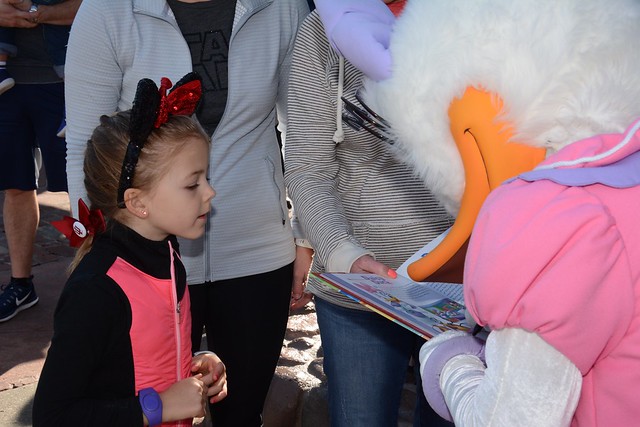 Our first fast pass was put on hold since Toy Story was down (an important detail later), so we headed to Star Tours and were able to get right on the ride. Star Tours is Crosby’s favorite ride so I was happy to have him be able to do it twice in one day.

After Star Tours, we watched the March of the First Order and headed to the Launch Bay to meet Kylo Ren. 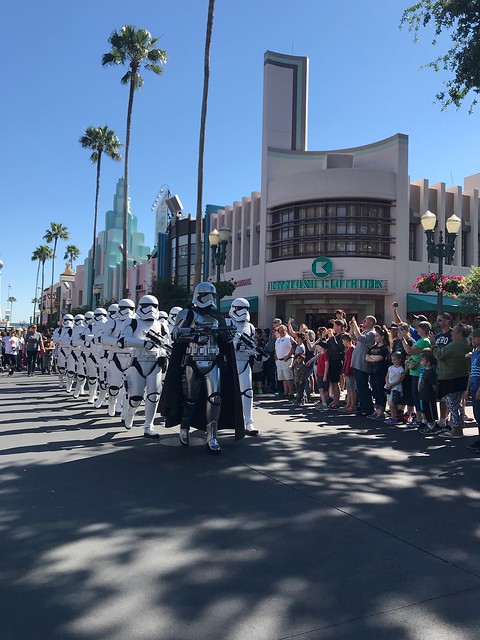 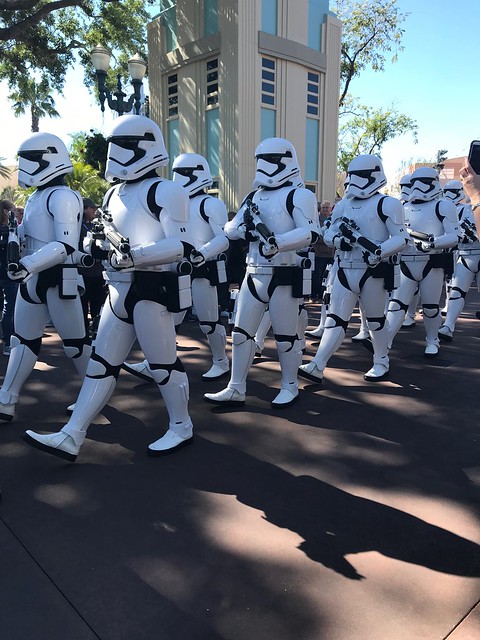 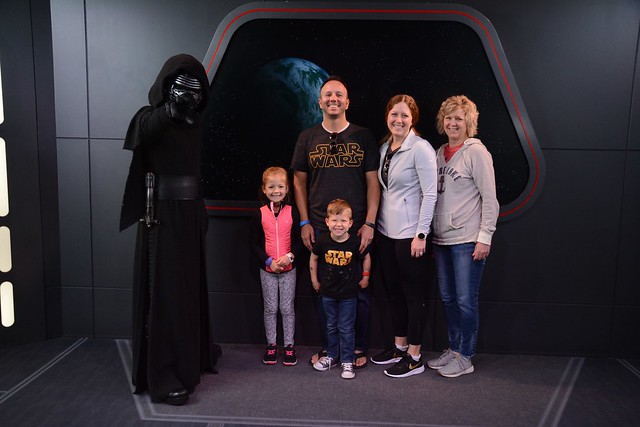 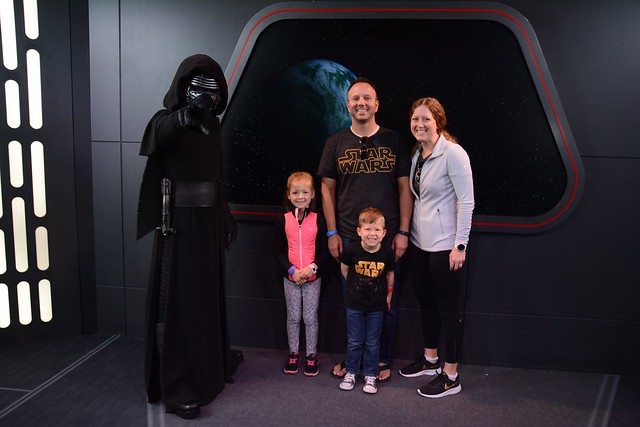 Toy Story ended up opening again, so we were able to use our fast pass later on in the morning (along with every other person in the park), but we were excited to get on it. It is one of our absolute favorite rides of all the parks. 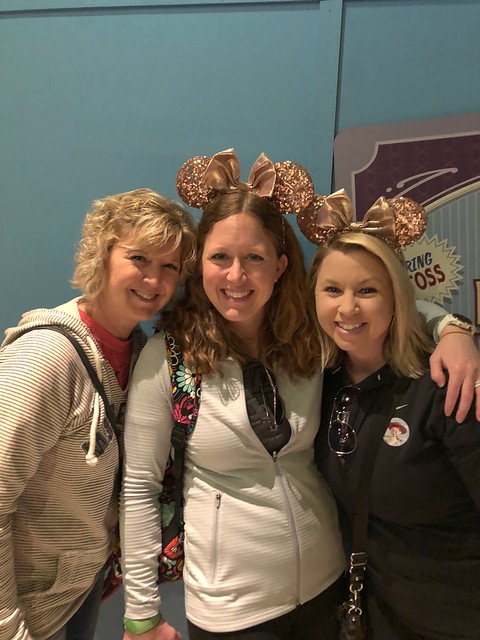 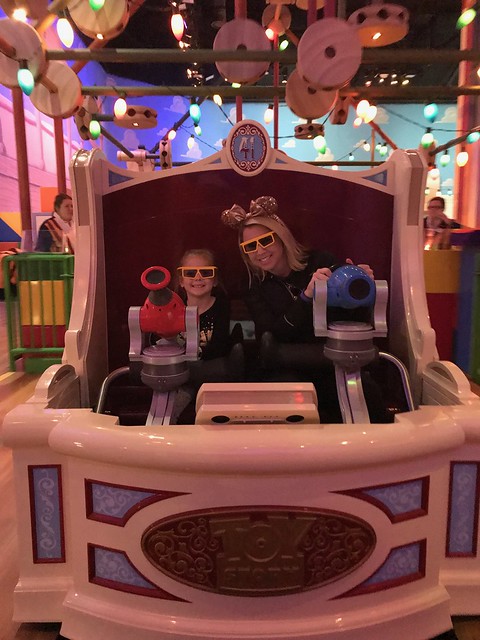 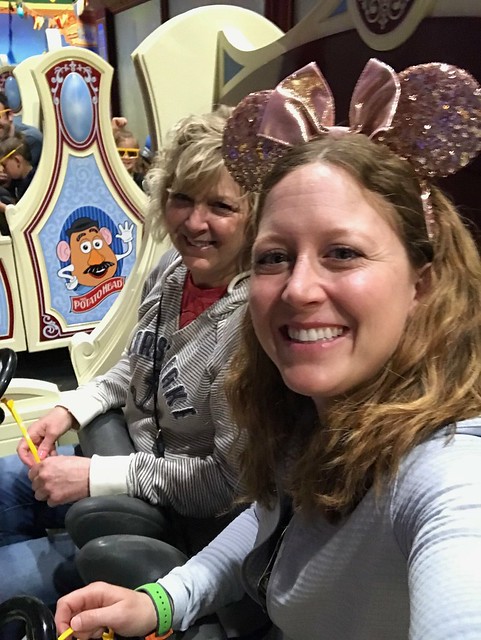 In hindsight, it probably wasn’t the best idea to get on a ride that had been down all morning because we got to the end of the ride and it stopped…then it stopped again, for good. Several very nice cast members came to get us out of our seats and walk us out of the ride. They had already cleared all of the guests in the 2+ hour waiting line and gave us an extra fast pass to use that day. We were making memories, that’s for sure!

After lunch, we headed to Tower of Terror. Greg and Kenley rode this together once, but I hadn’t been on it in so long. Kenley talked about it all week long, but started to get nervous as we boarded our elevator. I forgot how cool and thrilling it is! Kenley likes it but definitely had a death grip on my arm the whole time (as you can see in the picture). 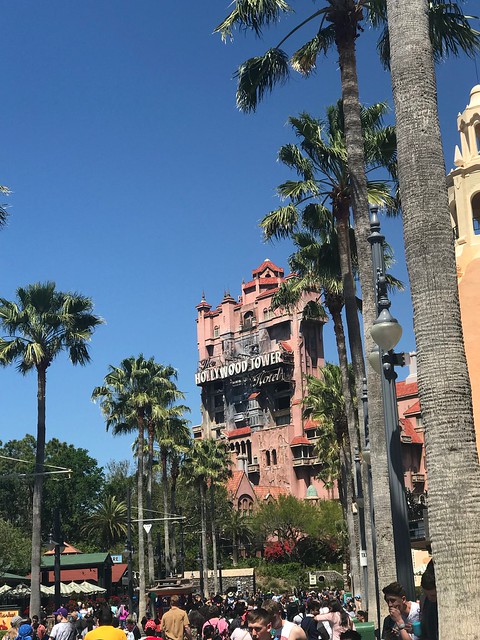 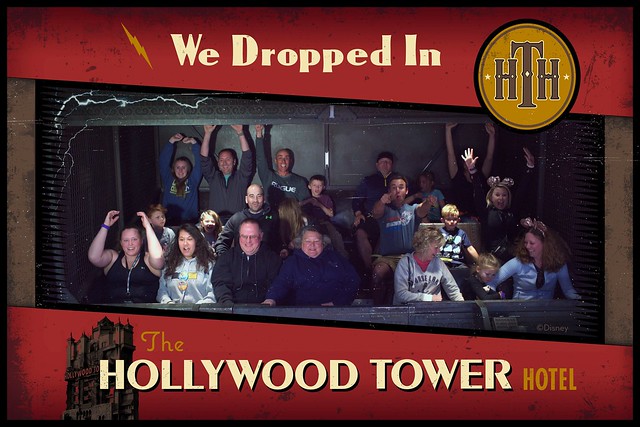 We used our extra fast pass on the Rock ‘n Roller Coaster! Kenley was adamant that she wanted to ride it but I wasn’t sure she would be tall enough. She stood very tall and was so excited to ride it. She and Greg wanted to make silly faces, but you can see the surprise in she and Jackson’s eyes as we took off. They both loved it and Kenley can’t wait to do it again. I love that she is fearless with roller coasters because I definitely wasn’t like that when I was her age! 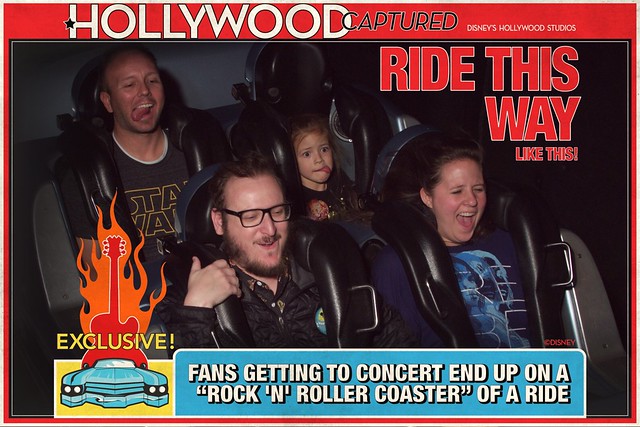 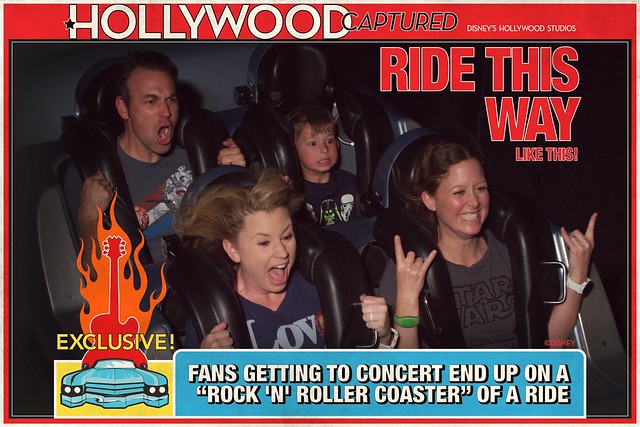 I went for a second time with mom so she could use her fast pass too. Crosby was so good while he waited for us, so we happily went back to ride Star Tours again for him. 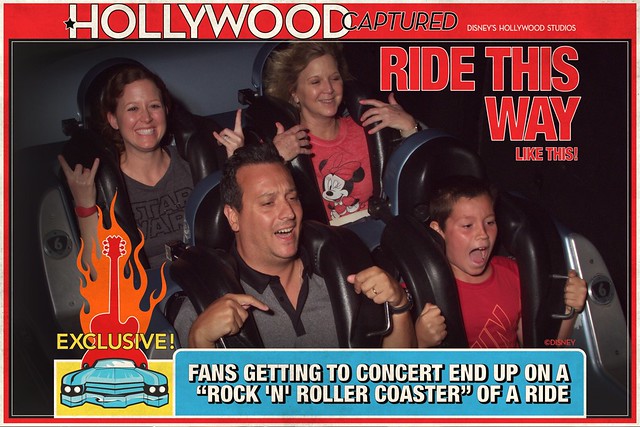 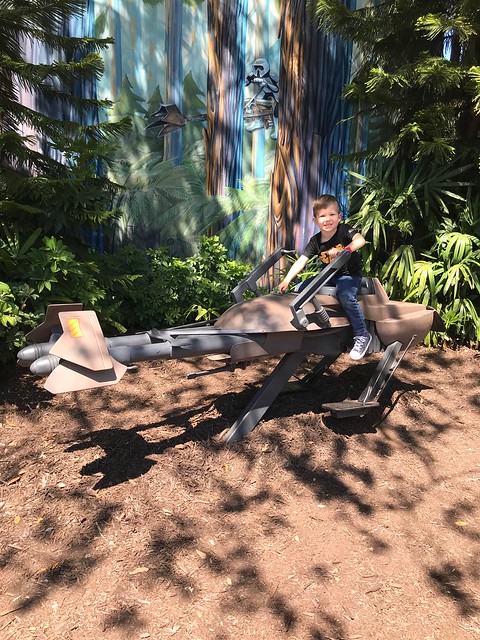 We had such a fun day at Hollywood Studios. The weather was amazing, the park wasn’t that busy, and the company was great! 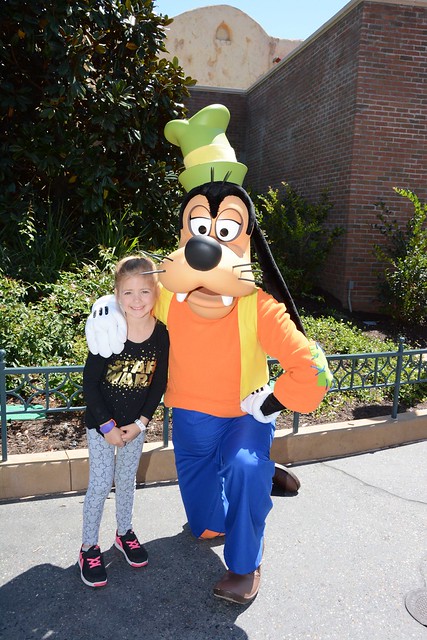