The kids started school one week ago! I have to say there was much less anticipation leading up to the first day, unlike last year. It was really interesting to go back and read last year’s post, especially since Crosby was starting at a different school last year before we made the decision only a couple weeks later to quickly change to his current school. It seems so much longer ago! Nonetheless, he’s is starting VPK (voluntary pre-kindergarten) this year, which means only one more year until they are going to the same school again! 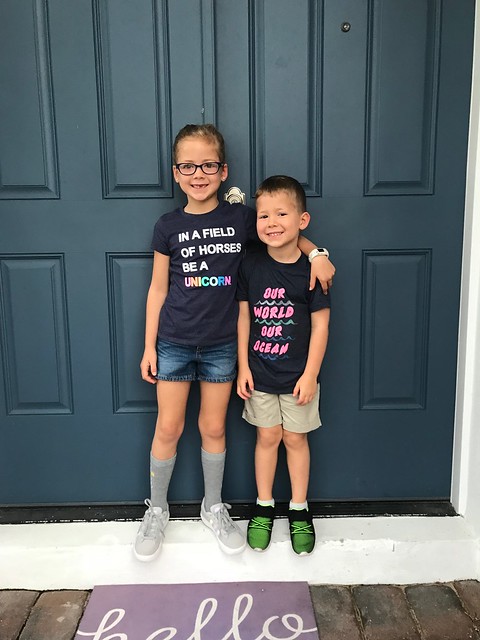 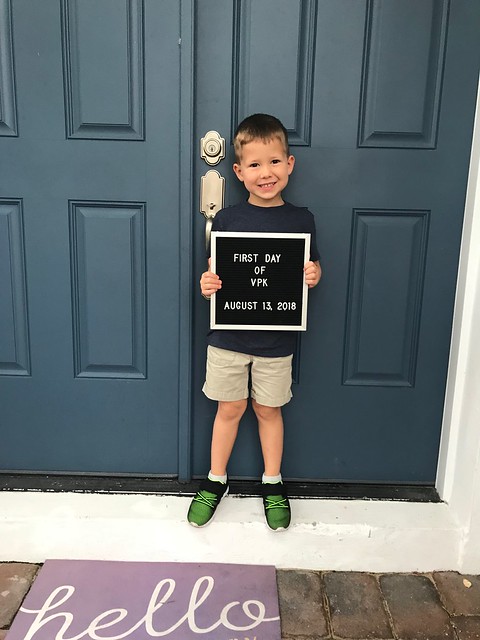 Kenley started first grade with one less tooth this year! Greg pulled her top tooth the night before school started. Even a week later, her smile still catches me off guard! She was so looking forward to getting back to school, meeting her teacher, and the new friends in her class. She was also happy to find out that some of her old friends are in her extended day class so it’s the best of both worlds! 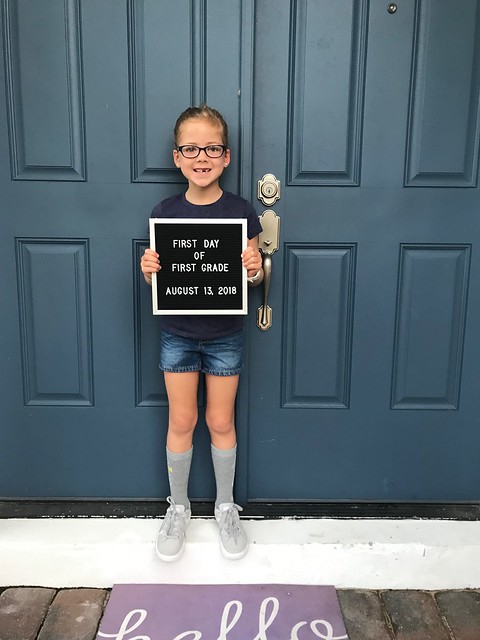 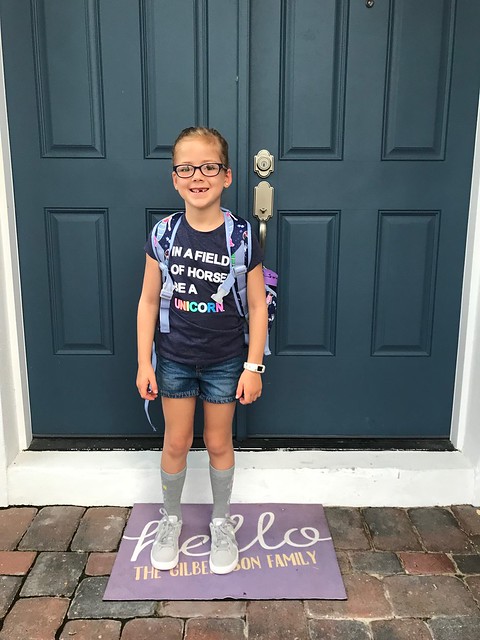 We headed to Crosby’s school first which was super busy and full of families dropping off their kids. He did such a great job. We made our way to Kenley’s school next since we were allowed to walk her in on the first day. I was happy to see that our sidewalk chalk wasn’t washed away by the rain the night before. 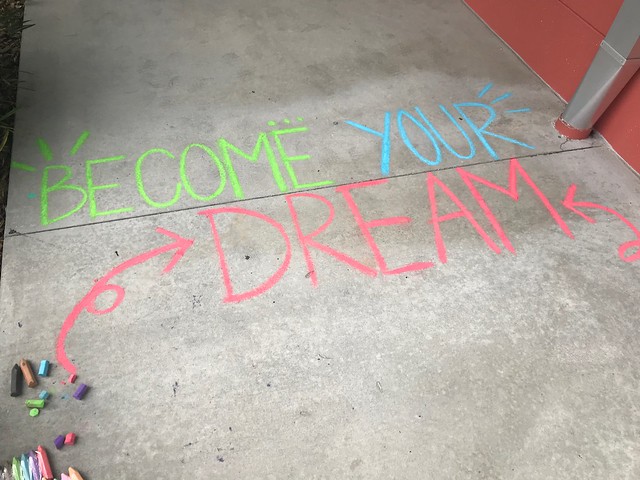 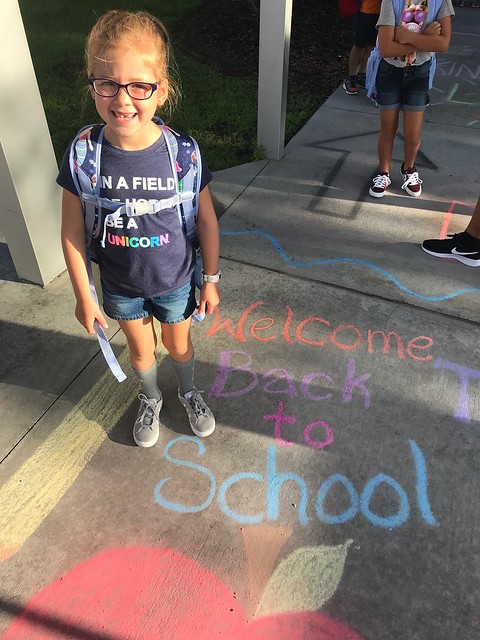 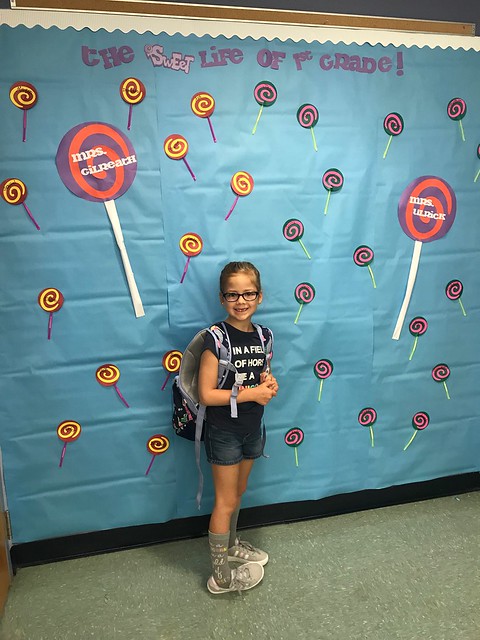 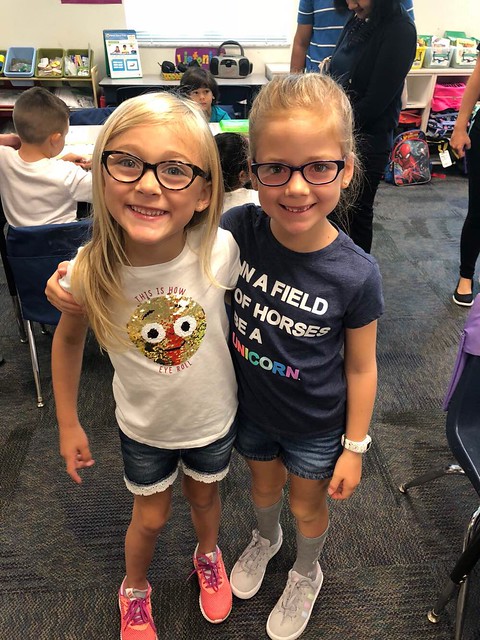 Both of the kids had great first days of school. We are looking forward to a great year!