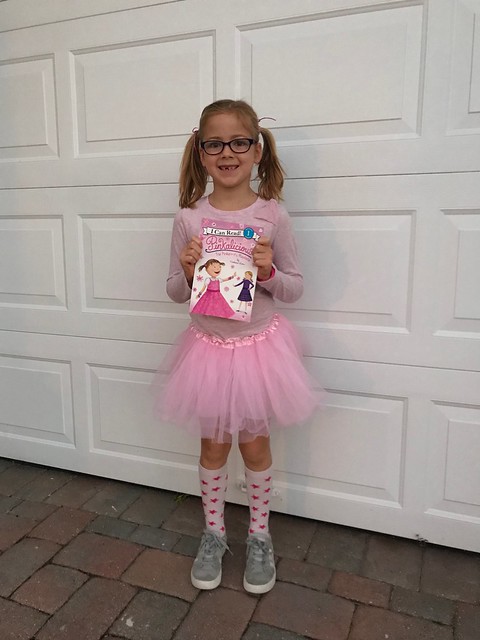 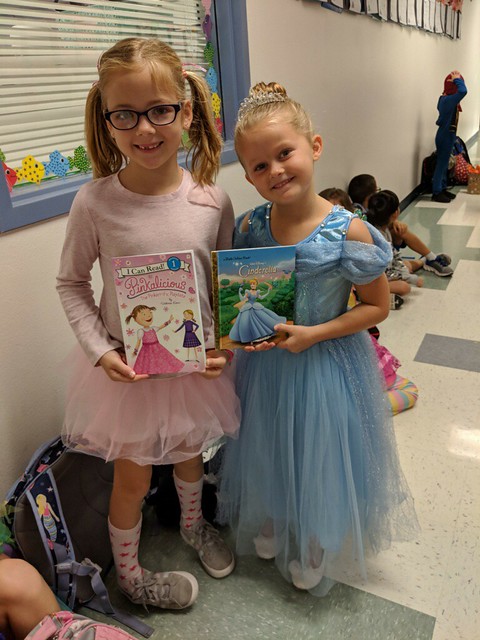 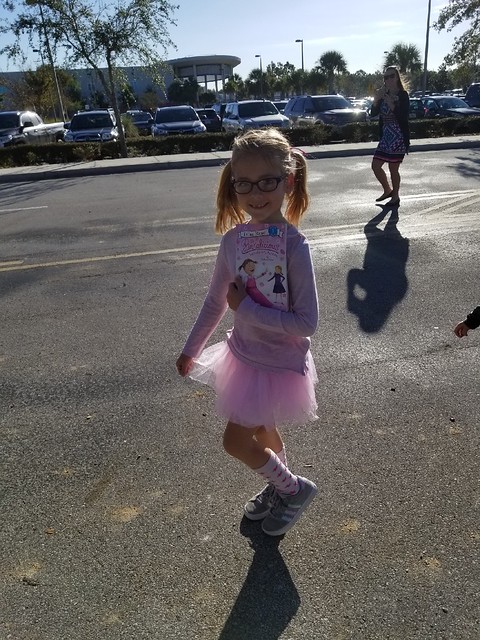 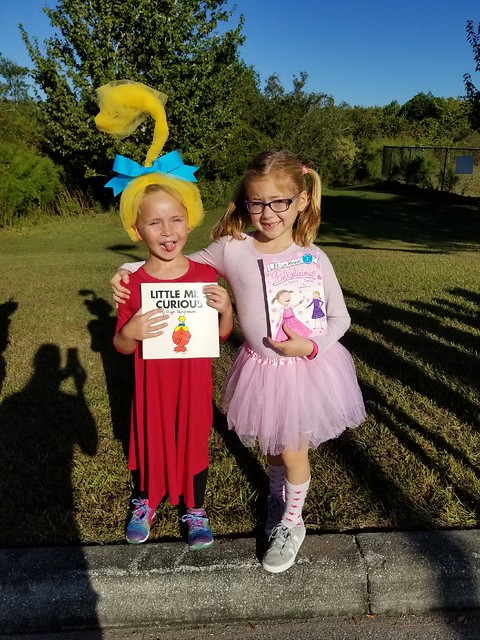 By night, the kids transformed into Addison, the cheerleader, and Zed, the zombie from the Disney Channel movie Z-O-M-B-I-E-S. The movie is super cute and the kids love the soundtrack so it was a quick and easy decision on who they would be this year. Unfortunately, Crosby made a last minute decision to go without the green hair and zombie make up, but they still looked super cute. 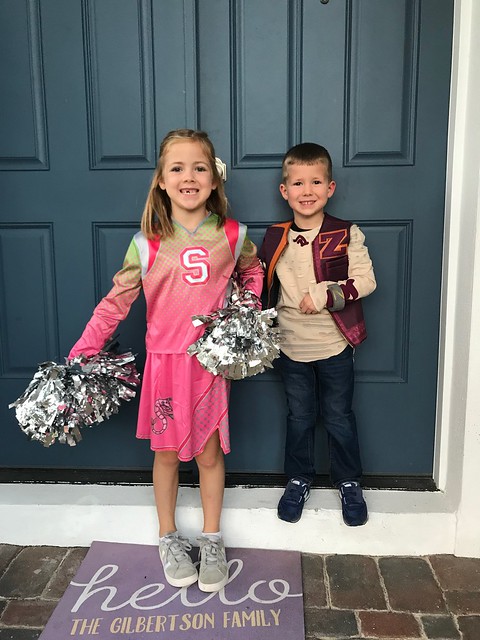 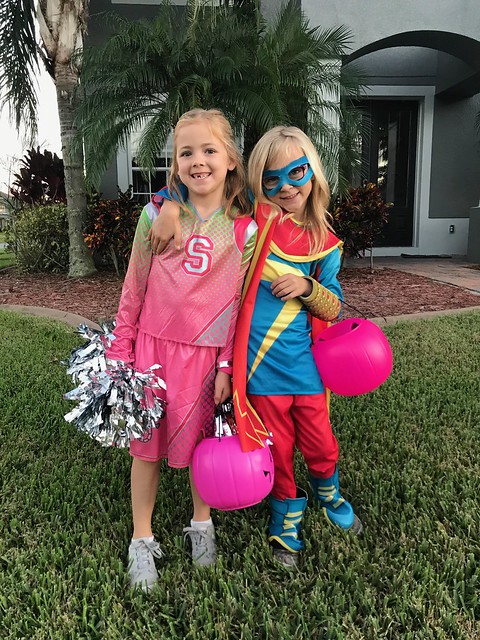 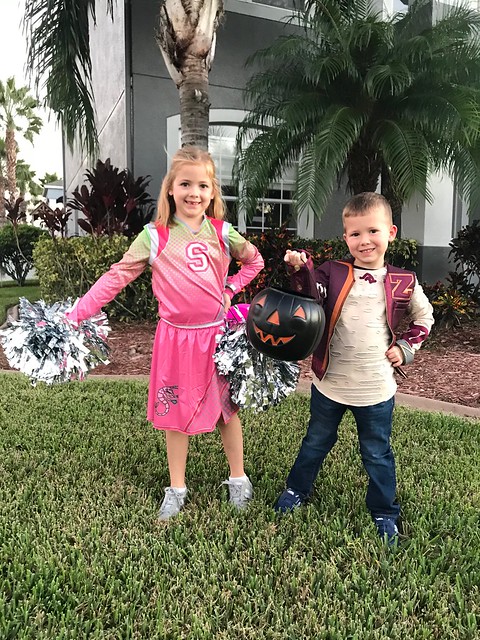 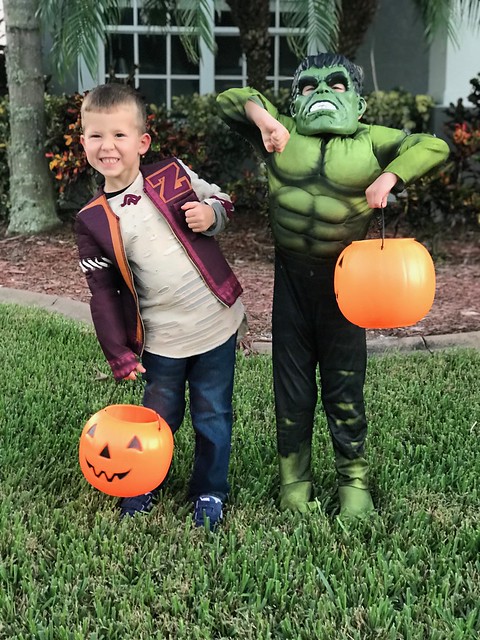 We headed around our neighborhood to trick-or-treat and check out all of the decorations. Our neighbors really go all out! It seemed more crowded this year too! The policeman on duty was driving around all night playing the Halloween theme song which was super creepy, yet awesome. 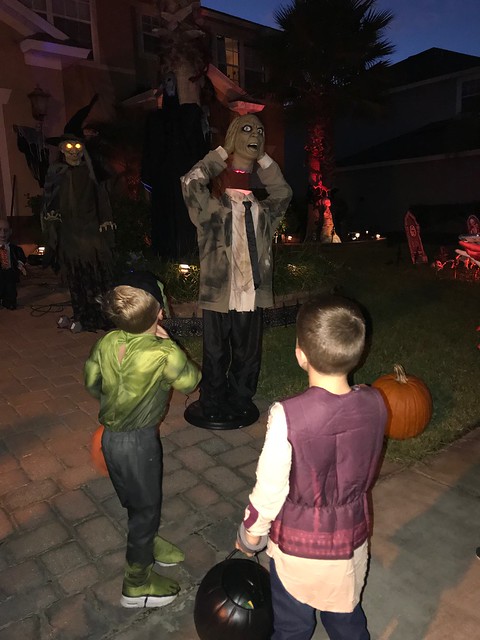 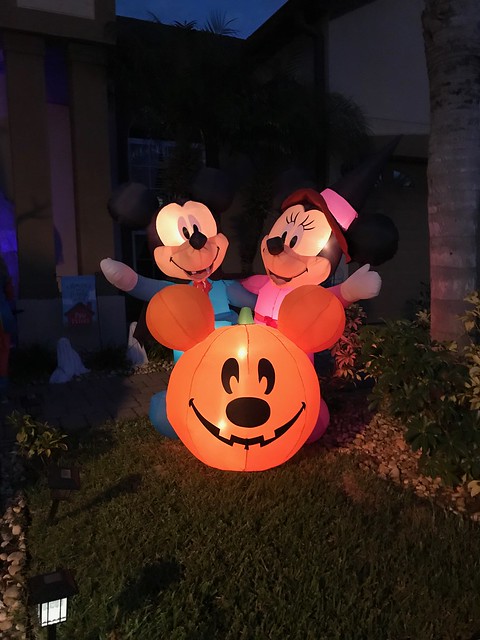 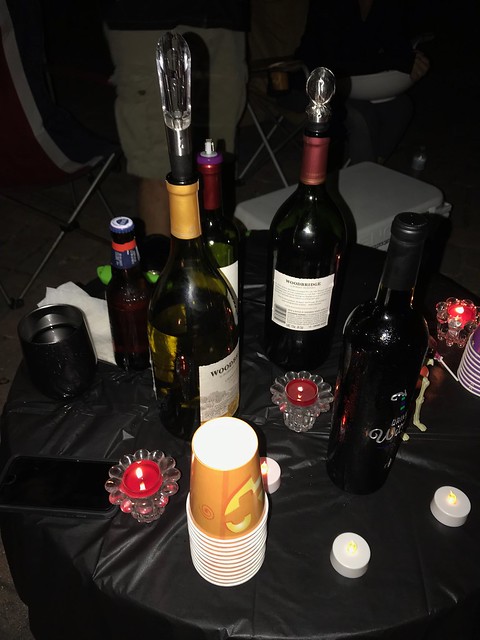