In November, Heather and I ran the Wine and Dine Half Marathon! This was my second Run Disney race and yet again, it did not disappoint.

I headed down to the expo on Friday night after work. I went by myself which gave me some time to browse the booths and do a little bit of shopping, but the expo closed at 7pm, so I didn’t have a ton of time. 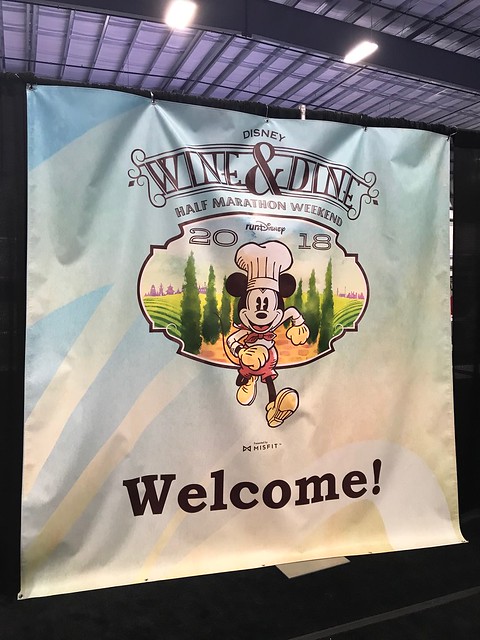 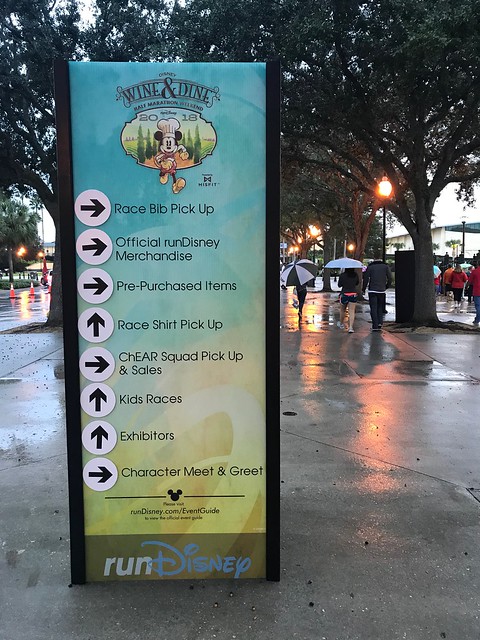 It was a good thing I didn’t have the kids, because there was a lot of walking involved between picking up the race bib and the race shirt. I’m talking two completely different buildings here…in the rain. 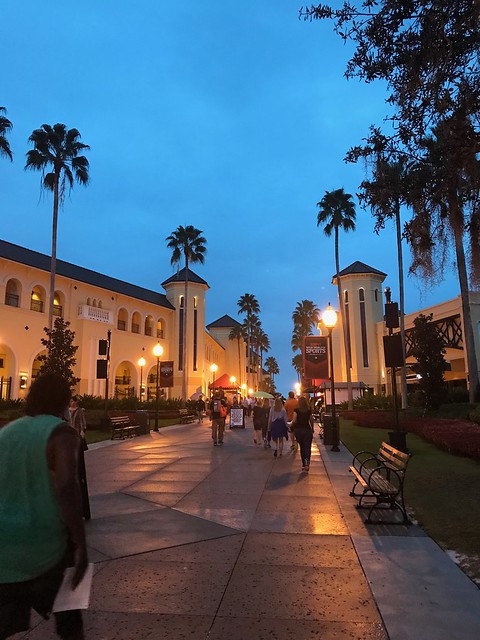 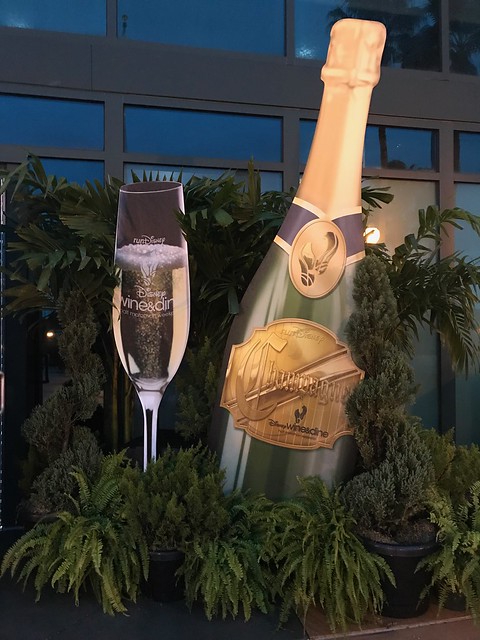 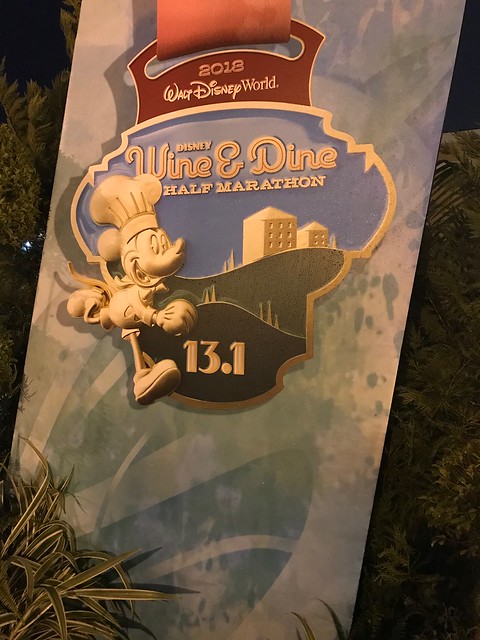 We did not stay on Disney property for this race as Greg had to work the whole weekend. Thankfully, my mom came to town to watch the kids while I ran. We started the morning around 3:30am and headed down to the Epcot parking lot and finish line to park the car. From there, we hopped on a bus to take us to the Magic Kingdom parking lot to start the race. 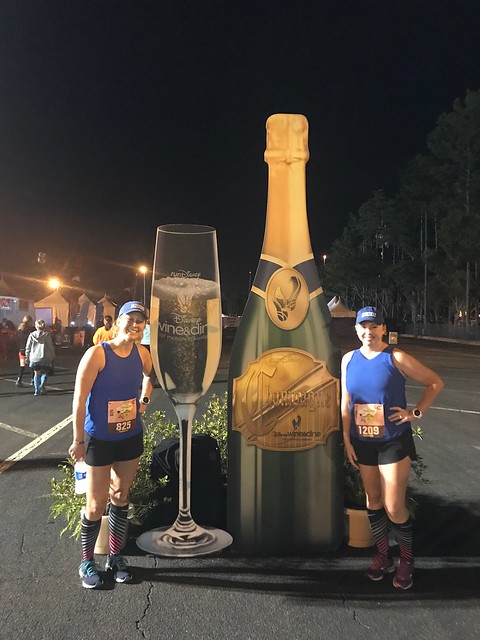 Since I registered for this race well enough in advance, I was able to submit a proof of time earning me a spot in corral C. We started the race after about only 20-25 minutes of waiting. Oddly enough, it started raining when we were in the corral. 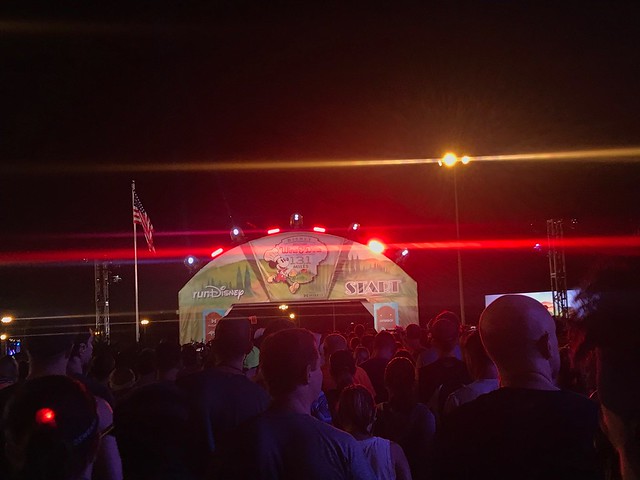 Our first park was Animal Kingdom! We took a slightly different route through the park and were able to run through Pandora at dawn. It was the perfect amount of light, but it was also dark enough to see the glow of the lights through Pandora. The picture doesn’t do it justice. 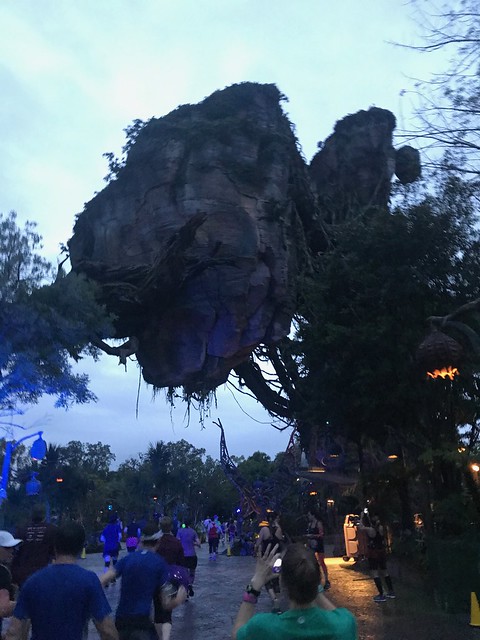 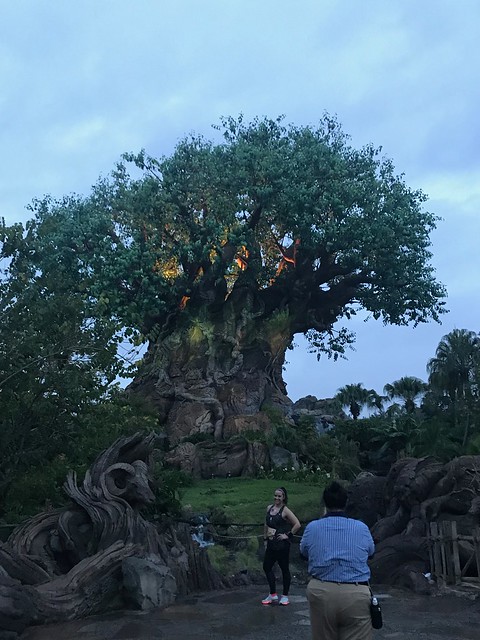 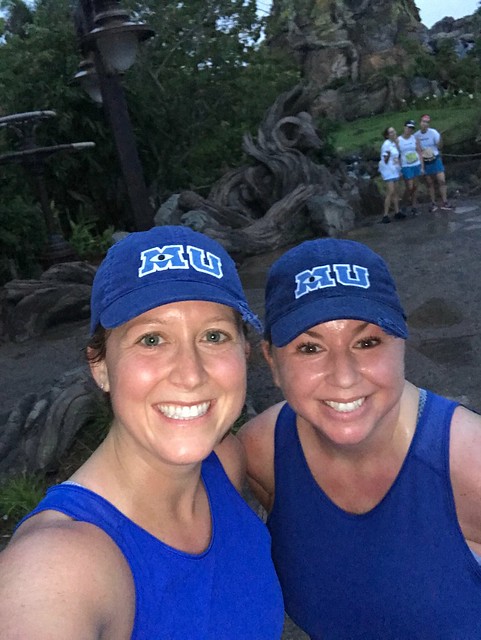 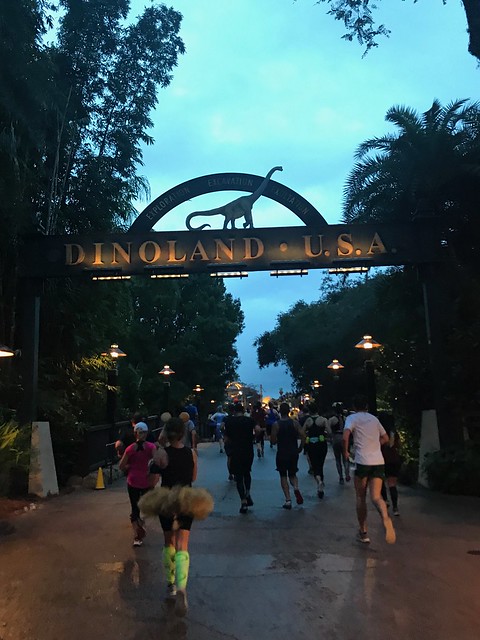 From Animal Kingdom, we had several miles of open road before reaching our next park. Along the way, we saw a toy soldier! We were in line to get our picture with him, but then he started making the runners do push-ups, so we were out! 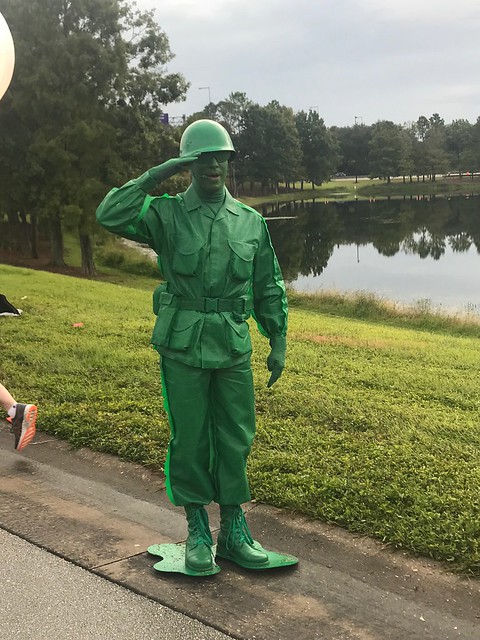 We entered Hollywood Studios around the ten mile mark. It’s amazing how the worst part of the race (miles 10-13.1) is filled with the most fun stuff! It’s such a great distraction. We ran through the back of the park by the Tower of Terror and saw Mr. and Mrs. Incredible just as we entered. Hollywood Studios is our favorite park, so we stopped a couple times for some pictures before heading out. 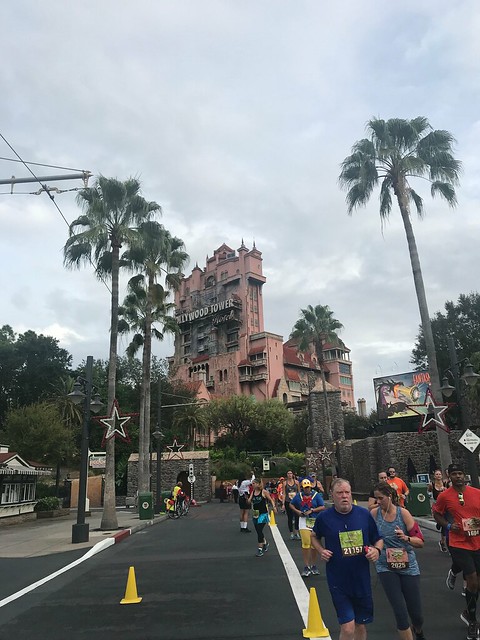 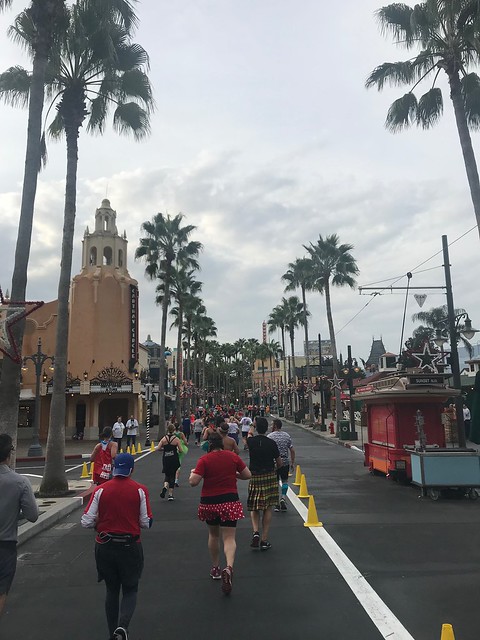 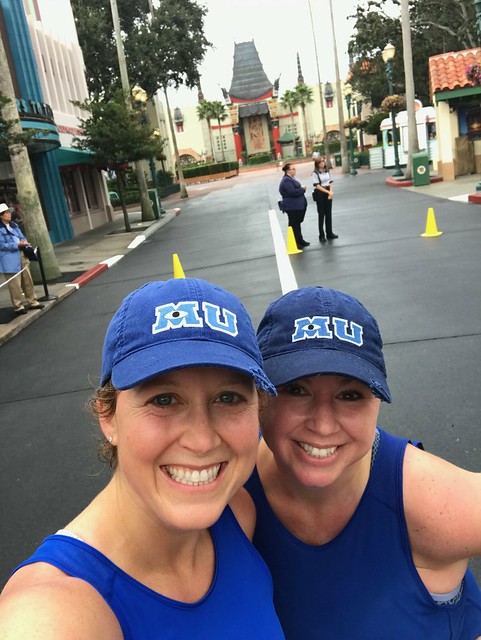 We made our way through the Boardwalk on our way to Epcot and most importantly, the finish line. We saw the Swan and Dolphin resort, the Boardwalk resort, and lots of spectators! 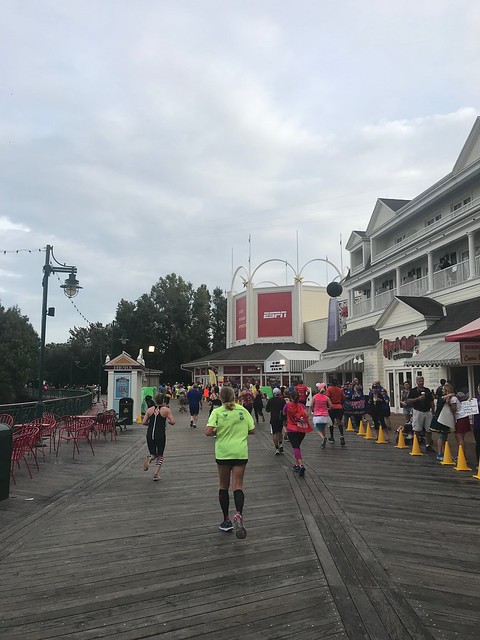 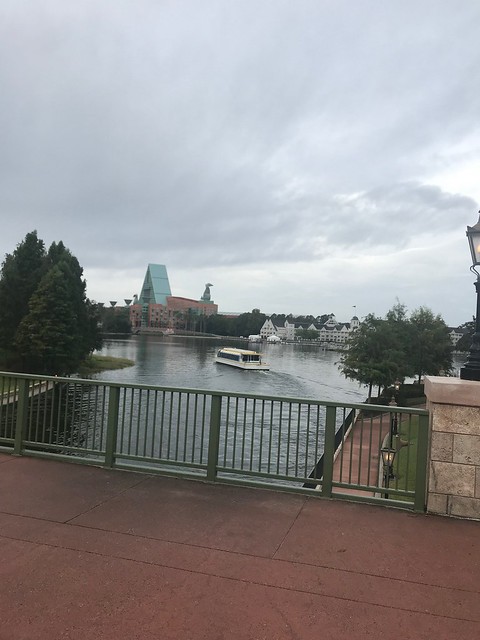 We entered Epcot at the entrance coming from the Boardwalk and ran down through England. We circled back towards France to run through the rest of the countries around the world. 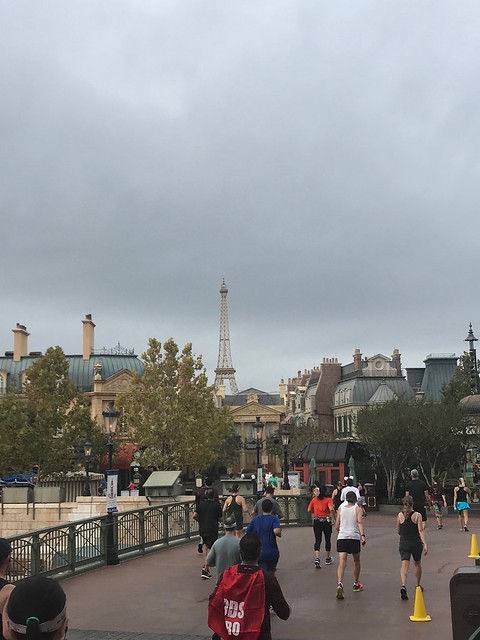 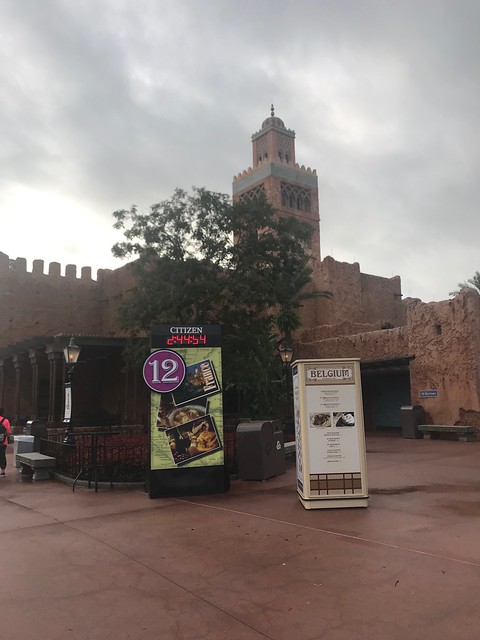 As we made our way towards the finish line, we passed the giant golf ball and headed into the Epcot parking lot. 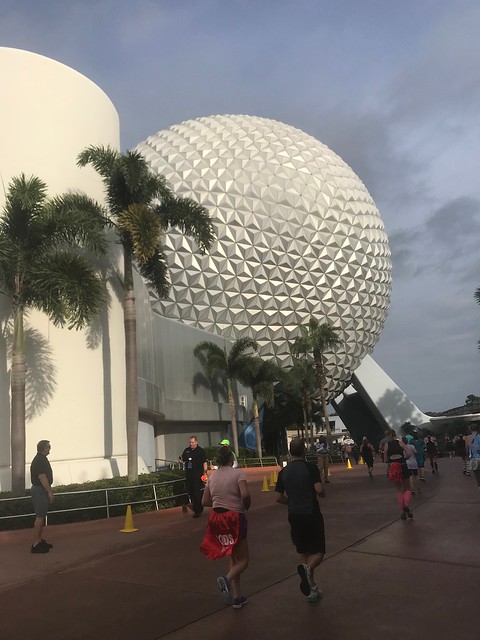 We unintentionally timed our finish perfectly and headed into Epcot as soon as the park opened at 9am. We celebrated with mimosas in the Wine & Dine Festival Center. 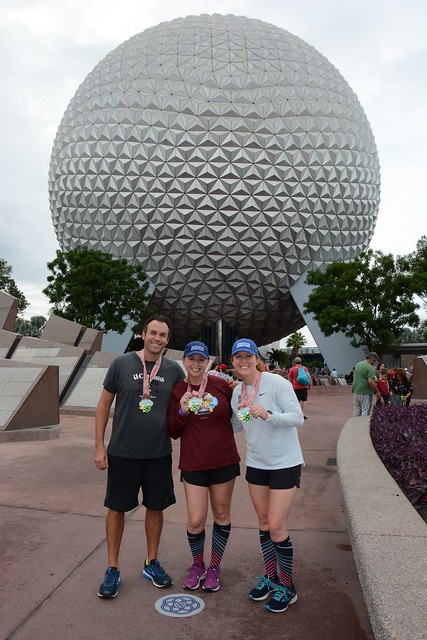 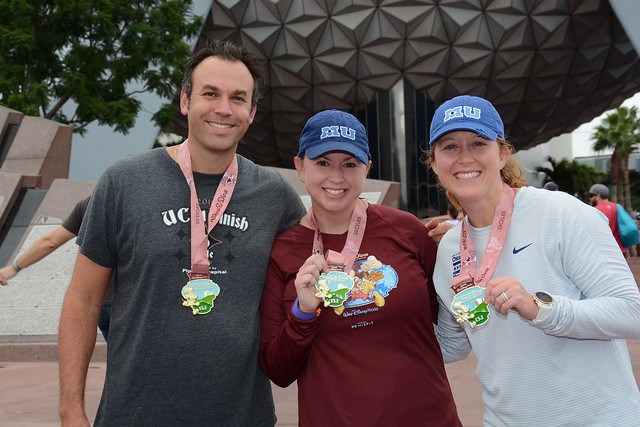 One of the best perks of the race this time around was that I was able to download all of my race photos since Photo Pass is included with our annual pass. We made every effort to get our picture taken by every Photo Pass photographer we saw! 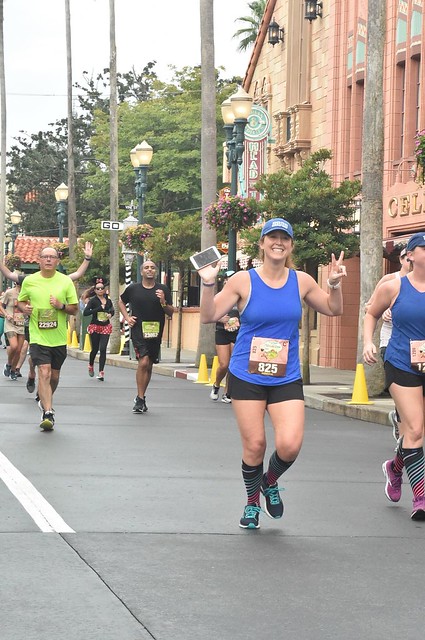 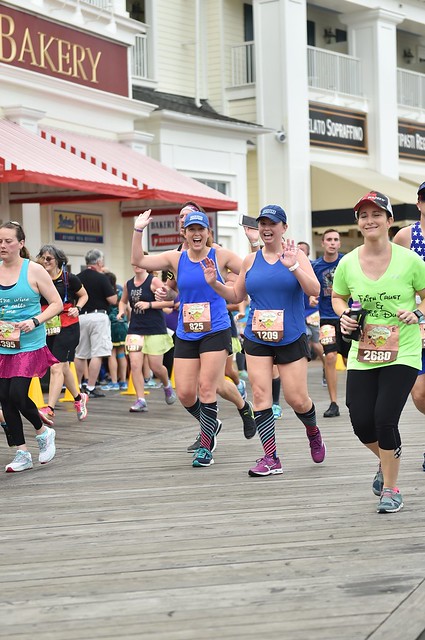 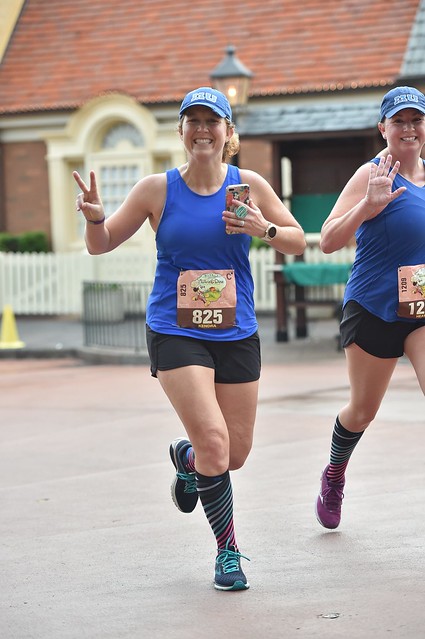 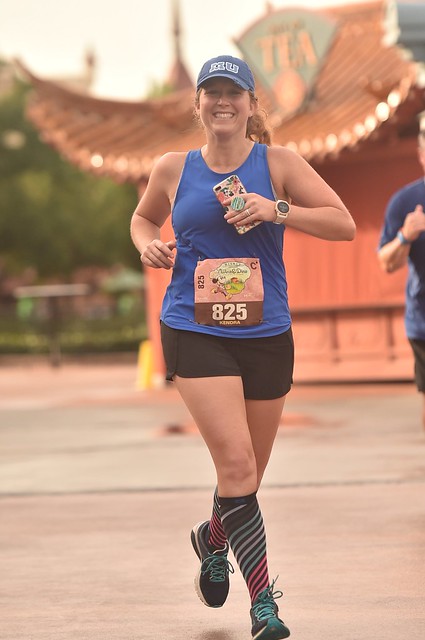