As Potty Training Awareness Month comes to an end, I want to share another post I wrote last year that was originally posted on Orlando Moms Blog.

Just writing those words makes me want to pour a glass of wine. We’ve survived two potty training endeavors and learned many things from the two very different experiences. One thing I’ve learned is that what they say about potty training boys versus girls is not true.

When it came time to potty training our son, everyone said that boys are so much harder than girls and that we shouldn’t expect him to pick it up as quickly as our daughter did. After potty training a girl and a boy, I can honestly say I don’t find that statement to be true. Whatsoever. In certain aspects of potty training, each of them did something better than the other and there were several areas that differed between the two which would make anyone’s potty training experience different from someone else’s experience.

My daughter is older and was potty trained at 26 months old when my son was just two months old. She was cloth diapered until we started the 3 day potty training method and we were determined to get her out of diapers. She seemed so old at just 26 months, compared to her newborn brother, and we KNEW she was ready to be potty trained. She did a great job, but it took her eight days before she was able to poop in the potty. It was a very long eight days, but since she was our first born, we didn’t know any better. She was staying dry through the night without a diaper or a pull-up before she was able to go number two in the potty. After those eight days, potty training was over!

Fast forward two years when my son was 2 and a half years old. He had also been cloth diapered for two years, but he ended up wearing disposable diapers for about six months until we decided to finally give potty training a go. Based on what everyone had said, my expectations were not high and I was honestly dreading the whole experience. However, having an older sister, my son was far more interested in the potty well before we started potty training. He got used to sitting on the potty and even using the potty just by watching his sister. Since we had such a good experience with the 3 day potty training method, we knew we would use it again. My son picked it up in just over two days, both number one and number two. We were shocked and couldn’t believe that he caught on so quickly, especially after what we had heard about boys. He did a good job at first staying dry at night, but he is a much deeper sleeper than his sister, so it took him a bit longer at night to stay dry. We were changing sheets more frequently than we did with my daughter. He still hasn’t worn pull-ups, but night time was a longer road than the day time.

Overall, every child is different. There are many different factors that play into how well or how quickly a child picks up potty training. Young toddler, older toddler, first child, second child, boy, girl, it doesn’t matter. Every child is unique and every child will get potty trained at some point. I’ve learned many things from our two different potty training experiences, but most importantly, don’t compare your child to another child.

June is Potty Training Awareness Month, so I thought I’d throw it back to a post I wrote about over three years ago that was originally posted on Orlando Moms Blog.

I cannot begin to tell you how many times the words “pee pee” and “poopy” have come out of my mouth in the last two months. They are now common words in our vocabulary and here’s how we got there.

We were anticipating holiday break from school for a number of reasons. Obviously, to celebrate the holidays and spend time with family, but also because of this looming reality that it was time to begin potty training our 26 month old.

My husband and I were more than ready, having just had our second child two months prior. We were OVER the double diaper duty. It was time. We decided to try the 3 Day Potty Training method after several recommendations from others. 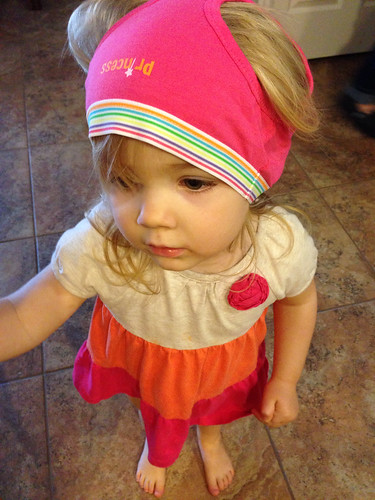 Here are a few things I learned during this process (ok, more than a few) and I hope you can use one (or all) of them when it comes time for you to potty train your little one:

While I would consider our potty training experience a success, I will tell you it was not easy, nor fun. It’s safe to say that it was toughest parenting hurdle we’ve had to jump to date. But it was so worth it!

So tell me, what are your successes and challenges when it comes to the “pee pee” and the “poopy”?

Happy Friday! I have two weeks of loves to share since I inadvertently skipped last week. My apologies!

Kenley had her first field trip last week and I was lucky enough to get to go with the class! We went to the SEA LIFE Aquarium on I-Drive and it was super fun. I think the highlight of the trip for the kids was riding the big, fancy bus where they got to watch cartoons on the ride to and from, but the aquarium was really cool too. It was our first time there, but it is actually included in our Legoland passes we just got, so we will definitely be back. It’s also right under the Orlando Eye so it was cool to see that up close and personal too. Overall, it was a super fun morning with her preschool class. 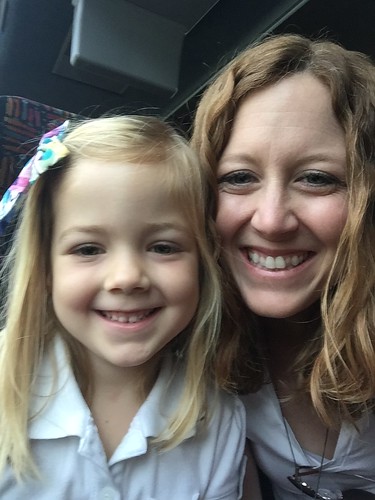 We tried a new recipe this week that I had pinned a while ago — Sweet Potato Noodle and Kale Casserole. I am not sure what took me so long to make it, but I had two sweet potatoes on the counter so it went on the menu for Monday. Greg was apprehensive because the word “kale” was in it, but we both loved it!! You could barely taste the kale, for the record. I was even pleasantly surprised with how good it was. The kids had some of it, but weren’t in love with it like we were, and that’s ok. It’ll be back on the menu soon enough. Speaking of, I’m over at Orlando Moms Blog this week sharing about how much I love meal planning! Check it out.

Thanks to not taking courses right now and not teaching quite yet, I have ample time in the evenings to catch up on what’s on TV. In the last week, I have watched about ten episodes of Grey’s Anatomy and I’m only three episodes away from being caught up. Shew, that is not an easy show to binge watch, my emotions can’t handle it! We also caught the first episode of the new season of Wayward Pines! I know that I’ve mentioned this show before and it was supposed to only be one season, but much to our surprise, it’s back! Yay!

My new Simplified Planner has arrived and I’ve already started filling in the pristine white pages. This is my fourth Simplified Planner and I switched it up for this coming year. For the past year, I have been using the daily, academic planner, which I love, but the smaller, weekly planner looked too pretty to pass up. I am excited to have something new to try! Yes, I realize my level of excitement over a planner may be a little much, but it really helps me stay as organized as possible. 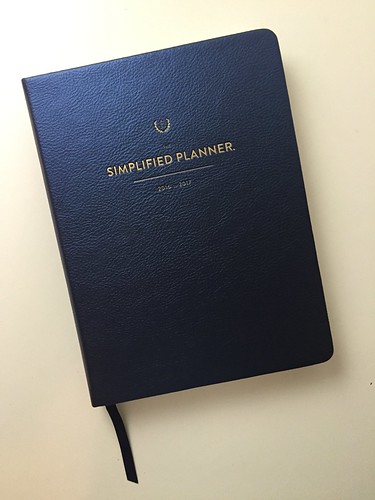 It’s the last Friday of the month, so head over and see what the other ladies are loving! Better yet, add your link to the link up and we can see what you’re loving!

Last night, I had the wonderful opportunity to get together with the other contributors of Orlando Moms Blog for such a fun night. I am dedicating my Friday I’m in Love post to gush on the amazing leaders, sponsors, and OMB team that made last night so much fun. I loved every minute of it.

The event was held at Bridle Oaks Barn in DeLand, Florida — my old stomping ground! It was absolutely gorgeous. Since I can’t get married there, I want to go to a wedding there. Or just host a party there. It’s so pretty. 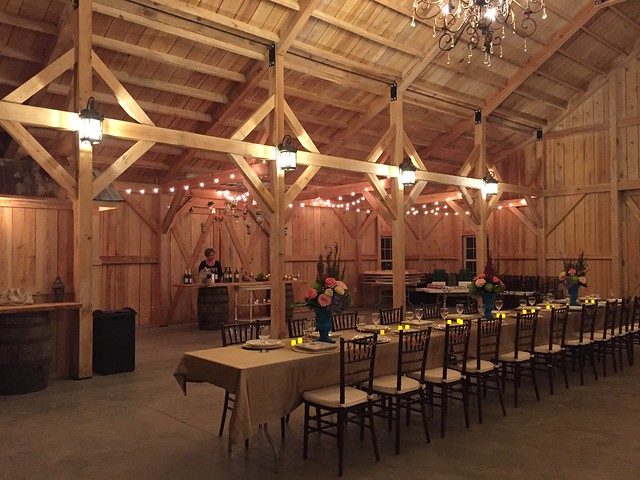 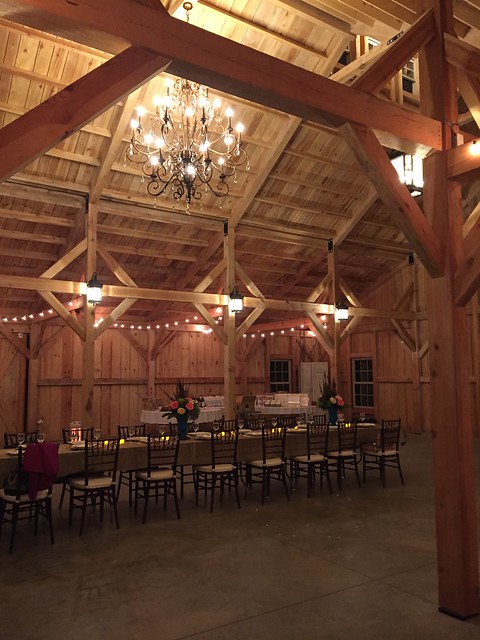 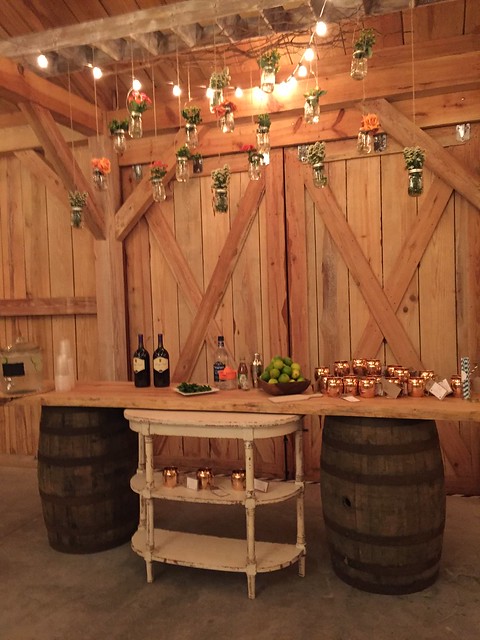 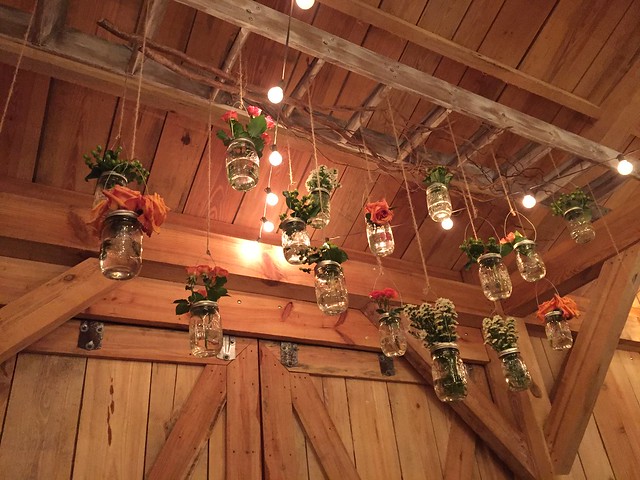 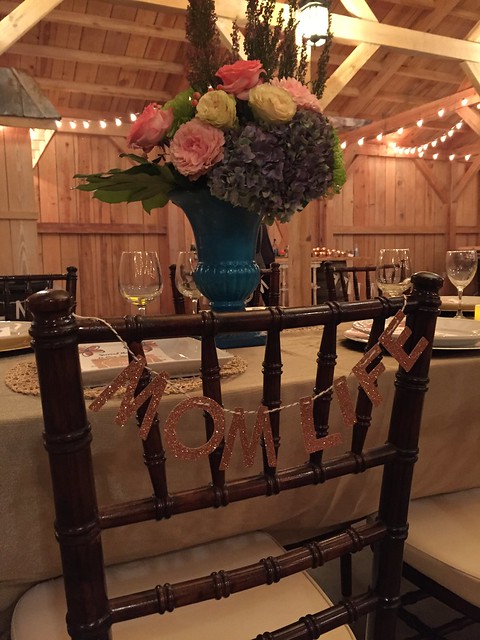 Our entire team was there, so we mingled, drank Moscow Mules, ate a fabulous dinner, took a lot of pictures, and were showered with gifts from the most amazing sponsors. Most of the businesses are local to Orlando, some are national that are based out of Central Florida, and most of them are all run by moms themselves, which is awesome! 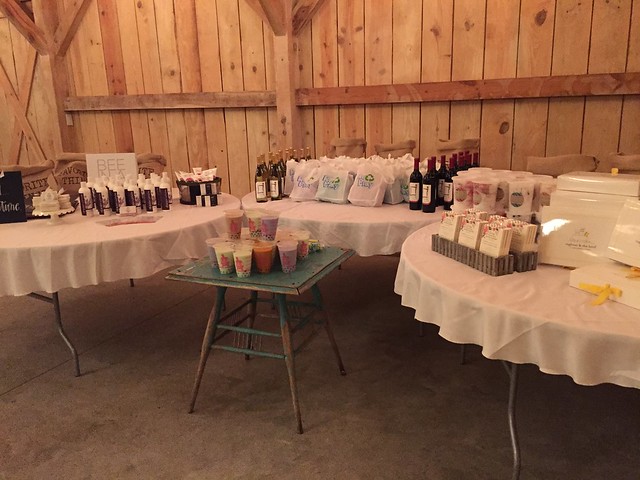 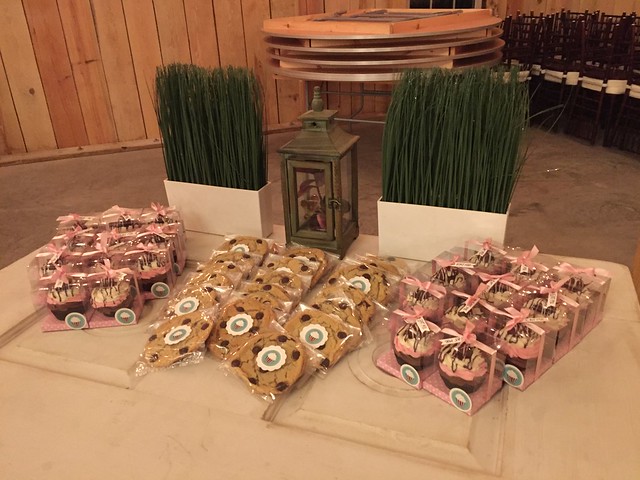 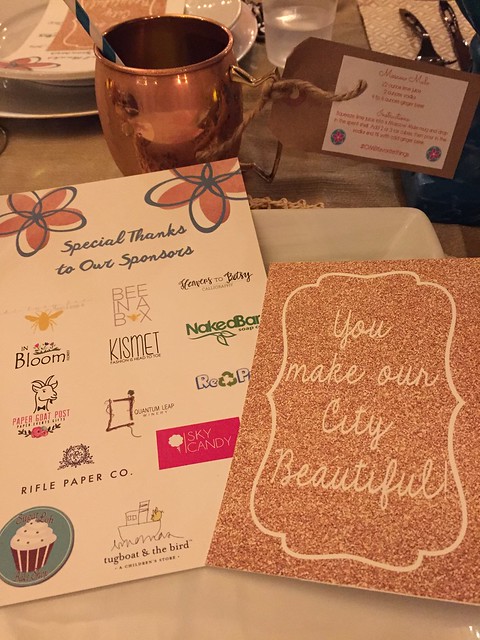 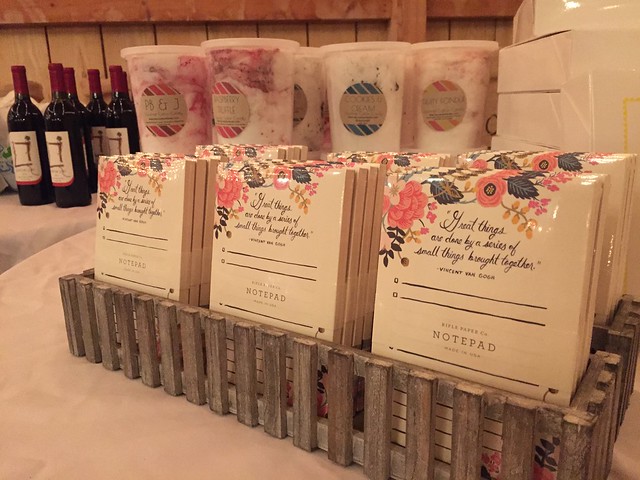 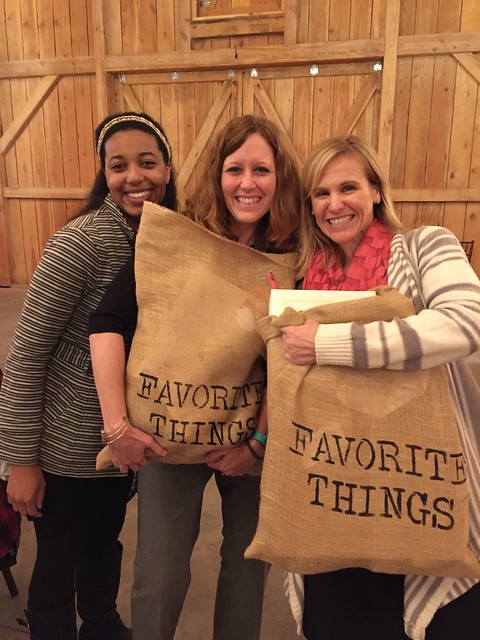 I haven’t gotten to really dive into all of my favorite things that fill these adorable burlap bags, so you know that is what I’ll be doing this weekend. You can see a full rundown of all of our amazing sponsors over at Orlando Moms Blog and be sure to follow OMB on Instagram for an chance to win everything that we received! If you’re on Instagram, check out our hashtag #OMBFavoriteThings for more pictures of our fun night!

Don’t forget that our linky party is up the whole month of January, so head over and read what everyone is loving and add your link!

I’m over on Orlando Moms Blog today sharing ways you can show your support for Childhood Cancer Awareness Month. I am so excited to share that I am now a contributor on Orlando Moms Blog!
My first post went live today, so head over and check it out!